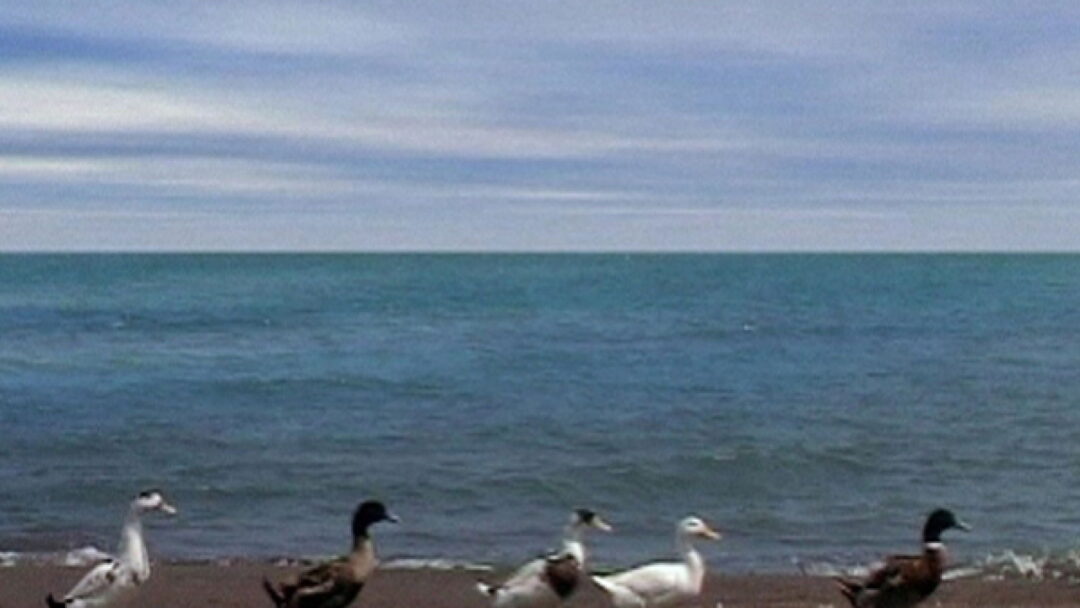 Even in his earlier, more relatively conventional films, Abbas Kiarostami always maintained an eye for radical formal experimentation. Close Up, for instance, is as much a meditation on the possibilities of fiction in capturing reality as it is a moving docudrama about an ordinary man so enraptured by art that he dares to impersonate one of his filmmaking idols. And though Taste of Cherry and The Wind Will Carry Us certainly don’t lack in human interest, both are also just as noteworthy for their use of Brechtian distancing devices that throw into question how much of what is seen is real or staged. Not much has changed since those films, thematically at least; his style, though, has shifted since 2000, with digital-video efforts like Ten and the film under review here, Five Dedicated to Ozu, leading the way toward an even looser, more probing and formally adventurous cinema. Five pushes Kiarostami’s formal experimentation to a minimalist extreme; as befitting its title, this 74-minute film is composed of five shots, varied in length and specific location but all lasting more than five minutes and set near a shoreline. With the exception of the first shot—a slow pan to the right, following driftwood that’s gradually worn down by crashing waves—the camera remains fixed, content to simply record as life happens in front of it.

But wait: Is it actually “life” or is it something staged to look like life? How much of the bark rolling around in the sand and eventually breaking apart in the sea was planned beforehand? Were the four elderly men who briefly chat with each other in front of the camera during the second shot merely a happy accident? One thing seems, or rather sounds, clear: The soundtrack for Five Dedicated to Ozu isn’t merely natural sound, but has been manipulated by Kiarostami for maximum immersive effect. In essence, Kiarostami is continuing his plays with fiction and reality, but in far more subtle formal ways. Of course, if we are to judge a work of art simply on the basis of what is actually up on the screen, then all of those questions are arguably secondary to the five shots themselves, and the thought processes those shots inspire in the viewer. Which leads to the question: What is Five Dedicated to Ozu about, if it is about anything at all?

One can view Five Dedicated to Ozu as an illustration of what Ozu left merely suggested. In Kiarostami’s film, we get a literal illustration of the passage of time in these extended takes; the Iranian filmmaker takes Ozu’s preoccupation with time and generations to the next level.

Let’s start with that title, with its explicit shout-out to filmmaker Yasujiro Ozu. On the surface, there isn’t much here to suggest a strong kinship with the Japanese master beyond an immobile camera. Certainly, Ozu’s films don’t contain any shots as long as the 28 minutes of night-into-dawn that closes Kiarostami’s film; plus, while Ozu’s films are full of dialogue—usually quotidian dialogue that more often than not leaves all sorts of broiling inner emotions oblique or plain unspoken—Five is basically dialogue-free. And yet, if one considers the kinds of themes that Ozu usually tackles in his films—most importantly, the passage of time and the changes said passage can bring in people, in societies and so on—then one can view Five Dedicated to Ozu as an illustration of what Ozu left merely suggested. In Kiarostami’s film, we get a literal illustration of the passage of time in these extended takes; the Iranian filmmaker takes Ozu’s preoccupation with time and generations to the next level, at least formally speaking.

The focuses of these five takes aren’t what one would consider echt-Ozu: objects and animals, for the most part. Only one take features human figures, and even then these figures offer no central characters to latch onto (at least other than those aforementioned four elderly men who chat with each other in front of the camera—but even then, the speech is inaudible and they are relegated to the background of the shot). Perhaps this is where the Ozu tribute ends and Kiarostami’s own obsessions begin. As with Taste of Cherry, the director composes in either medium or extreme long shots; the third take here, most memorably, is framed so that the sky and the sand engulf the dogs lying in the far distance.

These takes aren’t merely the sum total of their lengthy durations and careful framings; in other words, their intrigue isn’t just formal in nature. Five Dedicated to Ozu could be seen as an experiment in trying to wring maximum amounts of drama and/or contemplation out of minimal means. Thus, the process of a piece of tree bark disintegrating as waves crash onto the shore in the first take acquires all the power of a dramatic arc. And in the final take, a lengthy stationary shot of the reflection of the moon on a lake evokes all sorts of cosmic associations as night slowly but hypnotically shades into dawn. The beauty of Five Dedicated to Ozu ultimately lies less in any grand philosophical or personal statements, and more in the way Kiarostami uses daringly distended long takes to attune us to a different kind of drama—the drama of everyday life, the kind of drama that only the cinema could make truly dramatic. In that sense, the film may not conform to Ozu in style, but it certainly aligns with Ozu in spirit. 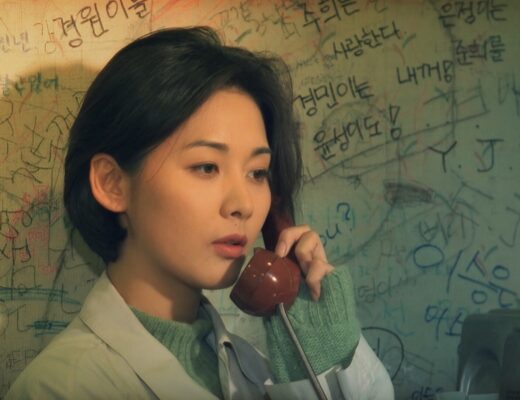 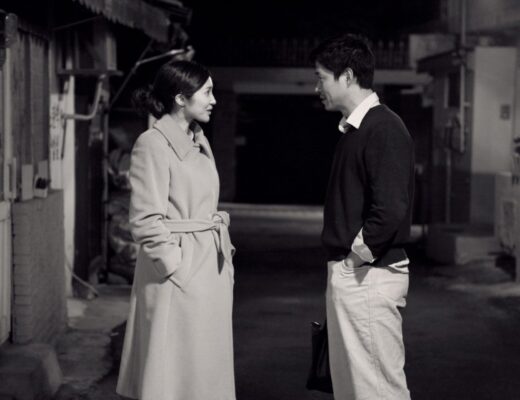 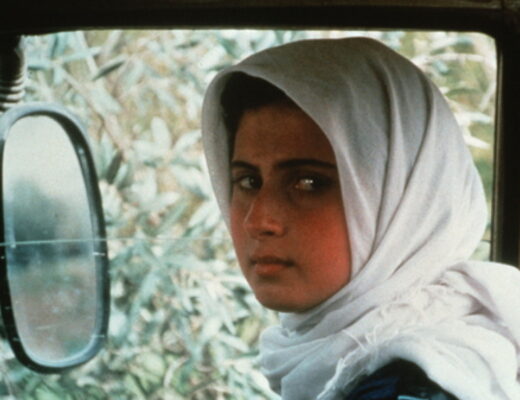