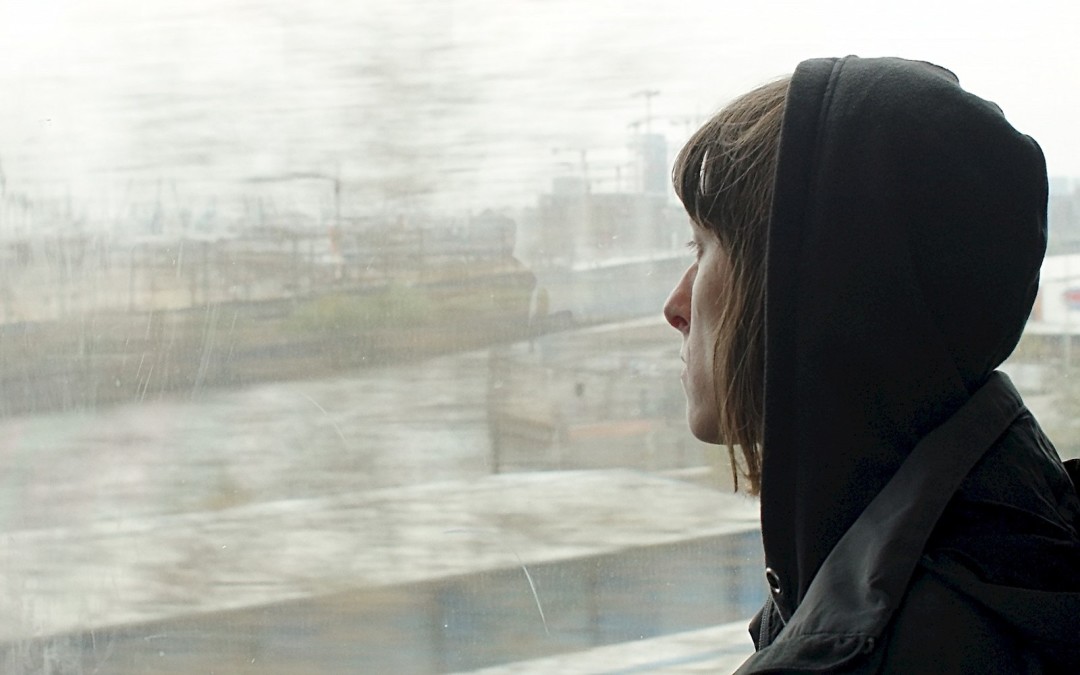 The 47th edition of New Directors/New Films runs from Wednesday, March 28th, to Sunday, April 8th. For our final dispatch: a new feature from the co-director of Beyonce’s Lemonade film (Black Mother); the debut feature from “idiosyncratic” New York filmmaker Rick D’Ambrose (Notes on an Appearance); a film about “contemporary, post-colonial Algerian life” (Until the Birds Return); a werewolf film that’s also a class commentary (Good Manners); and more. Check out our first dispatch here. 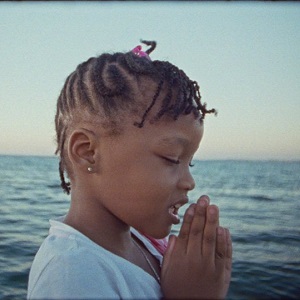 Across two features; several high-profile collaborations, including Beyonce’s Lemonade; and a widely recognized body of photography work, Khalik Allah has cultivated a style, based on street portraiture, that is striking in its intimacy and immediacy. More than just an aesthetic framework through which to situate his subjects, Allah’s Filmmaking becomes a whole way of seeing that encompasses people, places, circumstances, and ideas. While presenting his first film, Field N***as, at NYU in 2015, he talked about “trying to bypass what the physical eye sees.” Black Mother expands the focus of that project from a single intersection in Harlem to the nation of Jamaica, looking at, talking with, and listening to people born and raised Jamaican to evoke a sense of the religious, sociopolitical, economic, and historical factors that shape the country as it exists today. Allah’s decolonizing gaze works to restore voice and space to the indigenous people, as his elliptical editing unites the rural populations with struggling city dwellers in Kingston, and surveys equally devout Rastafarians, Christians, and Muslims. As with Field N***as, Allah’s Black Mother keeps image and sound out of sync with one another, as though occupying separate levels of perception, which creates a space for pointed juxtapositions and surprising associations. This is an enormous undertaking for a film that’s barely over an hour long, and that is perhaps overburdened by a structure and recurring imagery that parallels the three trimesters of pregnancy — though this framing device is especially poignant when one considers that Allah was himself born to a Jamaican mother, and that some of the people shown in the film are his relatives. Allah’s Black Mother represents a singular hybrid of documentary, portraiture, essay-film, personal history, and spiritual meditation. Alex Engquist 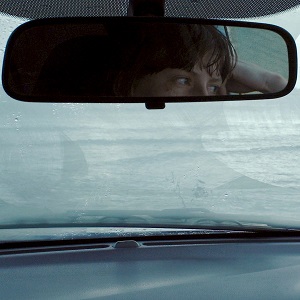 Drift is an experimental work with a loose skeleton of a plot about two women (newcomers Theresa George and Josefina Gill) — who are ambiguously related to each other, but probably more than friends — vacationing by the North Sea and then separating. Director Helena Wittmann is a working cinematographer from Germany and credited here, in addition to directing, for concept, cinematography, and editing. Wittmann impresses in execution as well as ambition, using the liminal spaces between her film’s scarce points of definition to explore the sensations that arise in the process of gaining distance from another person. To do so, Drift is catalyzed by the central pair’s disparate travels, their realigning of themselves with patterns of light and the cycles of the natural world. The ocean in particular informs much of the emotional and sensory character of the movie, captured through an array of stylistic adjustments; at times, the lapping waves fill the entire screen, while at other times, the bobbing uneasiness is conveyed by observing the meeting point between horizon and waterbody. In a few sequences, we hear something like the muffled trickling of water accompanying these images, while others are soundtracked by buzzing, droning synth noises. Wittmann’s striking compositions betray a facility with negative space, and toy with beautiful, overexposed streams of sunlight and high-contrast night photography. Like the immersion into a milieu found in a film like Pedro González-Rubio’s Alamar, though even more abstracted, Drift is an accomplished exercise in tonal control and aural-visual interplay. Charles Lyons-Burt 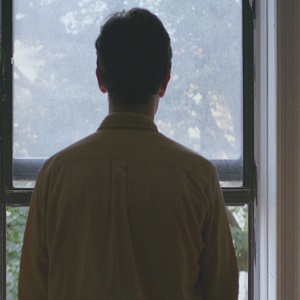 Ricky D’Ambrose‘s Notes on an Appearance is one of the most idiosyncratic feature debuts at this year’s NDNF. As with Ambrose’s NDNF-programmed short film Spiral Jetty, the scenario here is rife with genre appeal: A young man from a moneyed background disappears shortly after returning to New York City. D’Ambrose, though — working in the micro-budget range — resists expectation with his distinctive archival sense and his attention to detail. Notes progresses largely through spare sets and neoclassical framings, museum-like compositions and inserts of letters, newspapers, and magazines. Steeped in the milieu of New York’s so-called cultural elite and finely tuned to a sardonic, insider-view of the very same, the film is almost entomological in its chilly, microscopic precision. In its incessant flow of words and images, Notes confronts the essential barrenness of the cultural landscape on display — as exemplified here by a three-person panel on translation — and the paradoxically vapid attempts at filling the void. (“At your age you should be placing pieces in as many outlets as possible,” proffers one individual.) Towards the end, low-grade digital footage of a pre-9/11 city skyline — a foundational image of loss — seems to ask: Where have we really gone from here? Lawrence Garcia 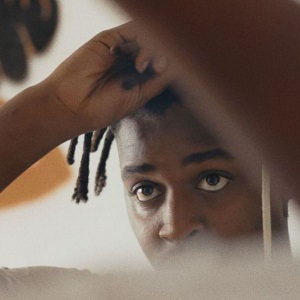 If directors João Miller Guerra and Filipa Reis have accomplished anything through their expansion of the world of their previous documentary’s subject — the Cape Verde-born, Portuguese-based Miguel Moreira — then it’s proving that fiction can be just as dull as reality. Moreira plays himself in the narrative film Djon Africa, with some fictitious differences; he spends his days either working a tedious construction job or shoplifting with his girlfriends. Moreira suddenly learns of the existence of his long-lost father, who may still be alive back in his home country, and a journey of self-discovery ensues, as he casually drifts from one shapeless episode to the next, with nothing dramatic enough occurring to make the journey feel like it carries much weight. Every encounter becomes tedious in its uneventfulness; even during the most lavish of parties, or the most solemn of introspective moments, the mundane approach taken by Guerra and Reis gives little interiority to their star, who in contrast has given them so much of himself. Paul Attard 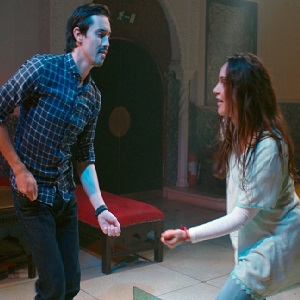 Karim Moussaoui’s Until the Birds Return boasts a multi-narrative, ensemble structure, weaving between the lives of three modestly connected sets of characters. The film’s focus is on the subjects’ separate experiences and what they say, taken together, about contemporary, post-colonial Algerian life. But Until the Birds Return isn’t self-congratulatory in the way it links these stories. The film proceeds mostly as a standard critique of the bourgeoisie, following a property developer and his family, a young woman ushered into domesticity, and a conflicted physician attempting to silence a voice that resurfaces from his past. Moussaui’s filmmaking suggests some formal chops, particularly through his Kiarostami-esque, hypnotic fixation on moving vehicles (though shot from the reverse of the on-the-windshield angle that Kiarostami favored). Less inspired is Moussaui’s use of pastels, both as camera filters and in costume design — though the brightly colored flights of musical fancy that occasionally dot the film do afford the filmmaker a coded opportunity to represent women’s liberation in an oppressive society. Ultimately, Until the Birds Return’s interweaving threads are united by a display of male negligence in the face of trauma, which is a compelling through-line. But the film largely fails to conjure more than a fleetingly compelling aesthetic through which to explore these thematic preoccupations. CLB 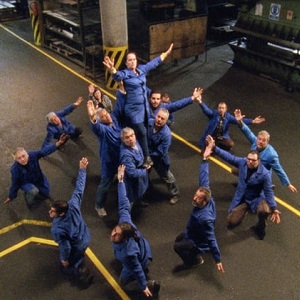 Pedro Pinho’s The Nothing Factory is a Marxist, near three-hour Portuguese drama about labor in a capitalist society. That description might make the film (which took home the FIPRESCI prize following its premiere in Cannes’ Directors’ Fortnight) sound like a relentless slog. But for those on its very particular wavelength, The Nothing Factory might well be one of the most unexpectedly invigorating cinematic experiences of the year. Pinho’s vision—which uses the impending closure of a factory as its starting point—turns out to be a remarkably protean one: He weaves together the straightforward drama of the workers with documentary-like interviews of the “actors” (most of whom are factory workers in real life); lengthy, discursive conversations on the economy, labor and Marxist theory; and rambunctious musical interludes. Alternately despairing and joyous, The Nothing Factory is also notoriously digressive. This is the kind of film that recognizes the traditions it’s working in (a filmmaker character serves as a stand-in for auto-critique) and that mines them for maximum, though occasionally exhausting effect. All told, Pinho uses this debut as a means to give a resolute middle-finger to the very notion of marketability, allowing the film to stand as its own strange, singular object. That, certainly, ain’t nothing. L Garcia 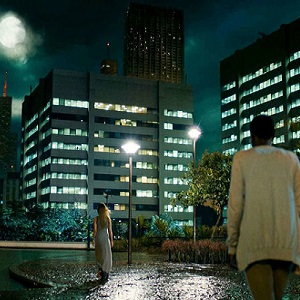 Combining absurdist horror with social realism, Good Manners takes the werewolf fable and deconstructs it within the context of modern Brazilian society, taking into account factors of race and class that help alleviate some narrative problems in the second half. The first (much better) section concerns poor housemaid Clara (Isabél Zuaa) as she helps rich housewife Anna (Marjorie Estiano) get ready for the birth of Anna’s first child. Clara begins to notice some peculiar things about Anna, such as her craving for meat, which at one point results in her eating a live cat. (A deadpan smash-cut transitions to Anna doing yoga the next day.) It’s in this part of the film that the horror elements of Good Manners actually become relatively muted, as directors Juliana Rojas and Marco Dutra focus on the relationship between these two women, highlighting the outsider quality of Clara (dark-skinned and poor, she is, for instance, flagged immediately by security at a shopping center) and the monstrous appetite of the wealthy Anna. Unfortunately, the film gearshifts once the monster baby is born and embraces some conventions of the horror genre that betray the more methodical build-up of its central relationship. It’s a shame that Rojas and Dultra take this path in part because the tyranny of the upper class is far more terrifying than any CGI-laden creature they can conjure up. PA 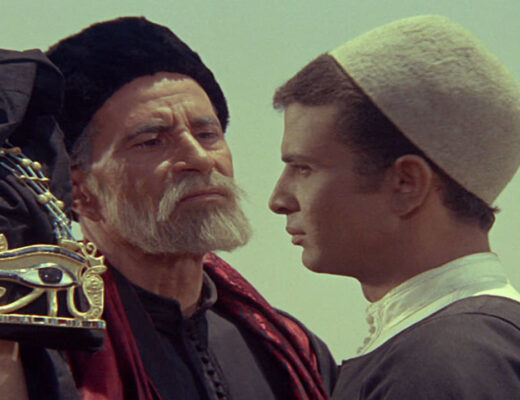 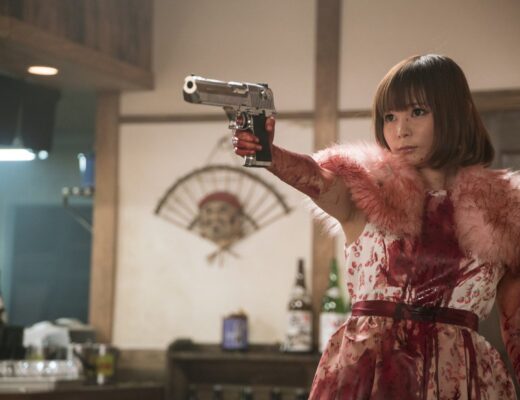 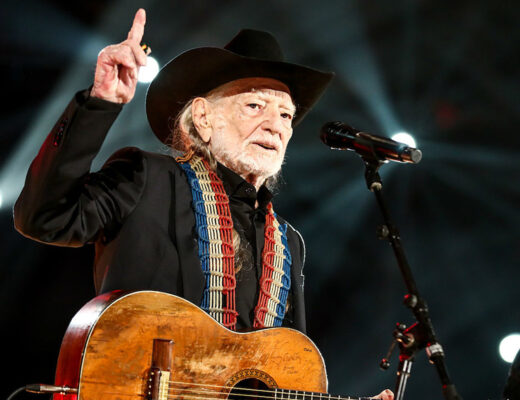