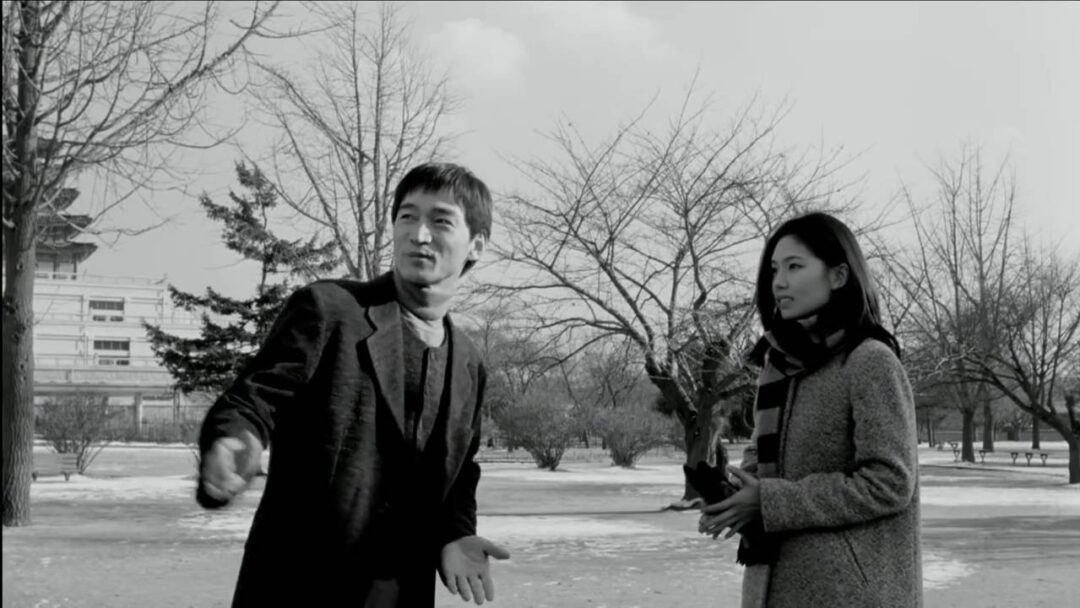 “I should correct something if it’s wrong,” says Soo-jung (Lee Eun-ju), the titular virgin of 2000’s Virgin Stripped Bare by Her Bachelors, to her smothering art dealer suitor, Jae-hoon (Jeong Bo-seok). She refers only to her own improper chopstick technique, which Jae-hoon was so kind to point out to her, but the line also well sums-up the primary gambit of Hong Sang-soo’s third film — which tells the same story twice, first from a male perspective, and then from Soo-jung’s female perspective. Scenes from the first hour of Virgin Stripped Bare by Her Bachelors are replayed and reshuffled, with, for instance, lines from one dinner showing up in a separate tipsy lunch outing. This structure gives Hong a chance to examine his central love triangle — the above-mentioned two, plus Young-soo (Moon Sung-keun), a feckless, married independent filmmaker, who’s also vying for Soo-jung’s attention — from multiple angles, none of which are flattering. The bifurcation commences when a power outage on a cable car ride gives Soo-jung some time to reflect (though not without enduring the bawling of the wet-diapered baby in the next seat — which may account for some of her perspective’s bile). Chapter title changes from the first to second half reflect this shift: “Perhaps Accident” becomes “Perhaps Intention.” And though this second hour does not radically redefine what came before (Jae-hoon is shown as deceitful and overbearing and Young-soo as doughily privileged, just as they were before), it does underline how unpleasant and violent the courtships are for Soo-jung, who endures aggressive embraces in alleyways, multiple borderline attempted rapes, and bloodied sheets, when a relationship is consummated.

On the bleaker end of Hong’s filmography. And it is also darkened by the presence of Lee Eun-ju, who killed herself five years later.

Virgin Stripped Bare by Her Bachelors in many ways set the standard for the twinned, multi-POV narratives to come in Hong films like 2008’s Woman on the Beach, 2009’s Like You Know It All, and 2016’s Right Now, Wrong Then. Its black & white cinematography and Hong’s formal choices (long-take medium shots, scant closeups) would become familiar to his fans as well, as would the general subject matter of well-lubricated chit-chat (“I used to drink up to five bottles of soju and three bottles of whiskey [a day]”) and the intergender fumbling and “misbehavior” (to euphemize it) — though he hadn’t yet started playing with zooms, nor switched to digital. From Young-soo’s pathetic fetal-position whining, to Soo-jung’s joyless, manual gratification of the tediously horny Jae-hoon, and the numerous scurries to bathrooms to relieve some gastrointestinal discomfort, Virgin Stripped Bare by Her Bachelors is on the bleaker end of Hong’s filmography. And it is also darkened by the presence of Lee Eun-ju, who killed herself five years later, and who was still a teenager when she bared her body in this very adult film. That her character remains unknowable and something of a blank, even by the end, is no fault of the actress — and it would be captious, too, to blame Hong, who tells this story of equal opportunity twice. 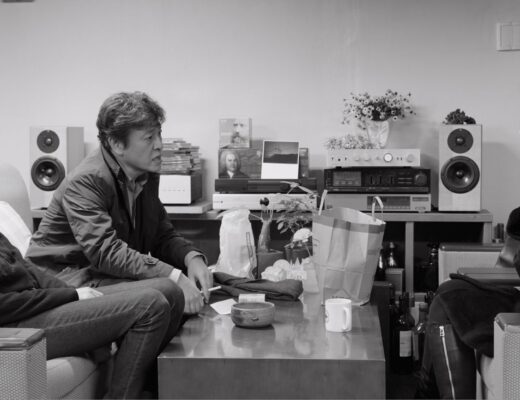 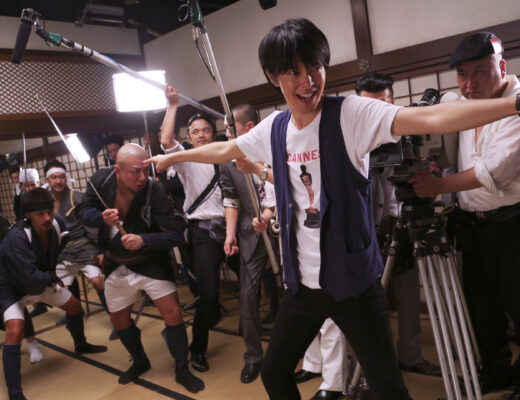 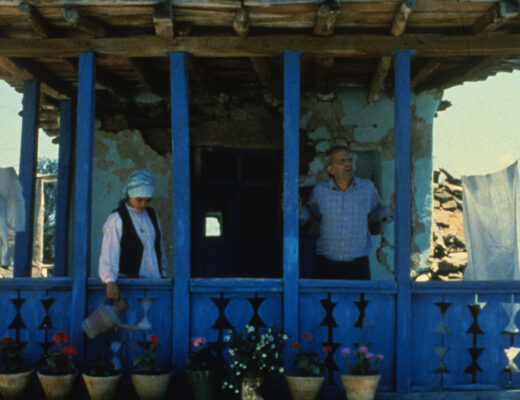