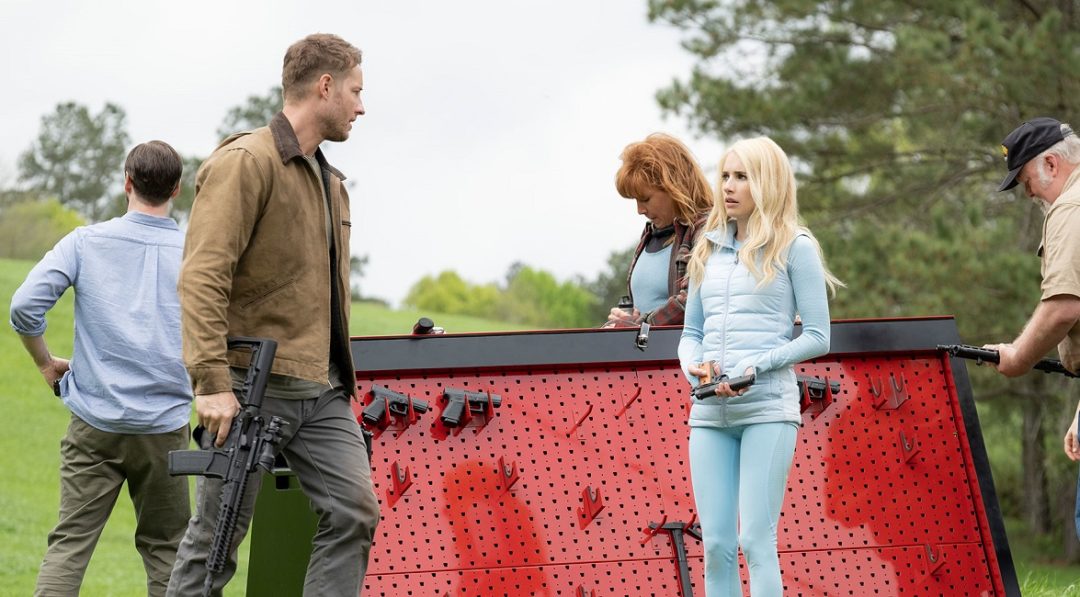 After a six month delay resulting from various media outlets labelling the film, sight unseen, as “dangerous Liberal propaganda,” Craig Zobel’s horror-comedy The Hunt finally makes its way to theaters. In an inspired move, producer Jason Blum took a page out of the William Castle book of marketing and used the controversy itself to sell the film, with advertisements hammering home the fact that “the most controversial film of the year is the one no one has seen.” And as is to be expected, the hullabaloo was all for nothing, as The Hunt is nothing more than a live-action cartoon where both Conservatives and Liberals are painted in such broad strokes that it’s impossible to mistake it for anything resembling substantive. Referring to this as a “satire” would be far too kind to the shenanigans taking place on screen, as a group of wealthy Liberals kidnap a dozen publicly-critical Conservatives to hunt down and kill on a sprawling New England estate. Clearly the intent here was to stereotype to the point of absurdity, a sort of equal opportunity offender that would feel more at home on stage in a rinky-dink comedy club in Hoboken than on theater screens across the country. The hunters are all dripping with sarcasm, no topic too taboo for their wired barbs (AIDS, abortion, Donald Trump). Adorned in expensive hunting gear, they refer to the hunted as “hicks” and laugh at their pain. At one point, upon shooting a man in the chest point-blank with a shotgun,  a woman screams, “Climate change is real.” The victims, meanwhile, are a bunch of gun-loving mouth breathers, the majority of whom look like they fell off the Deliverance casting truck. They hate immigrants, they defend our President, they have tattoos and mullets. There’s clarity in this approach, but more is expected from co-writers Nick Cuse and Damon Lindelof, both of whom had a hand in the creation of one of the greatest television series of the 21st century, The Leftovers.

Clearly the intent here was to stereotype to the point of absurdity, a sort of equal opportunity offender that would feel more at home on stage in a rinky-dink comedy club in Hoboken than on theater screens across the country.

But here’s the thing: everyone involved knows exactly what kind of film they are making. The jokes are tired, to be sure, but The Hunt never pretends to be anything it isn’t, a welcome bit of self-awareness. Zobel gained notoriety for his 2012 feature Compliance, a truly heinous film that painted itself as social commentary when in reality it was nothing more than empty shock value. With The Hunt, Zobel leaves any pretense of substance on the viscera-ridden battle field, as one victim after another, political leanings be damned, is dispatched in comically extravagant fashion — bodies explode, eyes are gouged with stiletto heels, intestines rain from the sky. It’s over the top in a way that one doesn’t normally expect from a Blumhouse production, and the first third of this film provides consistent fun even as you groan at the obvious jokes. Unfortunately, a mid-film stop at a refugee camp (don’t ask) stops the film dead in its tracks, and it doesn’t regain its footing until a truly spectacular one-on-one fight-to-the-death between war vet Crystal (Betty Gilpin) and vengeful business tycoon Athena (Hilary Swank). Yes, you read that correctly, Betty Gilpin and Hilary Swank, with Gilpin especially using her off-kilter sensibilities to full advantage. The Hunt isn’t exactly a great film. Or intelligent. Or enlightening. But as a 90-minute diversion in these very shit times, you could do a lot worse. 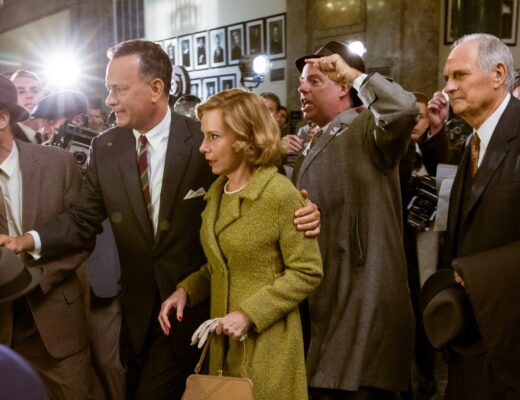 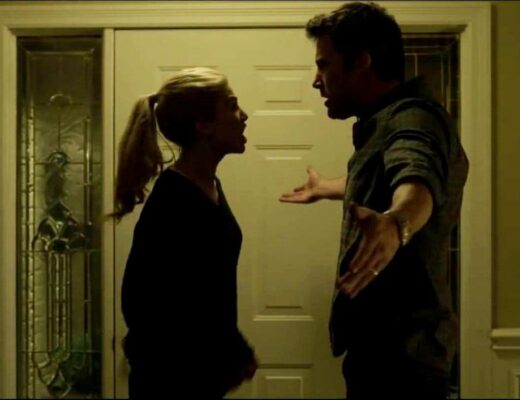 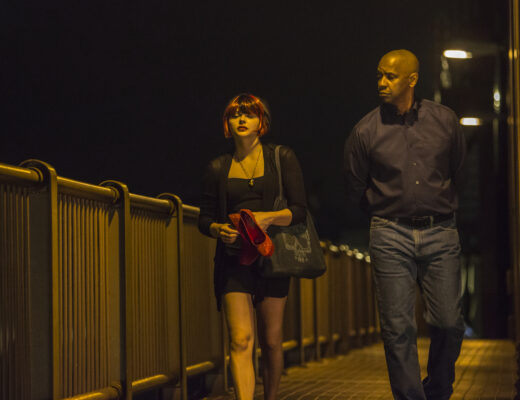