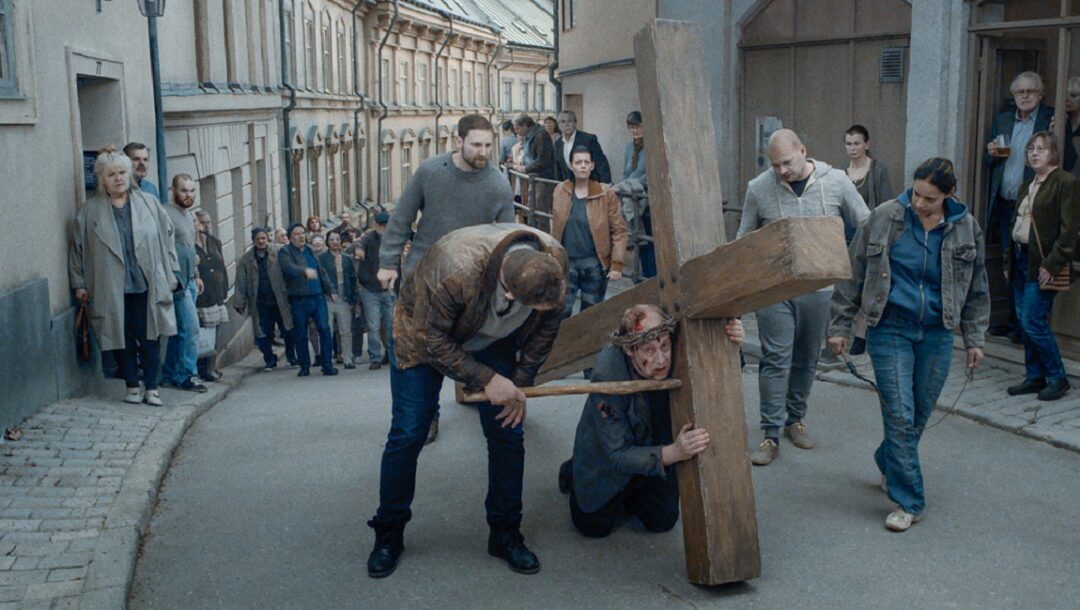 About Endlessness is a gentler than usual work from Roy Andersson, one that reflects humanity’s ability to create both great beauty and profound suffering.

Those complaining that Wes Anderson’s movies all look the same have clearly never encountered the work of Roy Andersson. Over the course of four films (not including his first two features, which are difficult to come by and by all reports bear little resemblance to his “mature” work), Andersson has obsessively tilled the same formal and thematic concerns, while finding endless variations within a highly specific aesthetic schema. His is a single-minded focus on the sick soul of Europe (to paraphrase Pauline Kael), a parade of miserable people going about their wretched lives stuck in fixed tableaux of purgatorial stasis. Paradoxically, his films are also frequently quite funny. It’s an open question just how misanthropic Andersson actually is, with a propensity for making up his actors to look like walking corpses leavened by his absurdist sense of humor. His new film, About Endlessness, seems a little kinder and gentler than his previous features, the so-called Living Trilogy. It’s his shortest film, and it’s been suggested that it’s a postscript of sorts to those more ambitious efforts. And so if About Endlessness frequently seems like a sketch, less thoroughly conceived, it’s nonetheless agreeably brisk and sometimes breathtaking beautiful.

Beginning with a couple locked in embrace and floating in the clouds, high above the mere mortals scurrying down below, About Endlessness seems to imply a kind of divine presence overlooking the proceedings. Andersson employs a distant, dispassionate voice-over narration that introduces each scene, always beginning with the past tense “I saw…” These observations run the gamut from the mundane to the poetic, sometimes transcending time itself, as when the narrator oversees events on barren battlefields and Hitler’s last days in his underground bunker (the dark specter of WWII is never far from Andersson’s mind, part of his ongoing project to criticize the Swedish government for its part in the war). As is typical for his films, there’s no real narrative to speak of, but a series of discrete vignettes which are occasionally linked by one or two recurring characters. Here, that connection comes in the form of a priest who has lost his faith, but nonetheless continues to perform his spiritual duties out of inertia. People play out the motions of drab daily existence in static, deep focus compositions that compress foreground and background into an idiosyncratic approximation of trompe l’oeil painting techniques.

Andersson famously shoots all of his films on large sound stages, meticulously recreating both interior and exterior scenery and employing matte paintings and forced perspective tricks to manipulate the eye. While there’s nothing here that approaches the grandeur of the train station death march in Songs From the Second Floor or the living room that reveals itself to be a moving train in You, the Living, Andersson still manages to create some stunning images. In one disturbing bit (ultimately revealed to be a dream sequence), the priest carries a huge wooden cross on his back while being whipped and castigated by onlookers. Another features an elderly couple tending their child’s grave, positioned in front of an artificial forest that seems to infinitely recede. Andersson also frequently contrasts cramped interiors with slightly more expansive exteriors, always manipulating the architecture of buildings and roads to create bizarre vanishing points. The great Italian artist Giorgio de Chirico once wrote, “What is especially needed is great sensitivity: to look upon everything in the world as enigma….To live in the world as in an immense museum of strange things.” De Chirico was beloved by the French avant-garde artists of the 1910s, and would have a pronounced influence on the Surrealists in the next decade, and Andersson is clearly indebted to de Chirico’s sense of distorted architecture that destabilizes otherwise quotidian reality and turns what could be simply banal into such “strange things.”

Ultimately, Andersson seems to be suggesting that the act of creation itself is enough to give meaning to the otherwise unbearable burden of living. The angelic couple from the film’s first scene return at about the half-way point, this time gliding over a bombed-out city. It’s a painstakingly realized bit of miniature work, the kind of hand-crafted technique that has largely been abandoned these days in favor of cheaper, easier graphical wizardry. However deep his cynicism, Andersson values the work of human hands, even while recognizing that the same hands that make beautiful art can also bring manifold pain and suffering. 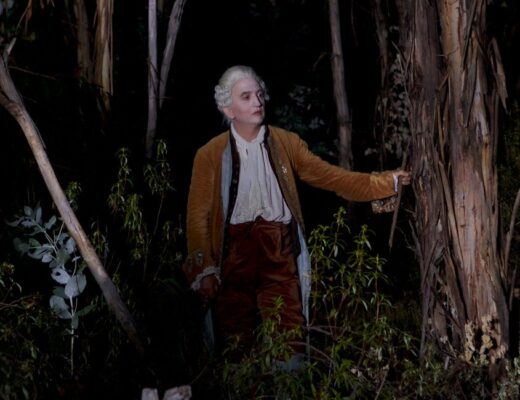 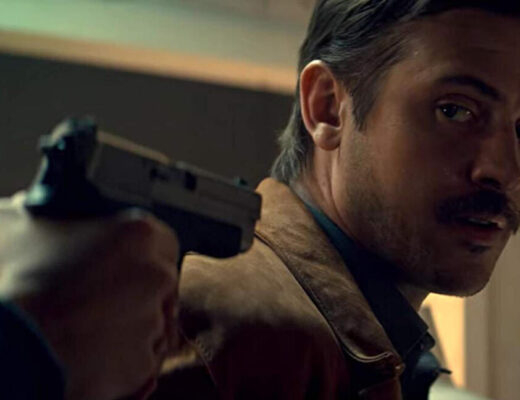