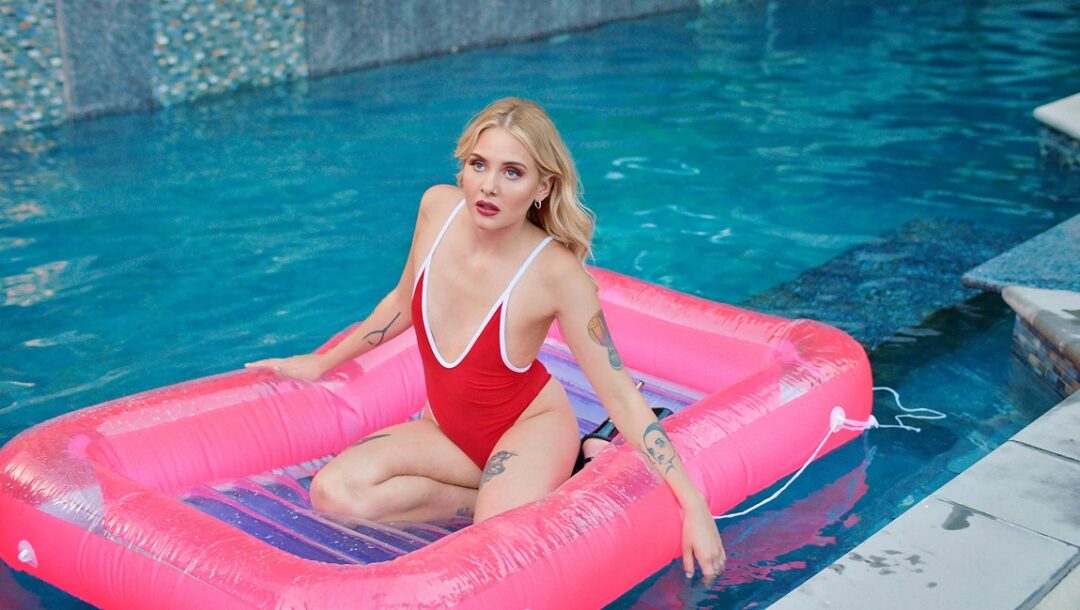 “Are you here for business or for pleasure?” “Pleasure.” Leaving her Swedish small-town life for the glitz and glamour of Los Angeles, 19-year-old Linnéa (Sofia Kappel) carries herself with a worldly confidence that belies her delicate naïveté. She has come to seek pleasure in the porn industry, hoping, like every starlet in the city, to make a name for herself. With nary a thing in her possession except twenty-odd tattoos, a stage name (“Bella Cherry”), and much-dignified positivity, Linnéa soon learns the ropes of her profession; a quick learner she might be, but the ropes are quicker to tighten around her. Her first shoot, relatively easy-going and vanilla, inducts the initially wavering amateur into a professional, billion-dollar landscape of cocks, cameras, and casting agents producing cash, consumption, and competition. Soon, however, these latter obsessions will come crashing through the frame, exposing in smudgy detail what its airbrushed layers may try to conceal.

Expanding upon her 2013 eponymous short and filmed largely in 2018, Ninja Thyberg’s debut confronts the socially still-taboo subject of modern pornography with an indelible commitment to illustrating its uncomfortable realities. Pleasure, mostly fictionalized but fashioned from months of research on the ground, has come a long way from the halcyon days of Deep Throat and Dirk Diggler; where sex once found a clandestine outlet in adults-only theatres, incorporating graphic stimulation onto a broader canvas of sensuality and narrative, the deed now flaunts itself any and everywhere, democratized through the Internet and categorized by algorithms. Bodies, once revered by the camera, are substituted for their organs. After a photoshoot marking Bella’s official entry into the industry’s catalog, her housemate and fellow actress records her deepthroating a banana; “I can actually chop this up into different clips and you can sell these,” she offers. This brief hint at financial autonomy, never followed up, nonetheless remains tethered to the medium’s reifying inevitability: sex, detached from intimacy and redefined through fantasy, acquires a transactional quality both in terms of how adult performers valuate their merit exclusively by their audience’s reception, as well as how clinically and cynically the porn market operates: a pound of flesh for a pinch of fame.

While the film hardly shies away from making such an observation explicit, the welcome nuances of Pleasure are foregrounded by its documentarian instincts, explicating the frequently ambiguous ethics of L.A.’s porn network critically and sensitively. Transplanting a hitherto inexperienced Kappel onto the prevailing scene and tapping its existing players — in particular Mark Spiegler, one of the biz’s biggest stars — for credible relevance, Thyberg accords her material a sense of anthropological currency that mirrors, in storyline and stylistics, Nicolas Winding Refn’s The Neon Demon; yet where the latter ended up fetishizing its thematic vacuity, Pleasure concisely dissects the layers of vapidity and fetishization that have been, by virtue of their ubiquity, internalized and naturalized by many. Consent, an issue seemingly resolved through professionalism and pre-arranged consensus, remains a slippery boundary, not just given the nature of business but also owing to the industry’s coupling of its contemporaneous technological and capital prominence with the oldest profession’s primal weight.

At risk of conflating porn with prostitution, it should be clarified that Thyberg does draw such a parallel with her exploration of the former’s darker exploitative corners. As a desensitized audience clamors for more extreme content, both producers and performers rise to meet their demands; those who do not will, for the most part, fall out. The crux of Pleasure is less a question of demand: in the supply chain, producers almost always have the upper hand, and within a medium that historically and presently emphasizes female bodies in service of male pleasure, the power disparity between genders is hard to deny. If left unaddressed, no amount of consummate professionalism may efface its legacy stains of misogyny but will instead reinforce them. That Bella’s respective encounters with a humiliating rough-sex production (coercion masked as care) and a female-directed bondage set (care in the form of safe words and periodic check-ins) yield highly contrasting emotions might qualify as didacticism in some circles, and such a charge is not unfounded; the larger concerns on the occupation’s cutthroat and highly capitalistic model, however, linger unresolved in the film’s eye.

Without adopting a binary worldview of its characters and circumstances, Pleasure avoids the trappings of both moral prudishness and libertarian hedonism, whose ideological extremes have greatly stymied productive mainstream discourse on human sexuality in general. Instead, Thyberg acknowledges the cultural significance of pornography through the lenses of institutionalized practices and ingrained political mindsets. What motivates young Linnéa to mature into Bella is secondary; in her journey to the top, be it for fame or fortune, the story is all the same — there are rivals and they will have to be met with ruthlessness and steely determination, like any other line of work. The primary difference is that the business of porn is frequently mistaken for pleasure, its brutal machinations dismissed as inconsequential; Pleasure, in submitting us to its unfiltered world of misogyny and money shots, audaciously calls this into question. 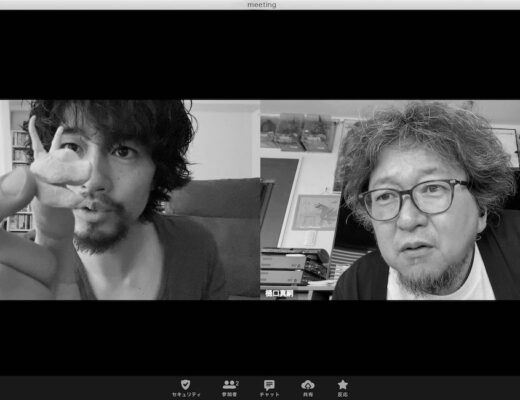 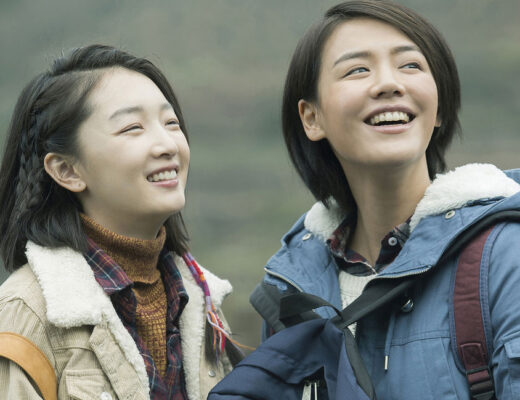 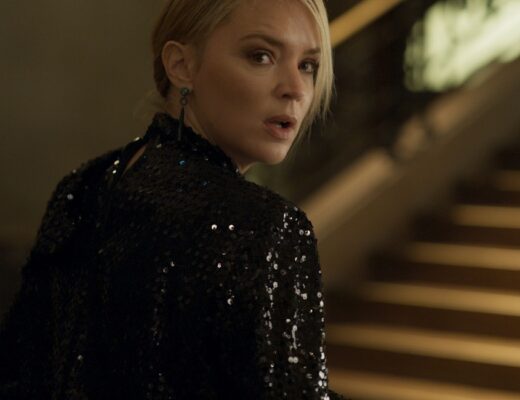 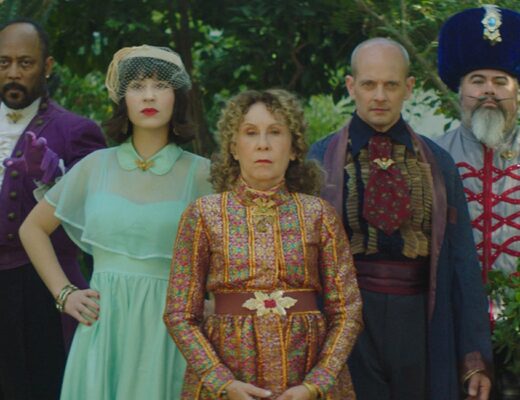 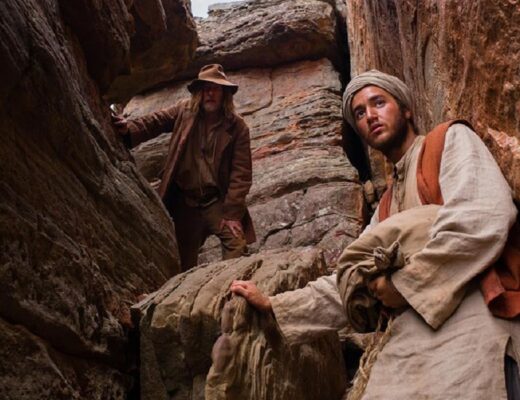 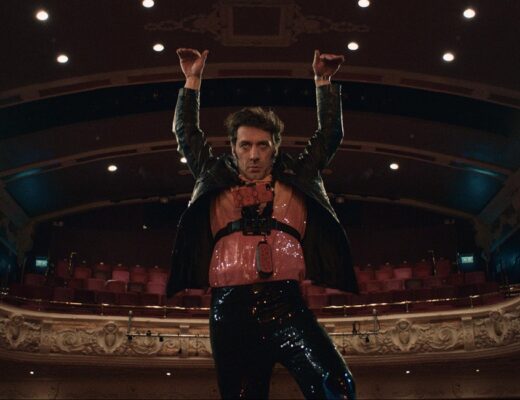