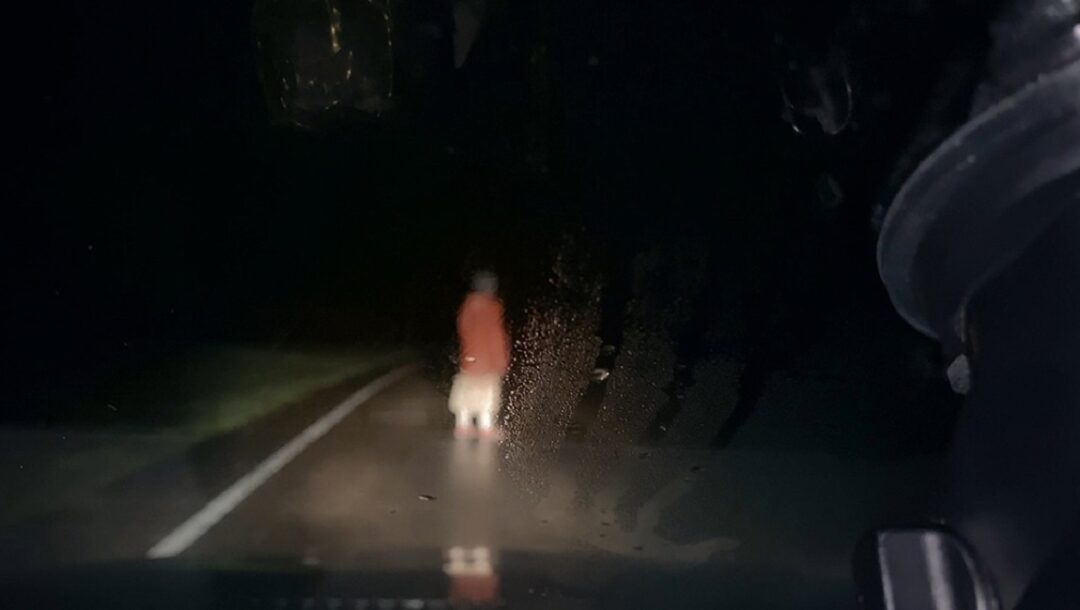 Rob Savage burst on to the scene last year with the surprise success of Host, a 60-minute horror film shot during COVID lockdowns that transpired entirely via Zoom. It was a clever use of the suddenly ubiquitous Screenlife genre, and genuinely scary, showcasing Savage’s gift for precise framing that concealed as much as it revealed. Savage has returned with DASHCAM, a larger, more ambitious feature that expands on Host in every way, although not always for the better. In a brief video introduction at DASHCAM‘s premiere, Savage explained that his cast and crew embarked on this film with only a rough outline, improvising and fleshing out scenes on a daily basis as they shot them. There is indeed a loose quality to the film, as we follow Annie (Annie Hardy) on a visit from L.A. to an old bandmate living in London. “Visit” is maybe the wrong word; actually, Annie is fleeing her roommates and the stringent COVID protocols in liberal L.A. She is in fact a MAGA chud, incessantly complaining about mask mandates and claiming that COVID is a hoax to her legions of online fans (whose comments are constantly scrolling along the left side of the frame throughout the film, like a distaff, terminally online Greek chorus). Her friend Stretch (Amar Chadha-Patel), now a DoorDash-type delivery guy who lives with his liberal, vegan girlfriend, reluctantly lets Annie back into his life, only to watch her livestream her pro-Trump rants while insulting his significant other and picking fights with workers who ask her to mask up.

These early passages are, frankly, a chore, as Savage attempts to surf the zeitgeist and imbue the film with a certain kind of topicality. But Annie is aggressively unpleasant, despite some indications that she’s just a troll and might not actually believe the nonsense she’s spouting. Either way, it’s a lot to demand from an audience (which is obviously part of the point, but to what end?). Still, Annie can be funny and occasionally even charming, and the chemistry between her and Chadha-Patel goes some ways towards papering over the general distastefulness (the duo’s improvised freestyle raps are also pretty funny). Fortunately, this is a horror movie, and things soon take a turn for the bizarre. After arguing with Stretch’s girlfriend and getting kicked out of their house, Annie steals his car and phone; as a lark, she winds up accepting a delivery gig on Stretch’s behalf, presumably for the lulz. But when she arrives at a seemingly abandoned restaurant, someone begs her to transport a sick old woman for them. Thinking that her livestream audience might enjoy such a strange detour (and thanks to a wad of cash foisted upon her), she agrees and gets the woman into the back of the car, but there’s clearly something wrong with the lady. At this point, DASHCAM threatens to turn into a zombie movie, as the old woman begins spewing bodily fluids and attacking everyone in sight. But Savage has something else in mind, and the second half of this (very brief) feature expertly accelerates into an all-out assault, as Stretch tracks down Annie and gets involved in her misbegotten adventure. The pair are constantly set upon by the woman, who exhibits powers beyond what we’ve come to expect from a typical zombie scenario. There’s also a stranger who’s following them for some unknown reason, and who is perfectly willing to shoot first and ask questions later. It’s absolutely wild, becoming increasingly frenetic and, it must be said, exceedingly violent.

Visually, Savage is trying to thread a tricky needle between Screenlife aesthetic, first-person POV shots, and the more familiar found-footage tropes (DASHCAM occasionally resembles a Blair Witch sequel). It’s a cacophony of competing visual stimuli, occasionally headache-inducing and frequently devolving into digital smears and patchy frames. But Savage still has a keen eye, slowing things down just enough to sell a jump scare or give a good glimpse of a gory gag. DASHCAM isn’t subtle, exactly, but there are a few goosebump-inducing moments in between the carnage. As Annie and Stretch run for their lives, the political commentary fades away and the film transforms into grueling survival-horror. Maybe that’s Savage’s point after all — when you’re being chased by an unkillable supernatural force, we all just want to get through the night alive. It’s entirely possible that audiences will reject this film wholesale; it’s already proved incredibly divisive on social media and amongst critics. But if you can roll with the first half of DASHCAM, there are ample rewards awaiting the patient viewer. Much like the recent The Sadness, there’s a bitter anger on display here that’s ultimately bracing in its bluntness. The world sucks, try to survive it. 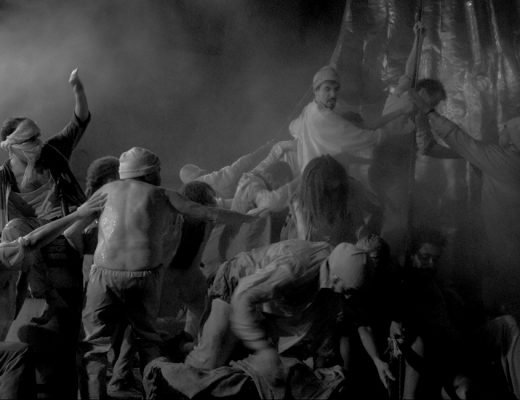 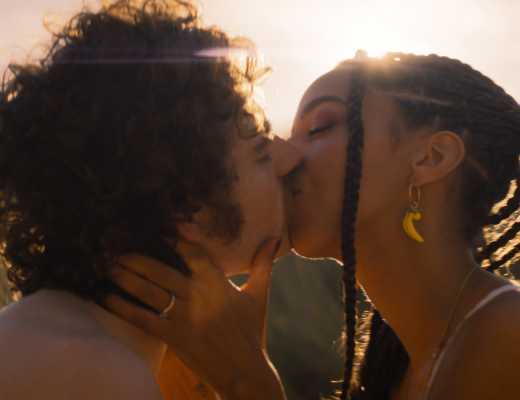 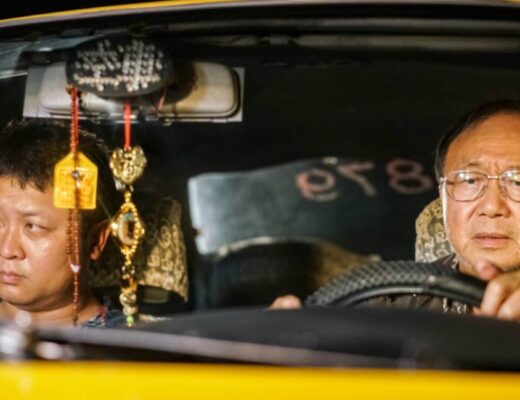 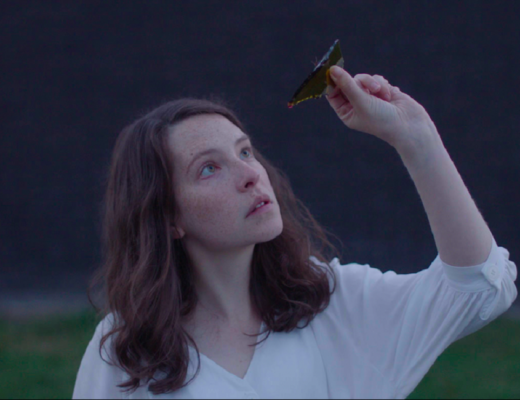 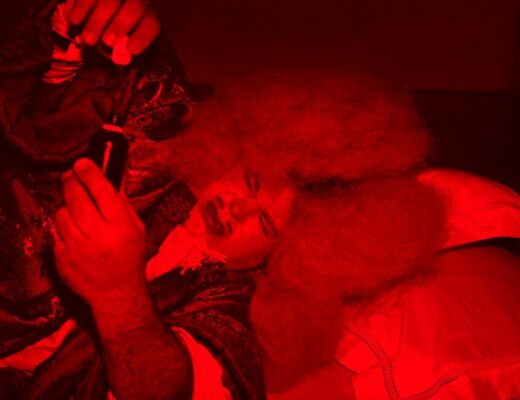 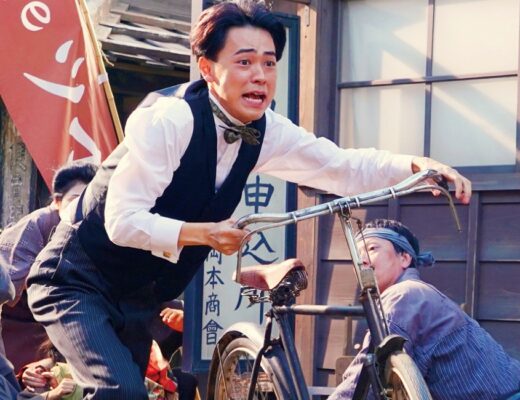