How to Train Your Dragon is warm and winning—a real charmer of a family film. Given that it’s a product of Dreamworks Studios, who are more apt to churn out cynical and lazy product replete with lousy pop-culture jokes, this comes as a surprise. But then, they also released Kung Fu Panda, so maybe they’re just trying harder now. The formula for success used by Panda, in fact, is more or less the same that works for Dragon: take some well-worn life lessons for the kids, wrap them in appealing visuals and snappy dialogue and garnish with a boy-friendly hook. There, it was martial arts; here, it’s dragons. Dragons, of course, are scientifically proven to be awesome (to a certain age or mental sensibility).

Science has not yet come to the Vikings of How to Train Your Dragon, because at the outset they know not of the awesomeness of dragons. Party poopers that they are, they only know them as flying destructive hellbeasts. Dragon-slaying is the leading, and possibly only pastime of these coastal-dwelling barbarians. Their leader is beefy dragon-slayer extraordinaire Stoick (Gerard Butler, clearly enjoying a rare chance to flaunt his natural accent). When he’s not defending the settlement from frequent dragon attacks, Stoick’s in a constant state of disappointment over his son, clumsy teenage beanpole Hiccup (winningly voiced by Jay Baruchel). There’s a good bit of friction between the two, owing to Hiccup’s utter ineptitude when it comes to all things dragon-related; nevertheless, he’s pretty good with tools, a skill that unexpectedly results in him downing a Night Fury, a breed of dragon so elusive that the Viking know nothing about them other than their scariness.

This Night Fury is a sleek, black and speedy thing, able to fly under the cover of night so as to attack unannounced. Its teeth are sharp yet retractable (prompting Hiccup to name it Toothless), and the fireballs it spews can make a guard tower explode with one shot. It will be your friend forever if you’re nice enough to feed it a fish and take the time to gain its trust, which is exactly what Hiccup does. As Hiccup becomes more familiar with Toothless, he engages his facility for engineering (necessity leads him to build a new tail fin out of wood and steel for the wounded Toothless) and discovers heretofore untapped talents for steed-mounting as well as uncovering the fact that, contrary to everything he’s been taught, the dragons in this area don’t mindlessly desire the deaths of humans and are quite harmless if approached without malice. Still, he figures it’s in his best interest to keep Toothless a secret, especially as he’s just been drafted into dragon-slaying school. It’s a boy-and-his-dog story, except that the “dog” can feasibly kill the boy with an errant belch.

Clearly, How to Train Your Dragon is covering well-trod ground, but it does so with an unfussy efficiency. Directors Dean DeBlois and Chris Sanders keep things moving at a brisk pace, and their script (co-written with William Davies) knows what beats it needs to hit and how to do so without bogging things down in cheap sentiment or worn-out cliches. Especially impressive is the clean directness with which they treat the late-film father/son estrangement and subsequent reconciliation—there’s no bathetic harangues and no drowning in sap, just a quick and to-the-point employment of a narrative trope. (The reconciliation takes place while under the stress of battle, which certainly helps with the directness.)

All the swooping and diving, the dizzy rising and falling, it all spins out a palpable sense of thrill-ride excitement as the power of limitless creation endemic to animation gets a thorough airing-out.

This no-nonsense approach may be due to the fact that DeBlois and Sanders wisely are less interested in telling yet another stock story about a kid who can’t live up to his dad’s expectations and more in thinking about how cool it would be to have a pet dragon. The parallel with canine behavior is intentional—Toothless may be an enormous flying lizard, but his actions become more dog-like the tamer he gets. Seeing this big black beast get giddy and rush up to greet Hiccup upon his return from the village or watching its menacing eyes widen and brighten into an animal contentment is endlessly delightful, and it speaks to the versatility of the character’s design that it can do this in the space of a beat without feeling forced.

But it’s the various species of dragons in How to Train Your Dragon that afford the animators the greatest chance to really stretch out and let their minds go wild. From the Gronckle, which looks like a giant flying armored pig, to the Zippleback and its two tadpole-shaped heads to the dreaded Monstrous Nightmare, a serpentine enormity that can spontaneously set itself on fire, the level of imaginative brio present here is encouraging. Even the human design is fun—the grown-ups are enormous, muscular, hairy creations, all bulk and beards and armor swaddled in burlap and fur, while the younger charges are mostly awkward and gangly yet blessed with a confidence of movement that speaks to their bottomless teenage braggadocio. Another highlight: the visualization of the Craig Ferguson-voiced dragon-slaying teacher Gobber, a rambunctious sidekick sort whose missing limbs have been replaced by metal joints into which any useful weapon or other apparatus can be inserted. The overall scheme is just cartoony enough, nestled comfortably in caricature without swinging too hard and sailing into grotesqueness.

And then there’s the flying scenes. The major upshot of owning a dragon would be the whole flying bit, wouldn’t it? Any film that cares to examine this had better get at least that part right, and the vertiginous kick that occurs whenever Hiccup saddles up is evidence that DeBlois and Sanders have gotten it exactly right. All the swooping and diving, the dizzy rising and falling, it all spins out a palpable sense of thrill-ride excitement as the power of limitless creation endemic to animation gets a thorough airing-out. The film takes its thrills seriously, too—there’s an action climax involving a much larger dragon that, unlike many films in the family genre, works hard to create the sensation of danger and something being at stake—these dragons are, at bottom, still large predatory creatures who can spit flame, and when they battle, things can go wrong. How to Train Your Dragon is breezy fun that respects both the young and the old in its audience. You can’t ask for much more from a kiddie flick. 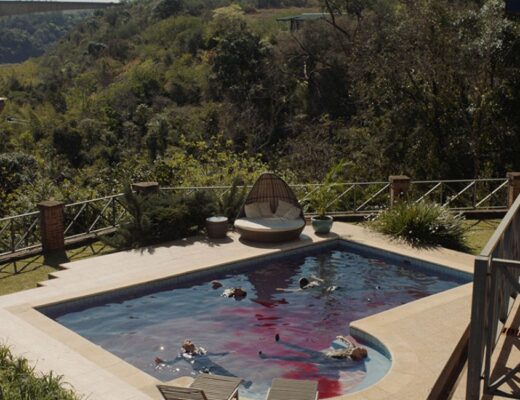 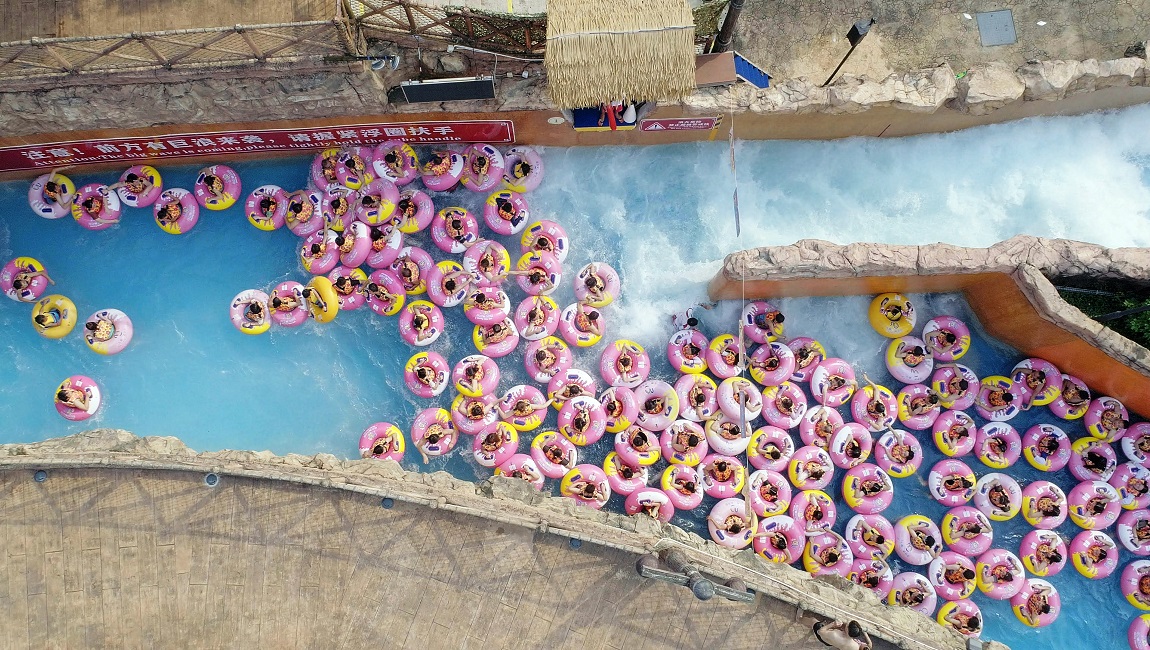 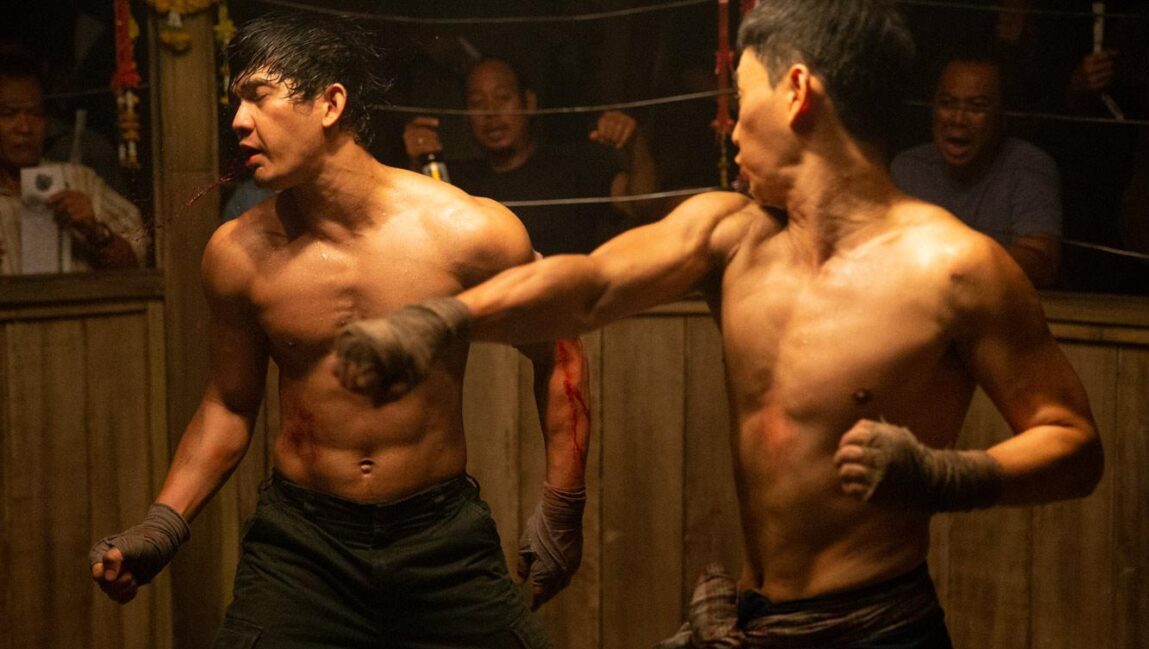 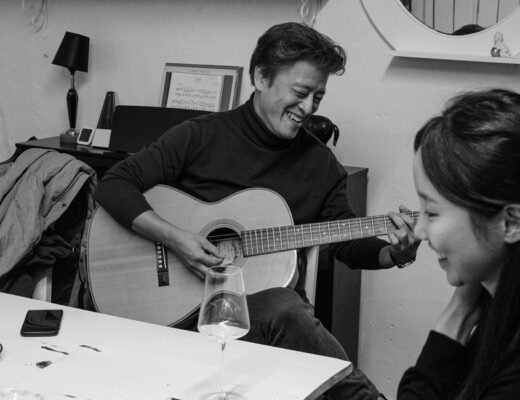 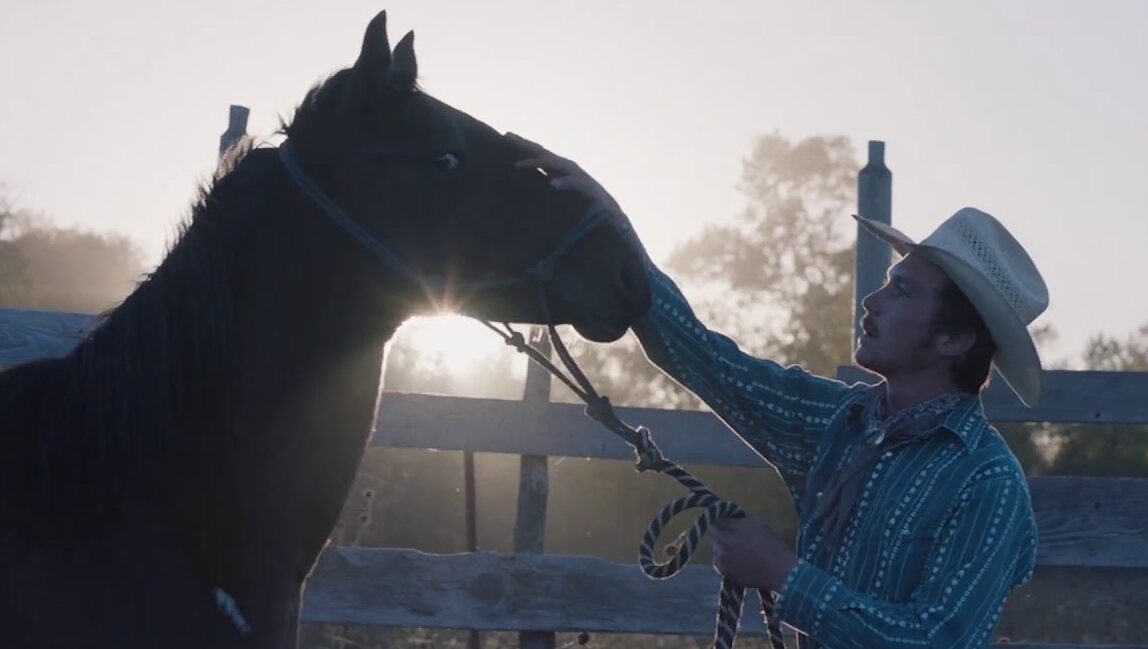