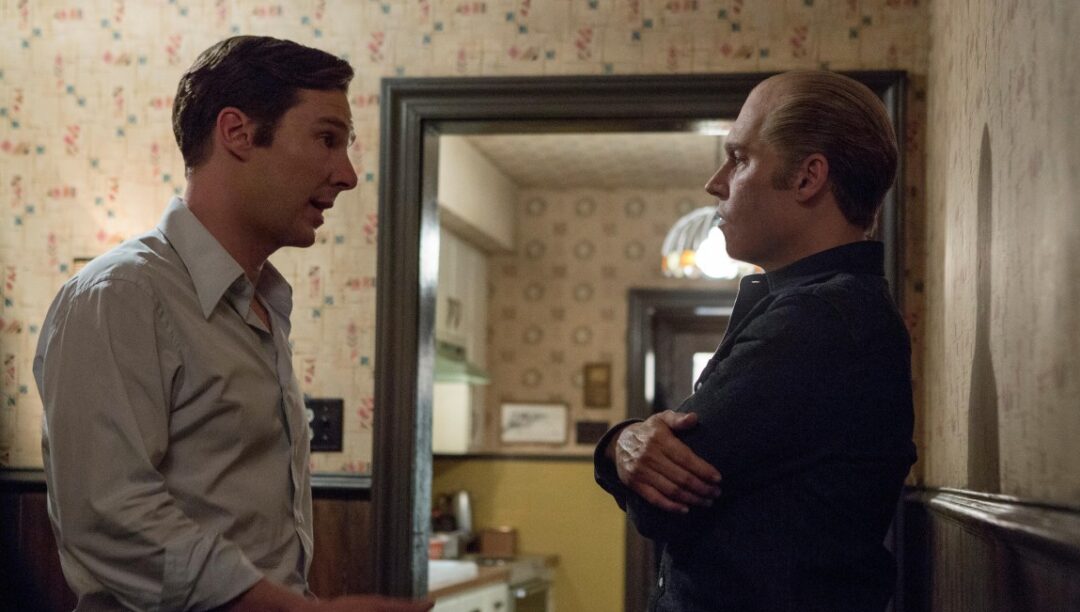 Director Scott Cooper has a knack for casting up unremarkable films with great performers and turning them loose, depending on them to transcend otherwise unremarkable material. Crazy Heart had Jeff Bridges filling in for Robert Duvall in a Tender Mercies knockoff (Duvall was also in it anyway). Out of the Furnace had Christian Bale scowling through another blue-collar noir, a subgenre paying increasingly low dividends. In Black Mass he’s got Johnny Depp, in a typically physical, idiosyncratic performance as vicious real-life gangster James “Whitey” Bulger, who terrorized Boston for the better part of 20 years with the assistance of FBI agent John Connelly (here played by Joel Edgerton), with whom he had an off-book relationship as a confidential informant that allowed Bulger to pretty much roam unchecked.

Depp, wearing a bald cap, black Member’s Only jacket, and sporting enormous ice-gray contact lenses and gnarly teeth, is indeed intermittently terrifying in the role, though he looks like a holdover from Salem’s Lot more than an Irish gang boss. Any given five minutes of Black Mass are assured to contain Whitey laughing off some bit of disrespect from an underling or poorly-judged threat from a rival, only to suddenly (and entirely expectedly) viciously murder the aforementioned victim. But haven’t we had our fill, over the last 25 years, of Depp playing charismatic psychos? Slathering this guy in make-up and letting him do whatever he wants just isn’t enough to carry a motion picture anymore.

All of these details could accumulate energy and manic grace, but Cooper shoots and paces this thing like a funeral dirge.

But that’s all Cooper’s got. The real Bulger case is shot through with bizarre anecdotes: Whitey was reportedly part of MK-ULTRA tests while in a military prison, getting dosed with acid by the CIA. He fraudulently won the Massachusetts State Lottery. And he was #2 on the FBI’s most-wanted list, just under Osama Freaking Bin Laden, for over a decade. All of this weirdness (save for a brief glimpse at his lucrative involvement in, of all things, Jai-alai gambling, an entire film unto itself but here a non-sequitur that nevertheless is instrumental in his downfall) is either totally elided or barely glimpsed in favor of a bevy of fine actors (Benedict Cumberbatch, W. Earl Brown, Corey Stoll) wrapping their poor mouths around terrible Boston accents while Depp goes around charming the pants off everybody before shooting them in the back of the head. Elements of his life that might alter this from its course as a generic gangster picture, like the death of his son from a rare disorder and dissolution of his common-law marriage, are given a couple of brief scenes before being unceremoniously dropped from the film (along with Dakota Johnson, one of the few female characters).

All of these details could accumulate energy and manic grace, but Cooper shoots and paces this thing thing like a funeral dirge, figuring that if he films everything either in close-up or master and doesn’t move the camera too much that it’ll feel unostentatiously classical, and that if he lets his actors show off they’ll fill out their placeholder characters with chemistry alone. But once the inevitable fall to this rise-of-a-bad-guy begins its descent, there’s literally no reason to care except to be fully informed when the standard biopic title cards that explain everyone’s respective fates appear. 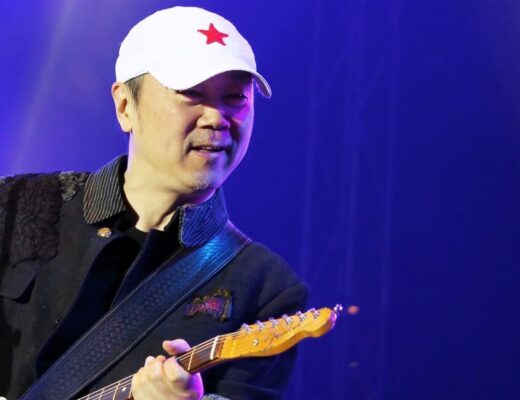 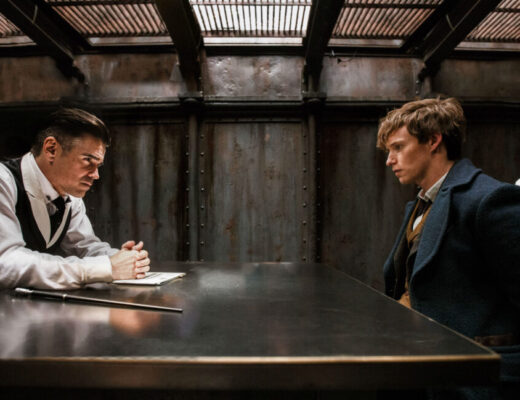 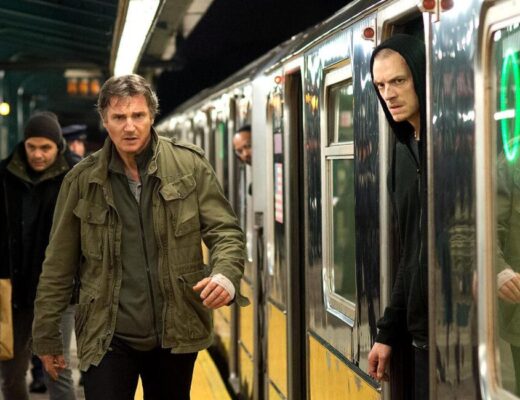 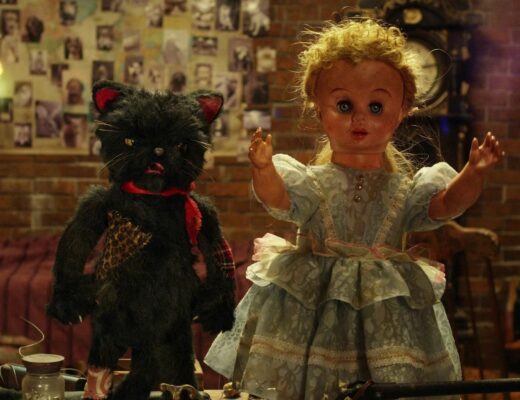 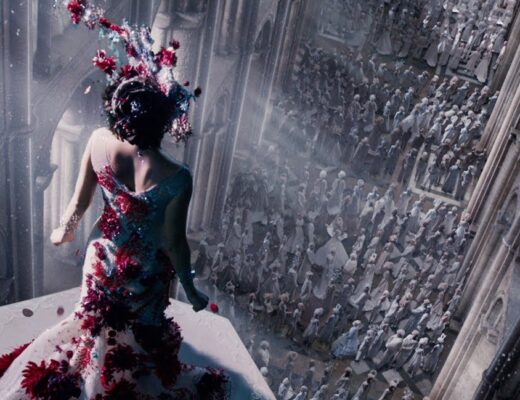 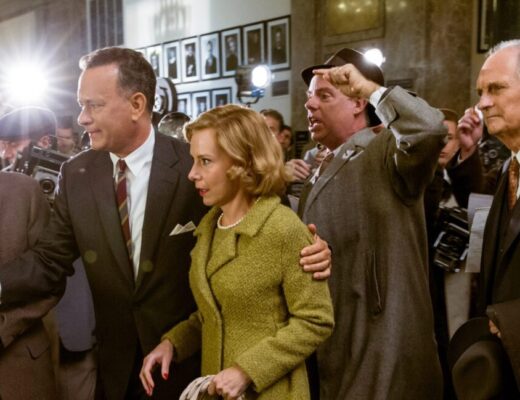