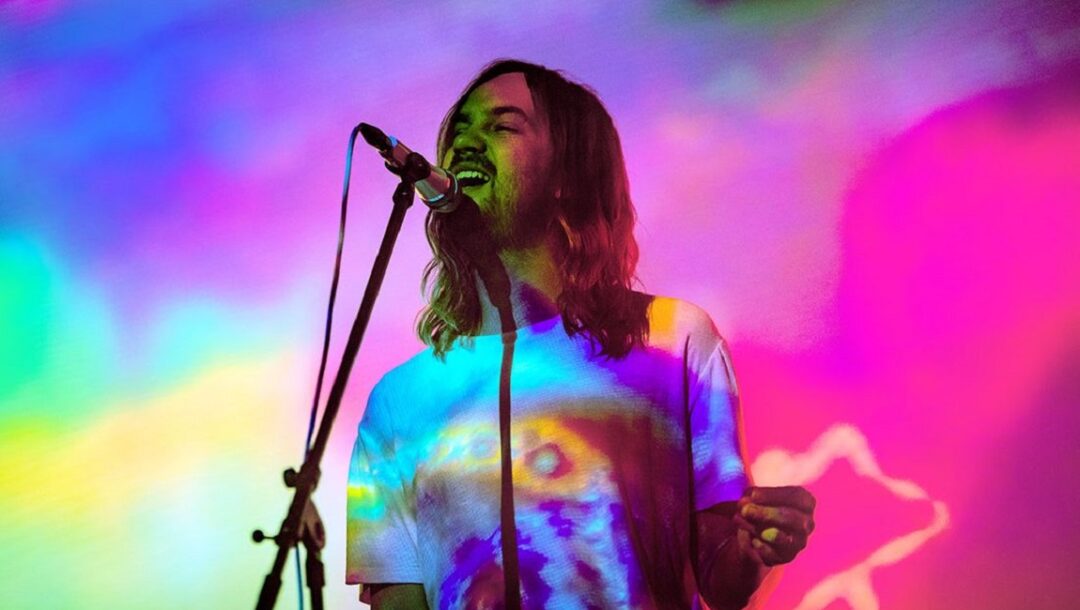 Kevin Parker is often praised for his ability to take a sound that audiences are familiar with and contort it into something that’s somehow different, breathing new life into a lot of musical ideas that are older than he is. Parker’s passion project, Tame Impala, has drawn comparisons to the Flaming Lips, Supertramp, even the Beatles — heaping levels of praise that might make one think this act is due a place in music’s pantheon. The Slow Rush, though, is a strong argument against that. As has been the case with other Tame Impala albums, Parker writes all of the songs and records all of the vocal/instrumental parts himself. This remains an impressive, and somewhat uncommon feat — especially as one considers, whatever criticisms can be lobbed at The Slow Rush, that Parker remains skillful at all the roles he takes on, from the pleasing sound of his vocals to the many guitar tricks and instrumental fills he builds into his songs, to the bevy of keyboard sounds that he blends sonically with other instrumentation. The issue with The Slow Rush — and as is becoming increasingly obvious, with Tame Impala as a project — is that the peak moments of musicality here tend to be mere imitations of much better artists’ music. And not just sounds, either: Even Parker’s lyrical approaches mimic ‘60s/’70s rock bands, recycling sentiments of ‘free love’ and ‘wanting to feel it’ with a haziness that clearly aims to replicate peak psychedelia. Worse are Parker’s bush-league attempts at a jammier sound, almost reminiscent of My Morning Jacket but obviously part of a line of influence that extends back to the Grateful Dead and further.

Parker just seems bound by the restraints that his sonic template has imposed on him; he sticks to a standard, almost-formula psych-rock, with only a minor sense of individualism. The downside to making every part of your own album? Well, there’s no one but yourself to blame when it…sucks. Also, the song titles on The Slow Rush sound like the names of cologne brands that might be stocked at a gas station (“Breathe Deeper,” “Tomorrow’s Dust,” “Glimmer”). All of which is to say that Tame Impala ultimately suffers from the same malady as Greta Van Fleet: they resemble and emulate other bands to such a degree that they start to sound like a parody of those other acts that inspired them. And yet, Tame Impala still get heaps more critical plaudits than any number of more fully developed psych-rock acts out there with their own unique sound. Andrew Bosma 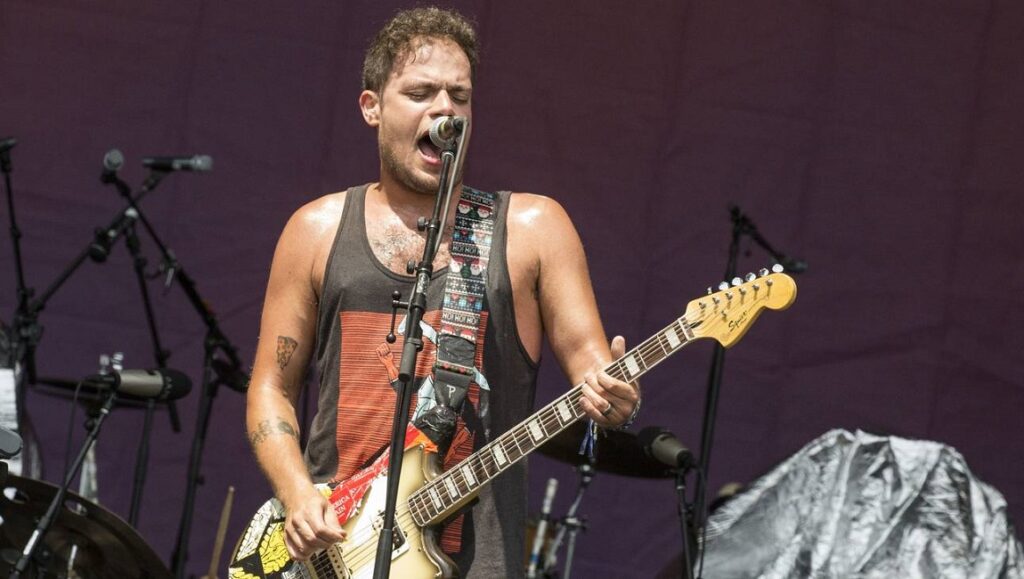 Jeff Rosenstock has spent the past decade or so getting flustered and yelling at a lot of different people in power — well, more specifically, he’s filtered his usual manic-ridden angst through a more righteous political angle, making his exasperated tone feel more directed. 2016’s WORRY. and especially 2018’s POST- both capitalized on this newfound ethos, channeling as they did the frustration and despondency many carried after our most recent presidential election; he stacked power-pop anthems alongside more structurally-sound harmonies and never took himself seriously the entire time, railing against systemic injustices and oppressive authority with a velocity akin to a speeding train. In other words, they’re a lot of fun. Since things really haven’t gotten much better since since the last time we checked in on Jeff, NO DREAM feels like the appropriate endpoint for the arc he’s crafted with these last three releases: after all, who would be foolish enough to still cling to their fiddling idealism these days?

So that means we have been gifted yet another 40 minutes of Jeff screaming, hollering, and swinging his vocals between these two affects across a collection of punchy tracks before getting to the five-minute-plus “grand” closer — a structuring principle that he’s utilized two different times now, and notably in more creative ways. This is to suggest that ideas and sounds are being recycled here, as the wheel isn’t so much being re-invented as it is just intensifying ever so slightly. The opening three tracks create something of an arrhythmic flow, as the songs jitter and stutter like agitated fits of nervousness, building up grand soundscapes just to tear them down with some blurted informalities; the title track then comes in to construct a thesis, first cooed with little agency and a sense of defeatism (“They were separating families carelessly / Under the guise of protecting you and me”) before breaking into a quicker tempo with a chanted vocal delivery. It’s Jeff doing what he does best: getting mad. But as the past four years have proven, there’s limited worth in expressing pure vexation beyond self-performative means; while it was fun at first, exorcising this particular sentiment, it has turned into something of an empty gesture this time around. Paul Attard

Michael Hadreas can seem obsessed with thoughts of his own death, whether those manifest as the immediate release resulting from some accident, or as the slow decay of a body ravaged by disease — these thoughts have been a staple of his music released under the Perfume Genius moniker. And while on its face that doesn’t sound ‘enjoyable,’ in execution, the subject complements a multi-textured approach to pop music that avoids the pitfalls of many mainstream artists. Take the standout track from Set My Heart on Fire Immediately, “Describe,” with its rhythmic, chugging guitars and heavy, layered drums. What distinguishes the song most from some alt-rock radio hit is urgency in the lyrics. Hadreas’s search for love finds him pleading, “Can you just find him for me? Can you describe them for me?” The aforementioned fear of bodily decay — Hadreas has been diagnosed with Crohn’s disease — here becomes an engine of urgency, a desperation behind the effort to “find” the affection that’s being sought. The same intense sense of longing manifests itself on other tracks from this album as well, like “Without You” (“You know it’s been such a long, long time without you”) and “On the Floor” (“I’m trying but still I close my eyes, the dreaming bringing his face to mine”).

But what elevates this lyrical preoccupation are the songs that allow Hadreas to imagine past the desire for something and encounter the feeling that even finding what you’re looking for doesn’t always satiate one’s inner need. On “Jason,” a sexual encounter with a straight man ultimately ends in heartbreak (“He was afraid, tears streaming down his face”) and on “Nothing at All,” the effort of carrying a lover’s emotional burdens weighs heavy. In the midst of these mixed emotions toward his relationships, Hadreas often returns to the state of his body: On the almost supernatural-sounding “Moonbend,” half-whispered vocals and a methodically slowed-down electronic instrumental leave the impression of a diminished being, as Hadreas croons of sacrificing everything for another (“Take his light from mine”). Perfume Genius has long been a heart-on-your-sleeve kind of artist, but this latest album has him bearing the fragility of his body as well as his heart. It’s this commitment to and explication of vulnerability that allows Hadreas to create such profound intimacy — a sort of present pact and future promise for his listeners. Andrew Bosma 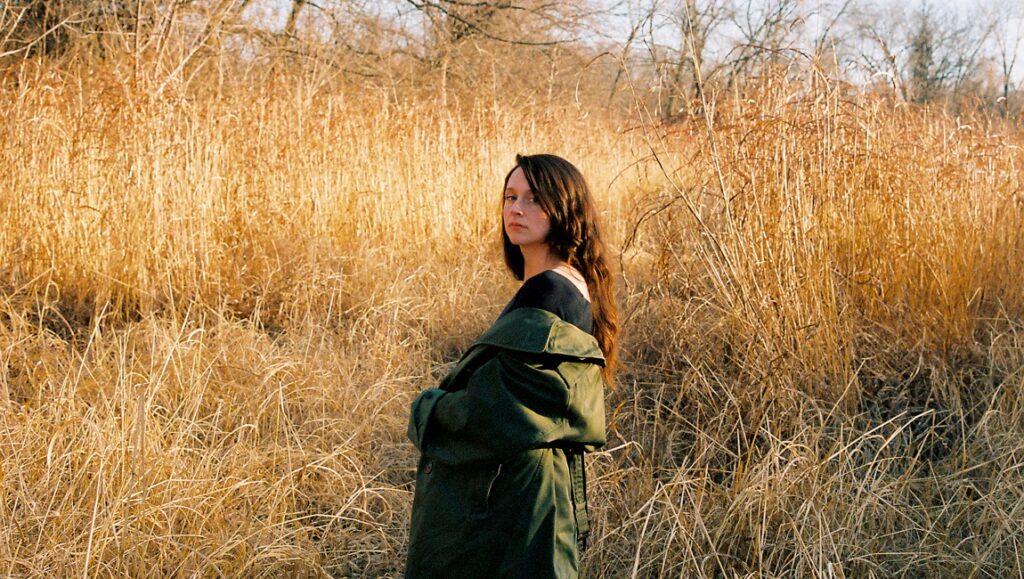 After 2017’s dark and brooding Out in the Storm it feels good to have a warm sounding record from Katie Crutchfield’s Waxahatchee project. Saint Cloud takes the essence of the previous Waxahatchee albums and distills them down from shoegaze-adjacent rock hooks to a sharpened Americana sound. It’s a personal album — the story of the long road to recovery for Crutchfield — and the lyrics locate the depths of struggle, especially on songs like “Lilacs” (“When I live a sparse existence, I’ll drop down in the fold/Lean in to an urgent falter, spin silence into gold”) and “Hell” (“I hover above like a deity/But you don’t worship me…Yeah, you strip the illusion, you did it well”). A strong reckoning with personal shortcomings and the mistakes of the past that have caused the people you love great pain doesn’t sound like a pitch for the sound of the summer. But the almost sultry swing of these recordings, as Crutchfield’s voice slides over the clear-toned electric guitar licks, makes this a prime ‘sunglasses on the deck’ listen despite the heaviness. And things do get heavy: “Ruby Falls” explores an emotional rock bottom, as Crutchfield sings of a friend who died from an overdose. “If you cross over tonight/You see beyond the darkest sky/You taste the blood as something wild and alive.” There are moments here that provide respite from sadness too, though: “Witches,” a celebration of the women that Crutchfield feels closest to, namechecks Marlee Grace (her frequent video collaborator), Lindsey Jordan (of Snail Mail), and sister (and one-time bandmate) Allison Crutchfield, ostensibly the people that helped Katie through trauma (“Lindsey’s giving me a little faith about/What tomorrow might bring”). The beauty of this album is the depth of the feelings, the ups and downs, that are sung about. Combine that with the rich guitar and passionate vocals and Saint Cloud solidifies itself as one of the year’s best albums. Andrew Bosma 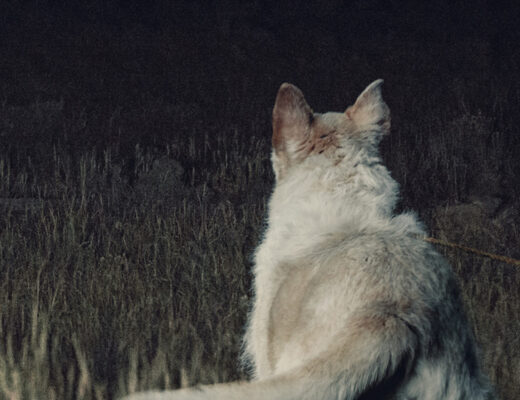 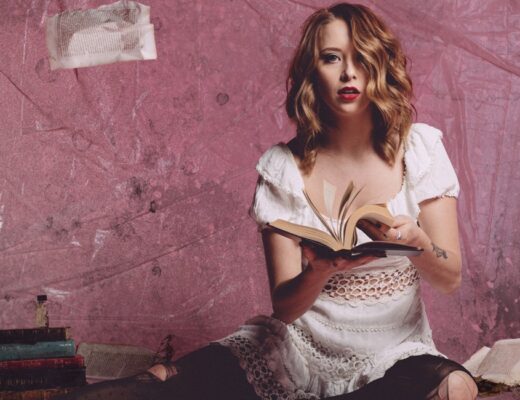 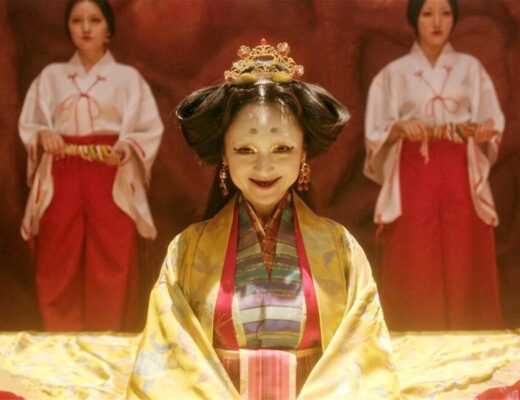