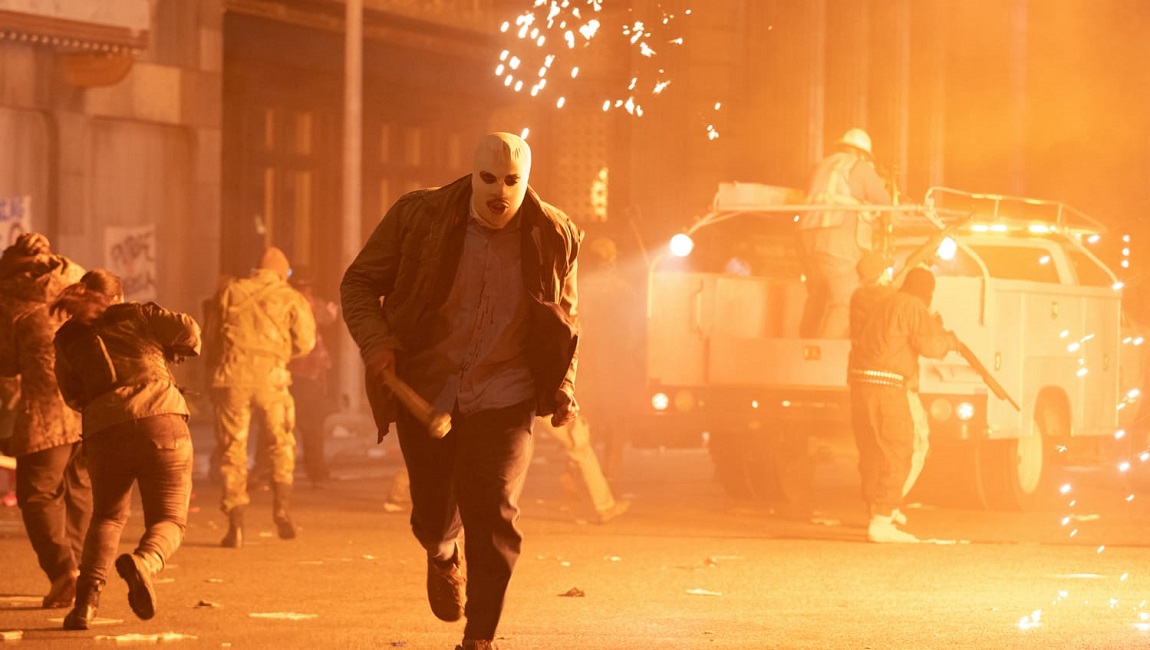 The Forever Purge is suitably cynical and cathartic effort, righting some of the series’ previous wrongs and more bluntly tackling America’s systemic evils.

Since James DeMonaco’s first film, The Purge series has found success in increasingly foregrounding its ideological concerns with each successive effort, making the already clear-as-day point even louder. If the first three films in the series had a major flaw — and they have issues throughout — it was in their constant centering of well-off white men out with personal vendettas. The Purge, a night in America when all crime, including murder, is legal (still a funny phrase after 8 years) was clearly designed as a necropolitical tool to allow the rich and the white to kill off minority populations and the lower classes, but the experiences of the most affected marginalized people were so often pushed to, well, the margins in favor of Frank Grillo’s brooding. Prequel film The First Purge and this new continuation, The Forever Purge, have found DeMonaco handing off the reins to his baby to directors of color (Gerard McMurray on the last film and Everardo Gout here) who have fittingly refocused the series on the people that should have been front and center all along. The Forever Purge is a nasty movie, one that sees its vision of The Purge’s America with brutal clarity, offering little in the way of glib hope for reconciliation or pleas to long since failed institutions. If it seems cynical, that’s refreshing amid a sea of mainstream pictures that see the American political climate and cowardly assure us it’ll all work out. The Forever Purge is not anything so lame as “the movie we need right now,” but it’s instead an in-focus snapshot of the national mood.

At the end of Election Year, the Purge was outlawed by the newly-elected liberal government, making all crime illegal every day of the year. In the time since, a series of title cards tell us that America has found itself increasingly divided, and the right-wing regime of the New Founding Fathers have been elected back into power, reinstating the Purge. Is this a very simple way of understanding the American political cycle? Maybe, but it’s exhausting to pretend it’s more complicated than that. For at least the last 30 years, American progressives have been made to settle for meager gains every four to eight years, only for the racist rest of the population to elect a right-wing ideologue even worse than the last right-wing ideologue in the next election. With more Americans than ever expressing outright allegiance to far-right authoritarian viewpoints, the cycle shows little sign of breaking. But The Forever Purge goes one step further: when this film’s Purge night ends, huge numbers of white supremacist purgers declare Purge Ever After and continue their killing sprees in broad daylight in perpetuity because, of course, racist violence enacted with impunity existed long before the Purge and continues even without explicit permission.

This is the situation that Adela (Ana de la Reguera) and Juan (Tenoch Huerta), two recent Mexican immigrants, find themselves in after they survive Purge night in a shelter provided specifically by and for their community. They are joined in their quest to survive — and to cross the border to the safety of Mexico — by Juan’s white employer Dylan Tucker (Josh Lucas) and his family. Dylan harbors racist animosity towards Juan, but the two families must together escape, and kill, hordes of white supremacists to get where they’re going. This is by no means a flawless film and, in fact, the list of things to take issue with is long. Characterization for everyone is broad to the point of abstraction, there’s still too much focus on a white character’s Journey to understanding, and the film pulls its punches when it comes to the police and military, organizations we know to be infested with white supremacist ideology but are presented here as ineffectual peacekeepers rather than perpetrators. And Everardo Gout, making his feature debut, isn’t yet a much better filmmaker than DeMonaco, whose direction was always something of a weak link in the preceding films. There’s a neat one-take through the streets of El Paso, and Gout makes admittedly effective use of handheld and GoPro footage, but there are a few too many cheap jump scares punctuated by loud noises — especially in the first twenty or so minutes, which could belong to a much worse movie — and the staging of its action scenes (not to be confused with their conception) is nothing to write home about.

Still, The Forever Purge is a blast if you can get down with it. The setpieces hit the right action-thriller buttons — an excursion into a movie theatre playing Browning’s Dracula is especially fun — and it’s as fast-paced and hard-hitting as you could ask for. While plenty has been said and will continue to be said about the misguided use of racist terror as spectacle in horror film, Gout does his best not to revel in that violence, keeping it to the margins unless necessary for an upsetting plot beat. He absolutely revels in the reverse, however, making energizing visceral thrills out of white supremacists getting absolutely wrecked. Is there a greater cinematic pleasure than a machete in the head of a vile, racist devil? Indeed, at its best, the violence of The Forever Purge points to the cathartic potential of movie violence, making a case for why we have it in the first place. In its open-ended conclusion, grim but not entirely devoid of hope, The Forever Purge responds to Election Year’s hollow “get out the vote” messaging with a call to action of its own: fight back. 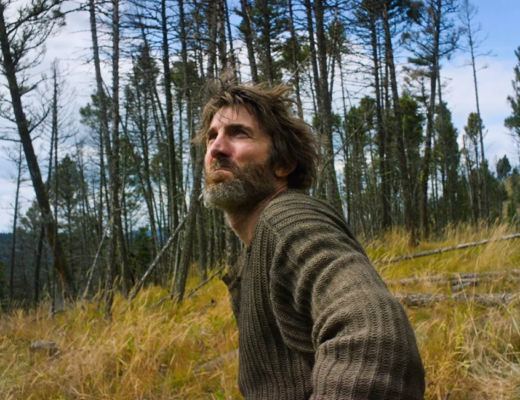 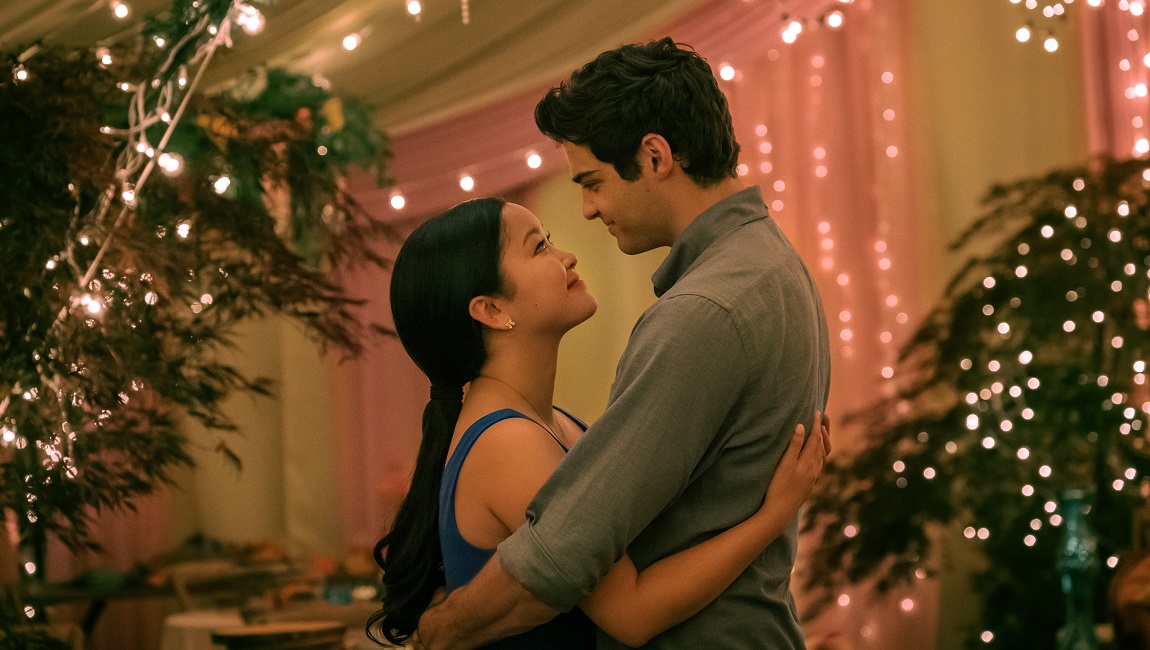 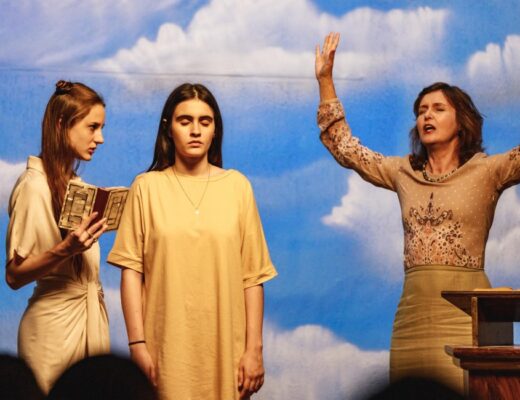