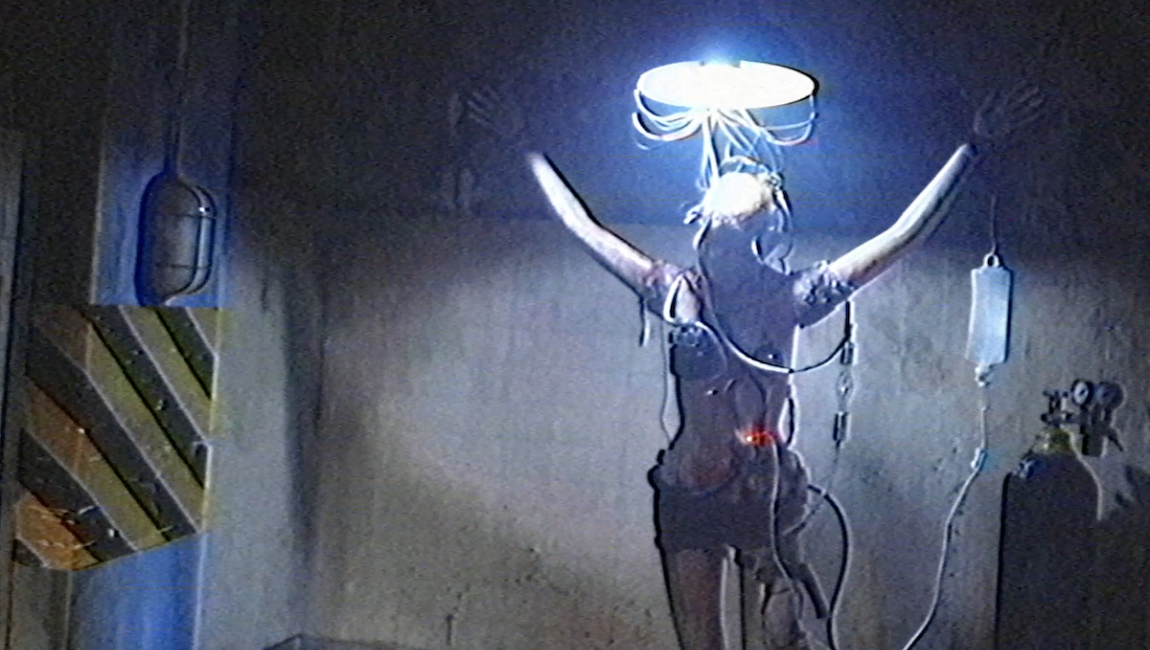 V/H/S/94 isn’t entirely successful, but it marks an upswing for the anthology franchise from its last entry.

The first V/H/S film was a novelty, a throwback to the old-fashioned omnibus anthology features that littered the arthouse scene in the ’50s, ’60s and ’70s. It wasn’t a great film, exactly, but it revived interest in a largely moribund format (a Creepshow here and there notwithstanding), leading to both its own sequels, V/H/S/2 (2013) and V/H/S: Viral (2014), and a bevy of likeminded projects — The ABCs of Death, Tales of Halloween, Southbound, XX, and so on. When it was released in 2012, the digital revolution was already well established, giving the film a patina of quant nostalgia for a generation of genre fans raised on Blockbuster rentals and crummy bootleg video tapes. But the project’s original raison d’etre — endless variations on the once-popular found-footage genre — has long since evaporated, as Blair Witch knockoffs have fallen out of favor, leaving the series largely a compendium of tossed-off ideas by already-established filmmakers or calling cards for the up and comers. In that sense, at least, 94 is no different, although the batting average here is significantly higher than it was in Viral.

Like every entry in the series, 94 begins with a wrap-around story that it returns to in between each individual segment. Titled “Holy Hell” and directed by Jennifer Reeder, it’s the weakest link here, a barely coherent series of clips featuring a SWAT team infiltrating a warehouse that contains evidence of bizarre cult activity. There’s some impressive production design — lots of cathode tube monitors arranged in pillars, defaced corpses, empty cells covered in blood — but the camera is so shaky and the editing so haphazard that none of the images have time to land or cohere. The first proper entry is “Storm Drain,” directed by Chloe Okuno. Using a cheap ’90s local news broadcast as its framing device, the film showcases a female reporter (Anna Hopkins) and her cameraman as they trawl the sewers for an authentic human interest story. There’s an urban legend about a “Rat Man,” who they assume dwells under the city. Problem is, the legends are true, but it’s no man skittering around down there. Okuno lathers on the atmosphere, and there’s some decent jump scares as shadows flicker along the sewer walls. Unfortunately, the payoff is lacking, with a creature reveal that leaves much to be desired (the costume has an interesting design, but it’s so cheap you can almost see the seams). Still, the short ends with a goopy, gross little stinger. Up next is Simon Barrett’s “The Empty Wake,” which feels like a sketch that the accomplished writer/director correctly assumed wouldn’t fill out a feature length narrative. Using a few video cameras, each positioned at a fixed angle, the film purports to document a wake for a recently deceased man. A young lady (Kyal Legend) is there to supervise the wake, but no one shows up, leaving the room deserted. Left to her own devices, she seems to hear sounds emanating from the closed casket. Is she just nervous, or have they somehow embalmed someone who wasn’t actually dead? Barrett utilizes the large, cavernous space smartly, emphasizing an eerie quietude that envelopes the large swaths of empty space in the room. But, given the length of the film (each one clocks in at or around 20 minutes), there’s just not much here to chew on; there’s a big reveal involving a nifty bit of gnarly special effects, and then it simply ends.

Significantly better is Ryan Prows’ “Terror,” which details a group of white supremacist militiamen who are keeping someone chained up in their compound. Prows starts off with what appears to be a Groundhog Day scenario, as the captors repeatedly shoot this prisoner in the head, only to return later and do it again. Of course, something supernatural is afoot, and once the prisoner breaks free the film explodes (literally) into a flurry of action. “Terror” shares with Timo Tjahjanto’s “The Subject” an understanding that these kinds of short films work best when they eschew proper narratives and instead go for pure, visceral shocks. Tjahjanto has made his name on stunningly violent action films like Headshot and The Night Comes for Us, and co-directed (with The Raid’s Gareth Evans) the best segment of any of the V/H/S films, Part 2’s “Safe Haven.” “The Subject” manages to switch gears several times over its brief runtime, as a mad scientist details to the camera his experiments on human subjects, before police swarm the laboratory, kill the madman, and begin investigating the scene. The camera turns into a first-person point of view, as one of the subjects revives and tries to escape the slaughterhouse, dodging police and eventually forced to defend herself. It’s a barrage of over-the-top carnage, as cops are massacred and weird steampunk-looking creatures run amok. Tjahjanto builds and builds, ratcheting up momentum that’s punctuated by grievous bodily harm and exploding heads. It’s also the short that most fully ignores the assignment, chock full of hi-def imagery and plenty of CGI augmenting its man/machine hybrids. Like all the segments, “The Subject” looks cheap, but it moves so fast and is so gleefully gruesome that you probably won’t care.

There’s probably a term paper in here somewhere about how a series of films dedicated to analog nostalgia exist almost entirely thanks to modern digital technology, recreating old video defects with high tech filters and color correction (of all the shorts, only “Terror” looks like it could’ve actually been shot on an old camcorder). But questions of authenticity (or lack thereof) aside, those looking for gory, bite-sized morsels for the spooky season should be pleased. One benefit of modern technology — you can skip past the segments you don’t like and get right to the good stuff.

You can currently stream V/H/S/94 on Shudder. 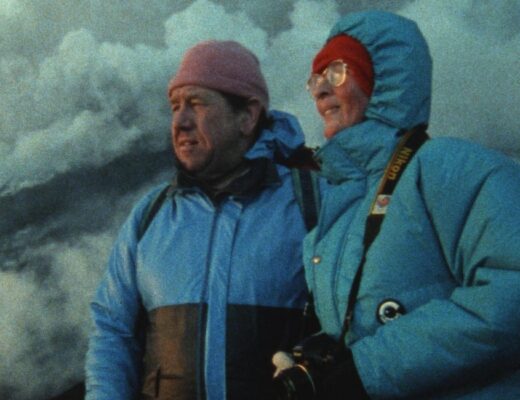 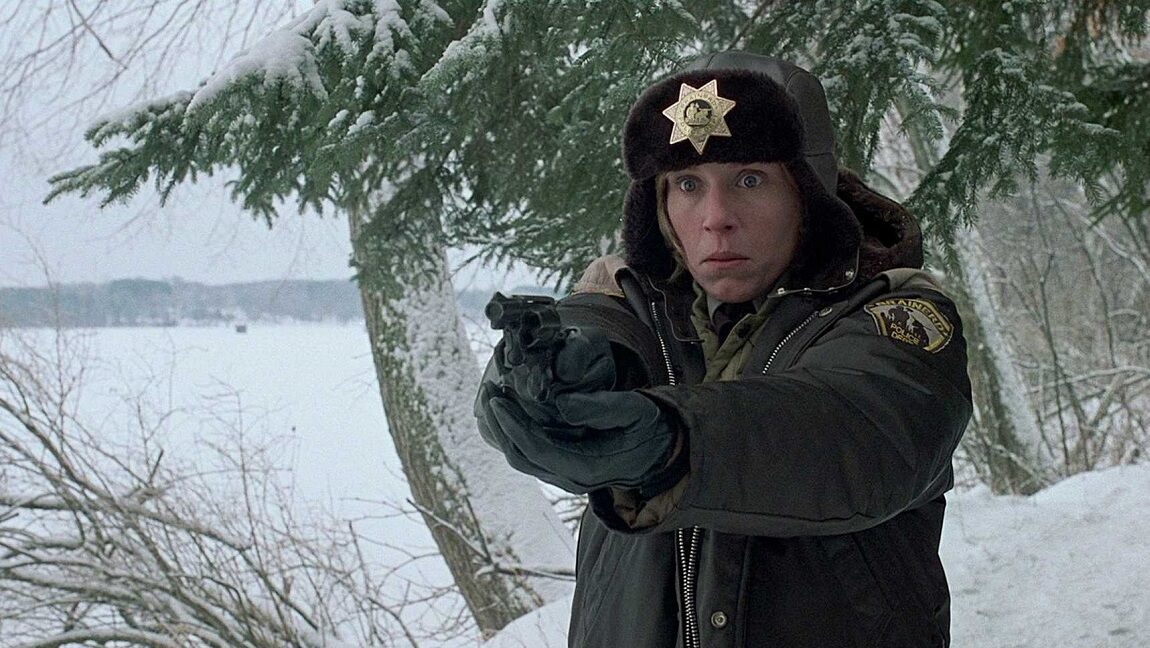