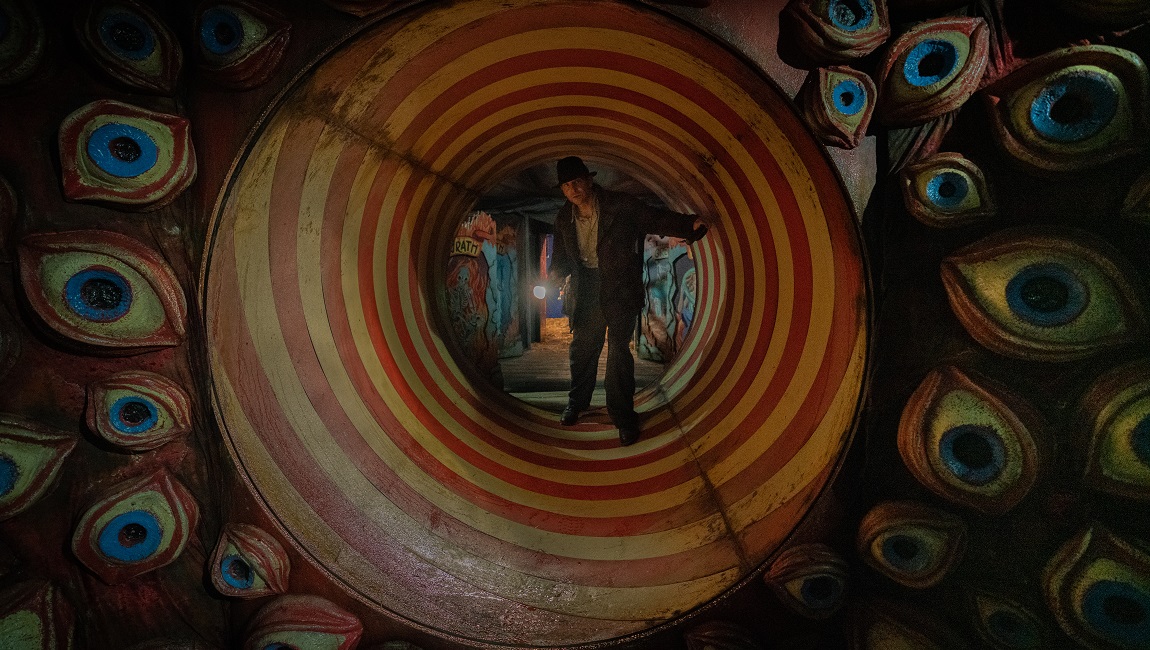 Nightmare Alley suffers from some tonal imbalance and isn’t always suited to its epic style, but the strength of craft and del Toro’s familiar heart-on-sleeve emotionalism keep things from ever feeling like a mere con job.

It’s hard to believe staring through the time-warp of the pandemic that four years have passed since Guillermo del Toro’s Shape of Water first hit theaters in 2017. Like many films of its moment, Shape was broadly celebrated for, and ultimately marred by, its compulsion to be a movie of the times; a blunt, overly sentimental tale of outsiders taking on fascist oppression in the name of love, a heart-on-sleeve retort to prevailing Trump-era nightmares. Credit where it’s due, del Toro’s film was substantially more romantic and imaginative than, say, the righteous tedium of Spielberg’s The Post from the same year, which already feels like an answer to a trivia question. Flash forward to 2021, and del Toro (releasing alongside Spielberg again) brings us a different film of the times, as Nightmare Alley’s pessimism feels right at home kicking off the third year of the pandemic, in a post-Trump America where Trump policies (mass deportations, restriction of women’s rights, etc.) continue their forward march. Leave it to del Toro, then, to infuse even the cynical grit of the source material with a sheen of sweetness and myth, his trademark at once differentiating the work from the already great Edmund Goulding adaptation of the ’40s, while at the same time undermining some of the down-to-earth strength of the original. At its worst, the overinflated neo-noir dips toward the irksome pastiche of the Miller/Rodriguez Sin City. At its best, Nightmare Alley strikes at a raw nerve underneath its stylish abandon akin to Alan Rudolph’s Trouble in Mind.

Starting out as a novel by William Lindsay Gresham, Nightmare Alley’s caustic prose outlined the grisly degradations of carny life and the rise and fall of huckster/mentalist Stanton Carlisle,  and was quickly adapted into the excellent 1947 film of the same title. Del Toro’s screenplay — written with screenwriter/film critic Kim Morgan — has a curious relationship to the original film, inserting some striking deviations that work to varying degrees. The most significant of these is a deepened backstory for Stanton (Bradley Cooper) that kicks off the film. The opening, which depicts Stanton burning a body in a mysterious house, is fresh to this adaptation, and sets a tone of grisly menace. Whatever past Stanton is escaping is more monstrous than any of the con games he executes, and flashbacks to it haunt the narrative just as they haunt him. The choice of Bradley Cooper as the central silver-tongued huckster feels particularly apt, as his introduction finds him channeling the withdrawn stoicism that was essential to his performance in American Sniper. Furthermore, concretely setting the film at the brink of America’s involvement in WWII emphasizes this overarching Americanness, urging us to pair the turmoil of Stanton’s past to the nightmarish sins of the country’s birth (slavery and genocide), and his rapid ascent into the circles of the gilded elite to the quaking geopolitical rise of post-war America, tethered to the horrors of the atom bomb. While this political undercurrent is less explicit than del Toro’s Cold War setting in Shape of Water, its presence here carries far more weight.

Fleeing from the hazy terrors of the past, the at-first silent Stanton finds himself at the end of the line, literally forced off a bus with nowhere to go until a traveling carnival captures his attention. Del Toro handles the grimy realism of both book and original film with his signature brand of stylized gothic. At once, it’s wonderful to see the world of the carnival elevated to the scale of myth, and yet, something critical is lost in translating the terse baseness of the underlying source toward that of an epic. Take, for example, Stanton’s first encounter with the “geek,” an alcoholic who sits at the bottom rung of the freak show, biting heads off chickens as his act. The pivotal introduction to the idea of a man hitting bottom is presented in flat and precise terms in the novel, but given the sound and fury of del Toro’s overarching aesthetic, the “geek’” here takes on the visage of a Gollum-esque monster more in line with the fantastic spiel Willem Defoe’s carnival barker gives to weasel nickels out of the rubes who’ve come to gawk. The same goes for the critical moment of the film’s first half, in which a devastating mix-up, another simple act forcing an unpredictable turn of fate in the original, is given a similar air to that of the deterministic curse of del Toro’s gothic horror Crimson Peak. For certain, the original Nightmare Alley leans into the idea of tarot and bound fates, but it does this in a sly, tongue-in-cheek manner, a con that one pulls on oneself, rather than trying to foist it on the viewer.

Despite its drawbacks, the use of such mythic scope is still often invigorating. Particularly of note is how the second half of the film — Stanton’s rise from a freak show to the world of high-society mentalism — is awash in golden hues, and the splashy cinematography dances across the set design upon Stanton’s arrival into the psychoanalyst cum femme fatale’s bank vault of an office. Meanwhile, the strength of the deep bench of performers bolsters the case in favor of the film, even if some seem to be on different wavelengths — a likely effect of both the pandemic shoot as well del Toro’s slippery tonal framework. The impromptu Carol reunion of Rooney Mara and Cate Blanchett offers a good example of this dissonance, with Mara trying to level an ill-fitting doe-eyed innocence and Blanchett awkwardly hamming it up, the two scanning like they’re in two different films. Cooper has an easier time threading this particular needle, but his performance works best when it can bounce off a skilled hand, and so during the brief segments with Toni Collette, David Strathairn, and Richard Jenkins, he shines. But the fact that Mara and Blanchett, who dominate the film’s second half, never quite find their footing leaves him sometimes treading water as well. That said, del Toro’s aesthetic overload tends to lend gloss to these flaws, and the snappy pacing driving the explosive final act doesn’t hurt either. Much like the carnival acts it depicts, this bombastic rendition of Nightmare Alley is all about how much you’re willing to buy in: inspect it closely enough, and things don’t seem on the level, but if you’re willing to play along, there’s just enough craft and quivering heart amidst the dizzying machinations to keep you from feeling like you’ve been had. 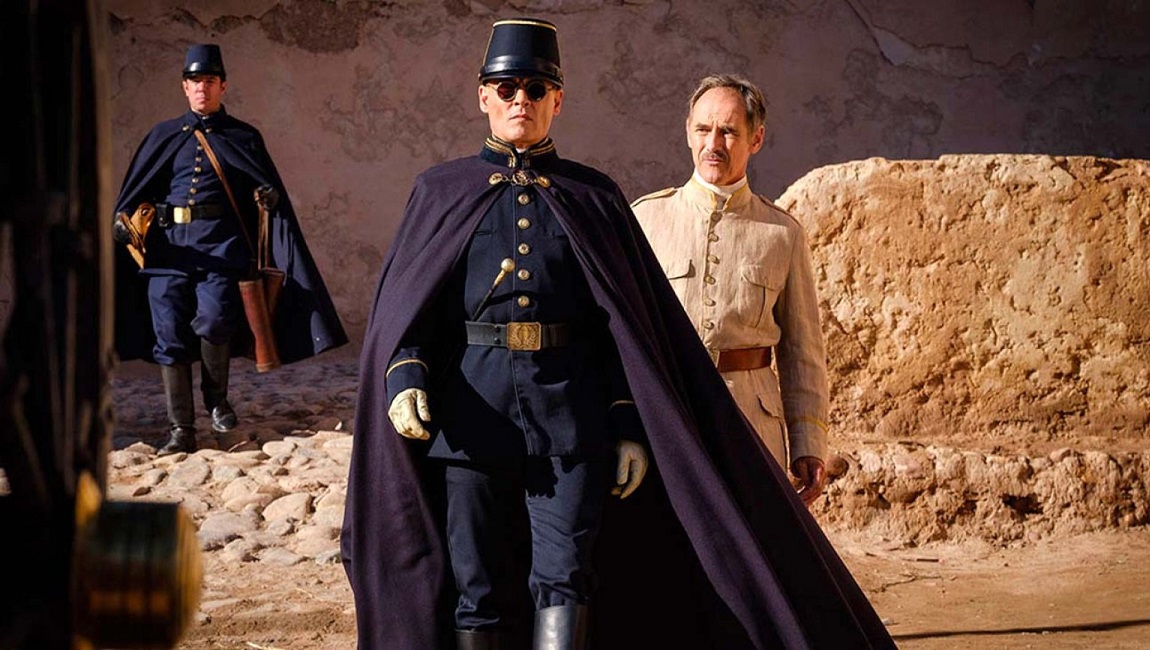 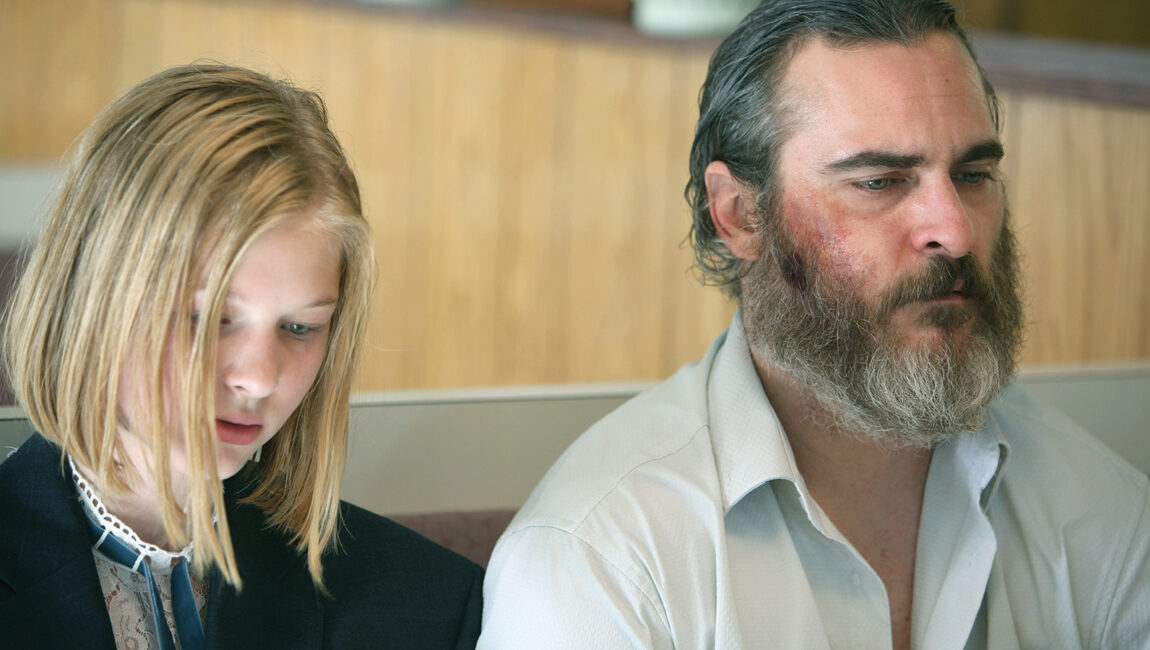 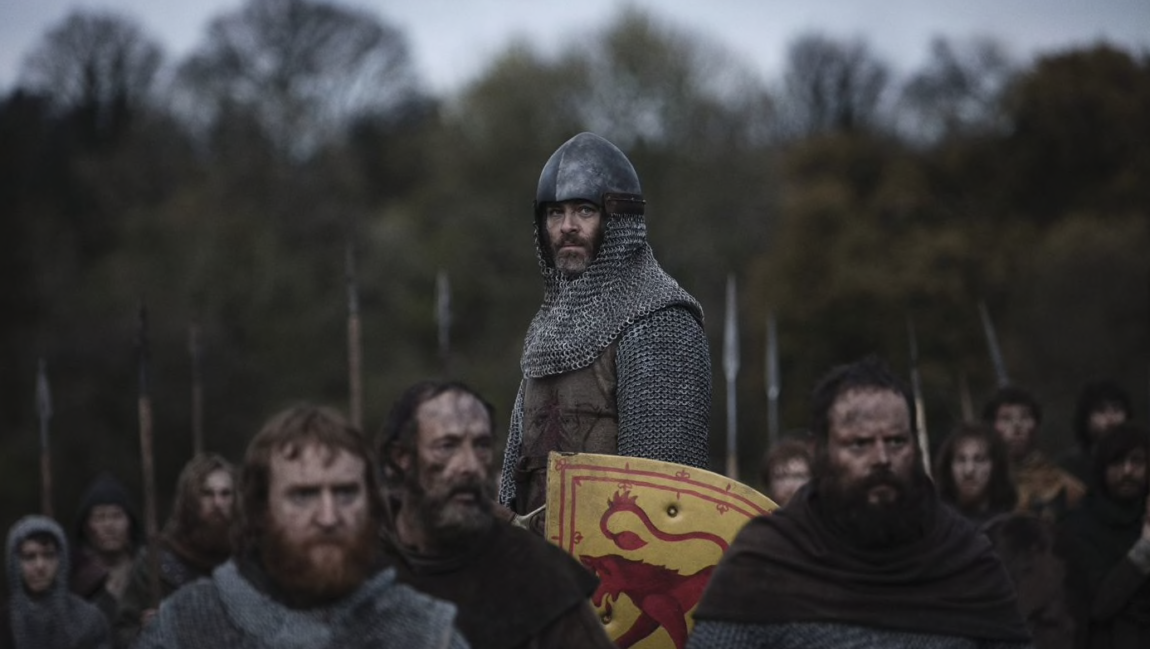 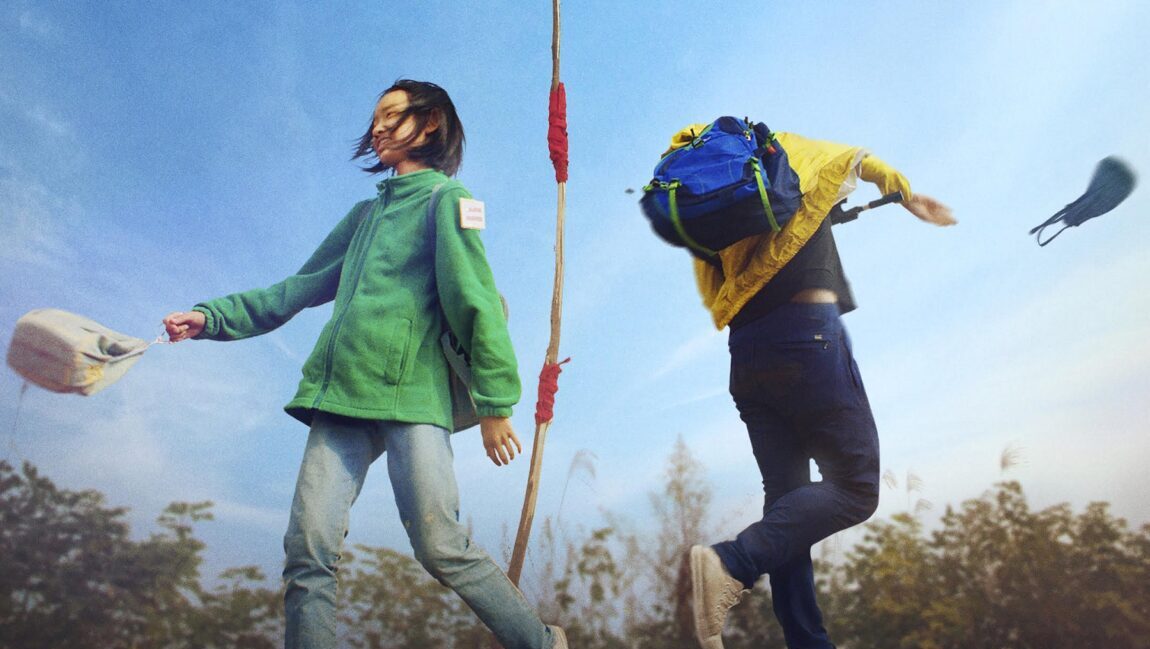 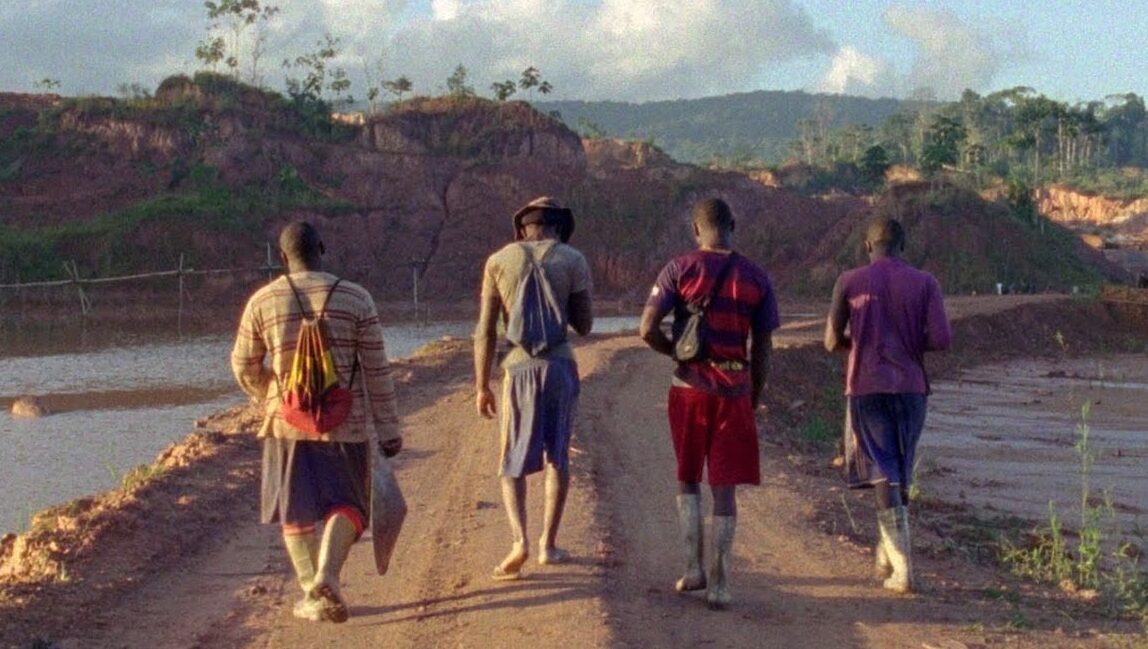