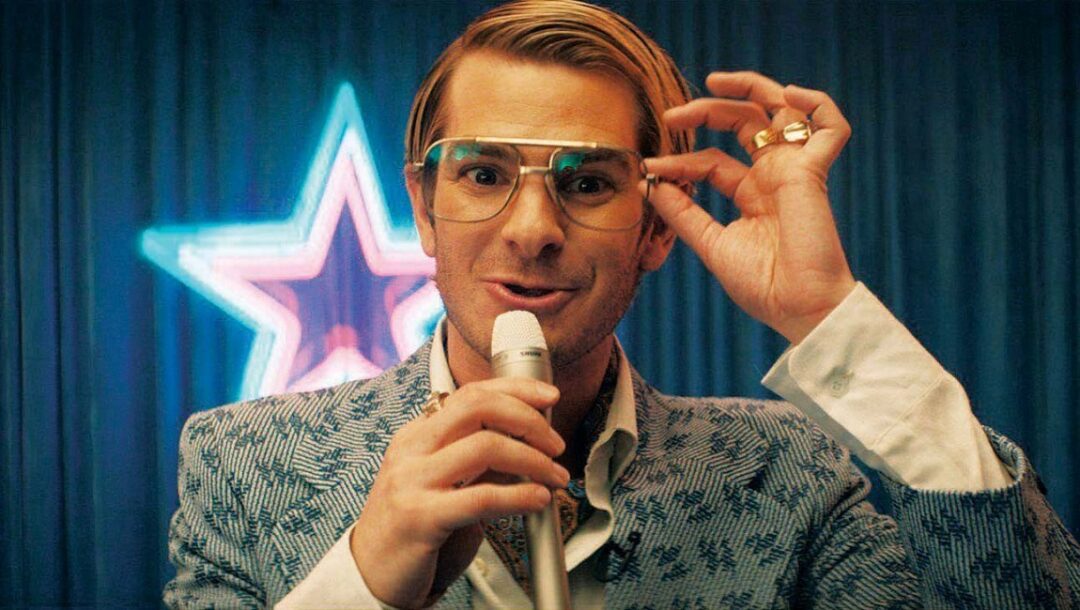 Mainstream is a depthless, toothless attempt at satire that was out-of-touch at conception and arrives well past its expiration date.


Social media, as captured in cinema, is largely a trap. The past decade has demonstrated its allure among filmmakers, and it’s easy to understand why: it’s fertile, dramatic territory, rife with irony, hypocrisy, and mystery to tease out into some ostensibly meaningful cultural commentary. It’s also always evolving, allowing for habitual reinterpretation whenever a new platform or trend emerges. The problem, then, is that internet culture frequently reshapes itself faster than films can be made, and this reactionary instinct to court the lurid markers of the now results in films that already feel dated by the time they hit the big screen. Films that avoid this pratfall typically do so by either including some broader context of a society in flux (The Social Network) or mining the tension of human-machine intersection and its psychological implications (for instance, in Pulse) rather than resorting to pat caricature in the guise of incisive satire.

Gia Coppola’s Mainstream specifically takes aim at the monolithic influencer culture that saturates YouTube, Instagram, and, most recently, TikTok, but sadly — and somewhat surprisingly given the director’s relative youth — fails to rise above some half-baked kitsch-critique that feels filtered through the gaze of a geriatric rather than a millennial. In fact, its narrative and spiritual predecessor is very clearly A Face in the Crowd, the comparison so strong that it seems more of an unabashed, internet-era re-interpretation than any original creation. An abrasive, eccentric charmer (Andrew Garfield) of dubious mental stability is discovered, commodified, and turned into a media monster, a mixture of corporate interference and personal animus uncorked by both moral laxity and external validation. There’s a certain absurdism (at times bordering on anti-humor), to early proceedings that suggests something wilder and more unwieldy may follow (ruminations on the freedom and difficulty of influencer marketing results in such dialogue as “How do you market sneakers to someone who thinks he’s a cat?”) And yet, while Mainstream demonstrates little restraint, there’s a toothlessness to its out-of-touch commentary and its Pollockian approach to seeing what sticks. Even the familiar DIY aesthetic of modern social media magnates is here bafflingly traded for a glitz and glitter talk show setup.

None of this critical vapidity is enlivened by Coppola’s odd visual flourishes. Weakly attempting to portray the modern, heavily-virtualized experience of living, she throws in a few inconsequential animated sequences, such as one character’s vomit manifesting in some rainbow-colored array, and other moments of digital fuzz and sub-clip-art quality graphical debris. She also opens her film with, and occasionally recalls, a series of silent-era intertitles that are only here to emphasize the evolution (and perversion) of the moving image across the past century, but that too is little more than a depthless affect. By the time Mainstream reaches its climax, which finds Garfield’s internet persona, waning in popularity, issuing a fourth-wall breaking screed directly to the camera, it’s hard not to feel overwhelmed by the film’s shallow sanctimony. It’s a moment that simultaneously recalls Michael Haneke’s familiar accusations of audience complicity and A Face in the Crowd’s jarring ending, but it’s the latter that feels like an appropriate summation of Coppola’s soapbox. It’s as if she, rather than Garfield’s scuzzy brat influencer, were talking to the audience, borrowing Andy Griffith’s famous send-off as cynical signature: “Good night, you stupid idiots. Good night, you miserable slobs.”