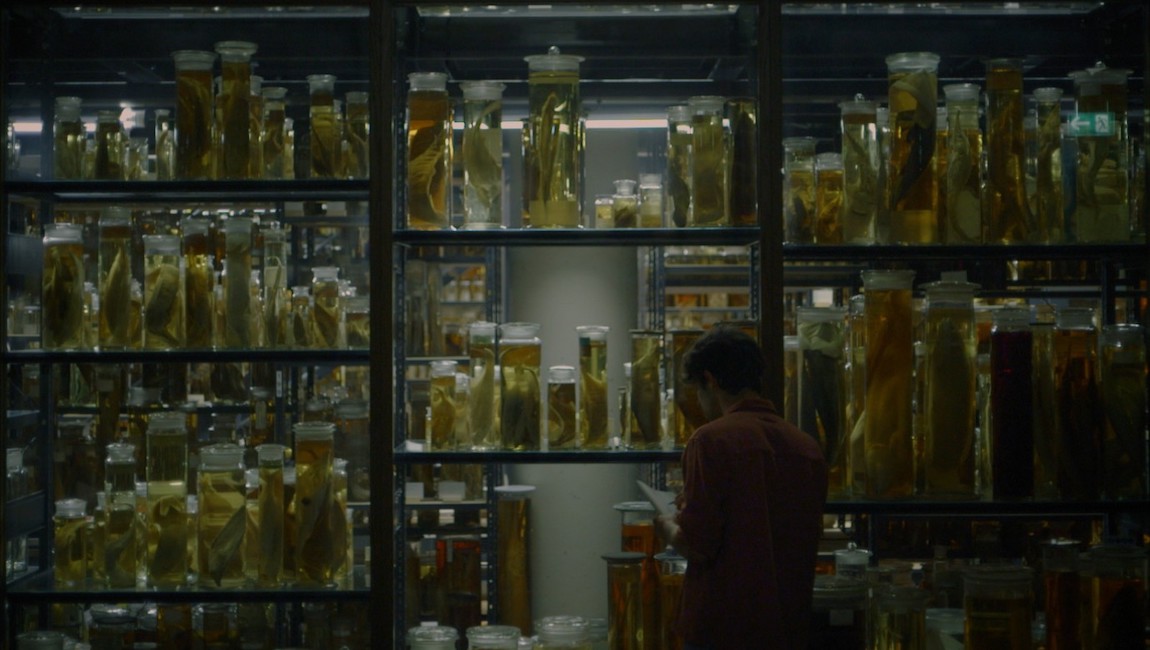 “Swimming in lakes and ponds one also drinks out of, and finding that everything that one sees is intimately linked to one’s body movements, constituted a kind of alternative to the physically passive position of the cinema spectator — and a hint of a realm that lies outside of our industrial civilization,” wrote Fred Camper in 2003, describing how his many wilderness trips taken throughout the ‘70s were his “deepest source of spiritual sustenance” over the cinematic likes of Brakhage, Gehr, Kubelka, and Markopoulos. Dane Komljen’s Afterwater, likewise, is probably the closest “film” — an odd descriptor for a work that features Hi8 footage and was partially shot on a digital camera — produced in some time to successfully emulate this liberating relationship between subject and nature. It’s comprised of three disparate segments, each one less concerned with narrative than the last: the first is a proto-Angela Schanelec riff, set in the present, and with two awkward biology students reading, swimming, and camping near Lake Stechlin in Brandenburg, occasionally spouting lines from American limnologist George Evelyn Hutchinson’s A Treatise on Limnology — all while the densely vegetated landscape continuously threatens to consume this nameless duo. The second takes on a more distant, documentary-like approach, seemingly emerging out from the past to provide a more global context for Komljen’s experiment (filmed at a lake in Zamora, located in Northern Spain). The avant-garde finale — which is easily the most exciting section, at least on a moment to moment basis, simply on the strength of its extremely garish, “deep-fried” videocassette visual aesthetic — drops any pretense at establishing a clear linear progression between each portion, existing in a space removed from an established time zone or geographic location; three nameless entities, once again, simply exist amongst an environment of constant alteration, grappling onto one another’s bodies with a slow, precise rhythm straight out of the physical theater (this one, on its own formal merits, feels like it would be right at home in Collectif Jeune Cinéma’s vast collection).

If this at all sounds a bit nonsensical — and to a degree, on a surface level, it certainly is — then perhaps some relief will be drawn at hearing that Afterwater’s greatest strengths lie in its impeccable textural details, not its deadening thematic interests: the mirroring, almost reverberating lakes these languished bodies always seem to be bobbing in and out; the floating poppies that litter the sky like small dust particles floating around a living room during cleaning day; the bright crimson roses of the second segment; and, perhaps most interestingly, the deteriorating grain of the camcorder-shot third. This is to say that the best approach to take toward this material is in a loose, atmospheric sense, almost like an art installation; here, Komljen proposes that once you free your body from the confines of commercial cinema, you can thus truly free your mind to the great ecstasy of heightened perception. While that’s a bit of a lofty goal considering the general shapelessness of the final product, its advocacy for a body-minded cinema — especially in regards to the aforementioned visual character of the feature — are refreshing in a world dominated by straightforward thought. 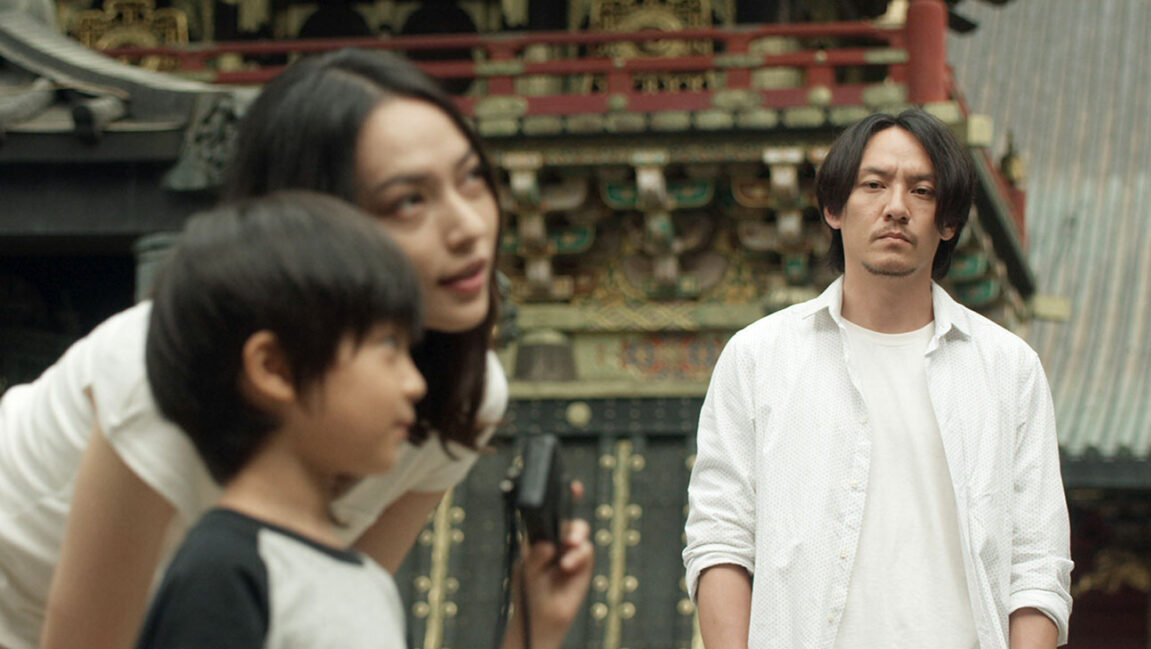 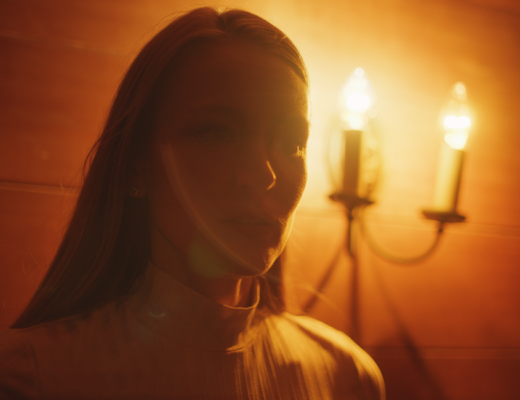 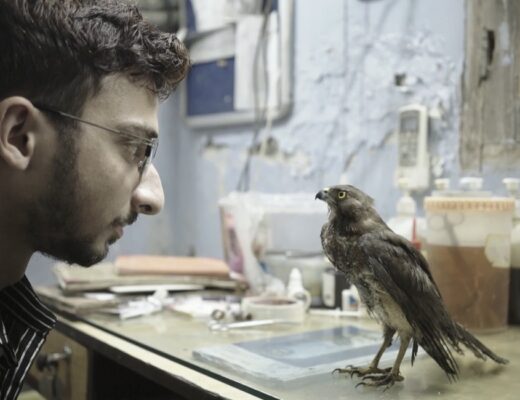 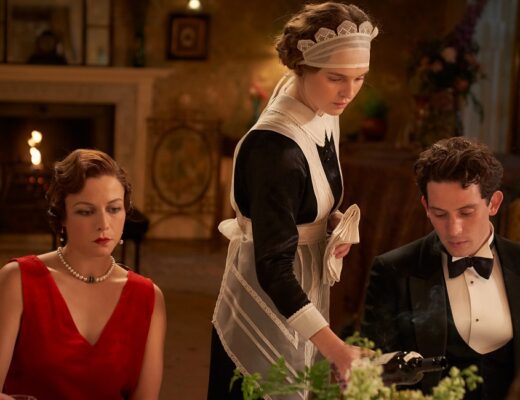 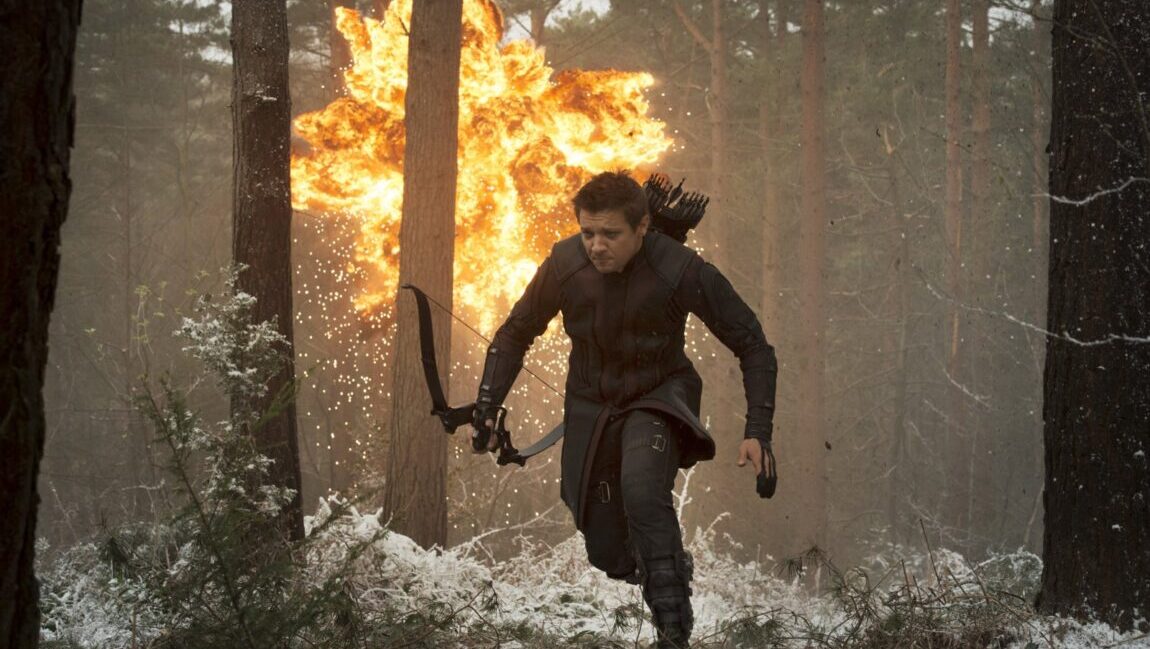