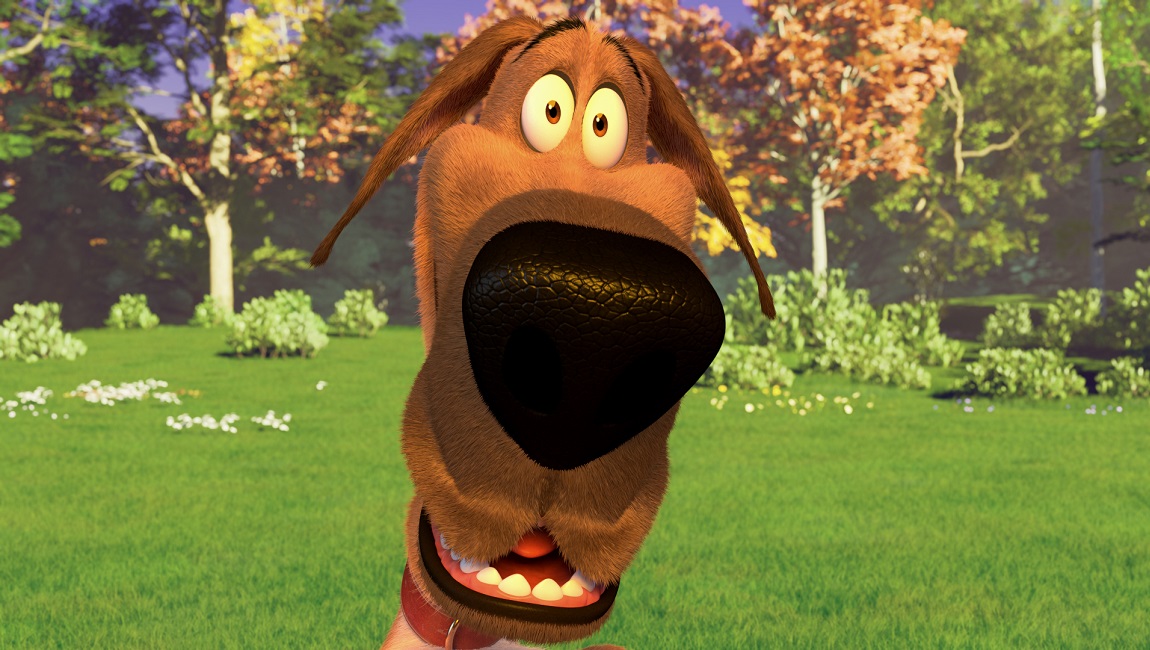 Marmaduke is one of the most scatological films you’re ever likely to see, and so it’s fitting that it turns out to be an epic piece of shit.

New animated Netflix comedy Marmaduke, which comes courtesy of director Mark A.Z. Dippé, is based on the long-running newspaper comic strip series from Brad Anderson and marks the lovable Great Dane’s first film appearance in cartoon form, a rather surprising realization considering the strip itself has been around since 1954. 2010 saw a live-action adaptation in which Owen Wilson voiced the inner thoughts of the titular lug, and it was met with the proper amount of indifference, but even that film seems like Citizen Kane in comparison to the full diaper currently being unleashed upon undiscerning families looking for something to keep their kids occupied for 90 minutes. It’s certainly no accident that this was greenlit after Anderson’s death in 2015, and it makes one wonder if there’s some sort of family vendetta against the respected cartoonist, as this adaptation is roughly the equivalent of raining a steaming stream of piss all over his tombstone. That’s not to say that the comic strip itself was any work of much depth or profundity — just a Great Dane generally wreaking havoc on the lives of its owners. It wasn’t immune to the accusations of monotony that plagued similar and similarly longevous strips like Heathcliff and Family Circus, but for fans, that simplicity was what made Marmaduke so relatable, and why it indeed managed to survive so long. It was also free of the bathroom humor that makes up the majority of this animated adaptation, a film so obsessed with defecation that it will likely become a staple for coprophiliacs around the globe; that it isn’t being simultaneously released on Pornhub is a missed marketing opportunity.

When it comes to animation, there is a fine line between “stylized” and “cheap,” and Marmaduke stumbles over it more than this critic taking a field sobriety test, although perhaps that’s to be expected from the animation house responsible for the likes of The Nut Job 2 and Spark. All of the characters — human and animal alike — are a combination of sharp angles and formless blobs, their movements halting and jerky. The males are all have super-skinny limbs, while the females are given thick thighs and badonkadonk asses to the degree that Elastigirl herself would blush. In trying to one-up the stoner-surfer delivery of Owen Wilson, the filmmakers have hired the one and only Pete Davidson to voice our lovable hero, and not once is the vocal performance ever convincing, even given the bungled animation monstrosity on screen. That he is forced to perform a rap entitled “Bow-Wow” during the film’s end credits testifies either to Davidson’s wholesale commitment or his utter lack of shame, although one might argue that latter ship sailed around the time he agreed to work with Judd Apatow.

The “plot” concerns the Winslow family’s efforts to find a proper obedience trainer for Marmaduke after he destroys Billy’s birthday party by jumping in a kiddie pool that apparently contained so much water that it flooded the entire neighborhood, seemingly killing dozens of children in the process based on how seriously everyone takes the faux pas. Noted dog whisperer Guy La Fleur (Brian Hull) becomes aware of Marmaduke after a particularly scintillating report of the incident on Entertain-Mutt Tonight, forcing the legend out of retirement to reaffirm his dog-training proficiency. Guy announces that he can take a stupid sack of shit like Marmaduke and turn him into a canine capable of winning the upcoming World Dog Championship, through a process of training that basically involves torturing Marmaduke to a degree that would cause mass heart attacks at PETA HQ. At various points in the film, Marmaduke is beaten, electrocuted, set on fire, catapulted into a tree, and used as shark bait, all of which is presented as the very pinnacle of comedy. Yet Marmaduke’s greatest indignity comes at the preliminaries, when an especially shimmering and bitchy show dog by the name of Zeus — somehow voiced by J.K. Simmons — tricks Marmaduke into eating an entire buffet’s worth of food right before the competition, resulting in the zany mutt being unable to control his bowels, ultimately shitting in the large first-place trophy. Indeed, Marmaduke’s gaseous emissions during all of this are so severe — and rendered in an animated cloud of thick green smoke — that spectators either instantly pass out or attack one another in an effort to vacate the premises, with one particularly obese man getting run over by a car in a mad dash to the exit.

Marmaduke is ultimately so upset by his actions that he travels around the world by paw, shown at various points climbing The Great Pyramid and swimming the Atlantic Ocean. This naturally becomes a major news story, although Guy still ends up having to sleep with the president of the organization behind the World Dog Championship to snag Marmaduke a spot, a rather curious detail to include in a children’s film, although this movie is just as obsessed with sex as it is caca: at one point, a smitten French poodle by the name of Shantrelle (Shelby Young) says to Marmaduke, “I won’t bite…unless you want me to,” and later, this same dog’s talent of song and dance is described as “seductive” by the competition commentator, because sure, why not throw in allusions to bestiality. All of this is simply scratching the surface of the utter embarrassment that is Marmaduke, a movie that sounds like campy fun in theory but is never entertaining for even a single moment of its never-ending runtime, even as it includes a scene of childhood bullying that threatens to teeter into Larry Clark territory at any moment. That Netflix is releasing this just as news reports are detailing how the streaming service is bleeding viewers is certainly a choice. Not only do kids deserve better than this pandering garbage, but so does the human race, full stop.  If this is the future of Netflix, may God have mercy on its corporate soul.

You can currently stream Mark A.Z. Dippé’s Marmaduke on Netflix. 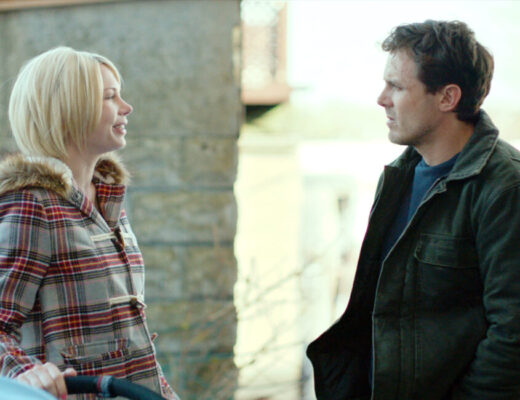 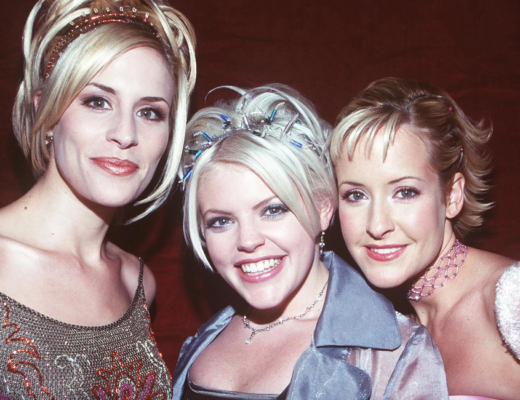 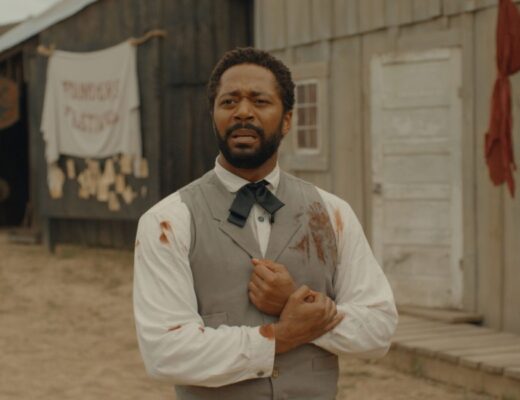 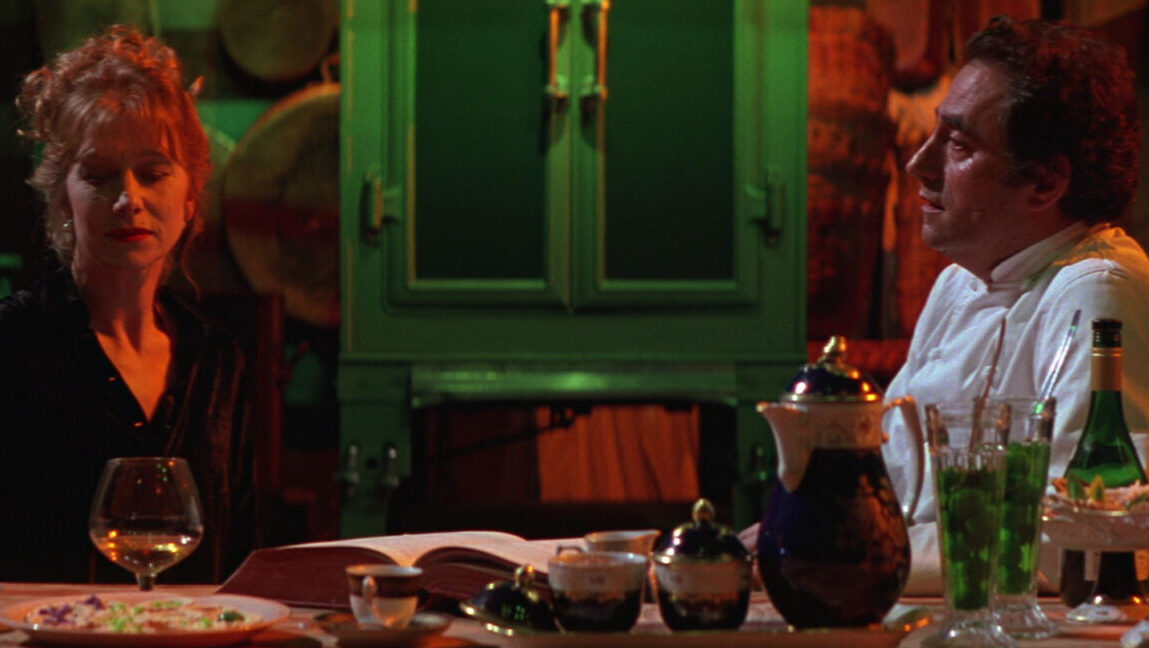