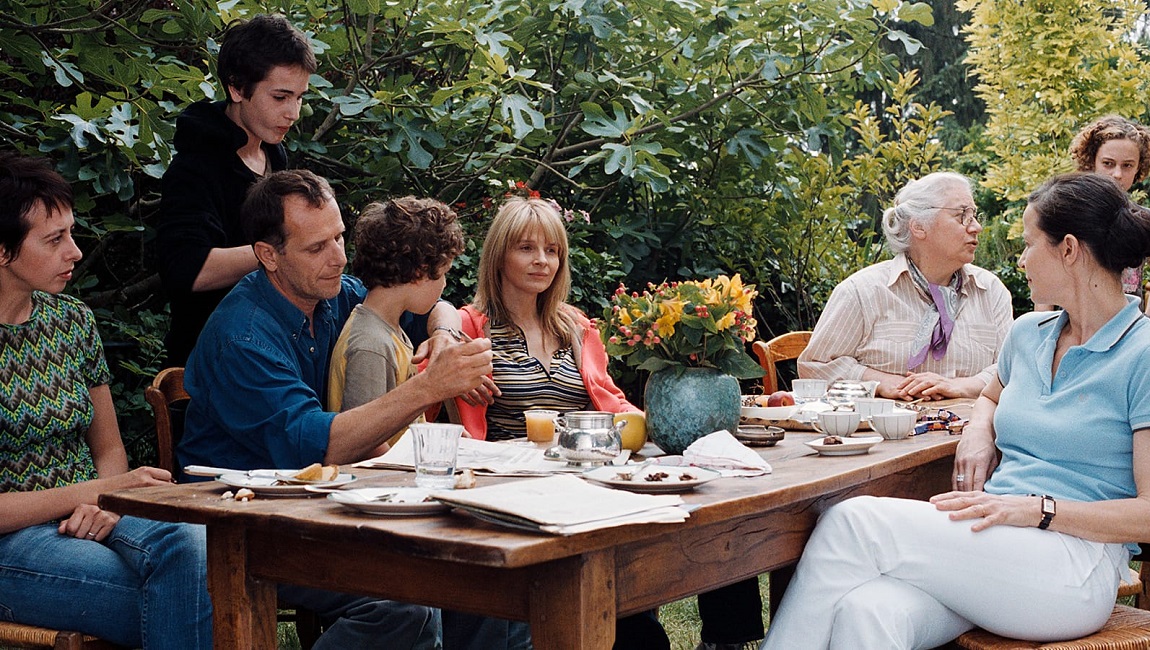 It’s the middle of the afternoon and I’m waiting in a theater sparsely populated with a dozen other strangers. Suddenly the lights dim, the curtains pull back, and the image of an old house partially concealed by a lush forest appears on screen. As the opening credits roll, the house fades and flickers — beautiful, ephemeral. Collectively, we try to will the shimmering mirage into existence, but it eludes us. Eventually, the house fades, replaced by a scene of children playing in the country. Summer Hours, French writer/director Olivier Assayas’ latest film, is a deceptively simple tale about the death of a matriarch, Hélène (veteran Edith Scob), who has spent the last third of her life devoted to the preservation of her uncle’s art. Her small mansion in the country is a veritable shrine to his memory, filled with his own creations as well as the art he had loved and collected in his lifetime (much of it furniture). But unlike a museum, it’s a living, breathing, organic space; when Hélène’s children and grandchildren visit her in the beginning of the film, we discover the memories etched into the fabric of each piece. Priceless vases filled with flowers picked from the fields; rare art nouveau furniture cluttered with knickknacks and stuffed with toys.

Hélène’s death early on in the film brings her three children (played by Juliette Binoche, Charles Berling, and Jeremie Renier) back together again, forcing the adults to decide on the fate of the house-as-shrine. While we might expect a Bergman-esque torrent of spiritual introspection, familial in-fighting, and personal revelation, we instead find an all too familiar acquiescence to life’s incessant realities. A fractured narrative ensues, reinforcing the power of life’s banalities over the larger questions of our lives. Assayas tells his story without any obvious didacticism, and cinematographer Eric Gautier’s camera captures the dynamic relationships in the family with a balletic grace. Weaving and spinning around larger gatherings, we sense the motion and movement of a family thrust forward, while he regards smaller confrontations in intimate close-ups, revealing the depth and nuance of the relationships. Summer Hours is the second film commissioned by Paris’s Musée d’Orsay, the famous museum built inside of the former railway station Gare d’Orsay. The first was last year’s arthouse sensation Flight of the Red Balloon, and while both only nominally include the museum in their respective stories, Summer Hours features it much more prominently, though not necessarily flatteringly. As much of the family’s art ends up in the museum, we see it stripped bare for display. Crowds of onlookers pass it by with barely a glance; the art’s significance fades, just like the film’s opening mirage.