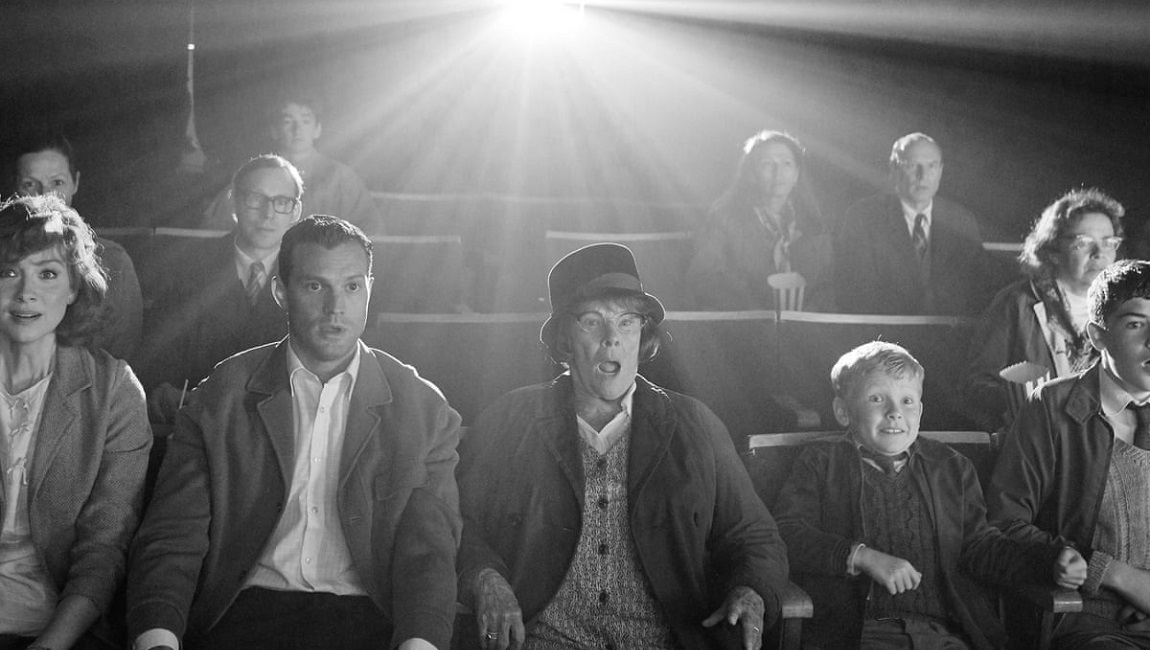 There’s very little to distinguish Belfast as a work of art, a film that uses its dramatic and formal elements only in service of feel-good platitudes.

The semi-autobiographical film can often bring us closer to a director, pulling back the maintenance panel to reveal the subconscious machinery powering their filmographies. There are some who operate in a state of near-perpetual autofiction (Charlie Kaufman) or those whose recurring themes are so expressive (Claire Denis) that autobiography seems beside the point, but Kenneth Branagh’s place in this conversation is a curious one. He’s an actor/director defined by Shakespeare — Henry V and Hamlet are likely his strongest films in both capacities — although these plays make up less than half of his filmography. With the Bard out of the picture, Branagh’s remaining work reveals him as a nimble journeyman leaping from the likes of Thor to Jack Ryan to Cinderella, occasionally stumbling into disasters (Mary Shelly’s Frankenstein, Artemis Fowl), but generally straddling a baseline competency that even when it pulls in exciting unpredictable directions (Dead Again, Sleuth) never quite broaches the remarkable. This means the prospect of a deeply personal film from Branagh is at least ostensibly intriguing, a tease which makes the resulting disappointment of Belfast hurt all the more.

At a quick glance, there’s temptation to compare the film to Alfonso Cuarón’s Roma; after all, the superficial similarities are patent: both are black-and-white paeans to their director’s hometowns, both dip into nostalgia tempered by unrest and violence, both pay tribute to the rapturous discovery of cinema, and both are set about a year apart, around 1969/1970 respectively. It’s no wonder the promotional materials lean into this comp, with their use of stark yellow type recalling Roma’s memorable poster. That said, it takes less than a minute into the film for this comparison to fall apart. We are bombarded by a colorful, Van Morrison-backed montage of present-day Belfast which has the slicked sheen of a tourism marketing — it couldn’t be further from Cuarón’s humble mop-and-bucket meditation if it tried. Branagh’s film might be set in August 1969, at the eruption of the Troubles in Northern Ireland, but his interests lie elsewhere as he reduces the conflict to cartoonish dimensions in service of crafting an uplifting narrative of family resilience, childhood wonder, and the human spirit. A more fitting comparison, then, is the cavity-inducing treacle of Ron Howard, whose recent nadir Hillbilly Elegy shoots for (and far wide of) similar targets.

Once we transition from the glossy opening of the present to the black-and-white past, we are met with a different manner of artifice. Branagh’s obvious theatricality runs through his entire filmography, but rarely have his sets felt so limited and small (the intentionally claustrophobic Sleuth is a unique exception). The street world of Buddy, the nine-year-old Branagh stand-in, feels like a flimsy stage production, an effect only exacerbated by the theatric conventions of the screenplay. Branagh’s talents are multifaceted, but screenwriting is clearly an Achilles heel, as up until now his only original screenplay was his desperately unfunny theater farce In A Bleak Midwinter. Credit where it’s due, Belfast has a far superior script, but it’s nonetheless mired in the tedious formulaic constructions of a writing workshop. The predictable character development of each family member has the stiff manner of a queue of actors taking turns to step into a black box theater to deliver pointed monologues. The cinematography of frequent Branagh collaborator Haris Zambarloukos helps enrich the experience somewhat; beyond some ostentatious and predictable shifts to color when Buddy goes to the movies, there are some arresting and impressive compositions littered throughout. However, there’s only so much to be done with the paltry material. Take, for example, the film’s closing, which takes a spectacular shot and holds its beauty for only a mere second before it’s tainted by a shlocky Hallmark-card coda — a microcosm of the decision-making at work throughout.

At the very least, we waste no time before the boy’s idyllic life — rushing home from play with a trashcan lid held aloft as a knight’s shield — is inevitably upturned by the violent turmoil overtaking the city. This sets the film in motion and acts as the fulcrum, as the family needs to decide whether to stay or leave, all while Buddy continues to navigate childhood, now burdened by the tensions, anxieties, and threats of violence that linger in the air. There’s a solid cast propping things up, with Jamie Dornan and Caitriona Balfe as Buddy’s parents and Ciarán Hinds and Judi Dench as his grandparents, their natural chemistry and charisma elevating some of the hokier script elements. It’s easier to forgive the contrived subplot about Buddy’s crush on a classmate when Dench is the one who gets to dispense the advice, and similarly impressive to watch Balfe, the film’s silver lining, bring much more depth to Buddy’s mother than the script suggests. Sadly, the same can’t be extended to Jude Hill (Buddy himself), whose heart-on-sleeve earnestness might be a perfect fit to depict a young Branagh, but which has the effect of tripling down on the films’ grating ham-fisted sentimentality.

What sinks Belfast however, is the presence of the same general vapidity that quietly winds its way through much of Branagh’s non-Shakespearean work. The broad paint-by-numbers plot develops, centering its primary conflict between Buddy’s saintly father and the “You’re with us, or against us,” mentality of a local anti-Catholic gang leader. Any distinct features of the film blur into the generically inoffensive, feel-good dramatizing (preaching a message of bland tolerance and not much else) so popular today. It may seem like having a child protagonist might restrict the themes and subject matter that you would explore, but just take a quick look through an array of films of this kind to see the depth that’s possible: Louis Malle’s Au Revoir Les Enfants (a favorite of Branagh’s) handles the shame and complicity of bystanders during the Holocaust, Spike Lee’s Crooklyn celebrates a Brooklyn childhood without once losing perspective of race and class, Terrence Davies’ The Long Day Closes is a blossoming poem to the childhood memories that we carry with us for life, Abbas Kiarostami’s Where is the Friends House? probes at questions of when doing the right thing must override the demands of authority, Céline Sciamma’s Petite Maman ruminates on navigating the loss of a parent. Each of these films are told through the eyes of children, and each boast unique approaches dictated by a director’s concrete vision. There are glimmering moments in Belfast that hint toward such an success, but when the ultimate goal is to uplift the audience at any cost, these intriguing — even if also uncomfortable — elements get scuttled. It’s hard to find any type of unique directorial or authorial presence here, and the closest we get to something like it is a lingering scene of the young Buddy entranced by a production of A Christmas Carol. Branagh lovingly holds the shot on the stage performers, Marley’s ghost stands in chains encased in tints of blue and sparkling golden glow. The moment enraptures Buddy, and in the grasp of its hold on the young boy, you can finally sense Branagh’s rapture as well, alongside his palpable yearning to be directing Dickens instead. 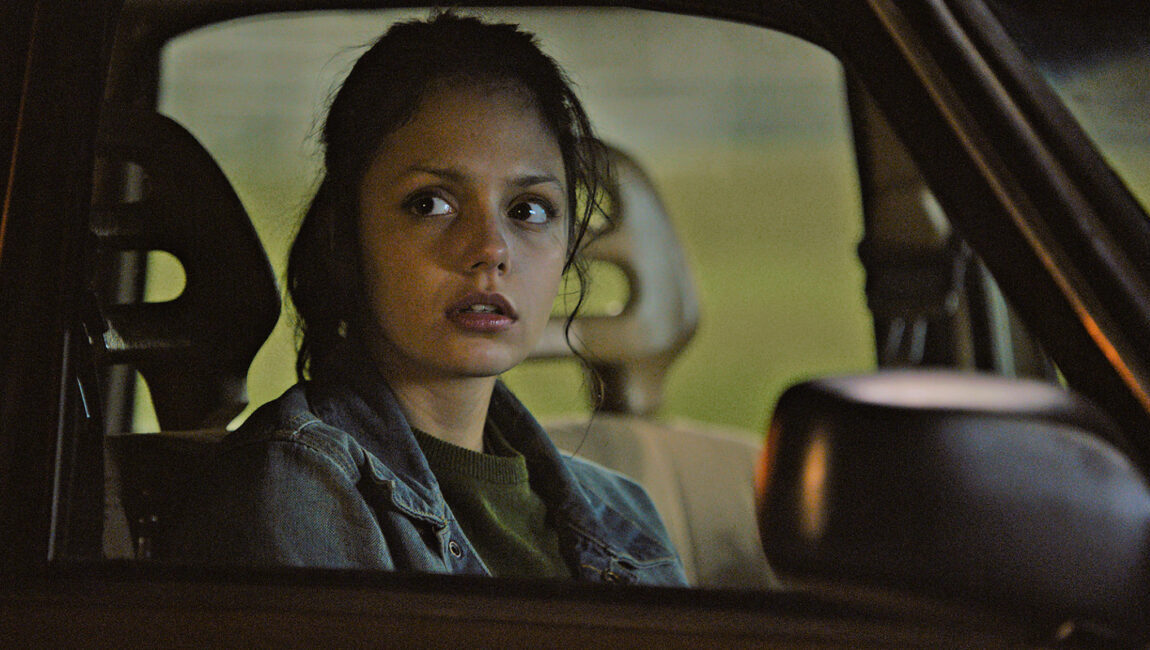 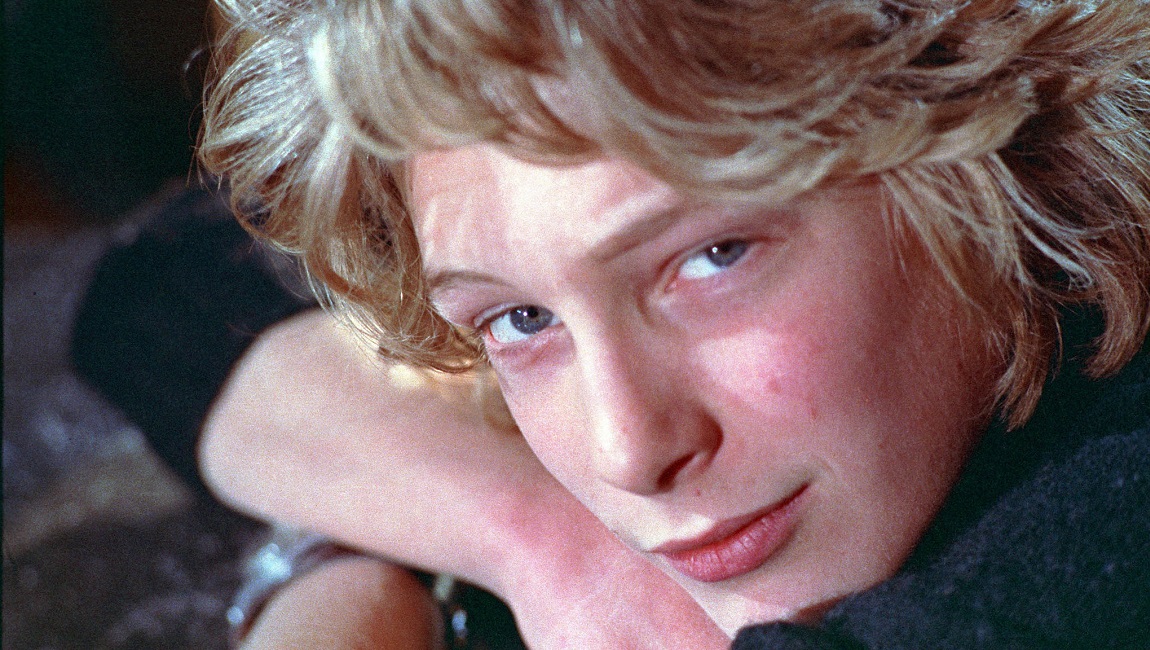 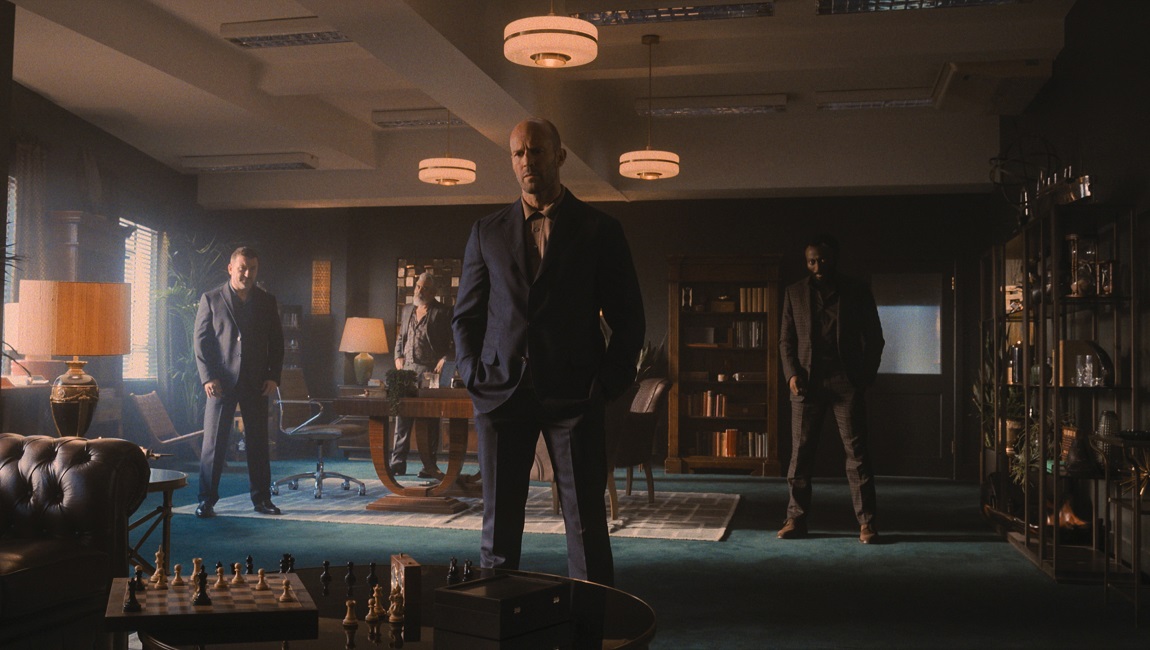 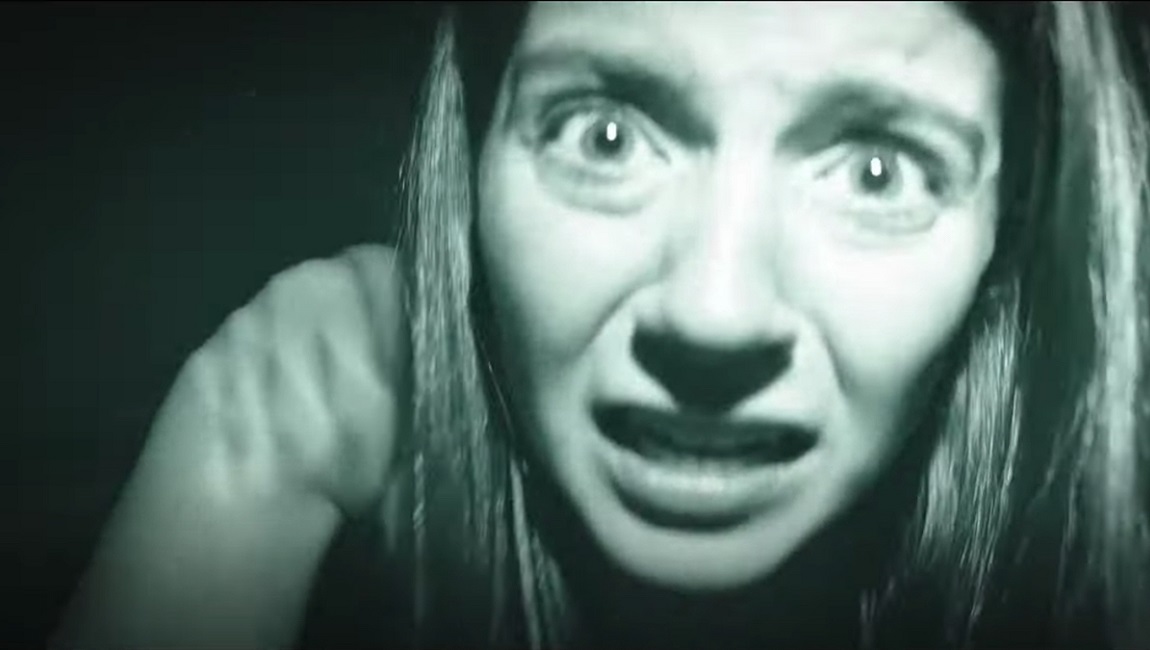 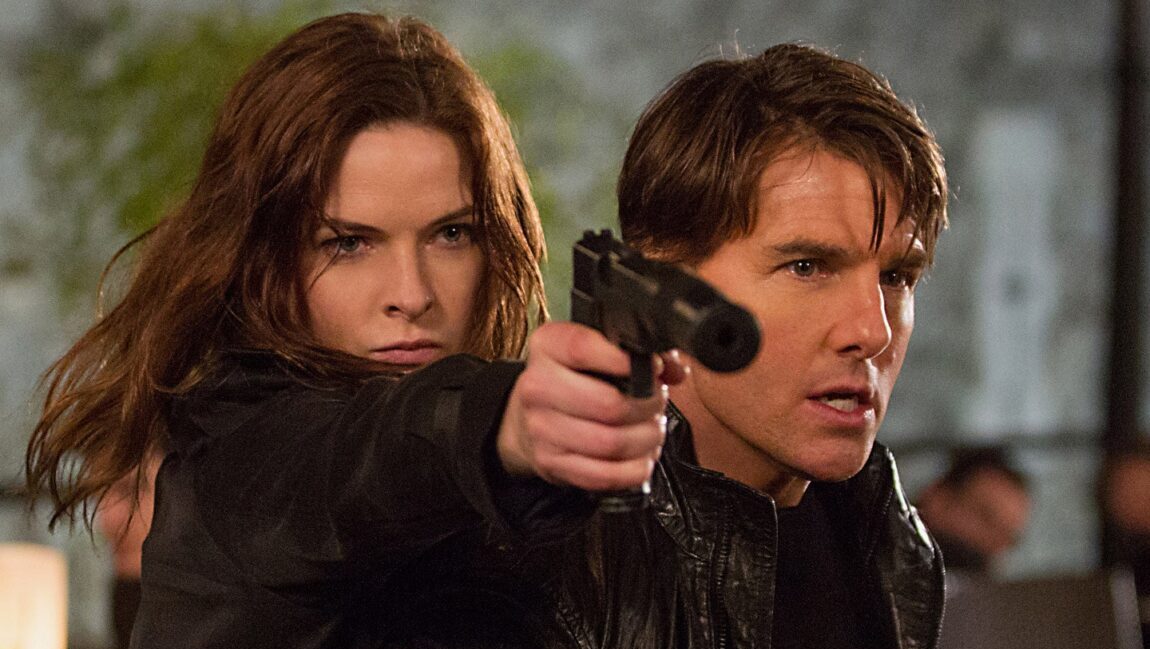