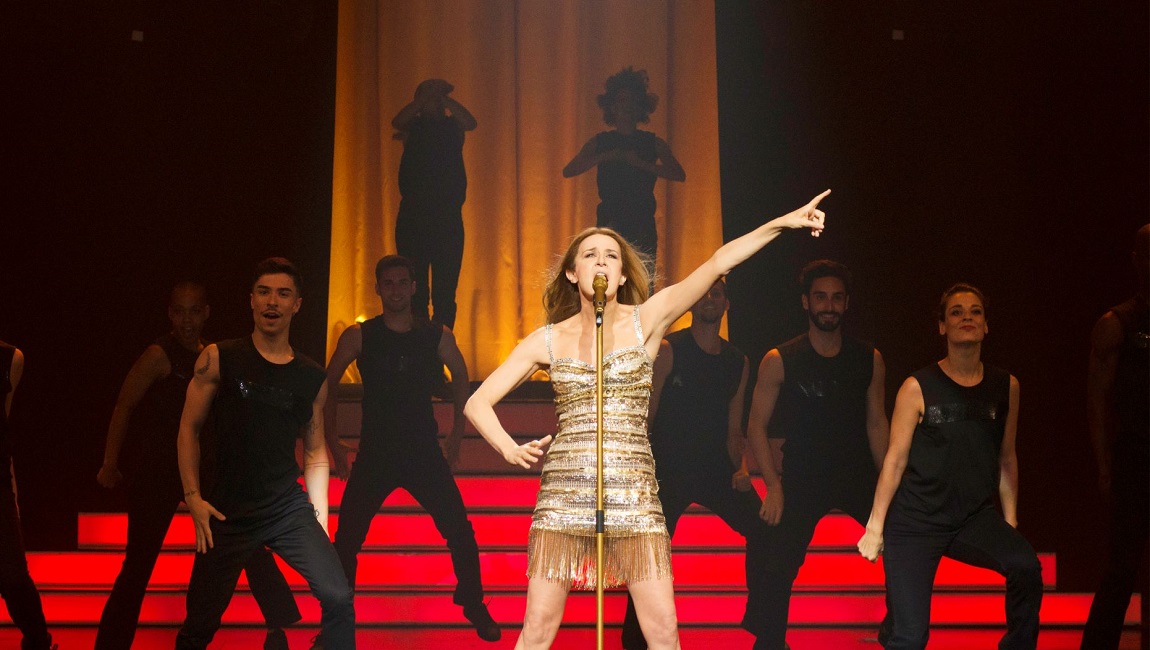 Aline is an undeniably singular film, but its eccentricities are mostly gloss on an overly-familiar biopic template.

The new musical drama Aline is officially described in its marketing materials as “A fiction freely inspired by the life of Celine Dion,” a fact which anyone with functioning eyes could deduce within the first ten minutes of the film, when writer-director-star Valérie Lemercier makes the bold decision to superimpose her middle-aged face onto a five-year-old child’s body, an act which basically screams, “Unauthorized!” Lemercier is something of a sensation in France, a comedienne and singer who has directed multiple films, none of which have landed with any sort of significant impact stateside. But all of that is likely to change with Aline, an audacious musical biopic that may not ultimately find mainstream success, but which will undoubtedly attract a rabid following in certain circles. That’s not to say the movie is necessarily good, but there’s no denying that it is distinct, for both better and worse.

Aline Dieu is the youngest of 14 children and gifted with a set of pipes that could apparently make the Pope himself weep. Performing sold-out shows in venues across Canada by the age of 12, Aline would go on to find international success, all while under the watchful eye of her manager and eventual husband, Guy-Claude Camard (Sylvain Marcel). Aline follows the well-trod path of many a biopic, condensing the singer’s entire life into an epic tale rife with plentiful triumphs and heartaches. Celine Dion’s life has proven to be one of the more well-known tales of modern celebrity culture, due in no small part to the singer’s scrutinized romance with a man 28 years her senior — and one whom she had known since childhood. Aline, for its part, leans into these salacious elements with an absurdity that quite deliberately softens their edges, making them not only more palatable, but strangely endearing. Watching a 55-year-old actress pretend to be a fawning 18-year-old girl has the distinct effect of minimizing the ick factor, as does, ironically enough, aging-up Marcel to make him resemble a 70-year-old Henry Winkler going through a late-state mid-life crisis. Guy is never presented as someone who is grooming the young girl; if anything, it is Aline who pursues the affair, although the film does go out of its way to note that Guy is the only man outside of her family that Aline ever knew, which is certainly some kind of point to make. But nearly everything on screen is heightened to a similar and comical degree, such as a bit where Aline, following a fabulous new makeover which includes extensive dental work, greets Guy at the door, Glenn Medeiros’s pop ballad “Nothing’s Gonna Change My Love For You” blaring on the soundtrack as an unseen fan wildly blows Aline’s hair and a CGI sparkle glints off her shining teeth. She is also shown at one point sleeping with his headshot, treating this balding, ponytail-clad middle-aged man like a dreamy teen heartthrob. And this follows a bit where the film stops dead in its tracks for three minutes so that a particularly lame joke can be repeated ad nauseam, its punchline recited in unison each time a new character enters the scene until it practically becomes a Greek chorus.

But Aline is never judgmental of its characters, nor does it ever come across as mean-spirited. It’s quite obvious that Lemercier has limitless admiration and respect for the real Dion, going so far as to gift her facsimile a last name that literally translates to “God.” It’s a film that operates on a level of affectionate camp, but that is also the rub: as funny as the movie can be, it also feels beholden to its real-life counterparts to a degree that robs it of any true bite. Lemercier also does nothing particularly interesting with the formulaic template, rushing through various events within the singer’s life — the Oscars, her pregnancy struggles, the demands of being both a superstar and a mother — until they carry little to no weight, all recyclable elements that lead to a rousing cover of Robert Charlebois’s “Ordinaire” in what is meant to be the film’s climactic, emotionally cathartic showstopper but which instead feels like just another note in a song heard too many times before. It’s also quite difficult to ever determine if the assault of earnestness found in the film’s second half is intended for maximum camp overload or if Lemercier is genuinely trying to wring tears from viewers, which is quite a line to leave unclear. Aline‘s biggest fans likely won’t care and will point to such ambiguities as part of its brilliance, but for a movie that clearly cares so much for its main subject, it seems to go out of its way to keep the viewer at arm’s length, crafting a bizarre middle-ground ludicrous and heartfelt that proves ultimately unsatisfying. In front of the camera, César-winning Lemercier gives a committed performance, but it too often feels like a surface-level impression from an adoring fan, all robotic imitation and melodramatic exclamation. Unsurprisingly, there’s a dearth of performance scenes, save for the few covers in Dion’s repertoire — yes, you will see “All By Myself” performed more than once, replete with some ridiculously over-the-top lip-syncing, although kudos to Lemercier for somehow getting the rights to “My Heart Will Go On” and “I’m Alive,” no matter how briefly they appear. There’s no denying that Aline is a singular experience; one simply wishes it was more consistently for the right reasons. 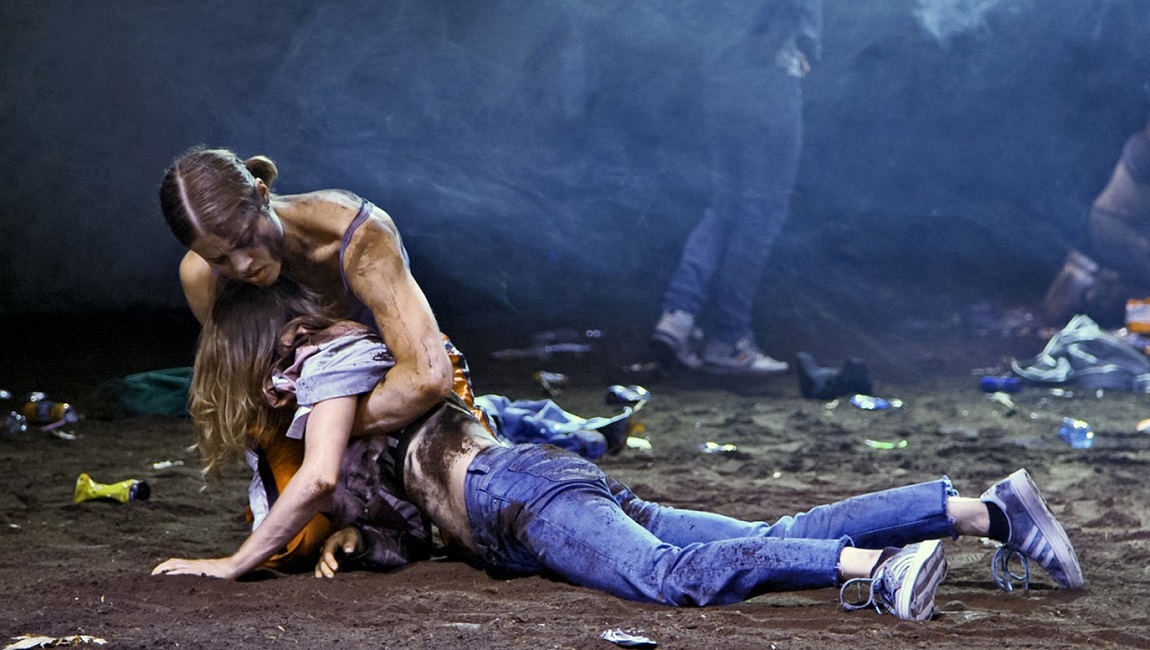