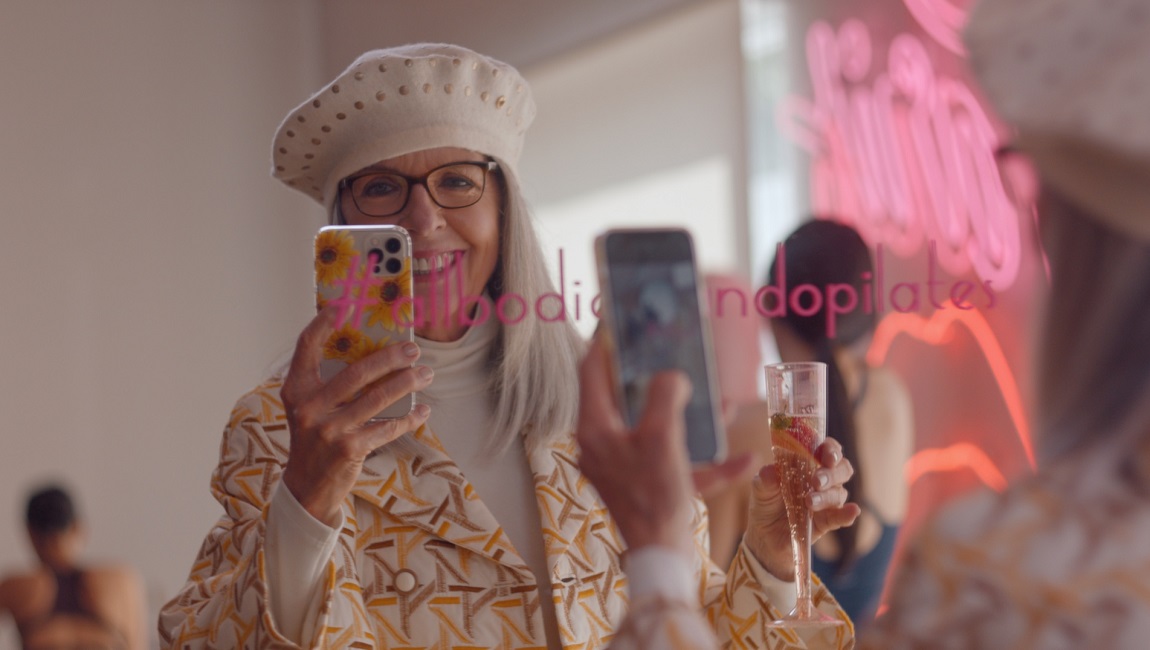 Mack & Rita is but the latest lame vehicle for Diane Keaton, a lazy body swap flick with little heart or humor to sell its concept.

Does Diane Keaton owe dangerous men large sums of money? The once revered actress follows up 2020’s wretched Dennis Dugan-directed romance Love, Weddings & Other Disasters — a film in which she played a blind woman who literally talked to walls — with Mack & Rita, a high-concept comedy from indie actress/director Katie Aselton that feels like one of those secondhand body-swap comedies from the mid-to-late ’80s. We’re not talking Big here, but more like Vice Versa or Mannequin, the kind that made a few bucks on concept alone and was quickly forgotten by culture at large. A similar fate is sure to befall Mack & Rita, and deservedly so. Did the world really need to see the 73-year-old Keaton — or, more accurately, her stunt double — flail around on a Pilates machine for three never-ending minutes? Keaton doesn’t even appear until a good 20 minutes into Mack & Rita, and then has the wherewithal to disappear long before the end credits roll, but she does dress in a lot of chunky belts and elaborate suits that make her look like either a chic hobo or a drag queen pretending to be Meryl Streep from The Devil Wears Prada, and isn’t that why audiences are here?

Elizabeth Lail of You fame stars as Mack, a thirty-something old soul who, ever since she was a child, has desperately wanted to be a senior citizen because her grandmother made it look so cool. Mack would raid her grandmother’s closet and occasionally take on her elderly affectations, because that’s what your average, well-adjusted kid does, right? On a bachelorette trip with best friend Carla (Taylour Paige), she discusses how she longs to eat toast at 3:00 PM and nap non-stop, only to be woken up to move to a different place to sleep. Carla seems appalled by such a notion — even though such a life will indeed sound glorious to some viewers — and it also makes one curious as to how this friendship has lasted over a decade, considering it seems like the two barely know one another. Mack makes a point of saying that she long ago gave up her old woman ways in order to make friends, but each utterance out of her mouth is met with such shock by her current besties that it seems impossible she has kept up the charade for so long. It’s during the aforementioned bachelorette weekend that Mack sneaks away to a pop-up regression therapy tent in order to catch a few Zzzzs on a bedazzled tanning bed, but ends up literally turning into a 60-year-old woman (Keaton) because of some mumbo jumbo about being your true self coupled with flashing lights and dramatic slow-motion. And so, Mack now poses as Aunt Rita from Scottsdale, AZ, who has randomly apartment-swapped with her niece, with only Carla knowing the real truth.

As it turns out, Mack as Rita is totally awesome. She gets to dress the way she has always wanted, she gets to hang with a group of older women who drink wine all day, and she becomes a social media sensation when her pic winds up on Instagram, dubbing her Glammy Grammy. Hell, she even makes out with the hunky 40-year-old dog walker who lives next door, Jack (Dustin Milligan), because Rita has the self-confidence Mack has always lacked. You see, being true to yourself is the key to happiness. Who knew? But — and hold on tight for this shocking revelation — Mack & Rita has nothing new to say in its overly simplified messaging. Indeed, the social media angle seems tailor-made to address how modern technology is negatively impacting self-acceptance, but the script — courtesy of sitcom writers Madeline Walter and Paul Welsh — has no time for such profundities, instead choosing to focus on one tired comedic set piece after another, whether it be Rita taking some magic mushrooms that result in rainbow light emanating from her, or going to a media event where her wig ultimately catches fire. Keaton is certainly a good sport through it all, but her performance is beyond grating, doing that flibbertigibbet nonsense to the point that she becomes a parody of herself. There is never a moment where this woman isn’t crying or flailing or talking to herself or stumbling over her own words. It is equally disheartening to see the electrifying Paige, who made such a huge impact in last year’s Zola, be reduced to the thankless role of supportive best friend, or 2021 MVP Simon Rex (Red Rocket) pop up as the regression therapy shaman, although he admittedly does get the film’s one and only laugh, describing Mercury being in “Gatorade” instead of retrograde. It’s certainly a lame joke — like everything here — but one that is actually pulled off. But none of that takes away from the fact that Keaton snagged a role here where she gets to repeatedly kiss the hunky Ted Mullens from Schitt’s Creek even though she is dressed like a ranch hand at a cowboy’s funeral — more power to her. At least someone got something out of the inanity that is Mack & Rita; audiences aren’t nearly as lucky. 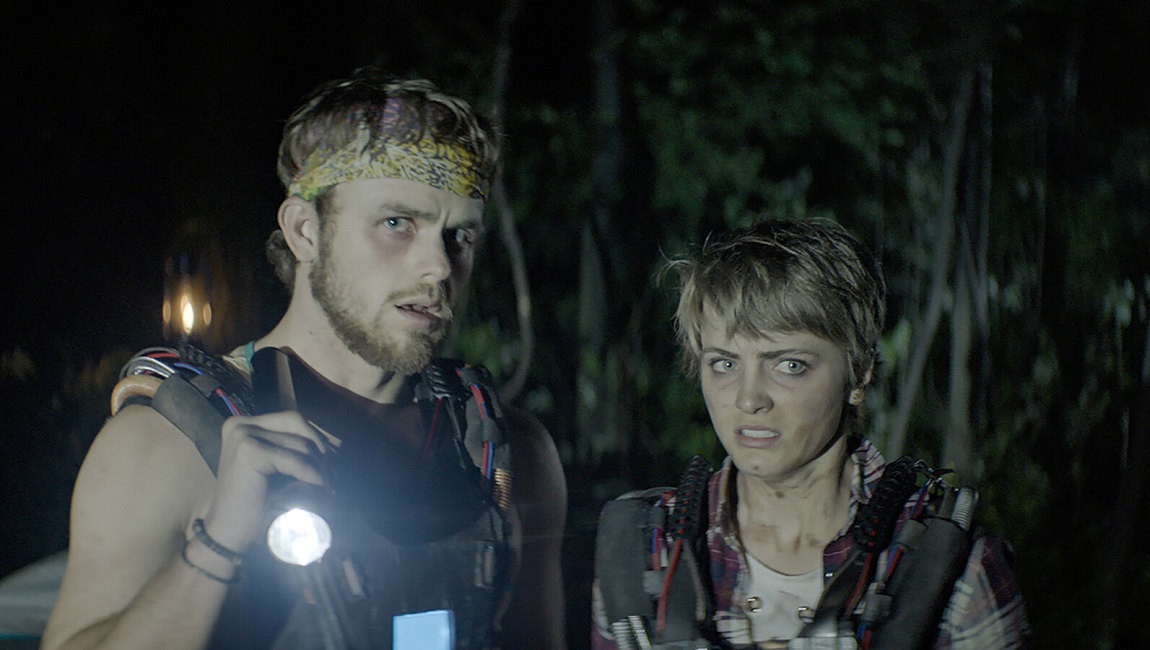 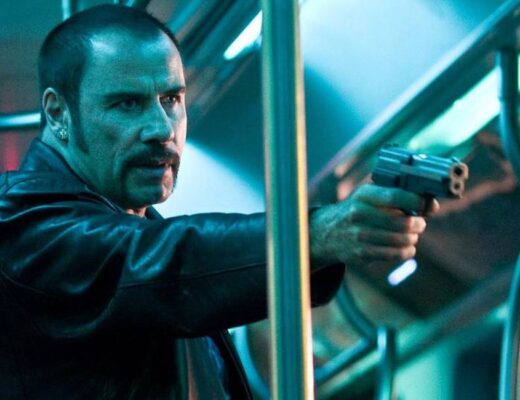 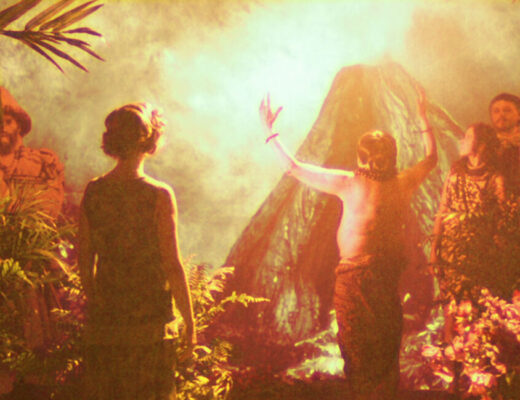 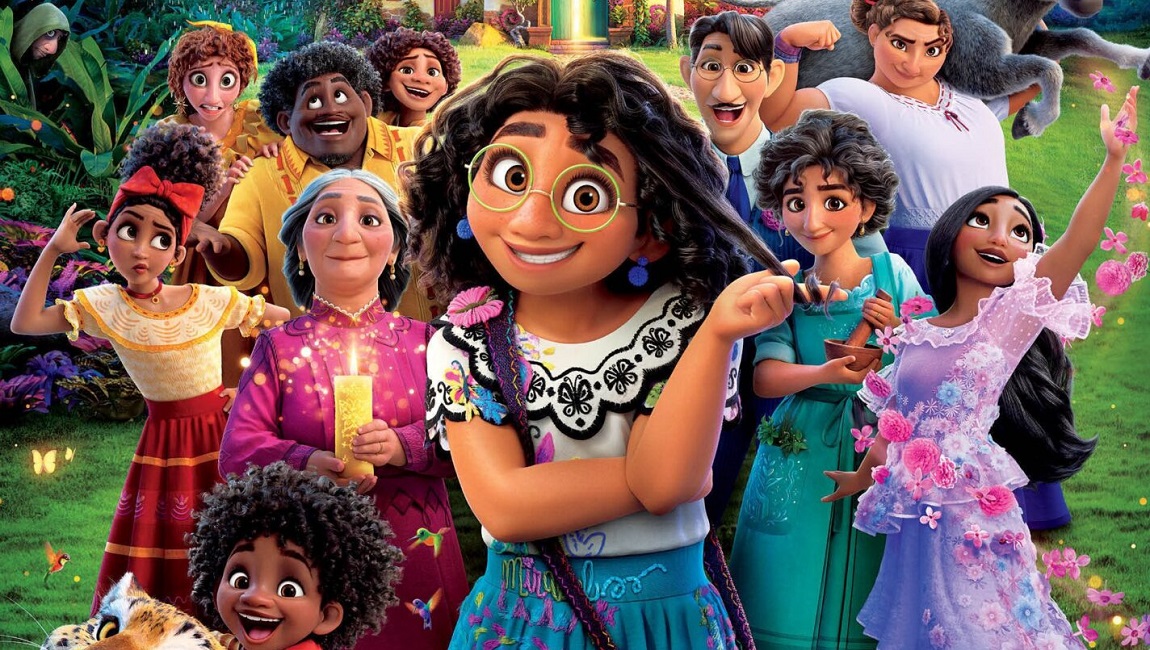