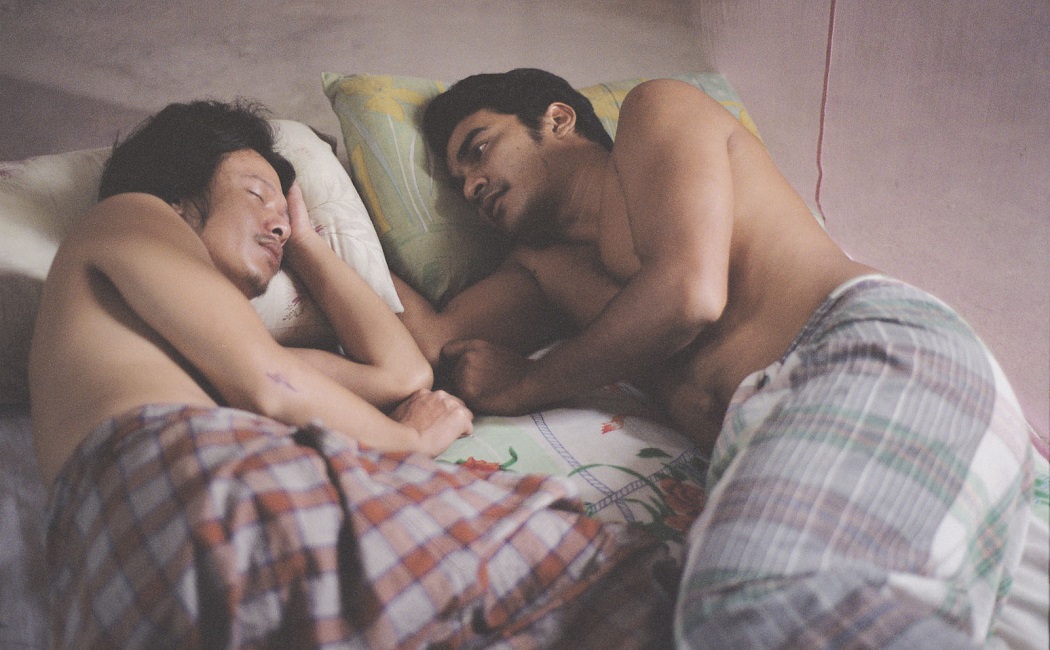 Speaking in 2008 of what was then his most recent feature, 2006’s I Don’t Want to Sleep Alone, Tsai Ming-liang said: “I did not want to make a political film. I only wanted to film the body — its suffering, sickness, loneliness, fatigue, longing, ageing and desires.” The directors intentions aside, I Don’t Want to Sleep Alone is inherently political, in ways both obvious and oblique. The film was Tsai’s first to be shot in his native Malaysia, where he spent his early years before moving to Taiwan to attend college. In this respect, Tsai’s usual preoccupations with urban isolation and forlorn ennui mirror his own position in relation to his homeland — that of an outsider. Ever interested in outcasts, loners, and the downtrodden, Tsai found himself fascinated by the Bangladeshi immigrant community in Kuala Lumpur. Bangladeshis had flocked to neighboring countries throughout the ’90s looking for work; when the Asian financial crisis of 1997 rocked the economies of multiple countries, jobs dried up but many migrants remained anyway. This socio-economic background is subordinate to Tsai’s aesthetic concerns as a filmmaker, but this fraught history nevertheless instills the film with a very real sense of class struggle and desperation.

I Don’t Want to Sleep Alone is a curious text, in some ways a straightforward love story that unfolds as a series of static tableaux and poetic associations.

Like all of Tsai’s feature films to date, I Don’t Want to Sleep Alone stars Lee Kang-sheng, here playing two roles, almost as if Tsai had split him in two. In one, he is a comatose patient being cared for by his mother and a live-in nurse; in the other, he is some kind of drifter who gets assaulted and is taken in and nursed back to health by a Bangladeshi man, played by Norman Atun (Atun’s character is never named in the film). Tsai sets up a love triangle of sorts, as the second version of Lee recovers and begins a relationship with the nurse who cares for the first version of Lee. Norman stalks about after them, eventually confronting Lee and threatening him with violence, before a lyrical ending shows Lee, Norman, and the nurse asleep together on a mattress floating on water. I Don’t Want to Sleep Alone is a curious text, in some ways a straightforward love story that unfolds as a series of static tableaux and poetic associations. Long scenes of the comatose Lee, juxtaposed with the other characters moving about desolate urban landscapes, give the film a dream-like air. Tsai emphasizes the cramped living spaces of the migrant workers’ tenement, squeezing the camera into small bedrooms or shooting long, dark, hallways. The outdoors isn’t much better — a cross section of dilapidated, crumbling structures, and half-built high-rise buildings that were never finished once the economy crashed. Eventually, a heavy smog begins drifting over the city, apparently an annual occurrence thanks to forest fires in neighboring Indonesia. Tsai links all of this together through his usual motifs, including long scenes of eating and drinking, food preparation, and desultory sexual encounters. Curiously, a mattress plays a crucial role in the film. Atun and the other Bangladeshis are introduced carrying an abandoned mattress back to their flat. It is then that they come across the beaten and battered Lee. Later, Atun will scrub the mattress clean in a long take that mirrors the cleaning of the comatose Lee’s body (a process repeated multiple times throughout the film). The mattress becomes a symbolically loaded object, a landscape onto which various desires are projected. The object itself is carried around to new locations repeatedly, as each character in the film seems to covet it. It has an almost totemic power, leading to the film’s final scene. The image of the trio calmly floating on the mattress in the flooded basement level of an abandoned building might be the pinnacle of Tsai’s obsession with water-as-metaphor. They float peacefully around what is essentially a symbolic return to the womb, and these alienated, isolated people have finally found peace, even if just for a night. 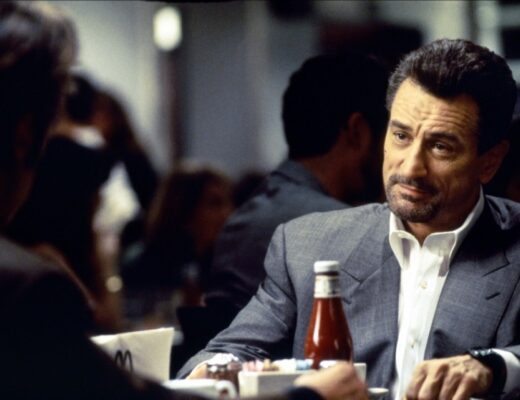 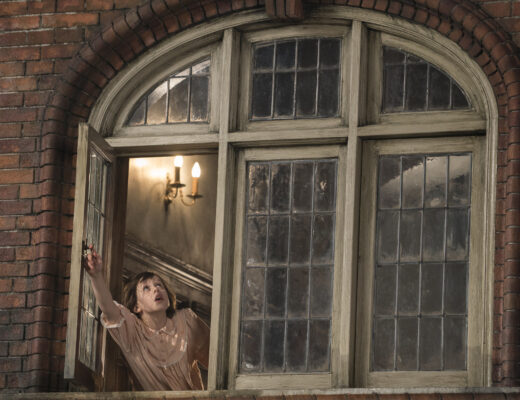