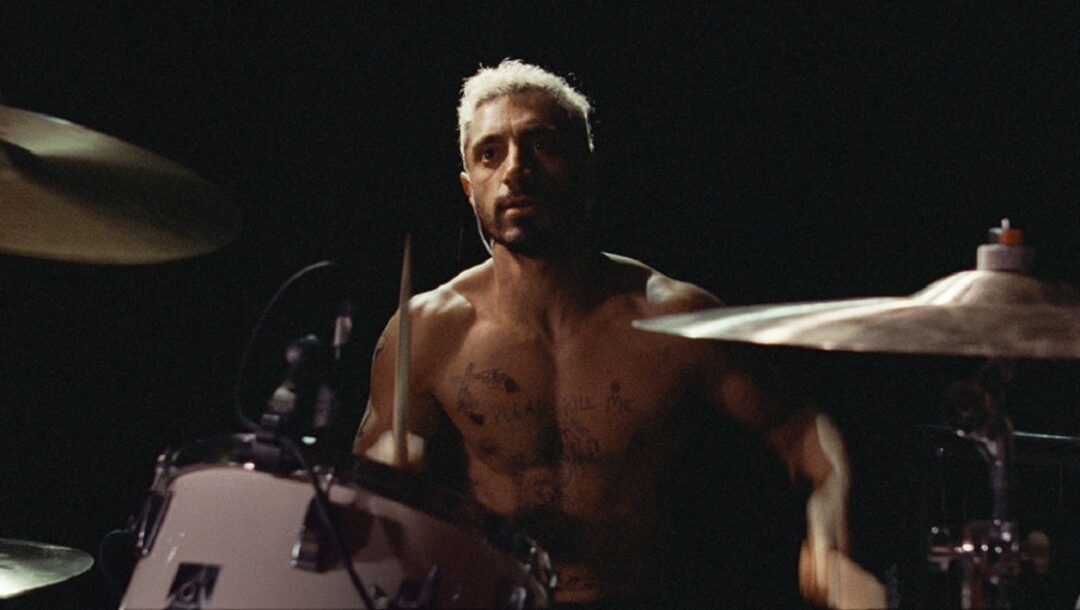 Sound of Metal is not the sonic game-changer that its marketing once suggested, but it works marginally better as a restrained, if formulaic drama.

Sound of Metal seems to believe itself to be part of some kind of sonic evolution in cinema. It isn’t. Darius Marder’s debut concerns Ruben (Riz Ahmed), the drummer of a heavy metal duo formed with his girlfriend, Lou (Olivia Cooke), and the psychological and relational fallout of his sudden, extreme hearing loss. Marder cushions his narrative and its specific developments within a precise attention to aural texturing, not only obfuscating and distorting sound, to invoke a first-person experience, but also utilizing juxtaposition — frequent shots of genteel tranquility are accompanied by familiar, soothing sounds; wind blowing through grass and leaves, or the hum of crickets in a flower-filled field, all of which run counter to the anxiety of Ruben’s silence. But while noble in representation, and even admittedly viscerally effective, ultimately Sound of Metal‘s sonic palette doesn’t amount to much more than alternating instances of silence, garbling, and a tinny manipulation of sound. More damning is that the thematic weight this technique musters in no way approaches what’s accomplished in the far more innovative and substantial application found in the similarly conceived Love & Mercy.

It doesn’t help that all of this would-be technical aplomb is in service of a fairly formulaic recovery narrative — reconstrued here with “hearing” as a toxic pursuit at the expense of acceptance and evolution — which rears its ugly head after a promising opening that involves bits of therapeutic specificity and the exploration of a newfound community. Stages of grief are explored, lessons are learned, people change, life continues. More surprising, then, and more successful, are the ways in which Sound of Metal demonstrates restraint. Moments that suggest an impending crescendo are instead handled with a subdued, pre-romantic tenor, emulating the way that stories are lived out and experienced rather than the way that they are shaped and told — Marder at least understands how to pull his punches to maximum effect. The performances are similarly pitched, if a bit subverted by the broad familiarity of the narrative strokes, and manage to get all the emotional beats just right — not an easy thing to do in a showcase-y film with the potential for cheap emotional manipulation. Sound of Metal was hampered a bit upon its initial festival run thanks to its aggrandized marketing rhetoric, though distance should ultimately allow viewers to now experience its littered strengths with more appropriate expectations. And so while it fails as a game-changer and a (r)evolution of cinematic sonics, it works somewhat better as a bit of affectingly lived-in, post-shtick drama.

You can stream Darius Marder’s Sound of Metal on Amazon beginning on December 4. 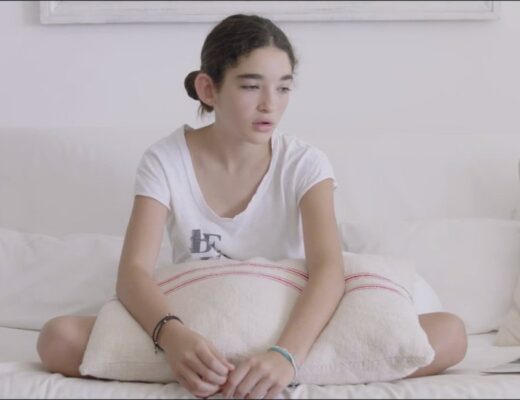