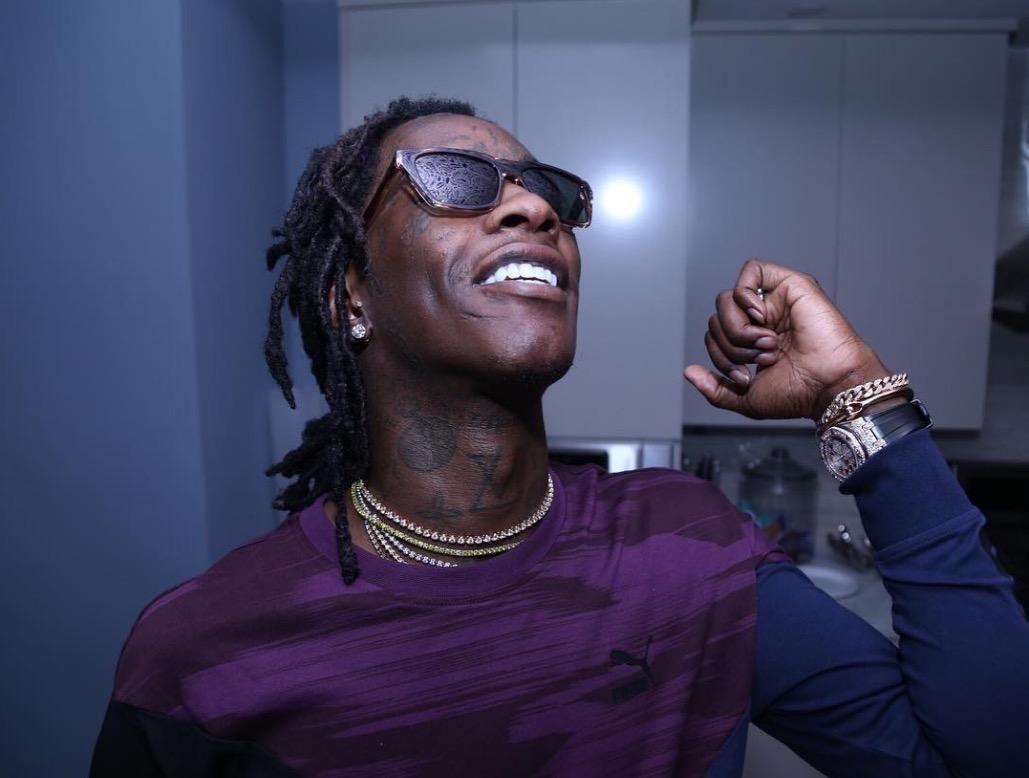 Through a career that’s spanned 16 mixtapes (four of them released commercially), three label deals (Cash Money Records, 1017 Records, and 300 Entertainment), and yet still no studio album, Young Thug has maintained a reputation as the most elusive rapper going; one really need only listen to his music to get a sense of his radically non-conforming style, which relies heavily on unpredictable, usually high-pitched vocal fluctuations. In a growing sphere of auto-tuned “mumble rap,” Thug stands out for his sound specifically. But that’s not all that’s worth attention here: The rapper’s radical views on gender and sexuality, his odd fashion sense, and his ability to co-exist within the gangster rap world while adhering to his own originality all add to Thug’s appeal.

A tipping point for Thug—for his artistry, his oddness, and his brilliance—came with the third project he released in 2016, one he simply titled Jeffery. Never one to release a project without some kind of controversy—he beefed with Lil Wayne on the titling of Barter 6 and orchestrated a funeral march through the streets of Austin to announce Slime Season 3—the rapper decided to change his stage name for this ‘retail mixtape,’ rebranding himself as “No, My Name Is Jeffery” (as in Jeffery Lamar Williams, the name he was given at birth). This went beyond a simple anticipation-building media ploy and crossed into full-blown career revision territory, which was a direction Thug had desperately been needing to go in anyway: his two previous projects, the aforementioned Slime Season 3 and its predecessor I’m Up, lacked the signature boundary pushing of his best work and felt more like stop-gaps for an already-announced (and yet still unreleased) studio album debut.

Young Thug’s radical views on gender and sexuality, his odd fashion sense, and his ability to co-exist within the gangster rap world while adhering to his own originality all add to his appeal.

On an episode of the CNBC show Follow the Leader—which shows two days in the life of successful business entrepreneurs—Lyor Cohen, a co-founder of Thug’s current label, 300, and also somewhat of a mentor for the rapper, didn’t shy away from suggesting that his own charge was slipping—in fact, Thug even acknowledged it himself. “This year, I want ten No.1 singles,” he declared in a boardroom conference, to which Cohen replied, “If you don’t freestyle, and work on the singles and record great choruses and develop your songs, yeah, you’ll get there.”

Thankfully, a (short-lived, as it turned out) name change wasn’t the only effort of reinvention Young Thug undertook for Jeffery: The cover art sports Thug in a powder blue Alessandro Trincone dress, his face obscured by a hat, an image that harkens back to the eye-catching imagery of Barter 6, for which Thug stood naked, with his head tilted down. But in many ways, Jeffery’s cover seems almost to be the antithesis of Barter 6‘s: Here, Thug no longer shrinks into the shadows, but rather there is a triumphant boldness to the bright white and purple color palette on display. And let’s just say that one Thug lyric (“Every time I dress myself, it go muthafuckin’ viral”) was afforded a true context thanks to Jeffery‘s art.

To add to the singularity of this set, each track on Jeffery is representative of one of Thug’s idols—Floyd Mayweather and Harambe among them. It’s actually touching, then, to find that the track “Guwop”—named after rapper Gucci Mane, who championed Thug—includes features from other up-and-coming Atlanta rap artists, namely Migos’ Offset and Quavo. (Gucci himself is also on Jeffery, but he features on the ‘Mayweather’ track.) These particular cuts go beyond just giving kudos to inspirations in Thug’s life by name alone; they provide a sonic corollary for their namesakes.

It’s clear as early as Jeffery’s opener, “Wyclef Jean,” that there’s a distinctively different vibe here than on other Thug projects. Rocksteady reggae guitars fade in as Thug’s vocals lock in with the beat to deliver the first, playful lyric: “Okay, my money way longer than a Nascar race.” The hook (“Play with my money, I’ma let them niggas do”) intensifies the song’s braggadocio, but the backing chorus (“I do mayne, I do”) begins to elevate ‘Wyclef’ from merely typical Thug swag-rap into a more personalized ode to the rapper’s Haitian idol, at least with regard to the music. It’s for this reason that “Wyclef Jean” feels like a kind of grand culmination—a veritable smorgasbord of vocal melodies and pitch-shifts. It feels like the most realized vision for a song Thug’s had in a while because it makes full use of the large assortment of style that he’s accumulated, from the gritty minimalism of Barter 6, to the more ambitious production of Slime Season.

Thug can transform seemingly banal lyrics into a sonic expression of his emotions, and his individuality. And by the end of Jeffery, it feels as if the rapper is largely without peer in this regard, that no one else out now could pull off such syllabic tongue twisters and inflated inflections.

Thug’s rapping also feels more accomplished in its delivery throughout Jeffery. On “Floyd Mayweather,” Thug lets his raps saunter through a slick piano melody; and on “Future Swag” he absolutely murders TM88’a high-BPM production, firing off breakneck bars like, “I’m dead fresh fuck her palm nigga/I’m on yo’ ass like some thongs, nigga.” But the wildest Thug gets is on “Harambe,” when he goes, well, ape shit, emphatically screaming, “I just wanna have sex/I just wanna have a baby by you, girl!” The largest complaint lobbed Thug’s way usually has to do with lack of depth in his lyrics, but many (especially J. Cole and Kendrick Lamar fans) forget that rap is about aesthetics as well as lyricism. Thug can transform seemingly banal lyrics into a sonic expression of his emotions, and his individuality. And by the end of Jeffery, it feels as if the rapper is largely without peer in this regard, that no one else out could quite pull off such syllabic tongue twisters and inflated inflections.

“RiRi” (named for Rihanna) is perhaps the track that proves this the most. The song’s hook sort even sort of quotes a Robyn Fenty smash: “Ah-ah-ah, work/Do the work baby do the work.” Thug holds on the pronunciation of the “r” in “work” to create a sense of desperation—and in the process of adding this emphasis, he builds up the passion he displays for the woman he’s referring to (assumedly his long-term finance, Jerrika Karlae). It’s not Thug’s first or his best romance track—and “Hey, I” remains his most beautiful, for its pure optimism—but “Riri” may be Thug’s most earnest song about love. The romance here doesn’t require any braggadocio—Thug gives his love through his voice. This is a side to the rapper that we rarely see, one that could easily be ignored in context of all the other attention-getting moments here. But that’s kind of the point: The Young Thug of Jeffery never lets himself be pinned to any one emotional expression, nor does he get stuck going in any one direction. 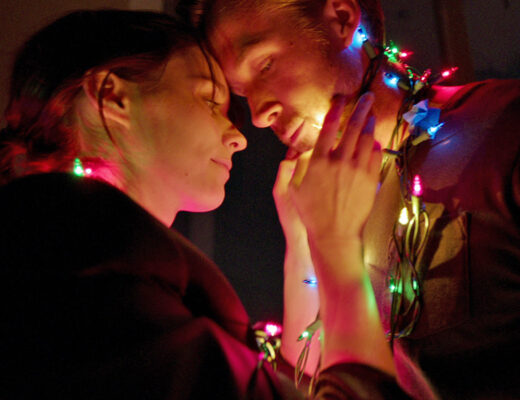 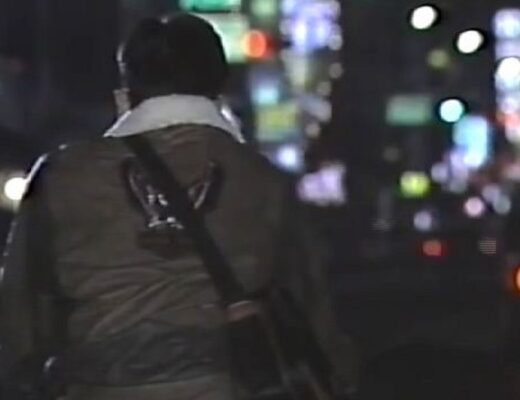