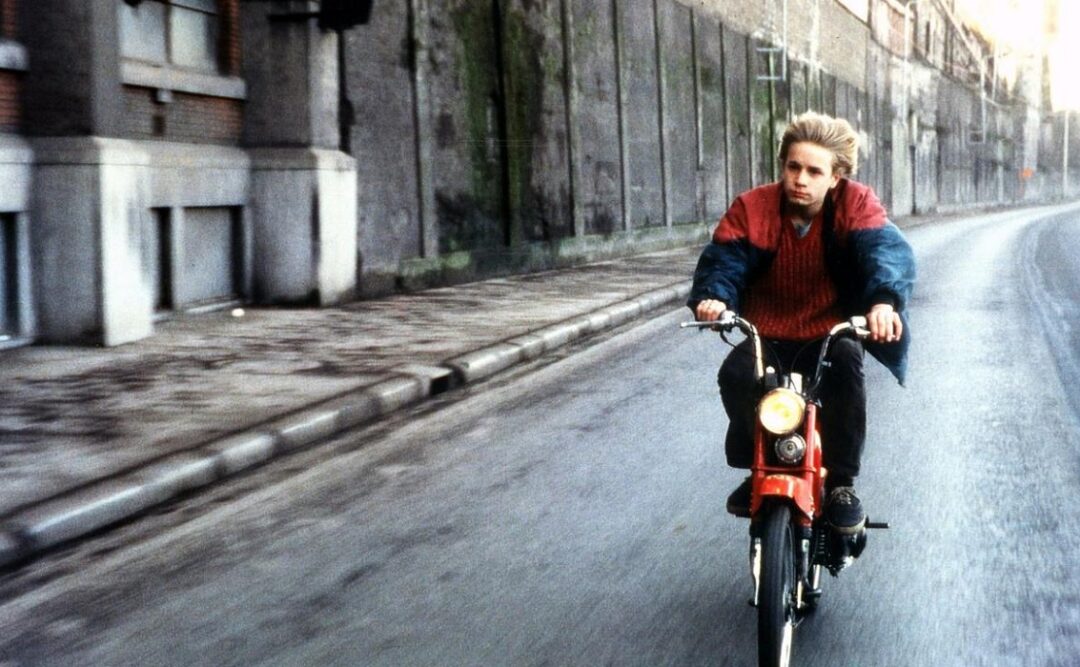 Kent Jones once wrote that Luc and Jean-Pierre Dardenne’s 1999 film Rosetta had “a fearsome unity, an unshakable commitment to rendering the contours of a destitute life and the ever present possibility of spiritual transformation.” Indeed, this is an apt description of not just Rosetta alone, but of the Dardennes’ entire body of work — including their 1997 breakthrough, La Promesse. Another Jones quote, this one on Cassavettes, also seems pertinent: “When you look at a close-up in a film by almost anyone else, you’re looking at a representation of the idea of an emotion, no matter how detailed the acting. In Cassavettes, every blink, every shrug, every hesitation counts and drives the story forward.” After years of regional documentary films (plus an earlier narrative film that they’ve essentially disowned), the Dardennes’ La Promesse marked the beginning of the canonical phase of the Dardennes’ career. Filmed entirely in the downtrodden industrial region of Seraing, Belgium, La Promesse follows teenage Igor (a young Jérémie Renier, who would become a Dardenne regular) and his brutish father, Roger (Olivier Gourmet, another actor who was to become a Dardennes favorite). Roger is a slumlord who finds under the table jobs, forged documents, and shoddy lodging for illegal immigrants, forcing them into a sort of indentured servitude as they attempt to pay off their debts to the smugglers. Igor is an eager, willing participant, indulging in petty theft and chain smoking while he collects rent for his father and trawls illicit gambling dens. The fresh faced Renier is clearly modeled after Jean-Pierre Leaud’s playful delinquent in The 400 Blows, an amiable young man who seems to be having fun, with no real context for the harmful system in which he’s participating. When one of the immigrants, Amidou (Rasmane Ouedraogo), falls while working on one of Roger’s illegal construction operations, he begs Igor to watch over his wife and infant son, before succumbing to his injuries. Roger refuses to take Amidou to the hospital, aware that he would be unable to explain what exactly Amidou was doing on the jobsite, or even in the country. Igor is then wracked with guilt, and the remainder of the film involves his navigating of this new, tricky emotional terrain, as he comes to understand that protecting Amidou’s family, or even treating them like human beings, is at odds with the life that he has been leading with his father.

Like Bresson, the Dardennes are constantly navigating the region between physical materialism and notions of ‘grace,’ ‘transcendence,’ and a Christian’s concepts of forgiveness.

La Promesse sets a template of sorts for all the Dardennes’ mature work: a mobile, constantly roving camera; shooting in extreme close up; brief interludes of characters speeding down roads on mopeds, which act as kind of rhythmic pauses that break-up otherwise unbearably intense emotional action; an emphasis on working class labor, like auto repair or carpentry, accompanied by careful consideration of the exchange of money, i.e. capitalism as a physical action instead of an abstract concept. This film is of course indebted to Robert Bresson’s L’Argent (in much the same way Rosetta owes a debt to Mouchette). Like Bresson, the Dardennes are constantly navigating the region between physical materialism and notions of ‘grace,’ ‘transcendence,’ and a Christian’s concepts of forgiveness. La Promesse begins with an accumulation of quotidian details before gradually revealing the morality tale that lies at its center. All of which is to say that this film represents the beginning of the Dardennes’ ongoing effort to ground the metaphysical in the real, rooting around for the spiritual within an empirical, rationalist framework.

A good amount of that power comes from accessibility: Dardennes films are, first and foremost, crackerjack thrillers. The constantly roving camera is part of it, but so is the filmmakers willingness to begin scenes in medias res, and to use smash cuts. There are no ellipsis, no wipes, and frequently no match cuts — no safe strategies to ease the transitions from moment to moment. The Dardennes will cut in the middle of an action or movement, or immediately following a line of dialogue. Frequently we see an action begin, then a cut to the aftermath of that action. A prime example is Amidou’s death: Igor runs upstairs inside the house to alert him to the incoming labor inspectors, while Amidou is outside on high scaffolding. Igor leans out and speaks to him, then the camera follows Igor as he runs back downstairs, keeping us locked into his perspective. The fall happens offscreen, with a barely perceptible sound effect, before Igor runs outside and sees Amidou’s body on the ground. This monumental action — which will power the rest of the film’s narrative and Igor’s moral awakening — happens in a span of seconds. There is an economy of means here, a race from scene to scene that mirrors the characters’ own increasingly harried lives. They are sprinting towards, desperately grasping at, that ‘everyday grace.’ In the Dardennes’ moral universe, recognizing someone else’s humanity and striving to treat them well is a great victory, a kind of simple victory in the face of an uncaring, impersonal universe. The world can be a cruel, bleak place — the Dardennes’ want to make it just a little bit better. 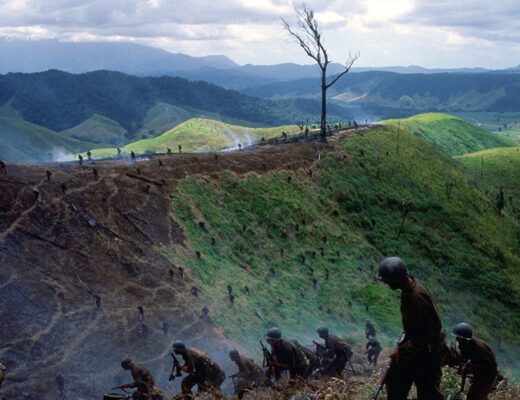 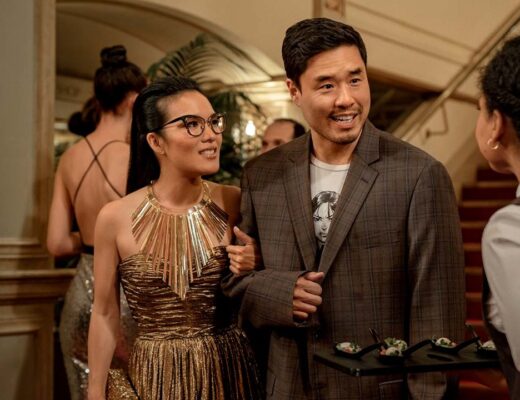 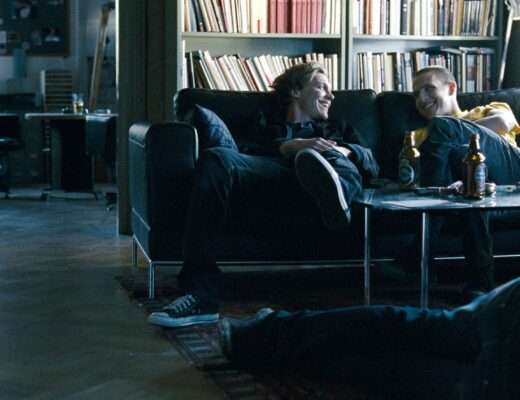