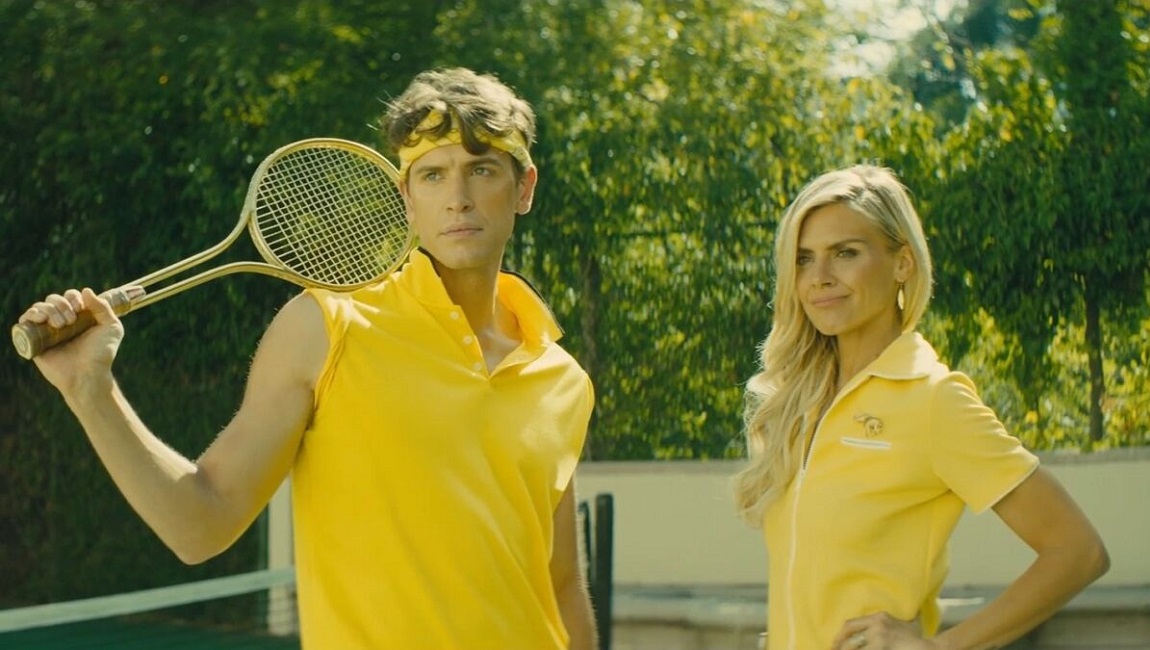 The Estate succeeds in delivering cult-ready laughs, but feels entirely superficial and neutered as satire.

A designer-rags to even-more-riches fable from director James Kapner and writer/leading man Chris Baker, The Estate follows George (Baker) and Lux (Eliza Coupe), the son and trophy wife of an absent, uncaring multimillionaire patriarch, on their high-camp quest to improve their stations. When an attractive hitman all too conveniently stumbles into their lives and offers to kill him for them, the trio become embroiled in a bizarre, Ryan Murphy-esque psychosexual cocktail of money, sex, and murder.

On the surface, Baker’s script is razor-sharp. Every line from Lux and George feels designed to be quoted ad nauseum at midnight screenings, every witticism written with a cult following in mind. The result is dialogue that maintains the film’s snappy pace and never lets its audience dwell too long on what is somewhat disappointing about The Estate: for all its successful humor, none of it truly bites in the way satire should. There are the obligatory jokes about wealth and whiteness that, while funny, are dangerously close to their expiration date, and beneath the surface, there’s unfortunately not all that much substance. Indeed, The Estate seems far more interested in its own absurdity than in any actual critique of the bizarro world it takes place in. Of course, not everything has to be a guns-blazing class critique, but for a film that skewers its characters so well, it seems a waste for that incisiveness to be constrained to tired archetypes of wealth and white self-victimizing. Rather than venturing into less-explored, more radical territory, The Estate is content with finding easy, tired targets and firing on them relentlessly, a strategy that is enjoyable enough for 85 minutes, but won’t leave any lasting impression beyond the superficial.

In spite of the shallow writing, Coupe and Baker deliver solid efforts as Lux and George. Coupe’s turn as a brazen mistress-turned-wife might not plumb any hidden depths of wealthy women’s psychology, but it is eminently watchable, and as George, Baker brings a sharp, quiet sense of entitlement that grounds the film’s campy sensibility in something slightly darker. And ultimately, it’s that entitlement that constitutes the most cutting elements of The Estate. Whether deliberate or not, cinematographer Mike Simpson trots out the aesthetics of a CW show, all bright, cheap colors, and leans into the inherent gaudiness of George and Lux’s lives. This formal tenor is likewise carried into the murder sequences, ostensibly to maintain the dreamlike fairytale of George’s retelling, but it’s also a decision that largely neuters the violence, leaving it with no real impact. It’s only when Joe (Greg Finley), the himbo-hitman, is on screen that there is any real sort of menace to The Estate, and even that isn’t quite enough to redeem it. Anything visceral is cleanly excised from George’s fantasy reconstruction of the truth, wrapped up in his own self-mythologizing and overt victim complex, with only brief intrusions from the real world, as represented by Joe and his pragmatism or Lux and her tackiness. By the time the real world does horn in, it’s only as an afterthought, a last-minute twist that doesn’t quite land with as much impact as it wants to, and is indicative of a film that isn’t anywhere near as brutal or edgy as it seems to want and believe itself to be. 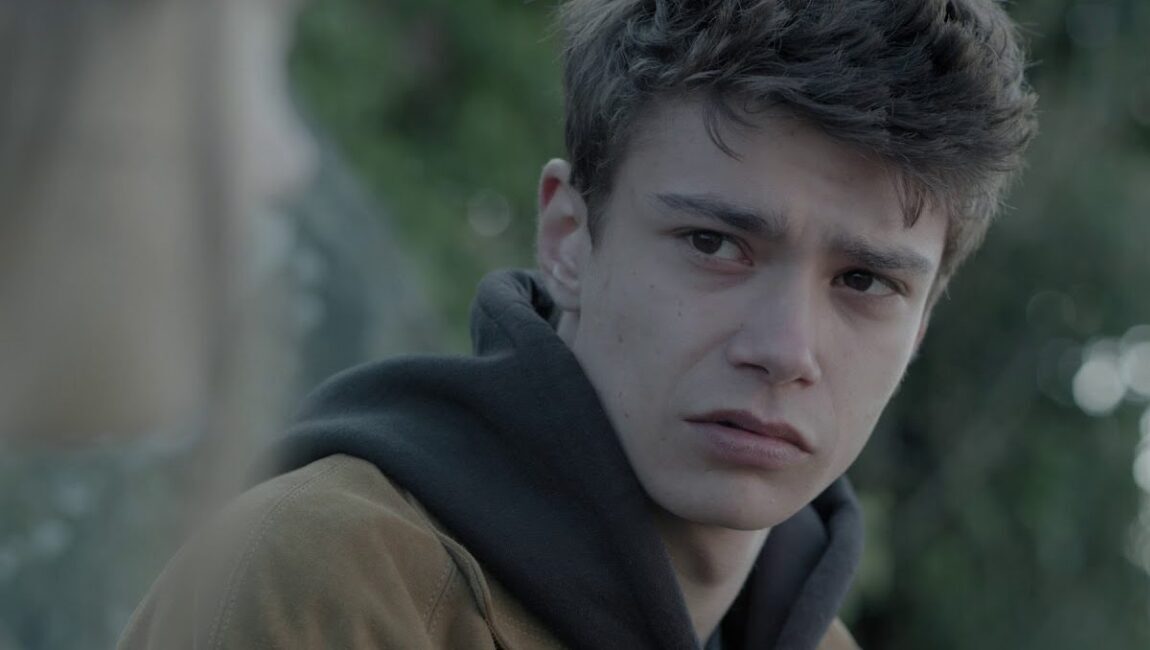 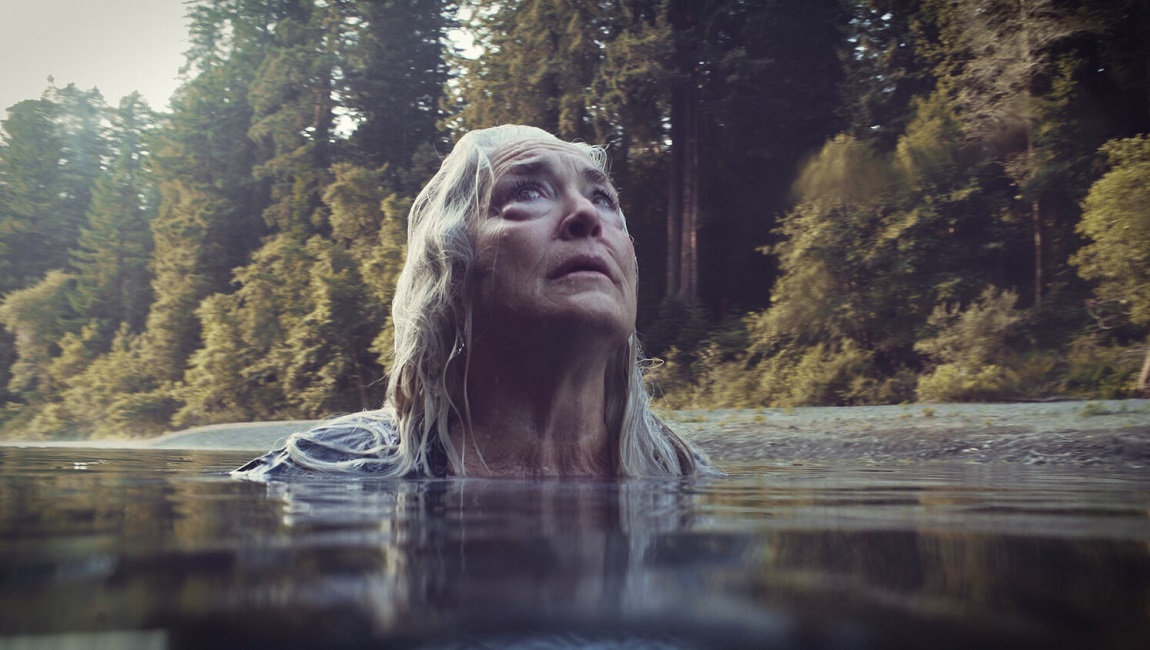