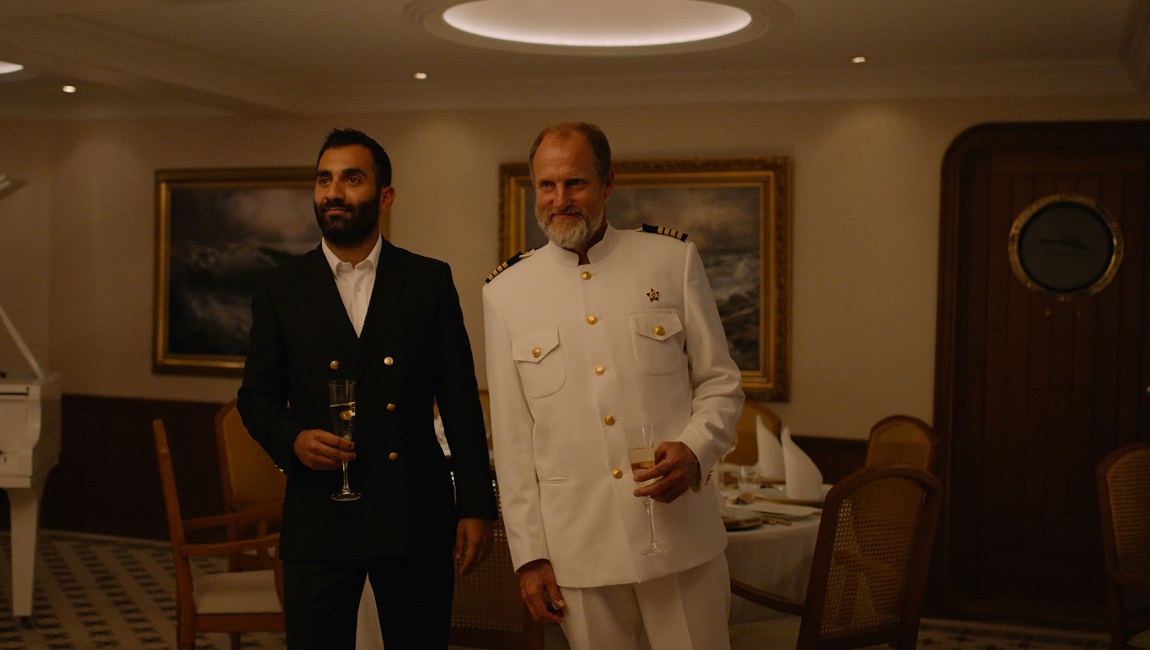 Triangle of Sadness vacillates between slight but sly commentary and outright gaudiness, but an enigmatic, delightfully bathetic ending ushers Östlund’s film out on a high note.

Like its titular metaphor, Ruben Östlund’s follow-up to his caustic and controversial Palme winner unfurls in cryptic yet characterizable fashion; in physiognomy, the “triangle of sadness” delineates the space between a person’s eyebrows which, extended thematically, alludes to all the ambiguity or malleability present in the construction and perception of a personality. Here, of course, the triangle already connotes, perhaps subconsciously, several other thematic extensions: the Bermuda Triangle, for one, wouldn’t be a terrible guess in light of the film’s grand setting, a luxury yacht; nor would one be quite mistaken in recoursing to psychoanalysis, whether Freud (id, ego, superego) or Lacan (Real, Imaginary, Symbolic). But let us, for now, return to the literal: as will be easily divined from the synopsis, or the broader strokes of Östlund’s oeuvre, Triangle of Sadness is primarily about images and their apprehension, appearances and their realization. Continuing where The Square had previously left off, Östlund mounts, or appears to mount, a scathing satire of upper-class wealth and degeneracy; where his object of derision had previously been the curated world of art and artistic pretension, the lens now turns to a more generalized framing of the 1%, a symbolic summation of excess and profligacy.

Seen in this light, Triangle of Sadness veers dangerously close to good-old familiarity, borrowing from public domain templates excoriating those in power, and doing so in predictable, knowing ways that run the significant risk of hypocrisy. (Bloomberg reports: “’Triangle of Sadness’: Biting Social Satire Delights Cannes,” the archetypal imaginary long cemented in pop culture, not least in Alexandra Ocasio-Cortez’s “Tax the Rich” couture at last year’s Met Gala.) At face value, and expectedly so, satirizing the rich reeks of smug impotence. Opening with a tongue-in-cheek sequence of male models at an audition (“Show me that Balenciaga look! Oh, I’m sorry, I think it’s back to H&M again.”), followed by a model runway (“CYNICISM MASQUERADING AS OPTIMISM”), Triangle of Sadness forebodes an excruciating two-and-a-half hours of cheap shots and stale lampooning ahead. In a way, however, Östlund’s film emphasizes precisely this smug impotence as its narrative meridian. It’s divided, rather unequally, into three parts: one, centering around young professional model couple Carl (Harris Dickinson) and Yaya (Charlbi Dean) and their conversations after a fancy dinner; two, Carl and Yaya’s vacation onboard the luxury yacht, in the company of oligarchs, retired arms dealers, and tech millionaires; and three, their unforeseen diversion of itinerary onto a mysterious island, company significantly reduced.

Both the film’s supporters and detractors alike will recognize Östlund’s penchant for cringe comedy, here embellished with a schadenfreude on par with that dinner sequence in The Square. In part one, Carl and Yaya argue about who pays for dinner — he says it’s her turn, that she’s previously offered to pay; she hems and haws, scolds him for pettiness; he rejoins with a desire not to reinforce traditional gender roles; she reveals later that she was being manipulative, that it was a test to see if he could accede to a trophy wife like her down the road. In part two, the staff onboard are told to abandon their posts — cooks included — and go swimming instead, at the behest of one Russian lady (“I command you: Enjoy the moment!”). During dinner with the ship’s captain, a staunch Marxist, turbulent waves accost the diners’ senses and stomachs; the captain himself bunkers up with the lady’s husband, an industrialist and self-proclaimed “King of Shit,” to crack jokes about communism versus capitalism. The schadenfreude at work achieves its healthy optimum even before Carl and Yaya’s first joint appearance onscreen, and quickly overshoots that optimum even before shit, quite literally, comes flying.

Arguably, the excess of cringe comedy — its scatological dimension, coupled with the over-the-top dissection of social and interpersonal mannerisms — should be read less as routine and banal commentary about how the rich lead inauthentic and vulgar lives; that, as is itself well-known, is mostly a tautology today. Instead, Triangle of Sadness can be construed foremost as an exercise both in formal discipline and physical abandon: formally disciplined insofar as its framing recalls the maximalist yet oriented set-pieces of Wes Anderson, and physically abandoned to gross-out compilations of vomit and violence. This exercise, more than ever, relishes bourgeois discomfort for its own sake, and not in a particularly detachable, conveniently contextualized way; here, most popular readings of Östlund, whether favorable or otherwise, miss the point by commenting on the populist revolutionary zeal of the yacht staff against their bloated overlords. There is revolutionary zeal, but its implementation is, for the film, carried out at a superficial level. More pertinent is the refreshing perspective Östlund’s main characters accord us, displaying simultaneously an infuriating naïveté (largely Carl) and a premature worldliness (mostly Yaya) emblematic of contemporary influencer culture beyond the stultifying definitions of wealth as birthright.

One can therefore triangulate the film within its milieu as a slight but sly addition to the litany of social commentaries attempting to expose what goes on above. In its quieter, less gaudy moments, Triangle of Sadness exhibits an updated vocabulary that speaks to the relationship between an evolving social hierarchy and the firm persistence of this hierarchy itself. No longer is it just the leery Russian or the English fat cat who bear the brunt of our scorn; these are caricatures, and when wealth democratizes (and it does), it takes away the viewer’s easy right to reduce the failings of greed to an ideology sustained by specific, identifiable culprits. Whether sincere Carl or shrewd Yaya, the film flaunts their performative agendas for all to see, doing so less in abstract terms (as the Marxist-capitalist dinner dialectic, whose faux-intellectual notes are easily mistaken for the sensibilities of directors like Julian Radlmaier, might suggest) and more through lived, tactile barbs against their characters. Crucially, of course, we find that neither theoretical dialectics nor Hobbesian violence provides quite a satisfying response to the problem at hand, and — trapped first in the yacht, then on the island — what this gives way to is a deceptively breezy lull interspersed with bouts of manic, discomfiting irruption. For both viewers and protagonists entrapped within the confines of satire, a creeping pessimism abounds through our recognition of this satire and inability to do much about it. And again, true to its title, Triangle of Sadness concludes in a delightfully bathetic ending, equal parts enigmatic and unambiguous; as if mocking the gestures of the human face, our ability to map and describe its expressions but never truly grasp the intent behind them. 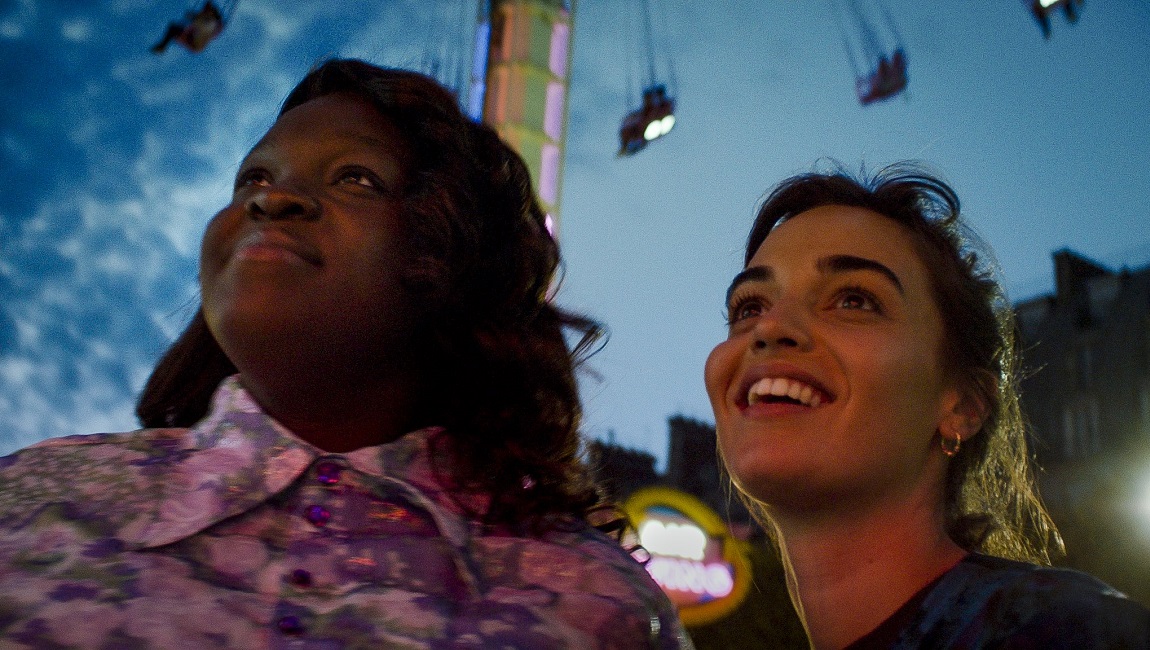 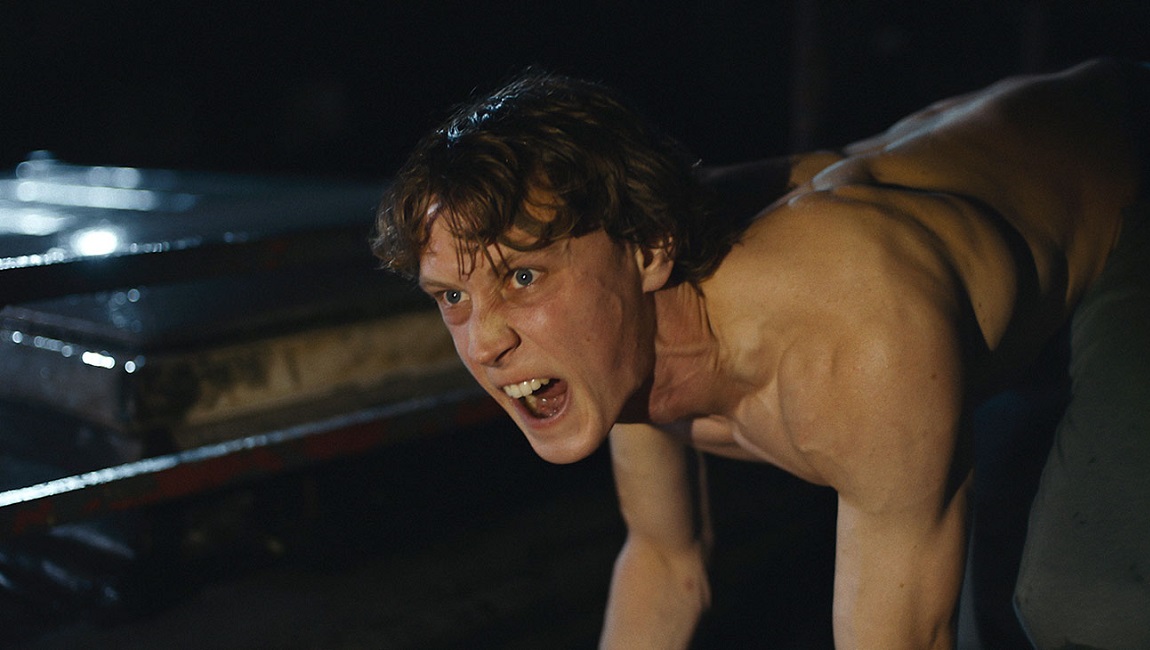 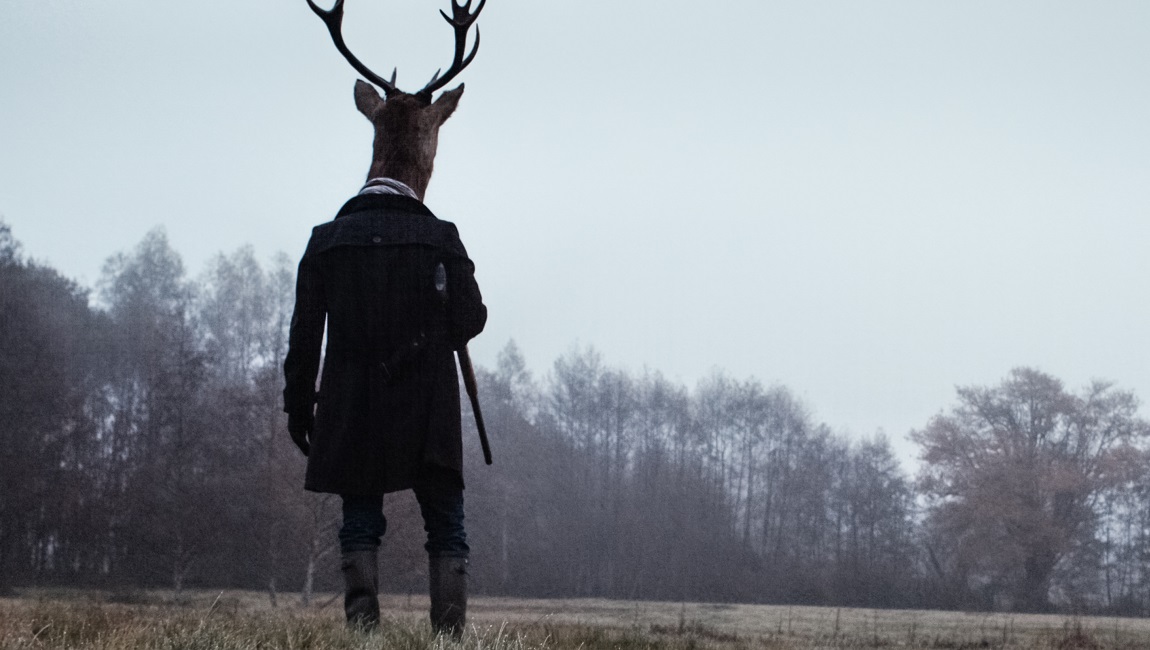 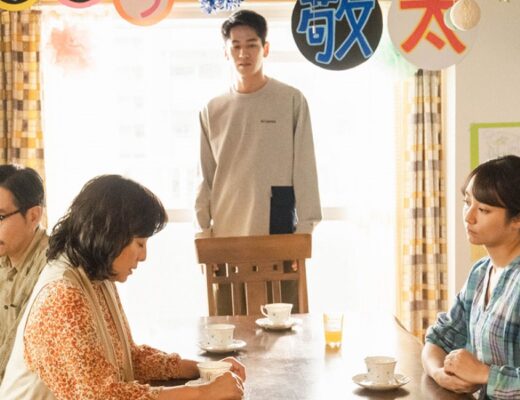