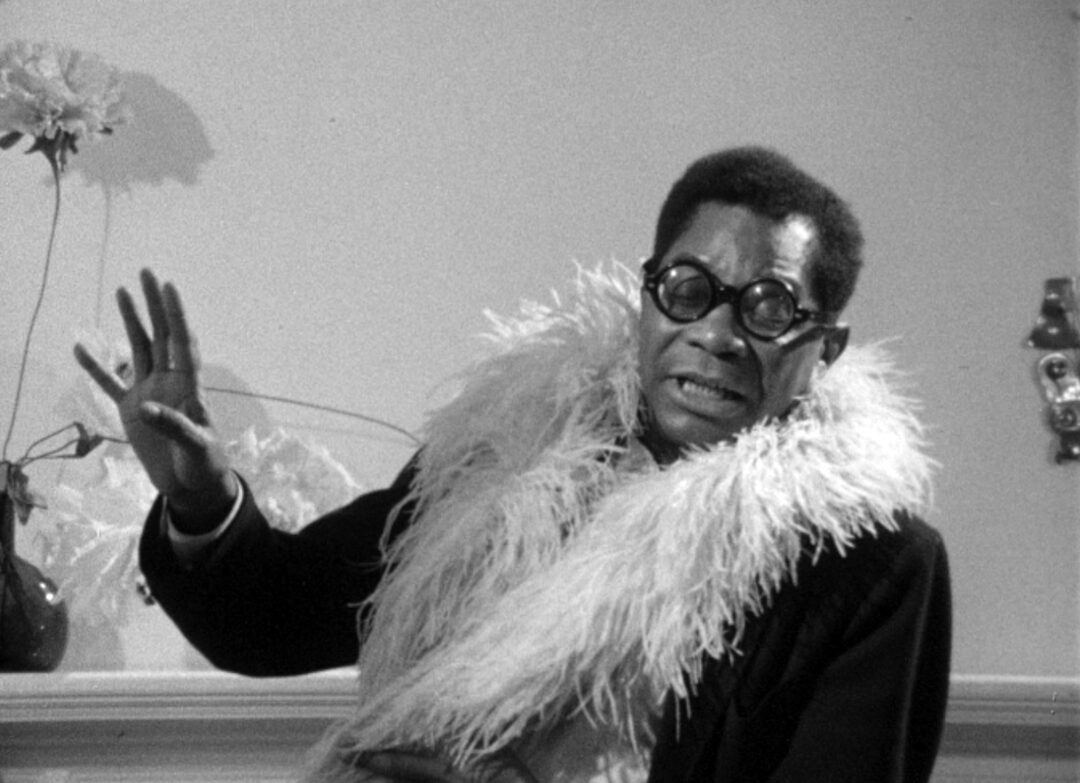 Shirley Clarke’s 1967 documentary Portrait of Jason at first seems like a standard talking-heads documentary writ large, at least if one were to offer up a brief description of it: A man — the titular Jason Holliday — in a hotel room, recounts his sad life. That’s basically the movie, all 105 minutes of it, culled from 12 hours of footage all shot on the night of December 2, 1966. And yet, two aspects of Clarke’s film make it play as far more than a glorified filmed interview — Jason himself, and the director’s fascinating bits of formal experimentation. Jason is, among other things, an aspiring cabaret performer; he brings a self-dramatizing instinct to the camera, and does impressions of Mae West, Vivien Leigh (as Scarlett O’Hara), and Barbra Streisand (in Funny Girl). The man clearly loves to perform, and that, perhaps even more than his many tragicomic anecdotes about the racist attitudes he encounters, and dealing with his own homosexuality, is what makes him a consistently compelling documentary subject. But how much of the Jason he presents to us in front of the camera is his true self, and how much is merely the charming persona he desperately wants to project to the viewing public? “My name is Jason Holliday…My name is Jason Holliday…My name is Aaron Payne,” he says at the beginning of the film. Aaron Payne, he subsequently explains, is his actual birth name, one he cast away in San Francisco in favor of becoming “Jason Holliday.” Shifting identities of this sort turn out to be a running theme throughout Portrait of Jason, as Holliday/Payne reveals all manner of different roles he’s played throughout his life and the different sides of himself they’ve brought out.

The man clearly loves to perform, and that, perhaps even more than his many tragicomic anecdotes about the racist attitudes he encounters and dealing with his own homosexuality, is what makes him a consistently compelling documentary subject.

From servile houseboy to go-getting hustler, drug addict to mental patient, this man has lived a life encompassing them all—and one gets the sense that he wouldn’t have it any other way. As he admits to the filmmakers at one point, he’ll do anything to avoid the drudgery of a 9-to-5 job. “I’m scared of responsibility,” he says, “and I’m scared of myself because I’m a pretty frightening cat.” His restlessness, however, has come at a personal price, as becomes apparent as the film goes on and voices behind the camera—most of them belonging to either actor Carl Lee or Clarke herself—begin to push him into even more painful revelations of deceit and loneliness. Actually, Lee’s and Clarke’s voices are heard all throughout Portrait of Jason—but at first they seem relatively benign, willing to let Jason speak. Even in the film’s opening stages, though, the nature of their gentle prodding is rather suspect. For instance, they keep imploring him to tell particular stories, suggesting a considerable degree of previous familiarity from the outset and, more importantly, making us hyper-aware of the sensibilities behind the camera, not just the personality in front of it. But Clarke reserves her most provocative moments of self-awareness in bits of formal playfulness: the camera going in and out of focus at the beginnings and ends of reel changes, sudden cuts to fairly extended periods of black while the soundtrack continues on. And yet, these are far from random Brechtian distancing devices; instead, they are part and parcel of a film that exudes a fascinating tension between Jason’s surface candor and the ambiguities of truth underneath. Even when the camera looks straight at him and his seemingly open manner, all it can hope to achieve is a blurred impression, literally and figuratively; at some point, there is an unknowability to human beings that not even a filmmaker as probing as Shirley Clarke can reach. 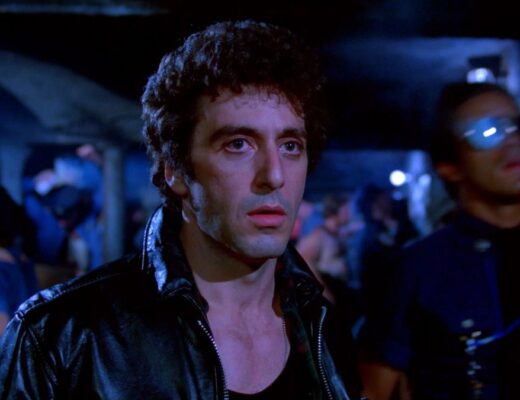 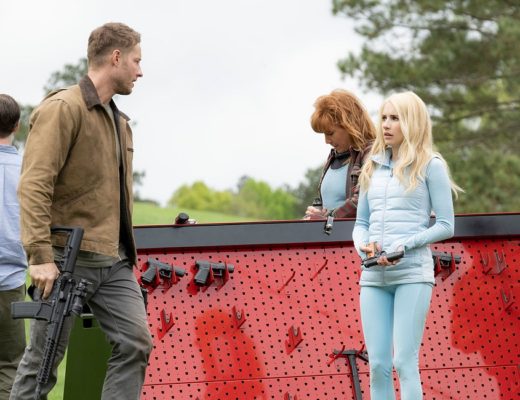 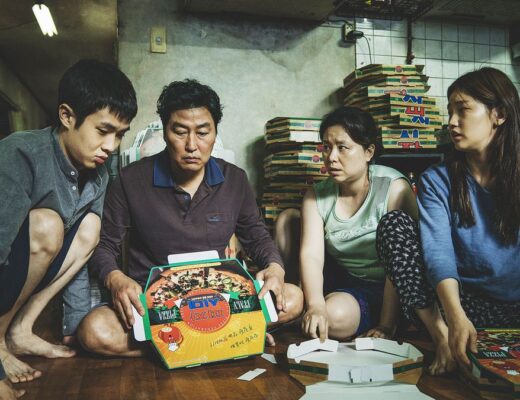