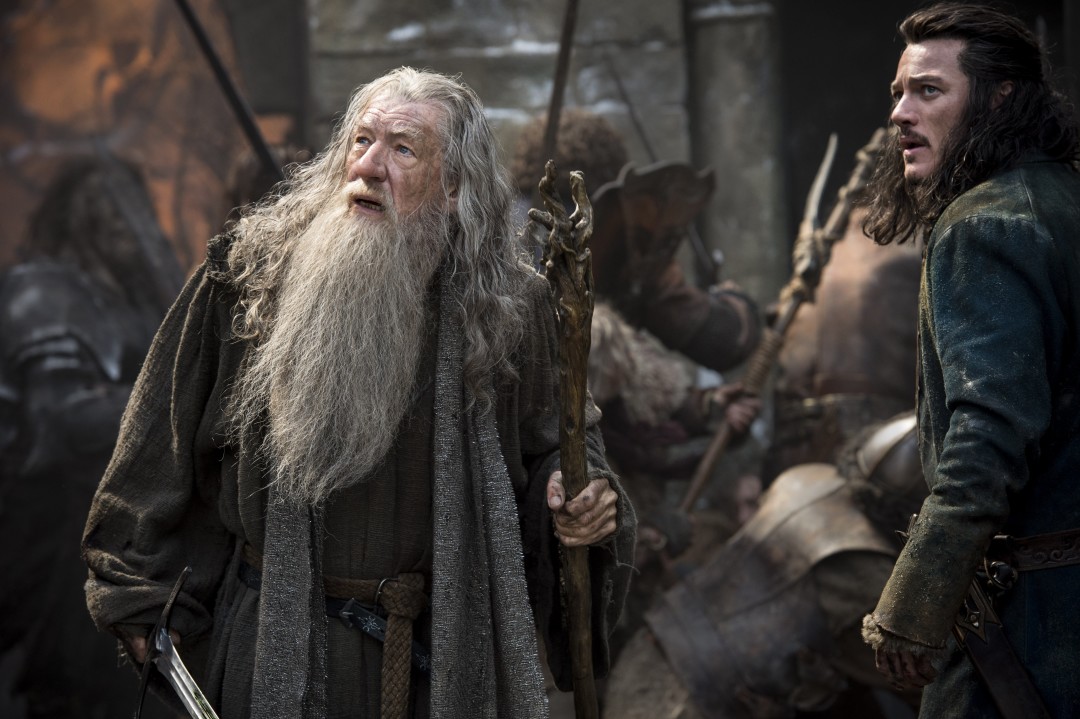 With the release of The Battle of the Five Armies, the third and final installment of Peter Jackson’s Hobbit trilogy, it should be obvious to all who have followed him down this path that this second Middle Earth triptych is not “based on” its titular source material in the same way his Lord of the Rings films were. He takes inspiration and major plot points from J.R.R. Tolkien’s seminal (and relatively brief) fantasy novel, but this three-part Hobbit is as much Peter Jackson’s as it is the author’s, for better and worse.   Jackson is clearly indulging his most decadent impulses with his second trilogy, and not just in bloating its runtime beyond all defensible reason—he is out to make the films he envisioned, fanboys and purists be damned. Predictably, some of his tinkering falls flat. The Tauriel (Evangeline Lily) storyline, an invention for the films which seemed dubious from the outset, confirms the audience’s suspicions from the first film, An Unexpected Journey, in proving ultimately distracting. Jackson’s commitment to injecting a feminine perspective to the films is admirable, but rendering Tauriel as a wide-eyed innocent chasing love above all else largely undermines any meaningful impact her character might have otherwise had. Similarly, the inclusion of Radagast (Sylvester McCoy) as a bumbling, cross-eyed wizard comrade of Gandalf’s (Ian McKellen) operating a bunny-powered sled is a confusing, cartoonish blemish to the trilogy: not only existing on a different tonal level than the rest of the cast, but utterly useless in the grand scheme of things.   Perhaps most unnecessary, however, is the focus on Azog (Manu Bennett), the orc leader featured most prominently in the first film whose ultimate purpose is revealed to be a tangible evil against whom the bickering armies of the title can unify. But The Battle of the Five Armies already has a comparably complex, nuanced villain: Thorin Oakenshield (Richard Armitage). In a similar mold to the original trilogy’s Boromir, Thorin proves a decent but tragically corruptible force against which the hobbit’s innate goodness must contend—a far more resonant manifestation of evil than the arch, CGI-scar-riddled Azog. Bilbo’s (Martin Freeman) interactions with Thorin provide some of the film’s best moments and highlight Jackson’s strengths in Middle Earth: namely, his depiction of friendships and their transformative power.   Though this final film is dominated by intricately choreographed battle sequences and physics-defying clashes, Jackson still manages to make the most of the stillness that falls between the melees. Villagers escaping a razed Lake-town, scrambling toward survival; the fracturing spirit of the dwarven band amidst Thorin’s descent; Bilbo’s affectingly understated goodbye to his dwarf companions: these are the moments of most emotional power in the entire trilogy.   That isn’t to say Jackson’s doesn’t also deliver with his extravagant set-pieces and kinetic battles, the best of which is a stylish clash between Elrond (Hugo Weaving), Saruman (Christopher Lee), and the band of undead ring-wraiths seen in the Lord of the Rings films. But it’s when Jackson starts harkening back to his pre-LotR exploitation sensibilities—a little bit gonzo and a little bit camp—that it becomes clear how comfortable he is this time around. Galadriel’s (Cate Blanchett) major screen time in the film plays out like an extended version of her sorta-kinda demonic angel bit from The Fellowship of the Ring, while a later scene finds Thorin visualizing the oppressiveness of his greed in a trippy, seemingly acid-fueled dream world.   In the end, the trick to enjoying Jackson’s Hobbit trilogy is finding a comfortable lens through which to critique these films. As action-driven spectacles, they certainly trump most of the past couple years’ offerings of superhero chic and urban-set capers, thanks to Jackson’s undeniable skill at world-building. As Middle Earth opuses, they pale in comparison to Jackson’s earlier efforts and are destined to exist in the unflattering shadow of their superior cousin films. But as the capstone film of this latest trio of fantasy epics, a full realization of Jackson’s personal vision for his second Tolkien undertaking, The Battle of the Five Armies finally claims a distinct identity for the first time in three films. Messy and indulgent, the Hobbit trilogy may not be on the same exalted level of achievement as Jackson’s Lord of the Rings, but this film makes a strong case that Jackson never intended it to be. Instead, it’s looser and lighter—and, in the end, that’s satisfying enough. 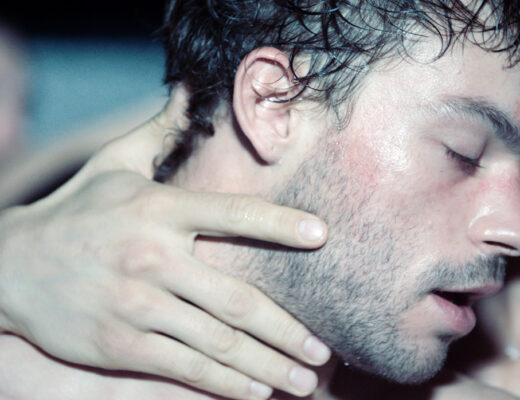 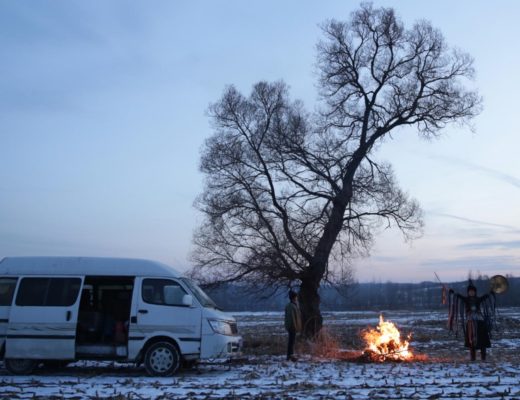 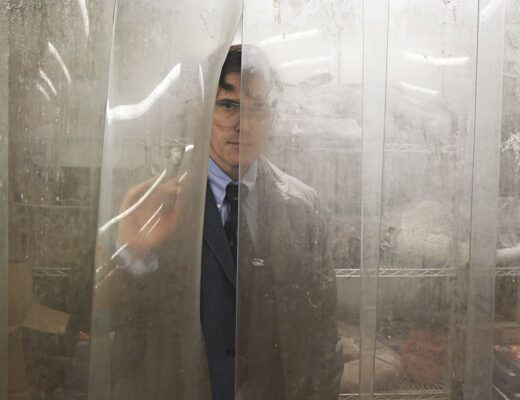