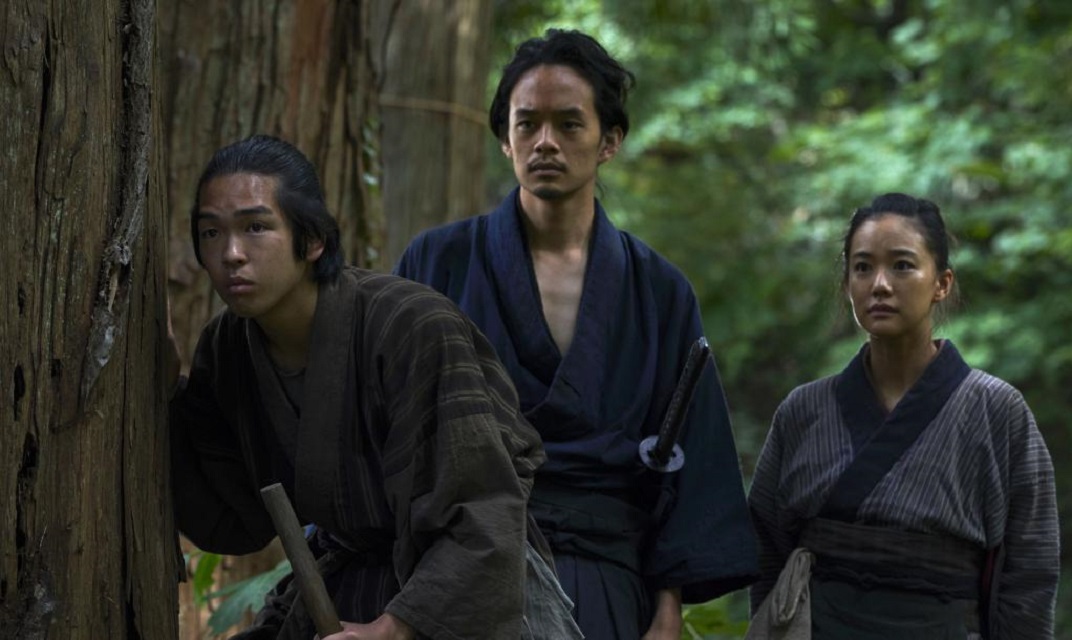 The 2019 edition of New York-based film festival Japan Cuts runs from July 19 to the 28th (find the full schedule of screenings here). We are forever grateful for Japan Cuts for many reasons: there’s that Sion Sono triple feature they programmed back in 2016, which in large part prompted our full retrospective on the filmmaker, and of course there’s the spotlight that they put on Nobuhiko Obayashi’s audacious epic, Hanagatami (one of our top films of this year so far), at last year’s fest. As such, we’re always on the lookout for gems that might have escaped our attentions were it not for these fine folks’ sharp programming. We already found some of those in our first dispatch; in our second, you’ll find our takes on four more films: cult master Shinya Tsukamoto’s patient samurai flick, Killing; and a trio of feature debuts, including Sayaka Kai’s, Red Snow, Hakota Yuko’s Blue Hour, and Hiroshi Okuyama’s Jesus. 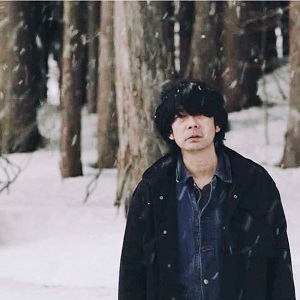 Sayaka Kai’s Red Snow opens with a small, obscured figure running through a blizzard, their red jacket a blurry smear against a field of white. The figure runs down a snowy road, surrounded by abandoned buildings, and turns a corner. The camera follows, with an unbroken tracking shot, but when it turns the corner, the figure vanishes. Still another figure enters from frame right and begins slowly traversing the grounds. Suddenly, a jarring match cut takes us to another figure, in a different place and — as we will slowly realize — another time. Are these versions of the same person? The viewer is immediately thrust into an icy, dilapidated milieu, the subjectivity of the camera representing a rupture between past and present, as memories and fantasies collapse in on themselves in the face of an inconceivable trauma. Thirty years ago, a little boy went missing. A local woman is brought up on charges and sent to trial, but is acquitted. Fast forward to the present, when a reporter (Arata Iura) is investigating the old cold case. He finds the missing boy’s older brother, Kazuki (Masatoshi Nagase), and together, they track down Sayuri Eto (a mesmerizing performance by Nahana), the now-adult daughter of the original suspect. This all makes for a beguiling mystery, with a disquieting, somnambulistic rhythm; every character is trapped in a fugue state of sorts, haunted by memories of abuse. This is true crime by way of Kiyoshi Kurosawa, but Kai, in her feature length directorial debut, is no copycat. She has complete control of her camera, repeating movements and gestures and creating visual motifs, alternating woozy closeups with static master shots. At one point, someone mutters “What actually happened and what we remember are two different things.” Red Snow lives in that ambiguous, in-between, liminal space, as Kazuki and Sayuri collide in a violent antagonism over their respective versions of The Truth. This an auspicious debut for Kai, a mesmerizing, haunting, even horrifying tour de force, and a darkly poetic reverie for innocence lost. In other words, an absolute must-see. Daniel Gorman 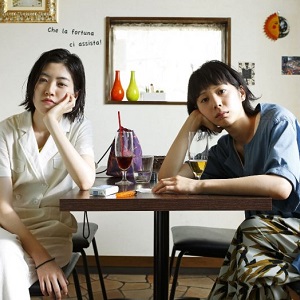 On paper, Hakota Yuko’s debut feature, Blue Hour, has much promise. The film was inspired, in some measure or another, by Isao Takahata Studio Ghibli anime feature Only Yesterday, and this live action film’s similarities to that 1991 masterwork are clear. Both films tell stories about disaffected adult women leaving big cities in Japan for the countryside, and reconnecting with their youthful spirits — while also feeling freed by the comparative simplicity and directness of country life. A slight difference arrises in that, in Blue Hour, the protagonist, Sunada (Kaho), returns to her hometown to visit her ailing grandmother — whereas the protagonist in Only Yesterday went somewhere that was new to her. As Blue Hour progresses, other various, relatively interesting narrative threads are quickly established: Sunada is married to an inattentive partner, who doesn’t notice she is engaged in an affair with a co-worker, and at the same time her job is demanding and does not facilitate maintaining herself and her relationships, plus her family is decidedly weird. But none of these narratives arrive at a satisfying resolution — we don’t even see Sunada return to the city. The titular “blue hour” — a time just before dawn, when Sunada would go out and play — is referenced haphazardly, on perhaps three occasions, and never for any particular conceptual or narrative purpose. Yuko never elucidates just why this particular time of day offers Sunada solace from her considerable personal, familial, and work-related problems. Blue Hour also contains several quite different, unannounced shifts pertaining to its visual language, and its images texture, which are roundly baffling and seem chosen less for any value that they add to the story and more as a means to shock the viewer to attention, in the likely event that their interest is waning. All told, Blue Hour is an unfocused and down-right erratic riff on a great work that is all gestures and no pay off. If you’re interested because of Only Yesterday, miss this and watch that again instead. Matt McCracken 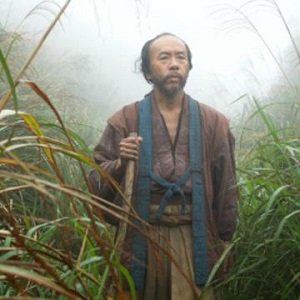 Killing, at first glance, can seem something of a left-field move for cult director Shinya Tsukamoto; it’s a slow-paced period piece that expends nearly an hour of its runtime before anything actually gets murdered on-screen, dabbling in long sections of intentional narrative meanderings, to add a stated presence of monotony to each event. Every moment that anticipates some starting action, like the supposed beginning of masterless samurai Mokunoshin’s (Sosuke Ikematsu) journey to Edo — which is cut short by an oncoming fever before he even leaves his village — has an equally mundane resolution. Our central protagonist, himself, is a victim of failed expectations: he’s a master swordsman who refuses to kill, and he’s paired, in stark opposition, with another wandering ronin, Jirozaemon Sawamura (Tsukamoto), who sees no issue with the bloodshed that always seems to follow him. It’s this jarring contrast that binds the narrative core of Killing, reflecting the film’s stringent dichotomy between Mokunshin’s suppression and Sawamura’s disinhibition. Even when there is on-screen violence, Tsukamoto rarely approaches these moments with the intentionality of glorifying the talents of either man; these scenes are frantically edited, rapidly cutting between extreme close-ups and stationary medium shots in an effect that’s often nauseating. And as the film builds towards its hysterical climax — slowly becoming the straight-forwardly violent genre flick that one would expect from this material in the process — one can start drawing parallels between this and the grotesque inhumanity of Tetsuo: The Iron Man: the hyperactive, yet detached, tone; the feeling of general helplessness against a brutal social order; and the eventual descent into madness that befalls our lead. This isn’t to suggest that Killing is as brazenly shocking (or even half as entertaining) as Tsukamoto’s debut feature. But as the film progresses, one can recognize that this gonzo auteur really hasn’t strayed that far from his original tactics. Paul Attard 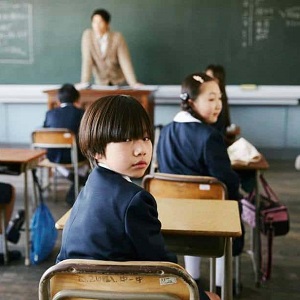 Hiroshi Okuyama’s debut feature, Jesus, displays impressive technical mastery; besides writing and directing, the filmmaker served as cinematographer and editor. The academy ratio framing, combined with Okuyama’s frequent placing of his actors at a far distance, makes for a fascinating visual dynamic. Jesus is a religious parable, of sorts, but one that’s highly irreverent, if not downright sacrilegious. This is reflected in the original Japanese title, which translates to “I Hate Jesus.” The central figure here, Yura (Yura Sato), is a taciturn and introverted nine-year-old boy who hides behind thick bangs that just about cover his eyes. His family has moved from Tokyo to a snowy rural town, living with his grandmother after the recent death of the grandfather. Yura’s enrolled in a Christian school, despite the family having no sort of discernible religious faith; this choice of school seems solely made on the basis of its close proximity to their home. Yura initially feels isolated, and bewildered, by the religious teachings and rituals he’s introduced to. When he tries prayer for the first time, a tiny version of Jesus Christ appears before him, a figure only he can see. Jesus never speaks, but is extremely animated, at one point riding a rubber duckie in Yura’s bath like a cowboy on his horse. Yura doesn’t treat Jesus as a figure of religious devotion so much as a wish granting genie, asking for some money and a friend at school, both of which he gets in short order. But when a tragic event occurs, Yura’s newfound sort-of faith is sorely tested. Slightly weakening the film’s impact is the fact that, even at 76 minutes, it feels padded; it would’ve been a stronger short. However, the engaging, wry humor — and the understated yet potent surrealism — makes this only a minor flaw in an otherwise beautifully crafted work. Christopher Bourne 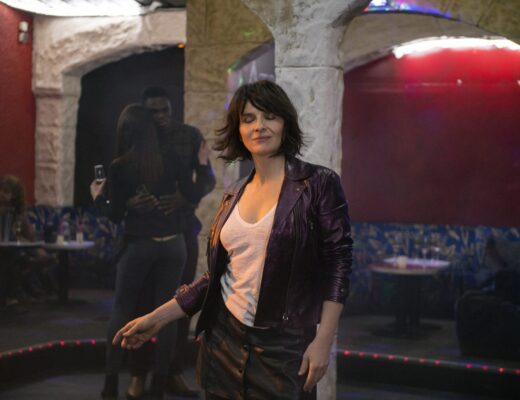 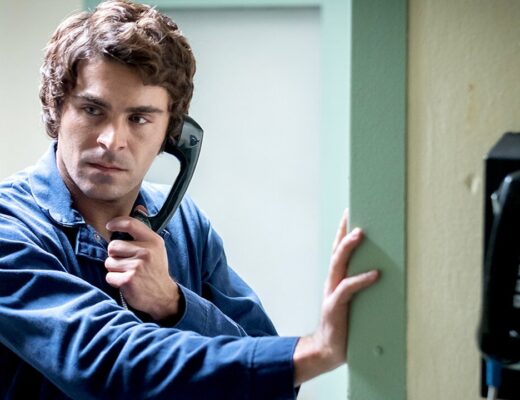 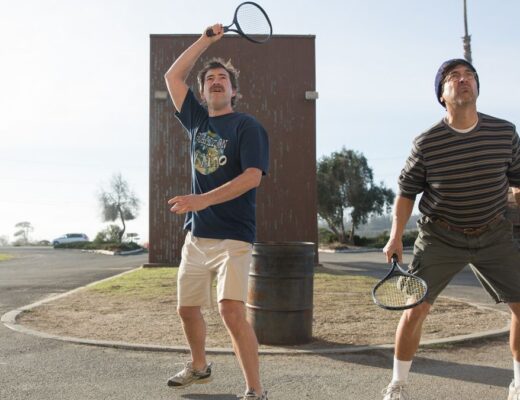