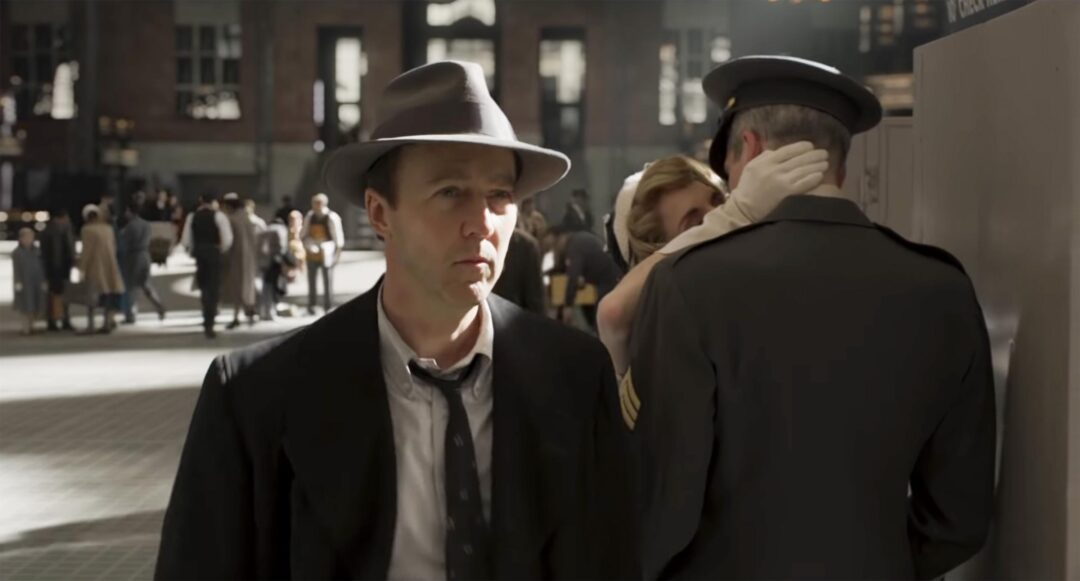 Edward Norton’s Motherless Brooklyn, based on Jonathan Lethem’s novel, is by Norton’s own admission a passion project some 20 years in the making. It’s easy to see what would attract Norton to the role of Lionel Essrog, a sorta-kinda private detective investigating his boss and mentor’s murder. It’s less clear why Norton has decided to change so much of Lethem’s novel. One thing remains the same, and that’s Lionel’s mental and physical maladies: Tourette’s syndrome with a healthy dash of OCD. But what comes across as a clever attempt at manipulating language in the novel — Lethem uses Lionel’s constant blurts and interruptions as almost poetic punctuation to long swaths of hyper-verbal interior monologuing — becomes a kind of affectation, a bunch of actorly tics, when presented on film. Films tend to literalize things, and what works on the page doesn’t necessarily translate to the screen. Norton has also moved the action from the (then contemporary) late-90s to the mid-50s, an era of economic prosperity and urban growth post-WWII, in effect erasing the ironic, vaguely postmodern aspect of Lethem’s novel. By virtue of the period, Norton is inserting Motherless Brooklyn into a continuum alongside Chinatown and L.A. Confidential, comparisons that do his film no favors.

Motherless Brooklyn isn’t a terrible film by any means. It’s got a reasonably interesting murder mystery at its core and it embraces a kind of old fashioned, classical Hollywood mode without too many bells and whistles. It’s certainly never boring. But so much of the novel is inside Lionel’s head that Norton can only replicate it onscreen via endless voiceover, a workaround that does his character a disservice. After witnessing the death of Frank Minna (a surprisingly engaged Bruce Willis, with a welcome twinkle in his eye), Lionel begins digging into a labyrinthine web of lies and deceit, eventually leading him to a jazz club and the political machinations of Moses Randolph (Alec Baldwin), a barely veiled version of the real life Robert Moses, the infamous New York land developer immortalized in Robert Caro’s well known The Power Broker. There’s an earnest attempt at critiquing institutional racism here, as Randolph destroys low income, predominantly minority communities, to make parks and roads and freeways for the rich and white. And by placing a jazz club as a central location, Norton can indulge in the music and milieu of African Americans. But the optics of Norton playing as tourist of black culture aside, the film simply bites off more than it can chew. Virtually every aspect of Motherless Brooklyn winds up feeling rushed and truncated, as Norton bounces around from plot to plot and continuously introduces new characters — almost all of whom have been invented for the film. It’s also a weirdly bland production in terms of its visuals. Working with cinematographer Dick Pope, Norton conjures the occasional arresting image, with some compositions seemingly inspired by Edward Hopper and full of rich neon colors. But daytime scenes are flat and gray, frequently overcast with a beige coating over everything. There’s a cheap digital sheen that grates the eye. For all the attention paid to period detail — there is a car chase sequence that has a truly staggering amount of old-timey cars on the road — costumes and interiors are mostly just shades of brown. There are some dream sequences that are visually incompetent, and the occasional drugged-up interlude (Lionel smokes weed to calm his mind) that smacks of cheap CGI. It’s hard to discern what is an actual artistic choice and what is merely incompetent post-production, as if everything got hit with some generic gray filter during the color grading. For something twenty years in the making, Norton could have smoothed out some of the rough edges here. Instead, we’re left with just an ok film that’s got a lot of ideas on its mind and no real idea how to fully explore them. 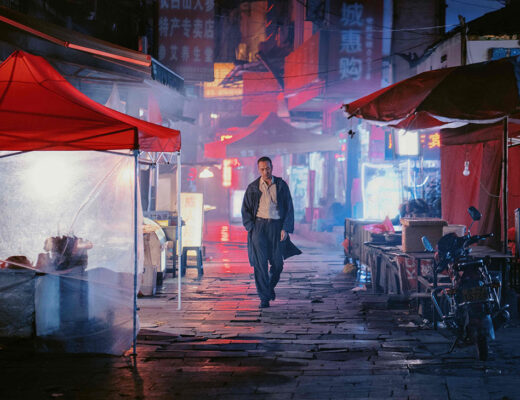 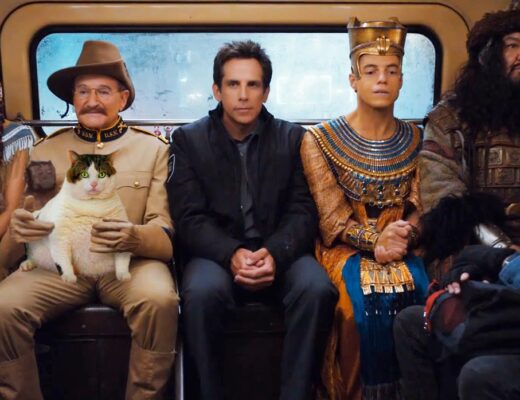 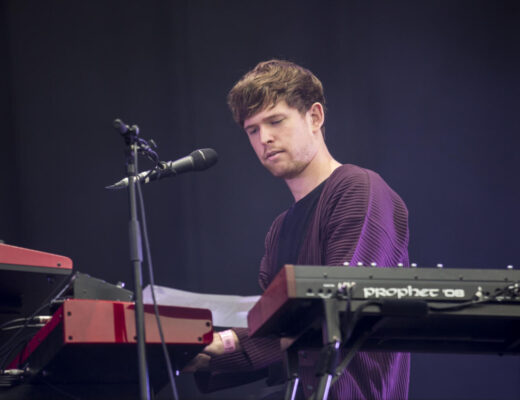