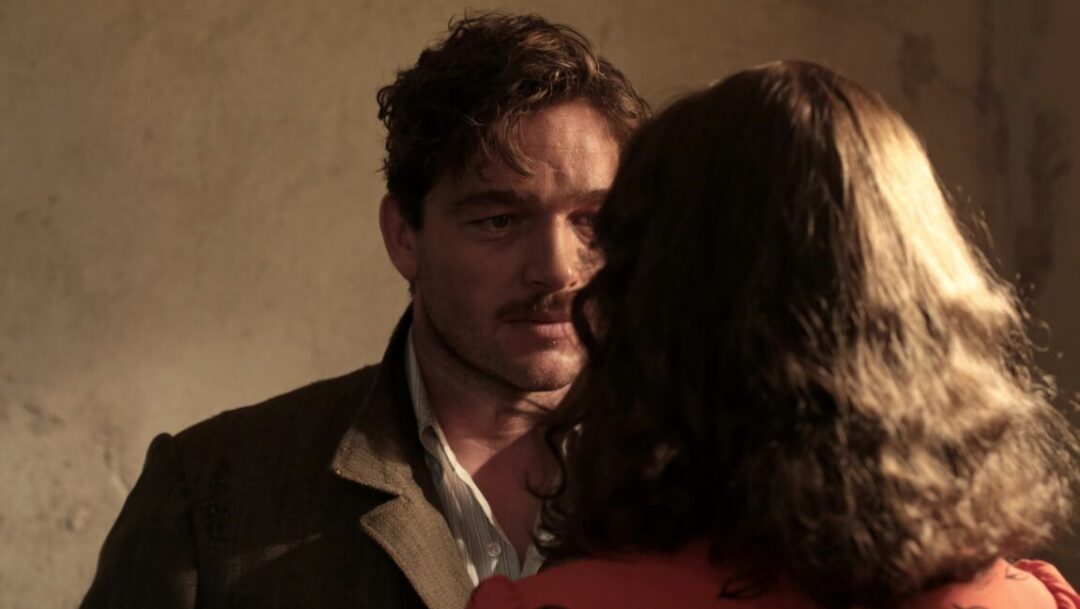 Evaluating performances is such a deeply subjective endeavor that finding a meaningful consensus can often feel like an impossibility. Truly extraordinary ones tend to work in lockstep with their respective films in ways that less impactful ones don’t, but in these cases sometimes that means our love of a given performance is inextricably linked to our love of a film. Other times, lesser films may deliver the surprise of a strong performance in isolation from everything around it, making its strength seem even more palpable. Either way, this list is about the process of discovering a consensus through the combination of different voices forming a single group. In 2015, at InRO, that led to discovering a pocket of voters who were very passionate about Nicholas Hoult’s considerable manic brilliance in Mad Max: Fury Road; who reveled in the subtly-calculated vulnerability of Sidse Babbett Knudsen in The Duke of Burgundy; who sang the praises of indie regulars like Christopher Abbot (James White) and Kentucker Audley (Christmas, Again), two actors who delivered big statement performances in small-scale films. Perhaps more than anything, it meant celebrating dynamic one-two punches.

Two sets of duos factor in our top 10 this year (our #1 and #2 were from the same film, so we cheated and combined them, making this list technically more of a top 11). But even that statistic doesn’t include pairings like Mya Taylor and Kitana Kiki Rodriguez, who were the thrumming heart and humor of Tangerine; Lola Kirke and Greta Gerwig, as internal/external emotional transpositions of each other in Mistress America; or Charlotte Rampling and Tom Courtenay, who delicately navigated the devastation of a decades-long marriage in 45 Years. None of these performances managed to quite make the final cut, but that, as any number of individuals who contributed here might tell you, is more testament to the influence of the 10 performances below. Luke Gorham 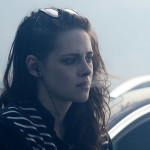 10. Full disclosure: I’ve never seen any of the Twilight films, that young adult tetralogy that made Kristen Stewart an international superstar and household name. But I, like anyone who’s perused the check-out aisle at a drugstore or supermarket in the past several years, could probably tell you all about the public perception of Stewart—that she never smiles, she’s petulant, acts like she’s somehow above it all. Miraculously, Olivier Assayas has crafted a role that manages to both comment on and invert this tabloid-constructed narrative. In The Clouds of Sils Maria, Stewart plays a harried personal assistant to Juliette Binoche’s aged international diva, charting a gradual progression from employee to confidant to friend, subtly upending the film’s pivotal relationship to the point where it becomes unclear who is actually in control (shades of Fassbinder abound, although Assayas is ultimately more humane than that German madman). Stewart takes what could have been a mundane role on paper and turns it into a quiet powerhouse of a performance. Daniel Gorman 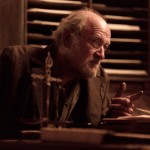 9. What impresses most about Bone Tomahawk—more even than the spectacular gore—is how each of its shifts in tone are fully earned and work within the context of the broader narrative. Nowhere is that more apparent than in Richard Jenkins‘s measured performance as Chicory, the second-in-command in-name-only to Kurt Russell’s grizzled Sheriff Hunt. While much of Bone Tomahawk‘s humor is drawn from cruel ironies, Jenkins lands his broad comedic punches about the shape of the Earth and foul-smelling tea without condescending to his character. But ultimately, it is his delivery of the film’s monologue—about the veracity of one particular flea circus in comparison to a legion of frauds—that hits harder than any of the visceral tortures inflicted by Bone Tomahawk‘s bogeys. Faced with a certain, grisly death, Chicory so clings to his fundamental humanity that the doomed characters in his company can’t help but be moved by his sincerity. Jonathan Keefe 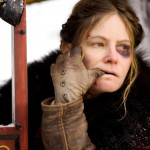 8. It may require multiple viewings of The Hateful Eight to fully grasp just how clever a performance Jennifer Jason Leigh is giving as its sole female villain, the grotesque outlaw Daisy Domergue. The uneven nature of the script requires Leigh to play her part as relatively invisible for much of the film’s lengthy running time, dedicating a large portion of her performance to an ugly but essentially-harmless-bigot shtick that involves her spitting, grunting, and spouting occasional bilious, backward observations, watching those around her with the wide-eyed wonder of a newborn pterodactyl. This near-comedic physicality makes her curtailment into brutal, utter deplorability in the final act feel like the the film’s most insidious example of American self-interest—and with plenty of competition. It’s a performance that fulfills Quentin Tarantino’s designs on B-movie horror with a hell-for-leather sort of visceral impact. Calum Reed 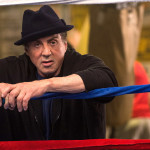 7. Of the many surprises to come out of Ryan Coogler’s Creed, none proved more satisfying than the powerfully vulnerable turn from a wizened Sylvester Stallone. In his sixth outing as the legendary Rocky Balboa, Sly takes his best shot at reinventing the wheel and in the process completes a progression from the barely articulate knucklehead of the franchise’s inaugural entry to the convincingly three-dimensional, experienced mentor here, a character graced with everyman wisdom but also the spectral regrets that come with his advancing age. The script may have provided direction for the character, but the realization is Stallone’s alone. And while torch-passing gestures and faded-glory geriatrics battling testosterone-fueled pride are not uncommon in the cinema, the amalgamation of interwoven histories (those of the fictional narrative and of Stallone’s real life and career) make for an incredibly rich and singular performance unlike anything else in recent memory, one that somehow manages to pay homage to a franchise, a craft, and a medium all at once. Luke Gorham 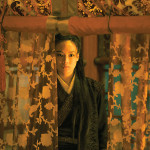 6. The Assassin, the latest feature by master Taiwanese filmmaker Hou Hsiao-Hsien, centers itself around a crucial performance by Hou regular Shu Qi, who plays the eponymous killer—a skillful and highly-disciplined martial artist—with a stillness that belies her ferocious physical demeanor. Shu’s performance—her third for Hou, and easily her best—comes to reflect the character of the film itself. Though tranquil and meditative in presence and tone, The Assassin features some deceptively engaged filmmaking: every cut and camera movement represents a nearly corporeal gesture, and Shu is in lockstep with both the film’s style and its moral implications. The film’s skillfully orchestrated combat and inclination towards violence, however thrilling and entertaining, is devoid of spectacle; similarly, Shu’s performance is quiet yet electrifying—she uses violence, but never as a source of excitement. This difficult symbiosis of character and style, of form and content, falls almost squarely on her shoulders, and it’s impossible to imagine another actor carrying the load so gracefully. Drew Hunt 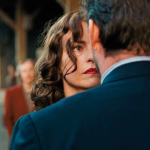 5. In recent years, the collaboration of actress Nina Hoss and director Christian Petzold has become one of the most fruitful creative relationships in the modern international cinema, and Phoenix is the devastating culmination of their remarkable work together. Hoss, playing Holocaust survivor and face-transplant recipient Nelly Lenz, is forced, after the war, to convince her former husband that she is not only still alive, but in possession of a new visage. It’s a premise that could just as easily be pitched as camp, but Phoenix is efficient, gripping, and chock-full of psychological resonance. Hoss proves herself utterly invaluable—she’s in nearly every scene, and her emotional temperance, buoyed by occasional, barely registered flashes of subtle yearning, is astonishing. Nelly’s knowing side glances and silent longing toward her husband ultimately calcify in an already highly regarded (and, indeed, perfectly pitched) final scene that communicates all necessary sentiment in the simplest, most cinematic of ways. And arguably, none of it would have worked without Petzold’s particular muse. Dan Girmus 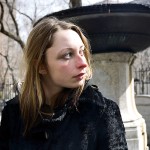 4. Arielle Holmes was a homeless junkie before being discovered, in an instance of sheer dumb luck, by director Josh Safdie. Soon enough, Holmes, the first-time actress, would become one of the most unforgettable faces to appear on-screen in 2015, in Josh and Benny Safdie’s incendiary third feature, Heaven Knows What. A heightened autobiographical account of Holmes’s life on the streets as a heroin addict, the film tracks the young woman, with her gaunt build, pink-tinged nose and thin brown hair, on a film-long trek through squalor and tainted romance, becoming more impactful due to the Safdies’ reliance on observation and behavior. A roaming, empty soul, Holmes’s eyes shuttle in empathy and identification of a life brimming with moment-to-moment desperation and uncertainty. There’s no telling where she’ll go from here, but her presence in Heaven Knows What is nothing short of electrifying—and resilient in the purest of forms. Ty Landis 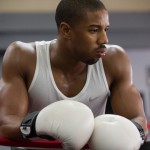 3. Michael B. Jordan coolly wills us into the understanding that he’s both a great fighter and a damn good lover by the end of Creed. More impressive still, he convinces us that both traits should prove impactful within  his community (a Philly well-sketched by director Ryan Coogler), and that they should appeal to its audience’s selfish hearts, which may not have otherwise been so receptive to yet another Rocky sequel, or its new bastard son of a hero. Jordan’s portrayal is refreshing in 2015 for its earnestness—that this hero is, in essence, a lovable naif and not a prematurely scowling cynic, unfashionably awkward (that pre-fight poop!) rather than brooding antihero. And Coogler’s film is the perfect vehicle for the actor’s assent to stardom, a good-humored genre effort that allows Jordan to whole-heartedly win our affection, and thus a film that puts us in his corner. Charles Lyons-Burt 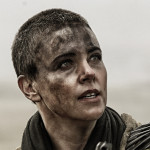 2. Charlize Theron’s Furiosa had a tough job. Not only did she have to commandeer an armored truck and guide it through the Namib Desert while a whole horde of ugly capitalist punks hunted her down; not only did she have to be agile enough to match director George Miller’s nonstop action pacing; not only did she have to outmuscle natural muscleman Tom Hardy while retaining the feminine virtues central to the film’s message—but she also had to do all of this with one arm. In a year when directors seemed to be constantly granting the action heroine magical brawn as a workaround to “strong female characters” (have we learned nothing from Sucker Punch?), Theron’s power in Mad Max: Fury Road comes from her pride in her own femininity—a much more threatening force to Immortan Joe (or any other macho politico you could mention), his land, constituents, and his power. Zach Lewis 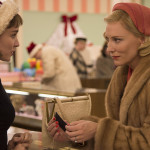 1. About halfway through the film, Therese (Rooney Mara) and Carol (Cate Blanchett) find themselves on a road trip, stopping off in a little motel room. Therese puts on a record with an excited little grin that only we see. She crawls back to the coffee table (they’re sitting on the floor). Carol is trying on perfume. “Smell that,” she says, and they draw their faces to each other’s necks for just a beat too long, and then lean back with the tiniest of uncertain sideways glances, a microexpression of embarrassment and excitement. Therese immediately looks away from Carol and takes a drink, and Carol breaks the tension by raising her glass and making a joke toast. In five or six seconds these gestures reveal the power dynamic between a more experienced lover and a novice one, the simultaneous eagerness and trepidation that comes with wanting to be with another person, and the need for both of these women to protect themselves emotionally. Beyond Carol‘s broad empathy, quiet timeliness, and flawless recreation of period texture, it’s the every tiny detail performed just right by its two fearless co-leads that makes the film transcendent. Matt Lynch 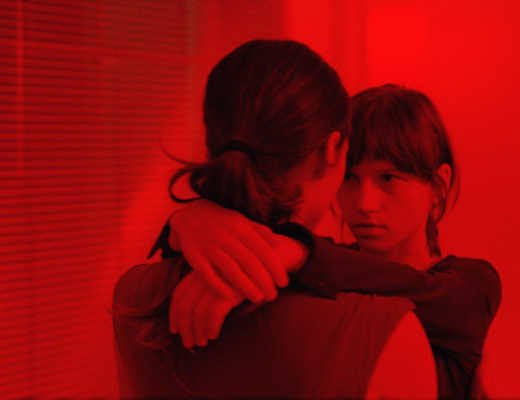 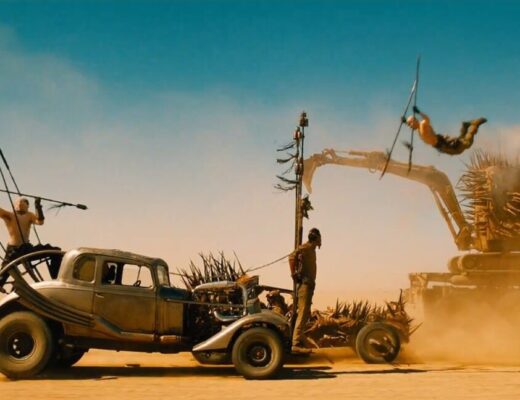 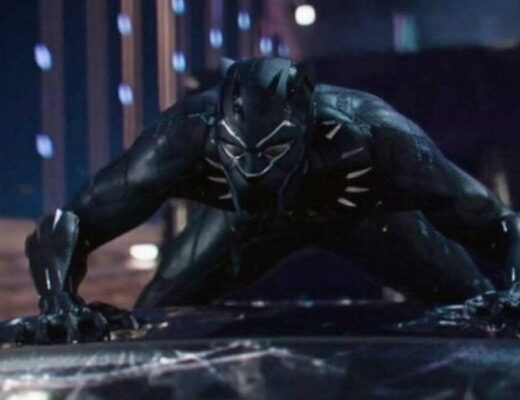 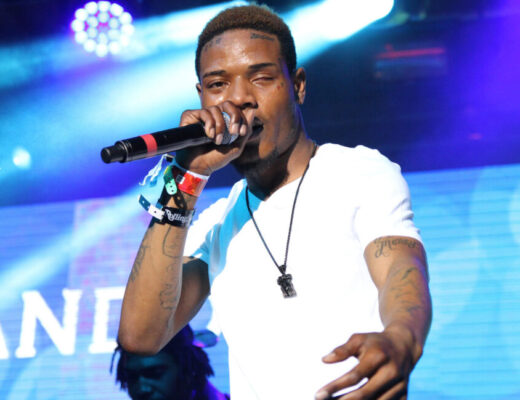