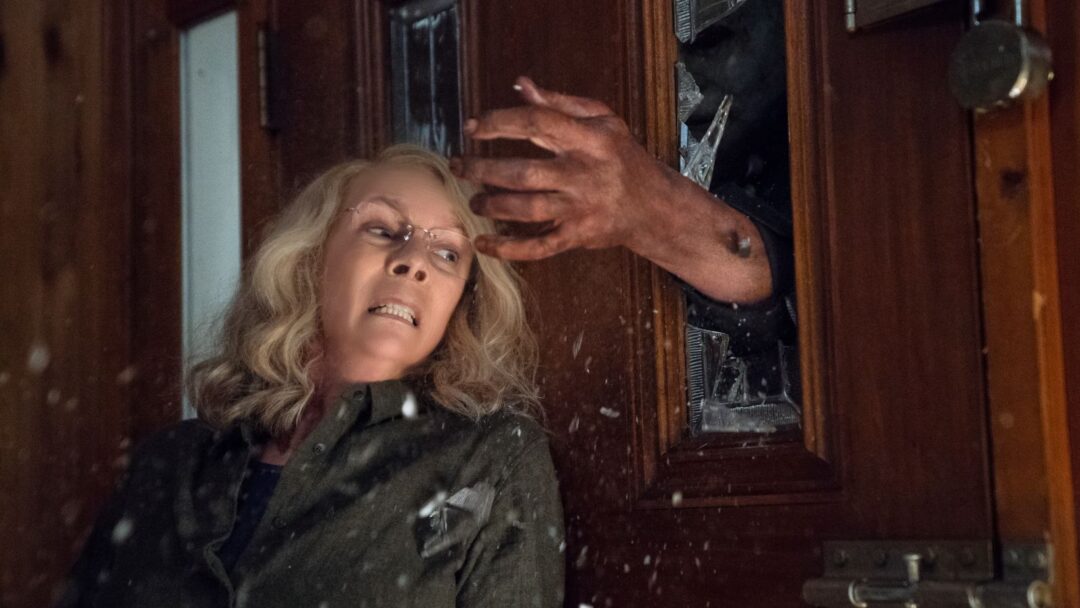 Our second dispatch from the Toronto International Film Festival (here’s the first) acts as a nice microcosm of the fest as a whole, and of what distinguishes it on the international stage — namely, it’s breadth. The newfound restraint employed by TIFF’s programming still sees over 300 films screen across a variety of distinct programs. In this dispatch, we take a look at a work of avant-garde cinema from Wavelengths (Andrea Bussmann’s Fausto), a blockbuster film from Midnight Madness (David Gordon Green’s Halloween), a serious-minded piece of prestige filmmaking from Special Presentations (Paul Greengrass’s 22 July), a biographical documentary directed by of a working legend of the format, in TIFF Docs (Errol Morris’s American Dharma), and a timely “pitch black” Russian comedy about war through a lens of meta-fiction, in Contemporary World Cinema (Sergey Loznitsa’s Donbass). 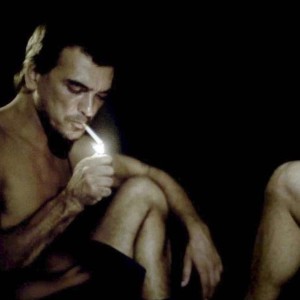 Frequently inscrutable and often enveloped in literal darkness, Andrea Bussmann’s Fausto offers the latest (cinematic) rumination on the foundational myth of man’s dealings with the devil. Mostly filmed along Mexico’s Oaxacan coast, the movie offers vistas shrouded in mystery — landscapes seemingly untouched by time and flush with a sense of the unknowable. Like the director’s previous feature, The Tales of Two Who Dreamt (co-directed with Nicolás Pereda), Fausto is a collection of oral histories and local legends all subtly, obliquely linked to the origin tale. Ghosts and shadowy figures loom large in the tellings of various interlocutors; animals and their distinct perceptual faculties figure prominently as well. Throughout the film, hazy low-light images (shot on digital, then rephotographed on 16mm) continually ask the viewer to remain open to the “conscious coexistence” of the universe. And yet, despite Bussmann’s considered intellectual framework, there’s an unproductive tedium to her approach, which often shrouds its most direct ideas (e.g. the way cinema defaults to human modes of perception) with coy suggestion and limiting obfuscation. (“What is the difference between man and dog?” a man asks in voiceover. “Here, they are the same.”) Fausto’s key image is of a single point of light, flashing in and out of inky blackness; but its lingering impression is of a formless haze. Lawrence Garcia 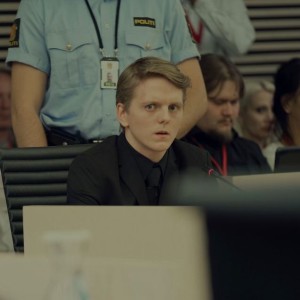 In 2011, right-wing extremists claimed the lives of 77 innocent civilians during the deadliest act of terrorism in Norway’s history. Paul Greengrass‘s dramatization of this event in 22 July is intended as a rally cry against the spread of fascism. Unfortunately, Greengrass has opted to fight extremity with exploitation: there’s hardly a moment in 22 July that doesn’t feel shamelessly unethical in its depiction of a real-life tragedy. The film operates in two main sections, the attack and its aftermath, and both conjure a slew of problems. The former features Anders Behring Breivik (Anders Danielsen Lie) planning and executing his attack, starting with a car bomb in Oslo and culminating in the man’s methodical killing of a slew of innocent children on the island of Utøya. Greengrass shoots and edits these scenes with such intense motion that he turns horror into excitement, making a tragedy come off like any other standard action movie — and makes the victims’ deaths a mere catalyst for shock value. Once Anders is captured, the narrative splits off into several directions — including a focus on the appointed defense counsel Geir Lippestad (Jon Øigarden), and a moral dilemma that’s ultimately dropped a few scenes later — before settling on the slow rehabilitation of survivor Viljar Hanssen (Jonas Strand Gravli), and how he must overcome his trauma by testifying at Anders’s upcoming trial. This is where Greengrass makes his biggest misstep, framing Hanseen’s rehabilitation in the most sickeningly sappy way possible: by having him stand-up to the big bad bully terrorist at the end and getting his cliched revenge of ‘living on.’ 22 July may not ultimately be quite as detestable as Greengrass’s Captain Phillips (a film that featured the slaughtering of third-world citizens of circumstance as its climax), though it’s just as contrived. Paul Attard 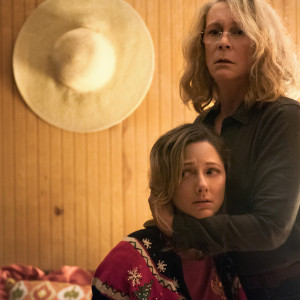 David Gordon Green‘s Halloween, a direct canon sequel to John Carpenter’s progenitor, operates in the familiar register of Wes Craven’s Scream, but instead of waxing meta on the horror genre as a whole, this instead trades on the hyper-specificity of its franchise. Green and co-writer Danny McBride are excited to fanboy-out here, with their visuals relying largely on a reverence for iconography as a means of strengthening the relationship between their film and the original Halloween. Yet thankfully, the drag of familiarity is consistently leavened by a balanced, playfully droll script, and the very twisted ingenuity and care demonstrated across a series of wonderfully horrific slasher tableaus. If the general narrative trajectory of Halloween feels inevitable, that’s ultimately okay — character development takes precedence here, between the wounded but determined eccentricity of Jamie Lee Curtis’ grandmotherly Laurie Strode and an unexpectedly humorous and essential ensemble of supporting actors who prove memorable in their own right rather than simply adding to a body count. So while this iteration of Halloween does little in the way of contributing substantively to the horror genre renaissance of the past decade-plus, it at least offers a tight, funky diversion until the next noteworthy reinvention comes along. Luke Gorham 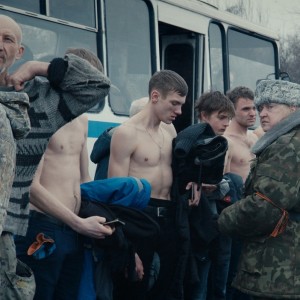 Beginning with a group of performers being prepped in a makeup trailer before being escorted onto a stage-managed, faux battleground, Sergey Loznitsa’s Donbass suggests a kind of meta-fiction at work. Take as you will that those performers will ultimately be gunned down mercilessly in the film’s closing moments. Donbass ostensibly chronicles the ongoing civil war between Ukrainian nationalists and the Russian-supported Donetsk People’s Republic, although Loznitsa has scrubbed his film of much specific context. If the viewer is confused, as I was, it’s almost certainly by design — like most civil wars, the causes of this conflict are myriad, and the history dense. If one is left with mostly vague notions on this particular geo-political conflict, there is at least a very firm sense of the madness it must be to live through it. Presented as a series of 13, occasionally interlocking vignettes, Loznitsa paints a portrait of a devastated society (how much of it should count as pitch black comedy is up for debate, although other reviewers have mentioned Monty Python and Buñuel as potential signposts). Corrupt, venal politicians abound, literally pouring shit on each other’s heads and fighting over fake news stories planted in opposing newspapers. A hospital becomes a staging ground for propaganda, while various checkpoints become struggles between those with power and those without. Filmed mostly in documentary-style, with handheld long takes, Loznitsa alternates between harrowing realism (a long passage where cameramen tour a refugee camp in a dilapidated building) and sheer madness (a bizarre wedding ceremony; a man strung-up and tortured in a public square). Donbass engenders, alternately, horror, fury, and ultimately, exhaustion — which could very well be the point. Still, it’s a long, occasionally banal slog to get to a foregone conclusion that War Is Bad. Daniel Gorman 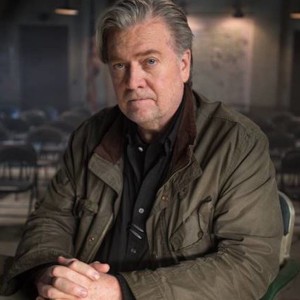 Of the many fictional characters Steve Bannon compares himself to in American Dharma — Col. Nicholson from The Bridge on the River Kwai and Falstaff from Chimes at Midnight — the most blatantly ridiculous name mentioned is the Crazy Nastyass Honey Badger from the infamous YouTube video of the same name. To Bannon, he and the badger share a common quality: they “just don’t give a shit” about how their horrible traits and behavior will ultimately affect others around them. As the chief executive officer of Donald Trump’s presidential campaign and co-founder of alt-right “news” outlet Breitbart Media, the last thing Bannon’s certainly giving a shit about is the wellbeing of others who have immigrated to the United States; the zealot hides a xenophobic worldview under the guise of populist rhetoric, or “nationalism” as most neo-Nazi’s would like to put it. The inherent contradiction here (that one can be for the people while systematically discriminating against many) is one director Errol Morris picks up fairly early on in American Dharma. When Morris confronts Bannon about this, an uncomfortable silence follows. For Morris, in the past (say, with war criminals Donald Rumsfeld and Robert S. McNamara), he’s let his subjects’ own words bring-out the contradictions they engender — but here, the director finally engages with this tendency head-on. What hampers this tactic is where the newfound aggressiveness stems from: that Morris truly finds Bannon fearsome, a boogeyman of such untold proportions that you must keep attacking (a tactic Bannon brags about consistently). This constrains the scope of American Dharma’s ambitions to that of a surface-level critique, rarely fleshing-out the psyche of the former White House Chief Strategist beyond a trotting out of his “greatest hits,” which includes bringing Bill Clinton’s accusers to Hillary’s second presidential debate. That isn’t to say the film isn’t without justified merit: to Morris, evil must be exposed before it’s eradicated, and seeing such sickeningly monstrous beliefs casually mentioned is deliberate and startling. Again, much like the honey badger he invokes, Bannon’s only allegiance is to his own preservation — and he sees a return to 1950s America as the best way of accomplishing that selfish goal. PA 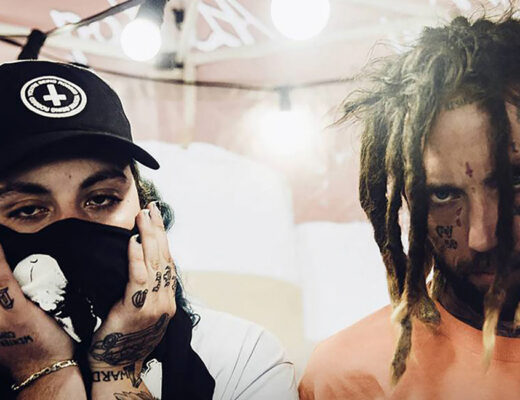 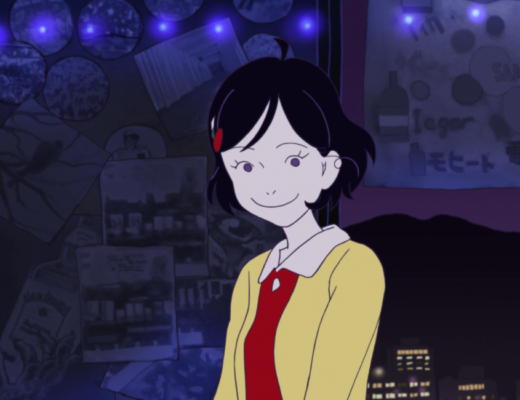 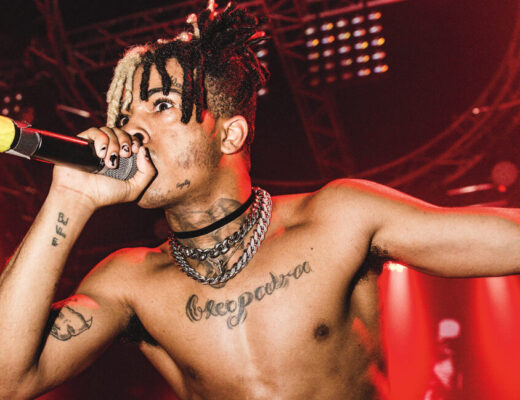