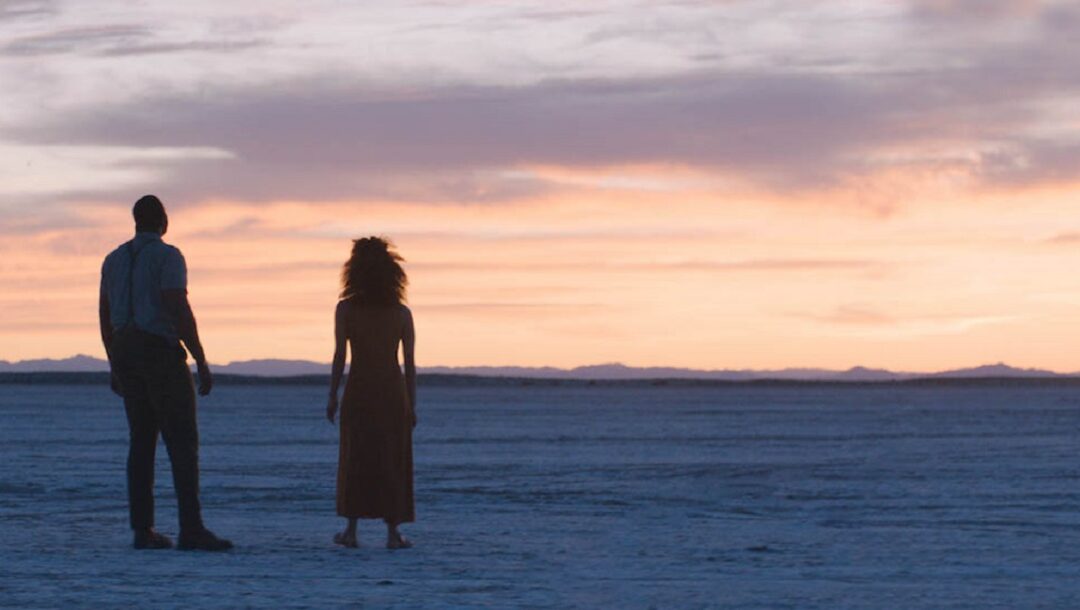 Nine Days angles toward profundity, but is a largely maudlin, intellectually bankrupt genre-exercise of self-congratulation.

In Plato’s Allegory of the Cave, prisoners sit facing a wall on which the shadows of puppets are projected; with no conception of a world beyond their own, the prisoners believe these shadows to represent the real world. In a hypothetical scenario wherein one of them manages to escape and returns to liberate his comrades, he finds them unconvinced, given that the sunlight has blinded his unacquainted eyes and bodes ill for the others. Much of contemporary cinema has explored this thematic metaphor, most notably in the Wachowskis’ The Matrix trilogy, with varying degrees of success in commenting on the numerous layers of metaphysical and ideological reality. Unfortunately, this cultural prevalence has also resulted in a simplification of philosophy, an unwillingness to examine and challenge intellectual ideas which has, de facto, inaugurated their watering-down into empty signifiers for bloated conceptual simulacra. Sundance, the foremost champion of America’s (and, by extension, global) once-nascent hipster indie scene, has mastered the art of programming ostensibly “inclusive” and “urgent” works, though the undercurrents point, more insidiously, to a curiously homogeneous strand of feel-good humanism predicated on labored optimism and faux-empowerment. And Nine Days, the poster child of the fest’s 2020 edition, embodies just such vacuousness to a T: the only greater proof of it, other than the tears and thunderous joy at its premiere, would have been A24 outbidding Sony Pictures for the film’s distribution.

Drawing comparisons to Hirokazu Kore-eda’s After Life, Edson Oda’s feature debut diverges in timeline — instead of life after death, Nine Days predates life itself. In a vast and empty desert, souls spawn out of thin air and converge at a humble yellow house where its master, Will (Winston Duke), waits to assess them. Will is by his own admission not God, but he might as well be: not every soul gets a shot at the real world, and it is his job to select the most worthy candidates to be born. Those who do have their lives played out, in “real time” (the temporal relation between pre-existence and life remains to be seen, however), on the house’s many vintage television screens. Opening the film is one such life, that of a violinist named Amanda, who crashes her car out of the blue, agonizing Will and necessitating the search for a replacement. Five candidates turn up, among which are Bill Skarsgård’s quietly confident Kane and Zazie Beetz’s unusually empathetic Emma. Over nine days, the five are whittled down through Will’s questioning, comprising lofty moral paradoxes and mundane enquiries of tastes and preferences. Those who do not make the cut will disappear, though not before they are granted one chance to experience a memory of their choosing; Kyo (Benedict Wong), another unborn soul who has somehow never left, assists Will with the selection process.

The problem with Nine Days’ pre-existence conceit lies in how sincerely Oda expands it without ever elaborating on the existential contradictions that are bound to arise. Most jarring are the souls themselves: appearing as adults of varying ages, their presence and physical form would seem more plausible as deceased individuals preparing for the afterlife. Instead, twenty-something Emma and half-centennial beer-dad type Alexander equally appear under Will’s jurisdiction, personality and behavior fully-formed. There is little to assess beyond the intrinsic value these personalities and behaviors accord them, but would seem to be antithetical to Oda’s project: unlike David Hume’s tabula rasa, the souls are capable of making moral judgments without requisite experience, and the film reads less as a parable on moral worthiness than an unexplained and highly implausible case for prenatal eugenics. (Pete Docter’s Soul, a film which also features a dimension before birth, nevertheless hands equal weight to the living world and one’s actions undertaken within.) That they glean some experience of life through Will’s television screens, and are expected to prove their mettle through verbal communication alone, elucidates the flawed cosmetic philosophy underpinning Nine Days. Oda settles for Plato’s cave, yet never finds the courage to venture into the world above the shadows.

Beyond Oda’s problematic characterization of his souls — incidentally compartmentalized into cherry-picked stereotypes of a decidedly American selection — lies the question of Will: foregrounding him, wracked with grief over the death of his previous choice candidate and haunted by his own unhappy memories as a living person, renders much of the film’s supernatural background irrelevant, and vice versa. The perpetually glowering killjoy, whose appearance suggests unresolved trauma and perhaps incompatibility with his hefty managerial position in this pre-purgatory, looms over his interviewees menacingly, looking out for such traits as shrewdness and decisiveness which befit the resilient people he hopes to see populate the cruel and cold world. Little is elaborated on this front, except hints of an introverted past mired in self-doubt. Juggling both Will’s character and those of his souls, Nine Days fails to convince the viewer on either account. Not even his faithful Kyo, who can’t possibly know what living is like, can wean him off his wounded cynicism, and Duke’s smoldering bellows ring hollow in an impassioned but artificial performance. Broadly, Oda circumscribes Will’s character progression within the search for life’s meaning: naturally, where better to look than in those without life’s experience?

Much has been made of Beetz’s Emma, whose preternatural maturity in questioning Will’s binary conception of good and evil provides the film’s obvious pretext of sculpting its entire spiritual dimension around this dyad. Acting as foil to Kane’s pragmatism, she possesses an otherworldly open-mindedness and innocence, which begs the question of why Will resists her inquisitive nature if it would make the world a better place and why this nature proves the exception rather than the norm. “I don’t know,” she mostly responds, to the ethical conundrums and curveballs thrown her way. Her indecision comes closest to a logical framework in Oda’s otherwise arbitrary world-building, which recalls the specificity of Biblical creation (both approximately week-long) alongside a broader pseudo-spiritual hologram of humanity’s shared memories and lived experiences (which, given the introductory context for its would-be humans, isn’t exactly implausible even if thoroughly reductive). Yet, Emma figures primarily as the cause for Will’s unprompted existential anagnorisis without much change on her end, cementing the film’s perspective as that of the film’s unhappy steward. But Will seems fated to remain in his job for eternity, and if his unliving applicants are bound by their one-dimensional dispositions, there really does not seem to be much of a point to Nine Days beyond self-congratulatory genre-exercising.

Though not a victim of incompetent lensing and pacing, the celebratory refrains of Nine Days belie its thematically shallow core. Oda struggles to articulate any particularly inspiring insight, other than an excruciatingly maudlin climax wherein hearts are touched, minds are changed, and life is affirmed with a switch of the shot. His emotional chicanery, ubiquitous in Antonio Pinto’s borderline parodic strings-based score, banks wholly on its teary Pavlovian effect to connect with the audience. When the unborn rejects die, the volume is cranked up to an unbearable eleven. But why should we mourn the unborn, whose potentiality was nipped in the bud not by worldly factors but otherworldly ones? Not satisfied with its ludicrous climax, Nine Days heralds a new cinematic dearth amidst its sprawling desert with a Walt Whitman-quoting denouement. Song of Myself, misquoted and re-arranged, is excerpted in Will’s sonorous encomium to life: “Have you reckon’d the earth much? […] I celebrate myself, and sing myself.” Plato’s cave, shrouded in darkness, extinguishes any incoming light. Oda’s cave, bathed in the sun, smothers it in favor of artificial light. 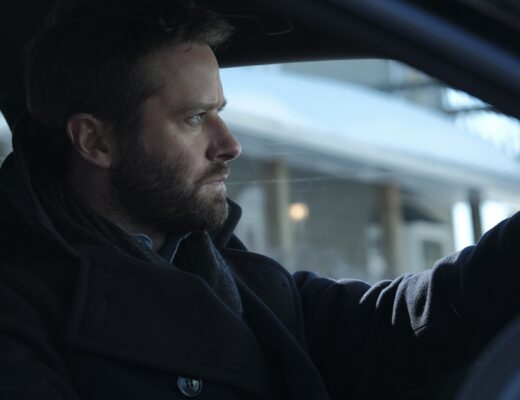 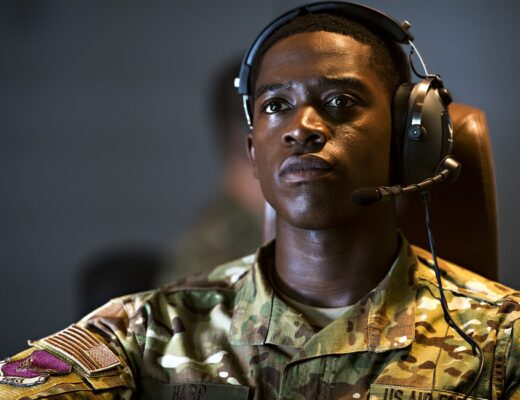 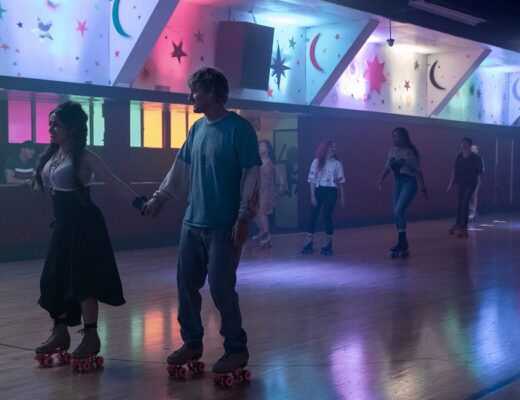 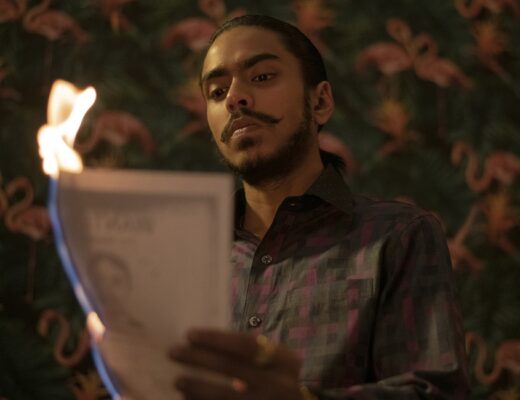 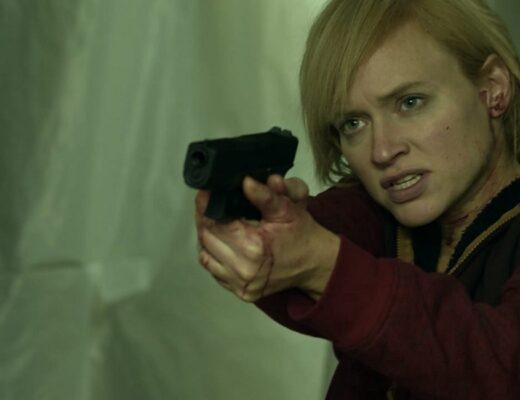