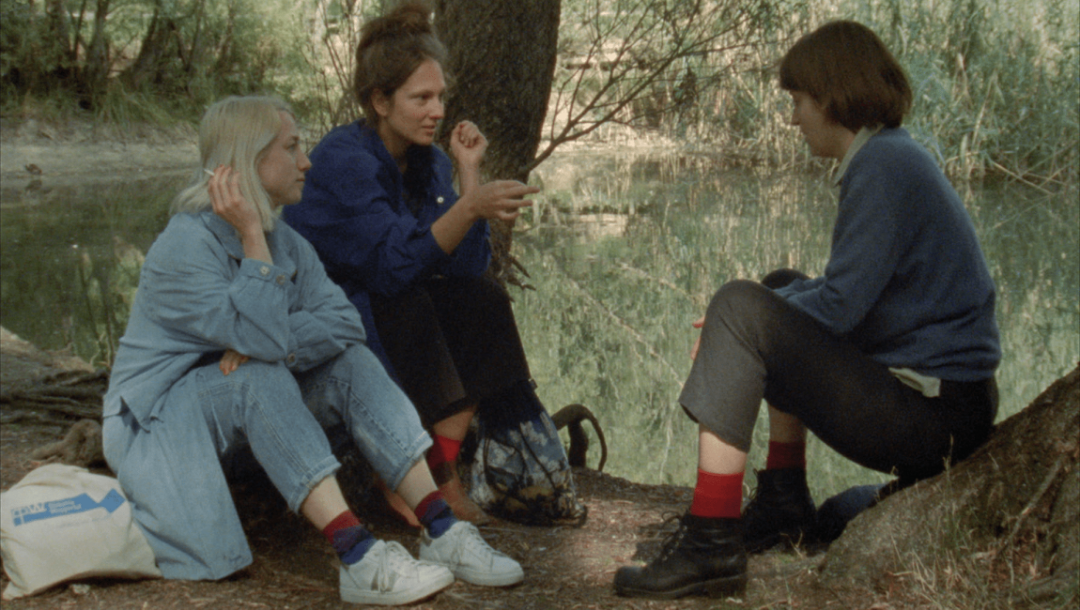 
Ted Fendt’s body of work is at least in part characterized by its very purposeful progression. His films are all dryly comedic character studies of some sort or another; his earliest works were short comedic sketches akin to those of Éric Rohmer and Luc Moullet, though transposed onto contemporary Haddonfield, New Jersey, the director’s suburban hometown. These sketch-like films gave way to the Philadelphia-set features Short Stay and Classical Period, which embraced a similar sense of humor and 16mm aesthetic, while obscuring the set up/punchline structures of his earlier work between these two. Fendt’s protagonists are tragicomic figures on a mundane scale, socially awkward young men distanced from their emotions; Short Stay’s Mike is an inarticulate, well-meaning dope unable to assert himself, while Classical Period’s Cal is a passionate Dante scholar totally flummoxed by any relationship not based around his cultural interests. These films are driven by a dramatic tension based in the protagonists’ inability to vocalize desire or want, this conflict surrounded by quotidian plotting that otherwise turns away from traditional dramatization.

Fendt’s latest feature, Outside Noise, goes even further in removing itself from notions of “motivated plotting,” foregoing legible conflict in order to craft a hazy 16mm malaise film that pursues those moments in life that we generally think to be uncinematic. Leaving behind the American Northeast (aside from a quick prologue in Times Square) for Berlin and then, for the majority of the film’s runtime, Vienna, Outside Noise opens up Fendt’s cinematic world (there is an actual continuity maintained between each film), though his protagonists aren’t much more adept. This time, Fendt centers on three young women, Mia, Daniela, and Natasha, who exemplify a comfort with normal social situations elusive to the director’s previous protagonists, yet who still find themselves burdened by a general sense of restlessness and dissatisfaction. Outside Noise takes great pains to avoid complicating the lives of its protagonists, instead refusing them much forward momentum at all, their cross-continental trek from New York to Berlin to Vienna hardly registering as more than an abrupt change in scenery (and even then…). In this way, Outside Noise takes on the classic subject of ennui, but with an interest in observing it as opposed to reveling in it. The film’s characters aren’t judged by the script, their inaction something that Fendt and his leads (who partook in the writing process) seek to articulate visually more so than critique. As such, Outside Noise becomes a bit of a balancing act, pushing the script as far away from archetypal film narrative as possible without losing pace or structure. In managing this, Fendt accomplishes an equilibrium without signifying much exertion, producing a work that reveals itself in unforced fashion, moving toward an emotional spectrum out of the reach of most filmmakers. 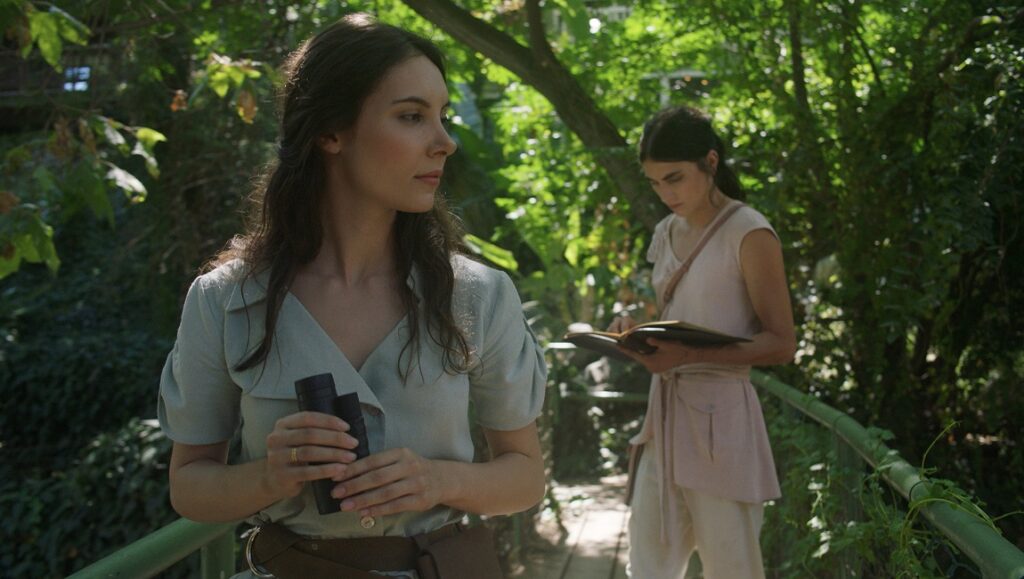 
The way in which people interact with the archaic or outmoded is an ever-evolving proposition. Especially given the unbelievable pace of the 20th and 21st centuries, where innumerable technologies have been developed, widely used, and then abandoned for the next shiny thing, devices that once were widely taken for granted just a decade or so ago take on a different aura entirely, one almost akin to uncovering a buried, obscure treasure.

Jonathan Davies’s Topology of Sirens, one of the most assured and evocative feature debuts of the past few years, which premieres as part of the FIDMarseille International Competition, takes this paradox as one of its primary animating forces. It follows Cas (documentary filmmaker Courtney Stephens), a sound engineer who moves into her deceased aunt’s home in what appears to be an unnamed neighborhood of Los Angeles. As she reconnects with her friends within the local experimental music scene, she discovers within a locked closet of the house a rare hurdy-gurdy. Inside the outdated instrument are seven answering machine mini-cassette tapes, each labeled with a mysterious symbol and containing different varieties of soundscapes and audio effects. This cryptic find begins a loose series of wanderings across the greater LA area, as linkages and coincidences pile up without necessarily coalescing into a unifying purpose or meaning.

Much of what compels about Topology of Sirens stems from this approach to narrative and how it maps onto Davies’s contemplative style. The film feels very much of a piece with Tyler Taormina’s Ham on Rye from 2019: Taormina and Davies are part of a drone music duo, produced each other’s films, and both films are gorgeously lensed by Carson Lund (disclosure: all three are friends of this writer), but while that film adhered to a clear if powerful structural trajectory, no such net exists for Topology. Instead, the film feels refreshingly charged in its conviction that any situation, any encounter, can unlock another link in the chain toward comprehension, and that the strength of the revelation can be felt much more than it can be explicated. It is no accident that these pivot points can be so often located in abandoned technologies like the cassette tapes or the hurdy-gurdy; in particular, one scene set at a long-running amateur TV station features a character played by film preservationist Mark Toscano, who takes stock of the continual submission of home tapes, including the work of one man who taped pre-digital television static so that people would still be able to see analog snow well past its conventional usage. Davies doesn’t aim to tie all these obsolete items together with a neat bow, but he has a pronounced appreciation for them, and how they can blend with and be enhanced by new technologies; one of Cas’s final actions in the film is to create mixdowns of the tape recordings, blending the formerly discrete music to create something else entirely.

In an interview for FIDMarseille, Davies attributes the governing aesthetic and narrative principles to ‘90s PC point-and-click adventure games, but Topology of Sirens unfolds in ways that hew much closer and deeper to typically cinematic means. Shot mostly in master shots, which frequently move with gliding precision across rooms, the film’s quiet nature — there is relatively little dialogue in the film, charmingly credited as “featuring dialogue from the cast” — allows for both a bounty of interstitial moments of natural and suburban landmarks and a series of truly startling and magical ruptures. These moments, including a few live musical performances, are frequently signaled by a definite shift in perspectives, and stun in a way that somehow only furthers the mystical mood that Topology of Sirens consistently manages to weave. More than anything, Davies trusts in the sensorial import of his images, in the implications and pleasures of shifting lights and dissolves, and the effect is nothing short of transporting.


A directorial debut so strong that it was selected for both FIDMarseille’s First Film section and main International Competition, Austrian entry Beatrix is a major discovery, the work of two directors and an actor at the outset of their careers already with a defined perspective and a deft understanding of cinematic language. Though all involved have worked in the film industry and with each other in various capacities, Beatrix marks the first instance of Lilith Kraxner and Milena Czernovsky co-directing a film together, with their star, performance artist Eva Sommer (who was awarded Best Actress in the First Film category), also newly acquainted with the feature-length medium. A new configuration for this team and likely their most involved undertaking to date, but one wouldn’t so easily discern this watching Beatrix, an intimate, plain-spoken film, obviously the creation of artists thinking on a higher level.

Not dissimilar to other international competitor Outside Noise in the broadest sense (this year’s FIDMarseille was really well curated in that way), Beatrix pursues images that cinema often fails to hold space for, the toiling and bouts of boredom that the medium is usually thought of as an escape from. But as Kraxner & Czernovsky quickly demonstrate, this lack of depiction creates a faux taboo around certain images, opening up the possibility of making the mundane thrilling. Suddenly, the act of cleaning an oven or shaving an armpit takes on an intrigue one wouldn’t assume of such domestic chores, given life via gorgeous 16mm cinematography and inventive framing choices. What little plot there is essentially stands as an excuse to move the title character through these sorts of set pieces, following this young woman’s listless summer days, crashing at a big house by herself with the occasional visitor stopping by to briefly disrupt the tedium of these slow days. Kraxner, Czernovsky, and Sommer wrestle with the idea of how to depict the undepicted, particularly how to capture those moments where we are totally unobserved and vulnerable without indulging cinema’s tendency toward voyeurism. Sommer’s performance is essential to the project in this regard, entirely improvised though resembling something much more workshopped, a la the films of Maren Ade. She is able to negotiate the camera’s gaze and the need to achieve a sense of naturalism, essentially performing a non-performance. Kraxner & Czernovsky build on their actor’s work savvily, confronting the audience with her vulnerability, often presenting Sommer nude in the casual fashion one adopts when home alone, creating brilliant tension between camera, subject, and audience. Beatrix instantly establishes Kraxner, Czernovsky, and Sommer as major artists, pursuing lofty, risky ideas with verve and ingenuity — so exciting to see in a debut feature! 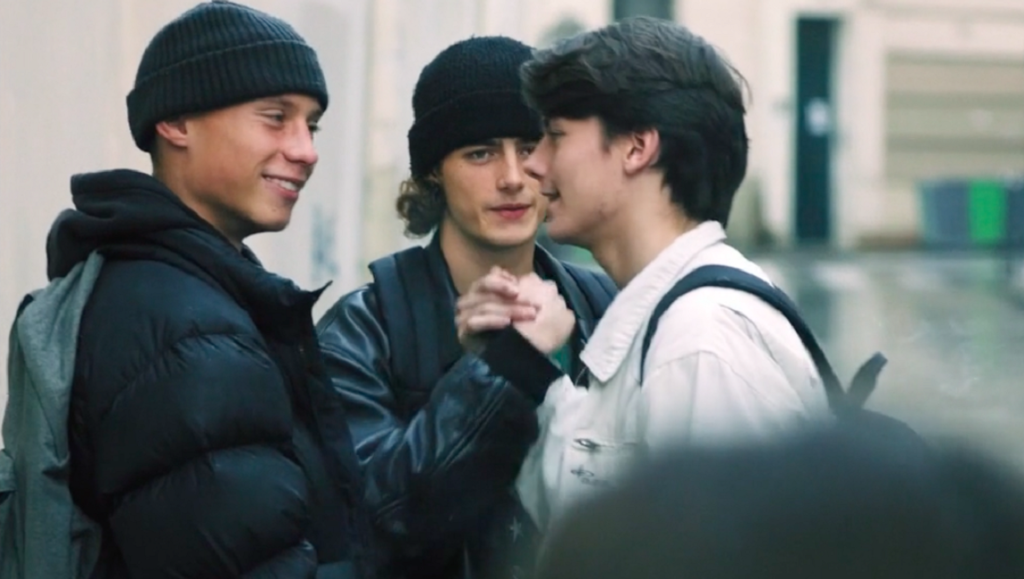 A Day in a Life


Now just a couple years away from 80, Tulsa’s own scumbag auteur Larry Clark is still making movies about teens having sex and doing drugs, with concerning zeal. His recent years have been taken up by the ambitious Marfa Girl trilogy, a pretty nasty, maybe magnum opus, that’s up to all of Clark’s usual tricks, but set in Marfa, Texas at the intersection of the U.S. art world and immigration crisis. Marfa Girl 2 dropped back in 2018, though presumably not to enough excitement that Clark could get the third film greenlit (it is no longer listed on IMDb), and so it would seem that the director has moved on for the time being, his latest film a short that takes him back to Paris for the first time since 2014’s The Smell of Us. Co-directed alongside Jonathan Velasquez, the star of his 2005 film Wassup Rockers, A Day in a Life holds no surprises for those familiar with Clark’s filmography, essentially a series of very quick sketches (total runtime only amounting to 15 minutes) running through the expected iconography and scenarios (skating, snorting, smoking, fucking). A Day in a Life is wispy fare, with a standoff between a girl and her step-dad (a surprise appearance from currently ubiquitous Vincent  Macaigne, giving off very unsavory vibes) trying to keep her from going out to party accounting for the bulk of the short’s dramatic action. Otherwise, Clark is as stylish as ever, flashing aesthetic title cards and indulging romanticized, neon-drenched handheld cinematography, but his proclivities and gaze are likewise unchanged, still morally fraught and fetishistic. 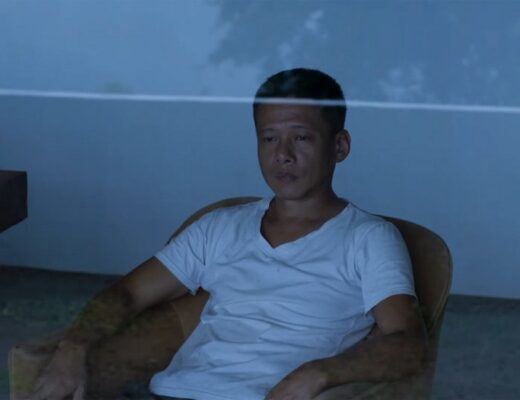 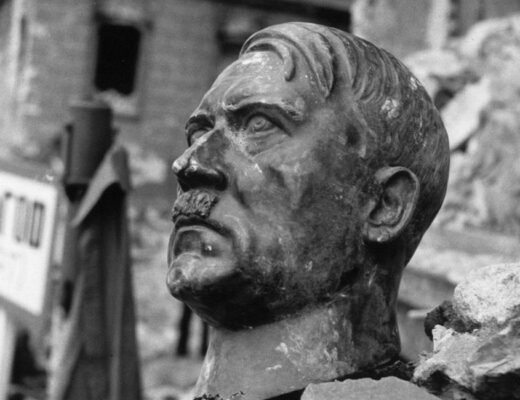 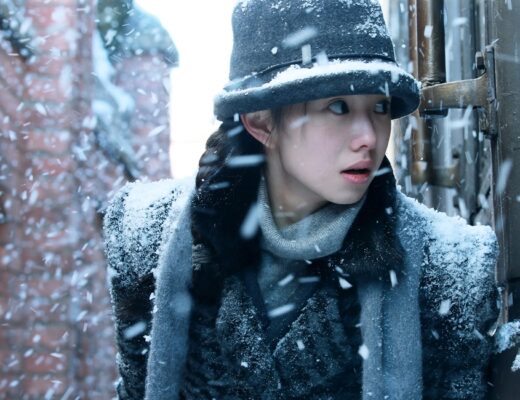 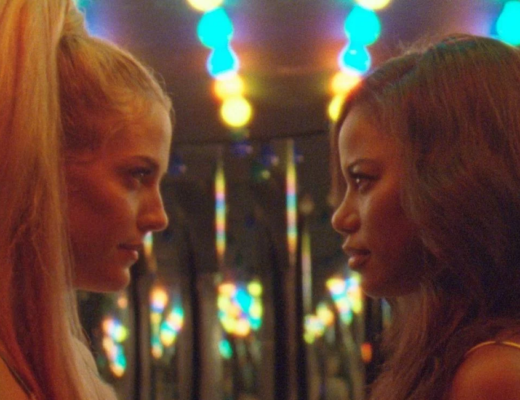 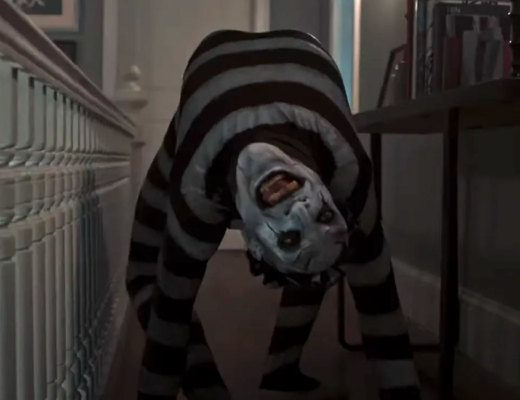