tick, tick…BOOM! fails to live up to its explosive title, unimaginatively relying on built-in Broadway love and the myth of its subject.

It’s only taken Lin-Manuel Miranda a few short years to transition from artist to brand, the ubiquity of his artistic contributions seemingly endless, his sleep schedule dubious. In 2021 alone, he’s seen his debut musical In the Heights adapted to film, served as composer on two animated releases — Vivo and the forthcoming Encanto — and now ventured into the directing game with the goofily-titled tick, tick…BOOM!, an adaptation of fellow Broadway hall-of-famer Jonathan Larson’s autobiographical musical. The work held plenty of cultural cache in the late ‘90s following Larson’s tragic death and Rent’s subsequent megalithic Broadway dominance, and it now felicitously arrives in the midst of the Rent’s 25th anniversary farewell tour. And so, it makes fair enough sense to hand the reins to the (cinematically) unproven Miranda, as the marriage between him and Larson is a particularly fitting one, stylistically certainly — both inclined to take the medium’s gauche leanings even further — but also something of a what-could-have-been implied in today’s seminal Broadway rock star adapting a B-side from one of the stage’s most notable early losses.

The first and most obvious challenge in adapting tick, tick, particularly for a newly-minted helmer, is its structure: originally a one-man show detailing Jonathan’s (Andrew Garfield) attempts to mount a dystopian rock musical — a logical POV for a boho theater type who just lived through Reagan-era America — the work was expanded after Larson’s death by Tony- and Pulitzer Prize-winning playwright David Auburn into a three-player production. Still, it presents something of a trap for a cinematic treatment, but Miranda commits to this structure for his framing: Jonathan, Roger (Joshua Henry), and Karessa (Vanessa Hudgens) open the film performing the titular production on stage, the musical numbers tipping us into the past where a harried Jonathan endeavors toward stardom, neglects his girlfriend Susan (Alexandra Shipp), alternately relies on and alienates his (former) roommate Michael (Robin de Jesús), and even workshops in front of Stephen Sondheim (Bradley Whitford). In other words, this is yet another navel-gazing work about the creative process and the sacrifices demanded by the pursuit of art. That’s not to say that such works hold no weight, but only to make clear precisely who the audience for this is: there’s no doubt that tick, tick…BOOM! is a meaningful text to Miranda and will offer plenty of glitzy appeal to Broadway stans, but it remains a demonstrably insular work for anyone not in the industry or otherwise automatically enraptured by art is hard narrativizing. Put more simply, the story on tap is about as generic as they come, spruced up only according to how much stock you place in its real-world mythos and glimmer of metatextuality.

Assuming you’re still on board and can set that qualifier aside, the question then remains of how to best adapt this work to film. Miranda opts for some light razzle-dazzle, which beyond being predictable, is essential: both the director and Broadway writ large frequently rely on the twinned, intentionally contradictory interests of theatricality and authenticity, mining emotion from artifice. Few are better suited toward this temperament than Miranda, and it’s not without its occasional appeal here. He short circuits the source material’s one-man show texture by capitalizing on its storytelling interludes, and ups the ante by submitting himself to a litany of directorial affectations: some work to support the film’s melodramatic texture — a few “home footage” instances, some fantasy musical sequences where bystanders of course join in, elaborate set pieces (which both enhance the film’s cinematic qualities and reflect its ersatz character) — while others are mere overkill — transposing giant faces atop sequences, inserting some (admittedly diegetic) ‘90s hip-hop music video aesthetics, and a particularly egregious moment where musical notes appear on the bottom of a swimming pool’s “staff lines.” The cinematography likewise seems to mirror Miranda’s perpetually caffeinated state: the camerawork is restless, always either panning through a scene or pushing in and out, building drama into even otherwise innocuous incident. And just in case the audience for tick, tick wasn’t clear from inception, the director litters his film with musical theater easter eggs, pulling in players from In the Heights, Hamilton, Rent, and Freestyle Love Supreme for both bit parts and cameos (several objectionably credited as “homeless bum”) and peppering the film with plenty of winking moments.

If any of this seems snarky, it’s only because the film is so fully predicated on an orgy of Broadway referentialism that it practically begs to be razzed, and will inevitably distance more casual musical fans. tick, tick…BOOM! also suffers from a similar fate of In the Heights — at least for the uninitiated — in that its musical character feels like a rough draft of the grander work to follow (Hamilton and Rent, respectively), and so a bit of its sonic oomph suffers at the hands of retrospect. Still, for all that, it’s an undeniably spirited work, obliterating the lingering narcotic effect cast over musical film by Dear Evan Hansen earlier this fall. Garfield, for his part, is in full kook mode, sliding between impassioned and obsessed, self-absorbed and remorseful, and his energy carries the film through, his dopiness and very actorly manner working better here than in more serious-minded fare. But most praise regarding tick, tick…BOOM! Is destined to be faint, the film offering little substance or imagination beneath its schmaltzy fan-service sheen. During one of the film’s several montages, depicting a period of artistic stagnation, Jonathan looks at a playbill lineup highlighting Cats and his face clouds with disappointment. Unbiased viewers will know the feeling. If Miranda wants some tips, Tom Hooper’s Cats is streaming on Hulu, Amazon, or HBO Max.

You can currently catch Lin-Manuel Miranda’s tick, tick…BOOM! in theaters or streaming on Netflix beginning on November 19. 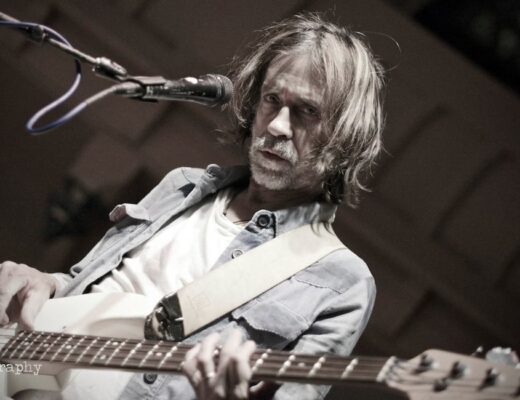 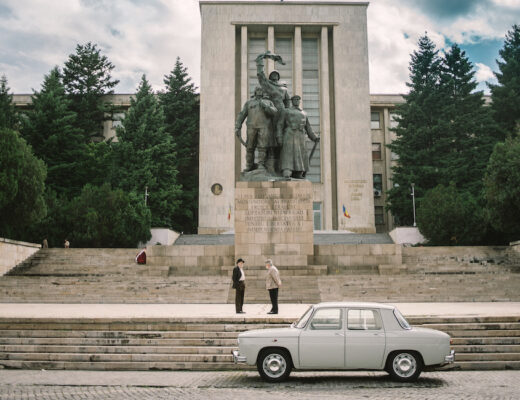