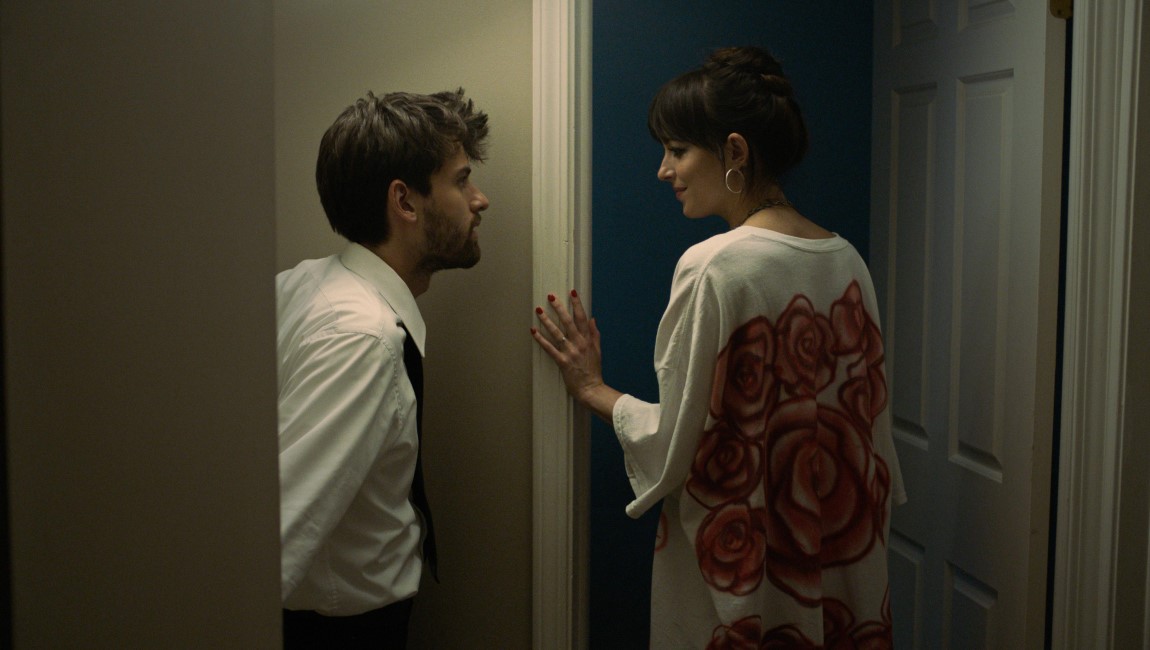 Cha Cha Real Smooth aims to hit viewers squarely in the feels, and even if will be too nicecore for some, Raiff’s brand of earnestness succeeds more than it fails.

With only two features under his belt, 24-year-old writer/director/leading man/wunderkind Cooper Raiff has already developed an idiosyncratic style that can most accurately be characterized as “deeply uncool.” Where fellow filmmakers of his age tend to traffic in hyper-stylized edge and empty provocation, Raiff is unafraid to wear his heart on his sleeve, a bracing vulnerability and emotional earnestness pervading his work to a degree that would be cloying if it wasn’t executed with such genuineness. His debut, Shithouse, followed a college freshman navigating the perilous pitfalls of first-time independence, and so it makes a certain amount of sense that his follow-up, Cha Cha Real Smooth, would chronicle the next logical life disruption: post-graduation adulthood. Here we follow genial fuck-up Andrew (Raiff), desperately trying to figure out the next chapter of his life after moving back home with his mom (Leslie Mann), stepdad (Brad Garrett), and 13-year-old brother David (Evan Assante), getting a nothing job at a local mall food court, and wiling away his days hanging out with old high school friends. Things take a turn, however, when Andrew accompanies David to a random bar mitzvah, where he discovers a hidden talent as a party starter — i.e., he’s gifted at getting tweens to stop being awkward and dance together. It’s here that he meets Domino (Dakota Johnson), a loving mom to autistic daughter Lola (Vanessa Burghardt), and he forms an instant kinship with both of them.

Much of Cha Cha Real Smooth plays on the sexual tension between Andrew and Domino, a classic will-they-or-won’t-they suffused with all the usual hurdles but here grounded in a way that plays more realistic than the norm. Aside from the obvious age difference, Domino has a fiancé (Raul Castillo) who is shockingly not presented as a two-dimensional jerk but an understandably suspicious individual who can provide for both Domino and Lola and create the stability she so desperately craves. There is also the matter of Lola herself, of whom Andrew cares for deeply, going so far as to take on the role of caretaker when Domino needs a night off. Those familiar beats bleed over into the film’s thematic character as well, and Cha Cha Real Smooth doesn’t go anywhere surprising, with Andrew’s experiences inspiring the kind of personal growth that allows him to take the next cautious step in his future while better appreciating the life he has now. Indeed, there’s little actual wisdom to be found in a moral that basically amounts to, “Everyone, no matter their age, is just doing their best to figure out life as they go.” But there’s also a sincerity to Cha Cha Real Smooth that makes the messaging go down easy, completely devoid of the calculated cynicism found in such similarly themed indie films as Garden State and Tiny Furniture — if this earnestness is a product of Raiff’s age, which seems likely, it’s to the film’s benefit.

It also helps that Raiff is a talented writer and filmmaker whose work is marked by a specificity that somewhat paradoxically asserts a certain universality. It’s in the small moments that the movie works best, whether it be a post-sex conversation with a former classmate (Odeya Rush) who bluntly states her rationale for their sexual tryst, or a job interview where Andrew admits to lying about his father having ALS in order to gain sympathy. And while it would be easy to mock the bluntness of the film’s big emotional beats — “We will always have our memories” is a line actually uttered at one point and pitched for maximum poignancy — Raiff’s enthusiasm brings an infectious quality to the film, in the process getting nuanced, arguably career-best work from Mann and Garrett in limited screen time and channeling Johnson’s distinct energies into one of her most relatable, least cipher-like roles. It’s also worth commending the film for its treatment of mental health, which is handled with a maturity missing from the works of filmmakers twice Raiff’s age, and its portrayal of neurodivergence, which is as thoughtful as anything to grace the screen in ages (admittedly a low bar, but still).

Cha Cha Real Smooth suffers from the same glaring problem as Shithouse in that Raiff doesn’t seem to know how or when to end a film, and its formal qualities are also less adventurous than they were in that debut feature, constructed of a bunch tight close-ups and jittery handheld camerawork that do most of the heavy lifting. But even that feels strangely appropriate for a film as good-natured as this one, which simply aims to hit you squarely in the feels,  and in that regard succeeds more than it fails. Cha Cha Real Smooth may be too easily characterized as nicecore for some viewers, and it’s tough to say how sustaining Raiff’s vibe will prove in the long term, but in this moment, the tenor of his films is refreshing, cementing Raiff’s status as a filmmaker worth watching for those inclined to ride his particular wave of amiable earnestness.

You can catch Cooper Raiff’s Cha Cha Real Smooth in theaters or streaming on Apple TV+ beginning on June 17. 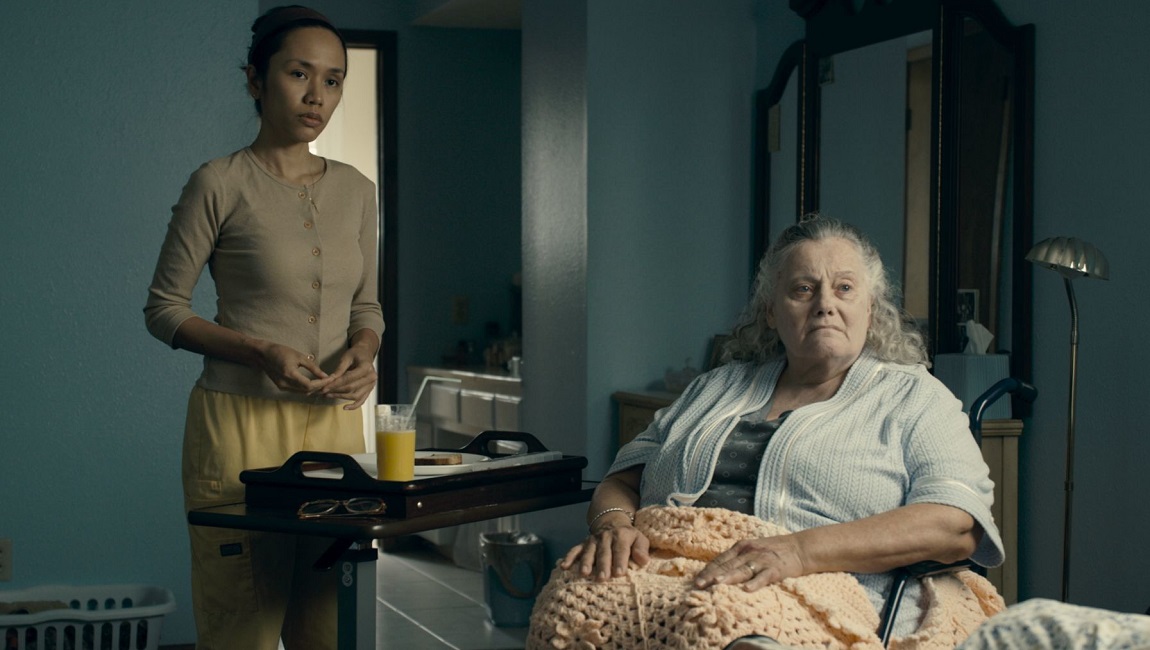 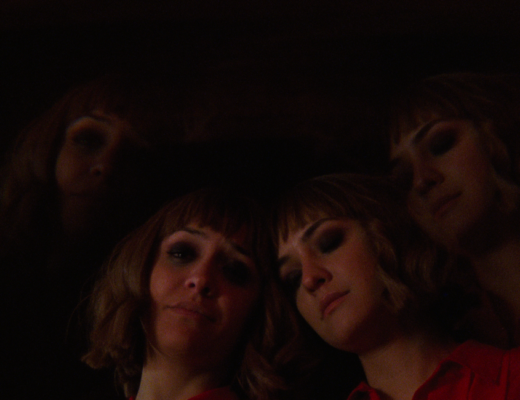