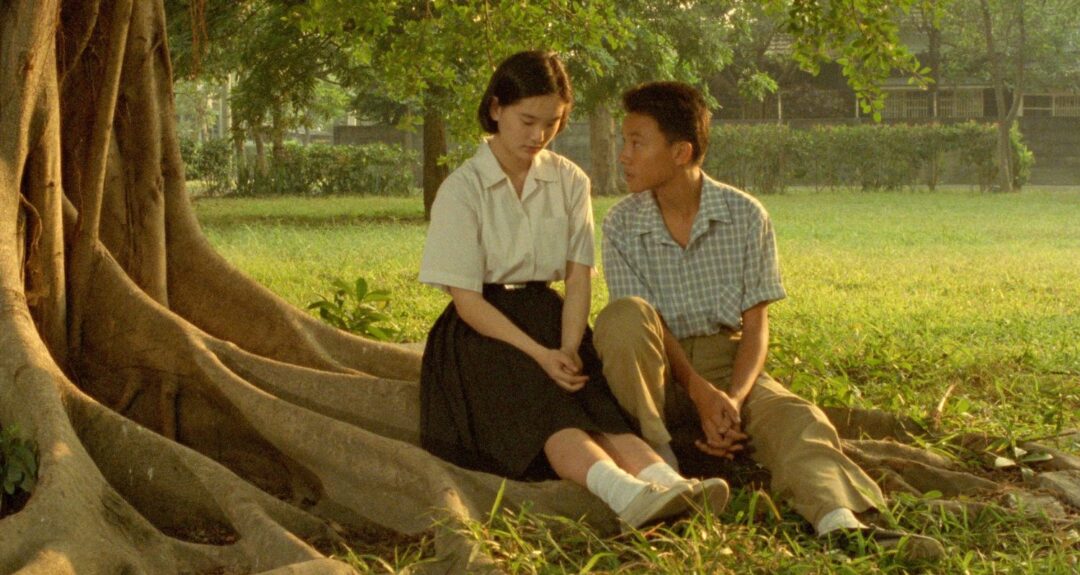 Edward Yang has often been lumped in with the “slow cinema” of his Taiwanese compatriot, Hou Hsiao-hsien. And it’s true that Yang’s 2000 film, Yi Yi, moves quite slowly, basking in wide shots and long takes, and impressing upon the viewer a deliberate, contemplative tempo. But that film represents a logical maturation of the relatively livelier A Brighter Summer Day, Yang’s 1991 magnum opus. This four-hour film revolves around the misadventures that lead to the first juvenile homicide in the early years of the Chinese Nationalist party’s occupation of Taiwan. It’s a story no doubt close to Yang — who is himself a Shanghai transplant who grew up in Taiwan, where a considerable military presence informed a need for an identifiable, separate youth culture. Yang relates this turbulence through a tabula rasa protagonist, a contradictory individual who, as he gets swept up in gang life and false-start romance, provides a healthy reinterpretation of the personal as political.

The narrative itself here is a bit daunting thanks to a multitude of supporting characters, all with different levels of gang allegiances and varying degrees of personal affection for the protagonist, Xiao Si’r (played by an already promising Chang Chen, his first acting role). Si’r’s fascination with the movie studio next to his disciplinary night school begins his path to a perceived delinquency; his stealing of a flashlight from an irate is an adolescent power-play. Each member of Si’r’s gang takes an English word as their pseudonym: The tiny, crooning “Cat” (Wong Chi Zan) considers himself a disciple of Elvis, warbling his soul into a mic for a local rock band; “Sly” (Hongyu Chen) often picks fights and cheats off Si’r, earning them both a long list of demerits; and “Honey” (Hongming Lin) is the gang’s foreboding boss. Honey is also the boyfriend of Ming (Lisa Yang), essentially Si’r’s muse, and the object of his obsession. As Si’r’s father continues to perform shady deals in order to provide a healthier future for his children, Si’r’s questionable actions place the youth deeper within the cult of gang activity, often to ends of jealousy and petty aggression.

The gang-running narrative of A Brighter Summer Day is eventually discarded — when stronger, political activity starts to affect Si’r’s street-hardened mentality. Ming is, for all intents and purposes, bought by the family of “Ma” (Zhigang Tan), the son of a powerful military figure who struts about town with an air of “Do you know who I am?” Si’r, whose psychological possession of Ming has been one-upped by this monetary ownership, performs a tango of violently threatening, and then backing away from, Ma; his conflicting wants reveal themselves in Si’r’s last violent meeting with Ming, who by now has formed a personality for herself and is unwilling to relinquish her newfound independence. In his own detached way, Yang presents this particular story as indicative of the larger struggle of a culture whose past is marked by wars and violent political conflicts — and whose future is unsettling for its lack of any clear direction. Most of the actions in A Brighter Summer Day do not have a translatable moral language, yet Yang is able to present their complications without finger-wagging, and still maintain righteous emotional fervor.

In his own detached way, Yang presents this particular story as indicative of the larger struggle of a culture whose past is marked by wars and violent political conflicts — and whose future is unsettling for its lack of any clear direction.

The anger in Yang’s film is omnipresent, but recognizing a clear source of that indignation is difficult, in part because of an uncertainty as to the true cause of the heinous actions. A similar effect can be located in contemporary cinema’s school-shooting narratives, like Gus Van Sant’s Elephant and Lynne Ramsey’s We Need to Talk About Kevin. The same sort of morality presents itself—that evil is often a manifestation of complicated cultural stigmas and its personified benefactors. Yang is also smart enough to know when to rely upon visual metaphors rather than make explicit overtures of intent: Si’r’s stolen flashlight mirrors the first shot of the film, a lone light bulb in the darkness, a visual reminder of isolation and the anxiety behind a one’s struggle for attaining a sense of personal security. The meaning of that symbol is complicated later on, as Si’r uses the flashlight to comfort himself in a small, secluded space; and again, during one of the gang raids, when the light briefly shines on one member’s sword as it comes into contact with flesh — an act of political retribution. The flashlight bulb returns, yet again, toward the end of A Brighter Summer Day, illuminating a meeting between Si’r’s father and a Joseph McCarthy-like personality, who demands the names of probable Communist colleagues. Here, a father and son are thematically brought together by the recurring imagery of the light; later, a pair of scenes likewise show the bond between these characters as they walk home together, navigating a divide between disappointment and understanding.

The overarching cultural mandates surrounding the large cast of characters in A Brighter Summer Day serve to articulate the gap between the environment’s hardened Taiwanese nationalism and their own youthful, Western-influenced sense of rebellion. One of the teachers at Si’r’s school expresses satisfaction for the Chinese character system while railing against complicated English letters; by contrast, the youths gravitate toward Elvis posters, rock concerts, and English nicknames. Fitting, then, that one family’s radio provides only Western pop music and a rote reading of names of the students whose grades have guaranteed them access to class mobility. This cultural division is even played for humor at times: Before a formal rock concert can begin at a night school, a crowd at attention must first recite the national anthem — a tradition that Honey, who serves as a political catalyst, casually ignores. Indeed, Honey’s powerful, often disembodied presence offers a precursor to another film’s phantom body politic: The character of Irimias, whose actions in Bela Tarr’s Sátántangó set into motion a great societal collapse. Honey’s given much less screen-time than Irimias, but his often confused idealism still makes an impression — and it begs comparison to Si’r’s later actions, which register as distinguishable from Tarr’s nihilism, but register the same sense of foreboding.

Yang’s camera proves to be the antithesis to the unfolding melodrama surrounding his political narrative. The director’s technique communicates a distance from his characters, shooting various scenes from behind doors and nearby hallways — sometimes with only the aforementioned flashlight as a light source. Such detachment allows the space between the actors to tell the story for us, manifesting an uncertainty through shot-choice and editing that mirrors the internal narrative of the youths in the film. A Brighter Summer Day ends after a rendition of the recurrently used Elvis song, “Are You Lonesome Tonight,”; Si’r’s mother, holding her son’s uniform close, listens to the names of successful graduating youths through the radio’s fuzzy transmission. There’s certainly a sense of defiant anger in Yang’s masterpiece, but there’s also a wounded sense of solidarity extended to the youths of the past and present, left to build their own future. 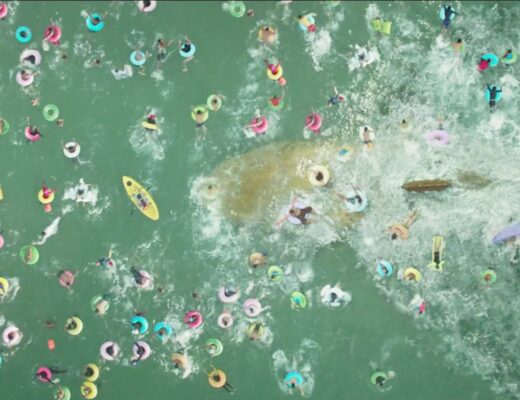 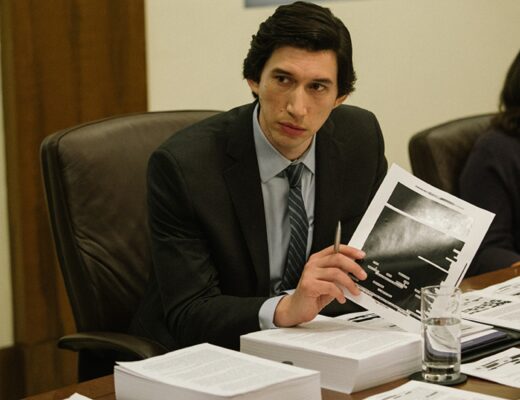 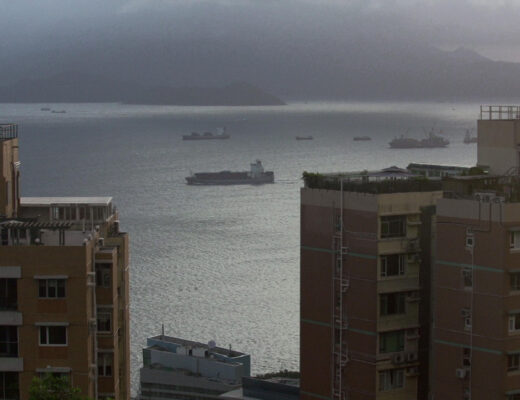