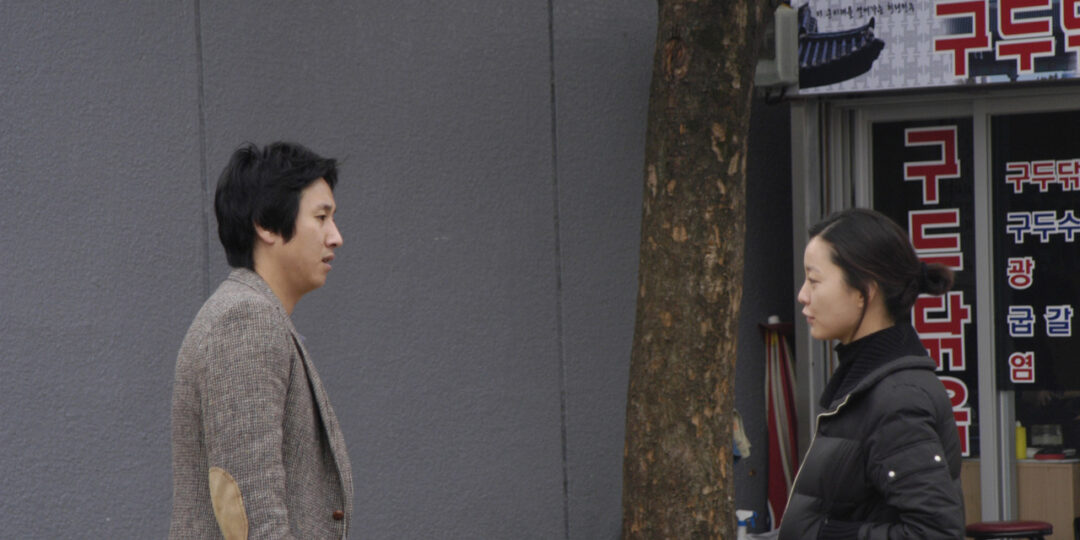 Lengthy runtimes have never been totally essential to Hong Sang-soo’s work, but there is a certain quality intrinsic to his approach — how he crafts long, languid scenes that accrue an emotional and comedic power through duration — that seems to benefit from the feature-length form. So, it is instructive to view Hong’s two shorts (discounting the delightful but less-than-two-minute 50:50, made for the Venice 70 – Future Reloaded omnibus — which InRO has not included in its retrospective) as extensions and almost exaggerations of Hong’s feature films. The director’s first short, 2009’s Lost in the Mountains, stars three of his regulars (Jung Yu-mi, Moon Sung-keun, and Lee Sun-kyun), along with Kim Jin-kyoung (in her only Hong film). It follows a love quadrangle initiated when aspiring writer Misook (Jung) visits her friend, Jinyoung (Kim), in Jeonju — the city where she attended university, and where she was involved in relationships with two men, the married professor Mr. Jeon (Moon) and his disciple/imitator, Myungwoo (Lee). Naturally, both former paramours resurface, and Misook’s past ties, along with Jinyoung’s ongoing relationship with Jeon, cause a rift between the pair. To fit all this plot into a short, Hong necessarily employs a hyper-focus, which makes Lost in the Mountains just a very compressed version of his typical 90-minute features. Correspondingly, although it doesn’t approach the cruelty found in some of Hong’s early features, there’s a definite intensity here, perhaps purely by dint of emotional outbursts that arrive in rapid succession. Hong’s hallmarks are still here (if in shorter form), but what’s unique about Lost in the Mountains is the sense that nearly every line is barbed or bitter in some way. The most pleasurable part of the film, though, is seeing how Hong pares-down and distills his approach to its fundamental elements. 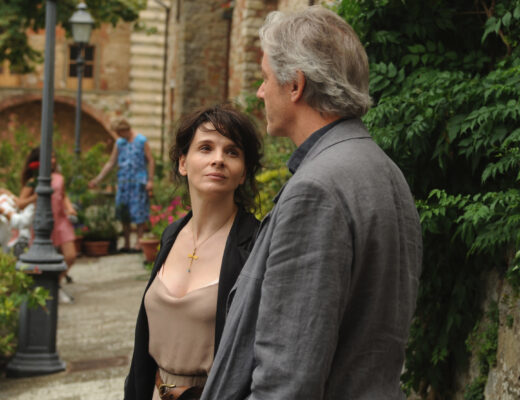 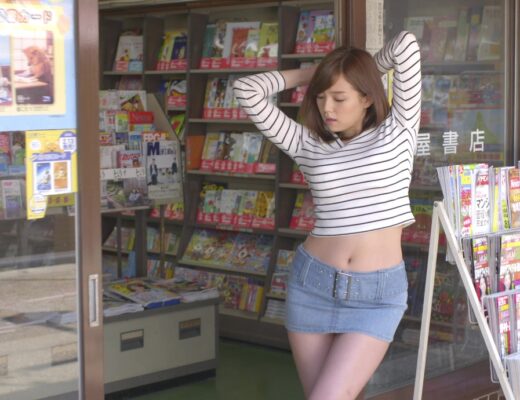 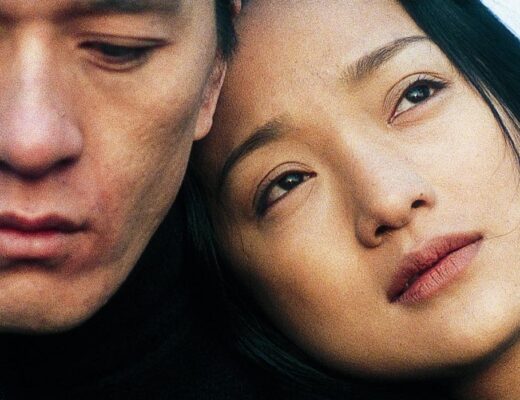