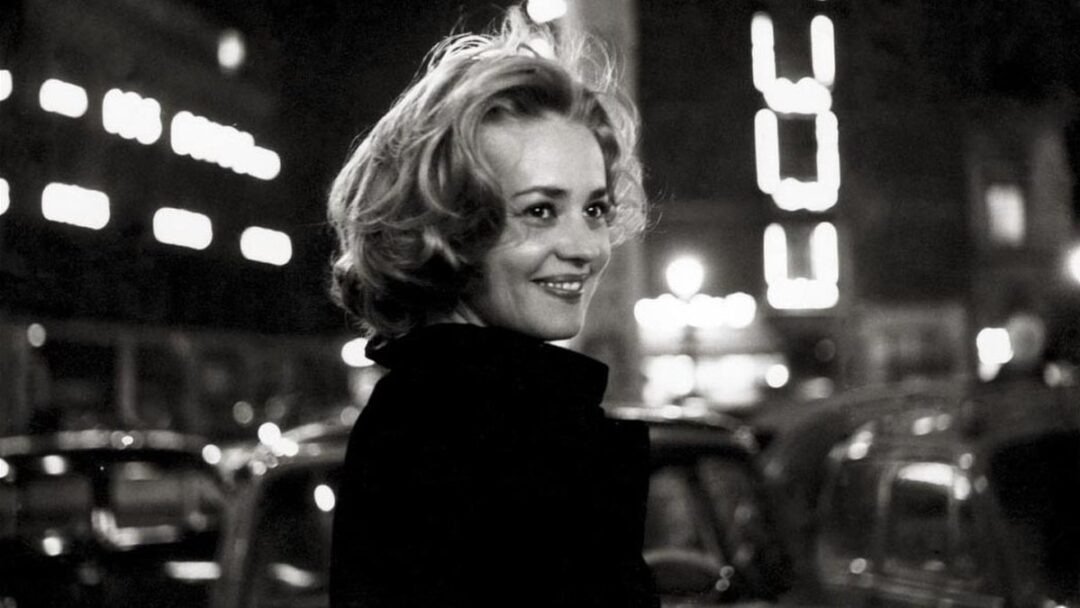 Haunting, melancholy, and achingly cool, Louis Malle’s 1958 debut Elevator to the Gallows (Ascenseur pour L’échafaud) laid the cinematic foundations for motifs and aesthetics that are now shorthand for French New Wave. This tautly paced noir thriller, which takes place over the course of a long, nightmarish night and morning in and around Paris, weaves together murder and mistaken identity to elevate a relatively straightfoward plot into high melodrama. Ex-French Foreign Legion paratrooper Julien Tavernier (Maurice Ronet) and his mistress Florence Carala (a luminous Jeanne Moreau) connive to dispatch her husband, a high-rolling military contractor who happens to be Julien’s boss. It was never going to be the perfect crime, even if ill timing and worse luck hadn’t contrived to trap Julien in his office elevator after carrying out the deed. It’s an absurd turn of events, played with utmost gravitas by all involved. Unlike the train-in-tunnel symbolism of other films of the era, this elevator is exactly what it claims to be.

As Julien resigns himself to his fate and cigarette butts multiply at his feet, we’re introduced to baby-faced crook Louis (Georges Poujouly) and his girlfriend Veronique (Yori Bertin). If the young couple’s reckless naïveté and lackadaisical morals seem familiar, it’s because they’re practically blueprints for Jean Seburg and Jean-Paul Belmondo’s indelible turn in Breathless. But under Malle’s direction, narrative still matters: in the end, everyone gets what they deserve. Julien is presented as something of a war hero, with enough notoriety and mystique that even Veronique, a teenage flower-shop attendant, is awed by his record. Allusions to France’s interventions in Vietnam and Algeria abound; at one point, Louis coolly retorts to a middle-aged interlocutor, “My generation has other things on its mind: four years of Occupation, Indochina, Algeria.” This contextualizing is helpful but unnecessary; Louis and Veronique seem less disillusioned than merely bored, and neither Florence nor Tavernier express remorse about the Carala Company’s military profiteering.

Elevator to the Gallows might best be remembered as something like a prism, collecting and refracting a set of conditions that would reach their dazzling potential just a few short years later.

Nor should we expect them to. As Florence makes abundantly clear in the opening scene, this is a film about love, not war. While the other three characters find themselves in either dumb stasis or frantic motion, Florence, wandering despondently through Paris in search of Julien, is somewhere in between. Undeterred by pouring rain and repeated denials from waiters and bartenders, she at times seems to be starring in a different movie. Malle did the unthinkable with Moreau during this nighttime sequence, and lit her almost exclusively with the dim and blinking neon lights of passing cafes and storefronts. This, along with the rain, turns her older and more haggard as the night wears on. We watch as her helpless despair becomes ever more palpable.

Against this backdrop of fatal misunderstanding and forbidden love snakes Louis Armstrong’s superb soundtrack. Like the film’s characters, Armstrong and his band improvised their moves over the course of a single night, and the results are uncanny. Never has loneliness sounded so sacred, so beholden to a higher power. Armstrong’s trumpet unfurls through the darkness like photos in a developing tray, slowly revealing emotions and desires that were hidden in plain sight all along. At the tender age of twenty four, Malle created a version of Paris that was world-weary and wicked, restless and resigned. Armstrong’s Paris is, like the best and most sincere forms of art, a testament unto itself. It is a fitting soundtrack to a movie that could only have been made in 1958, when the entire world was on a precipice. Elevator to the Gallows might best be remembered as something like a prism, collecting and refracting a set of conditions that would reach their dazzling potential just a few short years later. 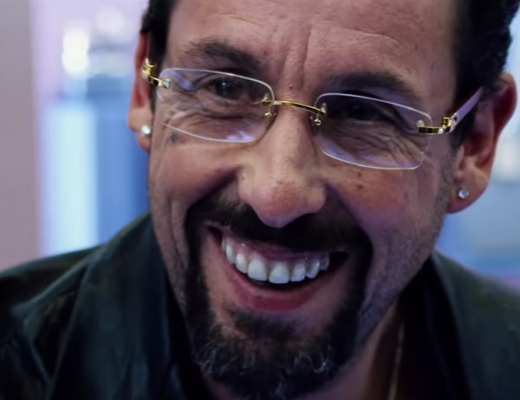 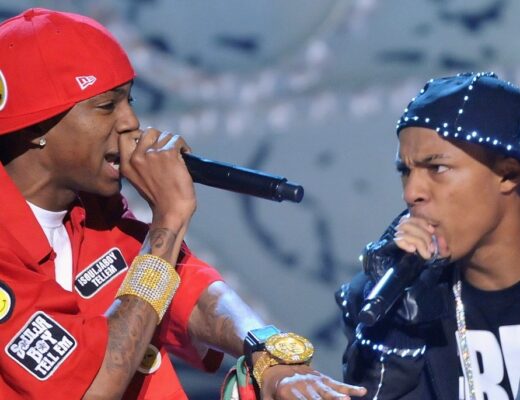 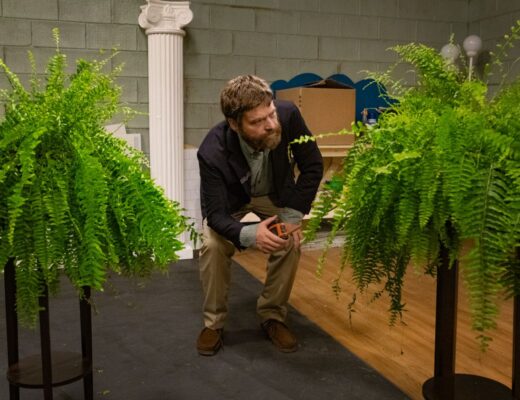