At least for awhile, the new essay film by the pushing-90 French auteur Jean-Luc Godard plays like a liberally abridged version of his magnum opus, Histoire(s) du cinéma. The Image Book, too, combines film clips ripped from JLG’s memory via his archives or whatever digital reserves he had handy with his own croaked, doom-laden voiceover, delivering statements both general (“War is here”; “I prefer the poor because they are the defeated”) and seemingly personal (“They are not men of their word…they told me I was everything…it was a lie.”). Having buried language in 2014 with another home-cooked experiment (Goodbye to Language), Godard here dissects and laments “the image” and its failure to slow humanity’s death drive. The 2014 film’s 3D whimsy and its diversions involving Godard’s dog (who does make a split-second cameo here) are supplanted in The Image Book by the considerably less “fun” atrocity footage (ISIS home videos, etc.), which Godard splices with film-historical clips to make a point about cinema’s impotence, or possibly its complicity.

For cinephiles, there is fleeting pleasure in I.D.-ing footage sources (Ivan the Terrible, Kiss Me Deadly, Salo, L’Atalante, Johnny Guitar, Freaks, La Strada, Elephant…Jacques Tourneur’s underrated Berlin Express, which was shot in a bombed-out postwar Germany), but Godard isn’t particularly interested in pleasing, a point emphasized by his degradation of the imagery herein via hyper-saturation, digital obfuscation, display ratio shifts, bleaching, and whatever other means his software provided. He divides his film into parts (part 1 is called “Remakes” — meant to invoke both modern Hollywood and warmongers’ attempts to remake societies with bombing and bloodshed), and almost the full final third is devoted to “joyful Arabia,” in Godard’s view a region still misunderstood and abused by the West because “the world is not interested in Arabs — Muslims either.” It is very possibly my own failing in this regard that I found this section the least compelling, with its dwelling on a hypothetical pan-Arabic ruler and real, recent “terrorist” footage (“Throwing bombs seems normal to me,” intones JLG). But no even casual clocker of Godard’s career or cinematic contributions could fail to be touched or disturbed when his raspy voiceover becomes an actual phlegmy hacking cough, segueing into a final image from Max Ophuls’s Le Plaisir of a dandy spinning and collapsing on a dancefloor — the end of an epoch. 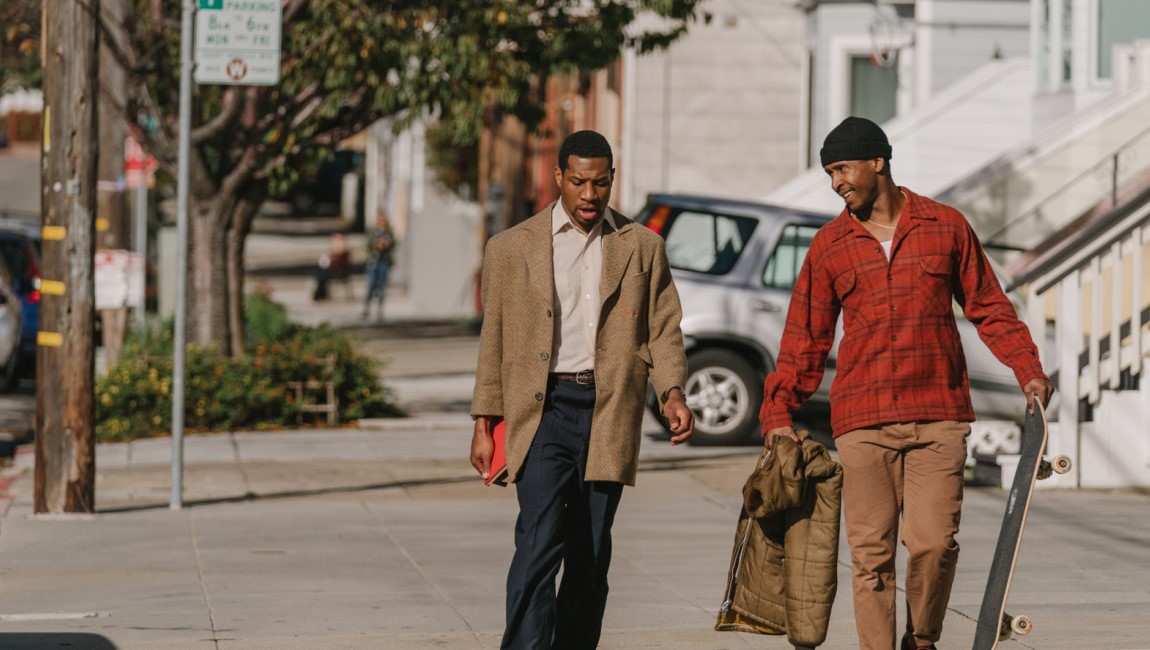