The 69th Berlinale ran from February 7 – 17. Our own Joe Biglin was there, and is continuing to file dispatches from the fest (delayed due to a crapped-out computer). This second dispatch (here’s the first) includes an insta-polarizing serial killer film from Fatih Akin (The Golden Glove), a satire about evil men (God Exists, Her Name is Petrunya), and a feature-length troll from rising avant-star Angela Schanelec (I Was at Home, But). 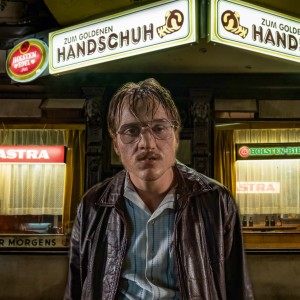 Nearly everything and everybody is disgusting in Fatih Akin’s The Golden Glove. That is, besides an attractive blonde high schooler whom serial killer/rapist Fritz Honka (Jonas Dassler) lusts after. In a typical slasher film, this girl would represent our POV, with Fritz being some terrifying enigma — one we might hate, but also be magnetically drawn to, as he drives the plot with some terrifying, weirdly sexy brand of swagger. But Akin’s adaptation of Heinz Strunk’s 2016 novel is decidedly a deconstruction of our half-hearted and quintessentially American expectation to identify with killers. From the gratuitous sound design of the opening kill, there’s hardly a single appealing frame for Honka, who’s portrayed by Dassler as an openly celebratory racist/misogynist/nationalist living in the wake of Germany’s post-war economic boom. Honka is one of many colorful, uneducated, alcoholic characters who frequent the red-light district watering hole “Zum Goldene Handshuh” (for reference: another regular is a proud former Nazi). Akin presents his film as an over-the-top gross-out parade (just try to count the number of cold sores) and it would be fair to say that there’s a certain mean-spirited quality to the filmmaker’s depiction of ugliness — at least, at first glance. Check those expectations at the door, though: the scenarios of The Golden Glove veer off-course quickly, in a way reminiscent of the treatment of Matt Dillon’s short-sighted serial killer in Lars von Trier’s The House That Jack Built. Akin’s script puts far less emphasis on the act of murder (though there is plenty of that) than on the sad mundanity of addiction and the social lives of those who live with it. 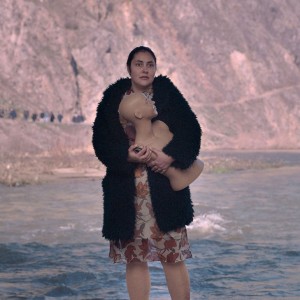 God Exists, Her Name is Petrunya operates as a harsh critique of a deeply misogynist world. Teona Strugar Mitrevska‘s understated Macedonian satire — often more brutal than humorous — is made up of cleverly crafted scenarios which demonstrate personally-mediated, internalized, and systemic abuses of women. Petrunya herself (Zorica Nusheva) recalls another exploited character from a different political satire: Laura Dern’s titular character from 1996’s Citizen Ruth. Both women have simple objectives that leave them wedged between warring factions. Petrunya only wishes for vindication, but when she impulsively enters, and surprisingly wins, a local diving contest hosted by her church, everyone loses their shit: The male divers feel emasculated and Petrunya is detained by police for interrogation. “Am I under arrest?” she continually asks. “You broke the rules” respond the chief of police, the archbishop, and various other men. Petrunya, an unemployed 32 year-old with a degree in history (deemed “useless”), has no supporters: not her mother, who cruelly beats her for her winning dive; not female journalist Slavica (Labina Mitevska), who only seeks to milk the ruckus around Petrunya for sensationalism; and not even herself, who she views as fat, ugly, and unworthy of love. But Petrunya does do herself one service: She refuses demands to return the crucifix that she won from the diving competition, instead sticking up for her morals and repelling cowardice. Whether it’s that this trophy brings her luck, or that Petrunya (unlike everyone else in her life) has a strong internal sense of justice, this refusal serves to push-back against bigoted impunity, against men who feel entitled to claim things that aren’t theirs. The film opens with Petruyna at a job interview, whereupon she denies a manager sex, and he in turn says she’s “too ugly for him to fuck” and that he “never wanted to, anyway.” Mitrevsta’s film is infuriating, if also perfectly appropriate, in its view of our time — in its understanding that people can be shown indexical proof of their abuse and still choose to deny it, instead gaslighting their victims and bending the rules to suit their own whims and wills. 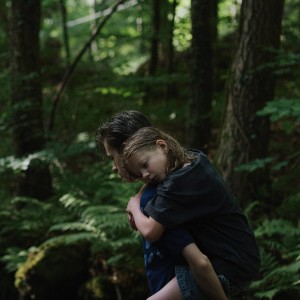 “Sometimes I think I’m going mad” Astrid (Maren Eggert) declares at the midway point of Angela Schanelec’s I Was at Home, But, and the sentiment pretty much sums-up what the whole theater — whoever still remains within it — will probably be feeling by this point. Schanelec takes the most derivative qualities of the experimental arthouse film and distills them into a decidedly bitter series of unrelated sketches, most nearly wordless for the first half. The opening vignette of the film involves strikingly lit compositions of animals; the next, the droll aftermath of a lost son returning home to his mother; then that mother’s drama purchasing a faulty bike from a man with a tracheal stoma whose words are unintelligibly delivered through an electronic speaking gadget. There’s a fellow art student who desperately tries to maintain a failing relationship… and then there’s a class of elementary students practicing Hamlet as if Yorgos Lanthimos were directing them, but even more stilled and lifeless than that. There’s ultra-wide compositions, characters staring off-screen, infuriatingly extended pauses between words, and, uh, a few more surprises that will induce anxious fidgeting, multiple watch checks, or ripping one’s hair out. At the midway point, the incongruous appearance of a David Bowie song brings much needed levity, and the director uses an in-scene conversation to extoll the message of what exactly we’ve been forced through. The rest remains a madcap puzzle, but one thesis is clear: once a viewer “gets” a film’s logic, however meaningless and arbitrary, they can begin to laugh and settle in. 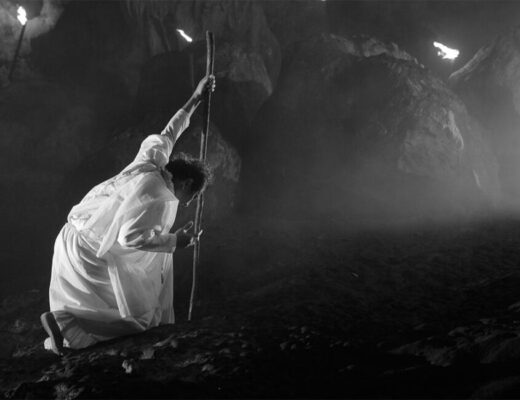 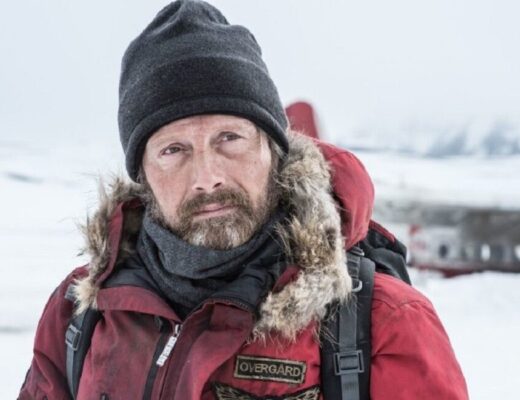 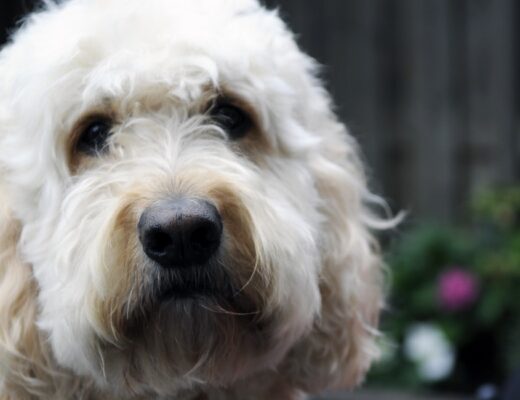 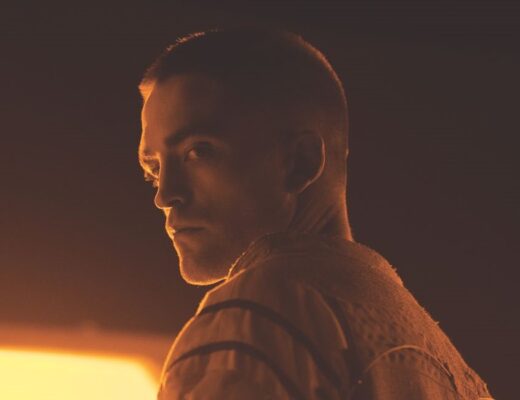 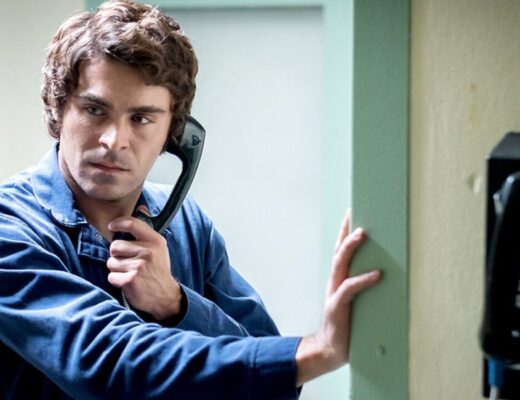 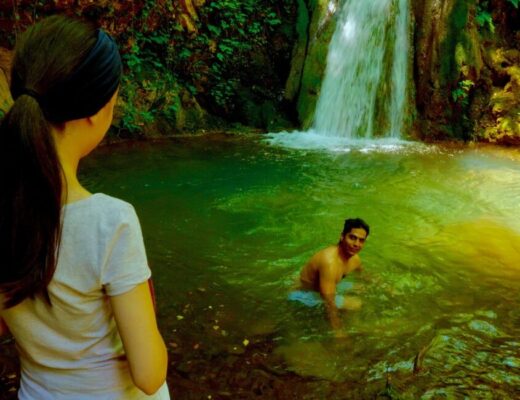