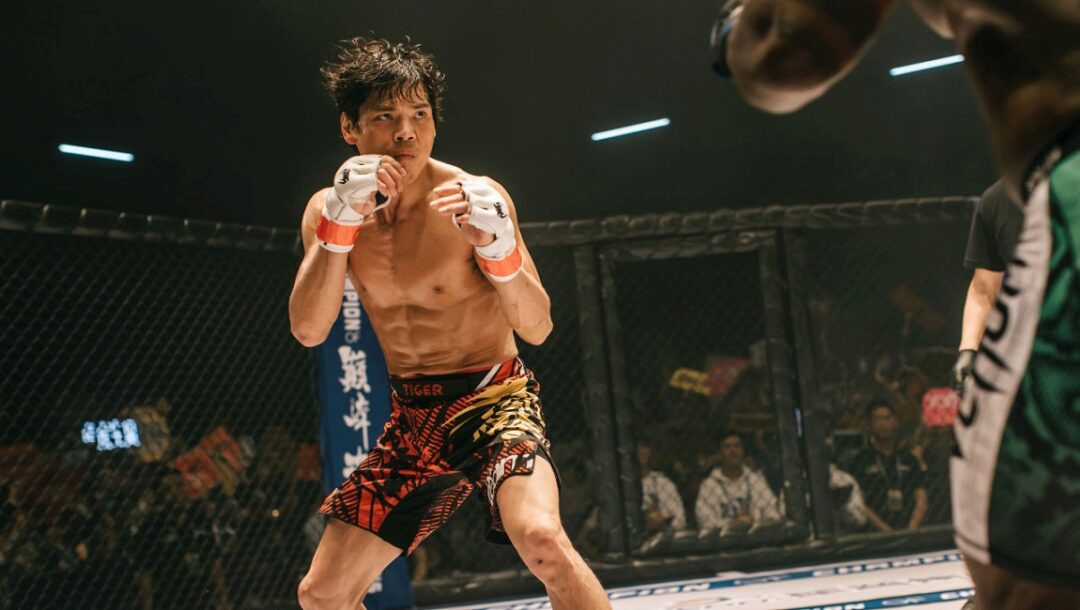 But what the film lacks in sophistication it makes up for with sheer exuberance, nonetheless tempered by a certain respect for those that have come before. Throw Down was dedicated to Akira Kurosawa (“the greatest filmmaker”), and Chasing Dream is likewise cognizant of the debt that one owes to one’s forebears and their respective legacies: Cuckoo’s main antagonist is a scheming ex-boyfriend who plagiarized her work on the way to popular success, while Tiger, though faced with the prospect of permanent injury, returns to the MMA ring to avenge his former boxing master. Lit by an array of swinging light bulbs, Tiger’s pre-climax training scene, which gives literal expression to the term shadowboxing, is undoubtedly Chasing Dream’s most visually dazzling sequence. But it also crystallizes the film’s abiding ethos: Watching him move about the remnants of his former life, one gets the sense that there is perhaps no such thing as a “former” teacher, that in boxing or cinema or otherwise, no matter how far one goes in chasing a dream, one cannot escape the shadows of the old masters. Lawrence Garcia 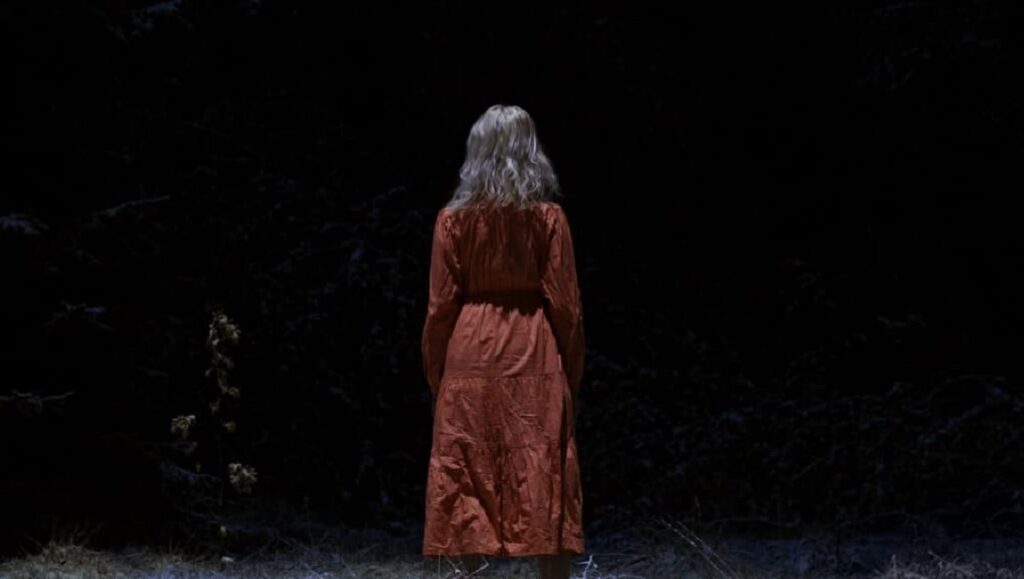 There’s a saying which roughly states that the beginning of a story represents endless possibilities, while the rest of the narrative represents the closing off of those possibilities. It’s a sentiment that is immediately recalled while watching Michael Venus‘ Sleep, a film that begins with a seemingly endless saturation of intriguing questions and then spends most of its running time answering them in the most generic ways possible. Marlene (the great Sandra Huller) is a flight attendant who suffers from violent nightmares, bombarded by cryptic images that, upon waking, she sketches in overflowing notebooks. She’s convinced that these are images of a real place, and that the mysterious faces she sees are actual people. Her daughter Mona (Gro Swantje Kohlhof) is skeptical, more concerned about getting her mother to a doctor than indulging her fantasies. Under the guise of a work trip, Marlene sneaks off to a small town and quickly has a psychotic breakdown, leaving her in a catatonic state. The hospital contacts Mona as her next of kin, and when she arrives she begins recognizing certain buildings from her mother’s furiously scribbled drawings. So begins the mystery, as our intrepid heroine investigates the town and, much to her consternation, finds herself having vivid nightmares and increasingly erratic hallucinations. Venus gets to have it both ways here, filming Mona’s waking hours with a casual realism, all natural light and clean, symmetrical frames, while using the dream sequences to indulge weird, often creepy expressionistic flourishes. It’s uncanny in the literal sense of the word, and appealingly inexplicable, a litany of jump scares and contorted faces bursting forth from the shadows.

Once Mona meets hotel owner Otto (August Schmolzer) and his brittle wife Lore (Marion Kracht), the plot thickens: Otto is a little too accommodating, a gregarious town elder who is happy to show Mona around and regale her with tales of the town’s tragic past and glorious future. To reveal more of the specific plot machinations would be a disservice to the viewer, but it’s unfortunate that Venus so rapidly diffuses the considerable sense of dread that permeates the early parts of the film, instead opting for a pat (albeit supernatural) explanation for everything. Most frustratingly, Venus is very careful to always delineate between dreams and waking life, a miscalculation which robs the film of any sense of danger. In other words, Sleep could stand to be a little more Lost Highway and a little less Inception, with all its audience hand-holding. Sleep begins as a psychological thriller, only lightly suggesting horror through the developed sense of menace, before going all in on ghosts, witchcraft, and its recycled ‘sins of the past’ garble. What it amounts to is a collective reckoning of the historical trauma of Germany, a noble enough agenda but one elsewhere explored more successfully in countless other films. Still, Sleep manages to succeed to a certain degree as a low-key exercise in creep fest tone-building, even if the final destination ultimately leaves plenty to be desired. Daniel Gorman

Van Aart builds The Columnist around a fairly simplistic, but still brutally effective, premise; the film is careful to tread the line between broadly satirical and a more sobering tone. Even when severed fingers, shotgun blasts, and slashed necks resulting from Femke’s one-woman crusade of extreme comment moderation take center stage, there’s a desire for catharsis — especially for any woman who has suffered victimization from cyberbullying, particularly the variety practiced by the rogue’s gallery of cowardly incels who receive their richly deserved just desserts in this film. Christopher Bourne 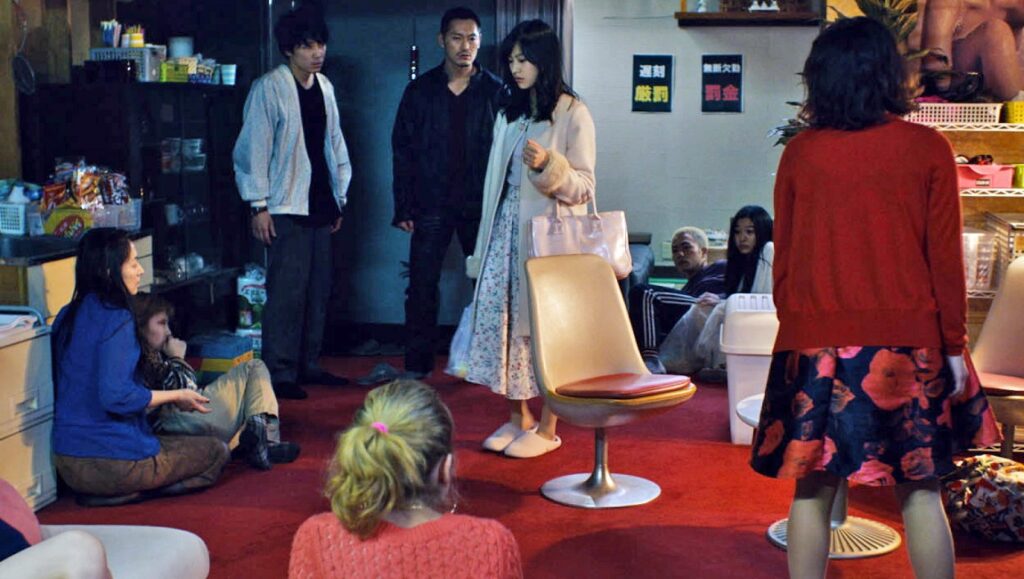 The depiction of sex work in cinema usually does one of a couple things: bears down on the eroticizing, titillating aspects, indulges in moralistic hand-wringing, or employs some combination of the two. To its credit, Life: Untitled, Kana Yamada‘s debut feature, adapted from her own stage play, manages to avoid both of those stylistic paths by focusing much more on character examinations and their psychological states as they navigate their feelings about the sort of work they’ve chosen. Yamada also balances out this specificity by encompassing more universal themes: she vividly, and often painfully, makes study of a toxic work environment and the resultant toll, an affliction by no means limited solely to that of the world’s proverbial oldest profession. The setting is mostly a small apartment that serves as the operating base of an escort service, where customers call in for their sex deliveries and most of what the audience sees is filtered through the perspective of Kano (Sairi Ito), an employee of the agency who doesn’t perform sex work, but is instead a staff worker, taking customer calls and doing other administrative tasks.

Life: Untitled’s arresting opening shows Kano’s unsuccessful attempt at escort work, grossed out by her very first customer, fleeing into the street wearing only a bra on top, and addressing to the camera her feelings of self-loathing: “If you ask me, my life ain’t worth shit.” The film’s remaining characters comprise five other women working as escorts, as well as the male employees, including a cruel boss and one of the service’s drivers, both of whom are sleeping with the escort workers. Most of the scenes take place in the apartment, filmed statically in a manner that makes this piece’s theatrical origins all too apparent. Worse, Yamada’s go-to strategy for increasing dramatic tension is to turn up the volume on the actors’ line deliveries, making much of the film a grating, caucaphonous experience, an aesthetic miscalculation and bid toward histrionics that unfortunately drowns out whatever points Yamada is attempting to make about the experience of sex work and how its place within broader society. Christopher Bourne

It’s hard to imagine anyone clamoring for more zombie content these days, not after the past decade-plus of The Walking Dead, it’s various spinoffs, and abundance of imitators. The new Shudder original Yummy is a few years late to the party, but even if released at the height of zombie madness, this (ahem) crummy movie would’ve failed to make much of an impression. The big selling point here is that Yummy is, ostensibly, an irreverent comedy, except director Lars Damoiseaux and co-writer Eveline Hagenbeek are no Edgar Wright (beginning with the evidence that they have never met a cliche they didn’t like). The film presents a tedious 90 minutes of simply going through the motions, and while there’s ample gore to be found, none of it is especially exciting or creatively executed.

Alison (Maaike Neuville), along with her boyfriend Michael (Bart Hollander) and mother Sylvia (Annick Christiaens), is traveling to a non-descript, vaguely Eastern European plastic surgery institute. Because Damoiseaux and Hagenbeek think it’s some kind of clever irony, Sylvia is an aging sexpot who is addicted to elective surgeries while Alison is desperate for breast reduction surgery. And unable to resist this particular low hanging fruit, Yummy features a onslaught of jokes about Alison’s cup size and how making them smaller is an offense to God. You know, funny stuff. While at the institute, amidst various shenanigans, Michael inadvertently unleashes patient zero, and it quickly becomes a fight for survival. You’ve certainly seen all of this before — a makeshift group forms and its members get picked off one by one, leading to an inevitable betrayal and revealing that the real monster is…human nature! There is one novel sequence, as a patient at the clinic who is recovering from penis enlargement surgery picks an inopportune time to remove the bandages, exposing his new, plus-size member to both fire and ice, but otherwise it’s just standard head wounds and teeth gnashing. And because everyone involved seems committed to making things as unpleasant as possible, Damoiseaux ends the movie with a noxious attempted sexual assault and a truly dispiriting bit of nihilism. Yummy is exclusively the domain of 12-year-old boys, and a hard pass for everyone else. Daniel Gorman 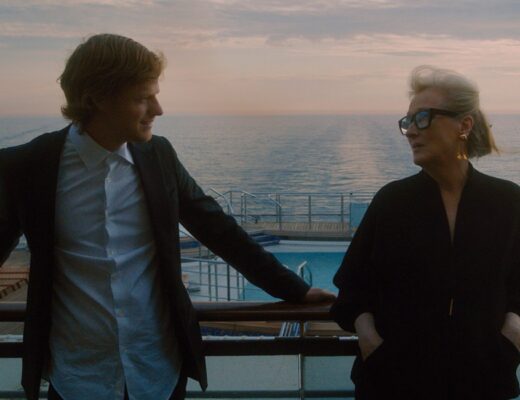 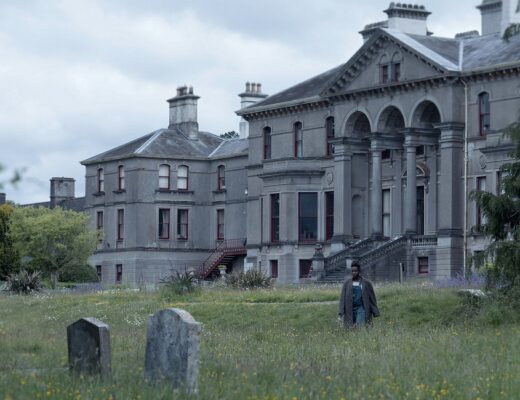 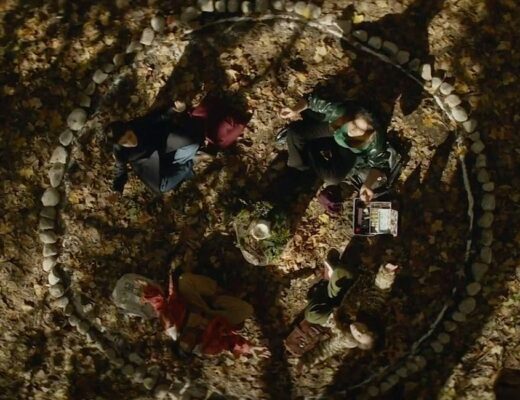 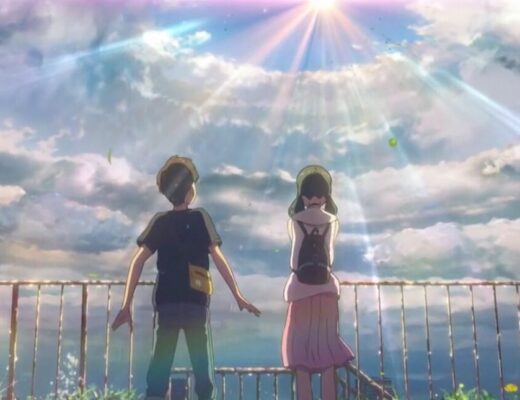