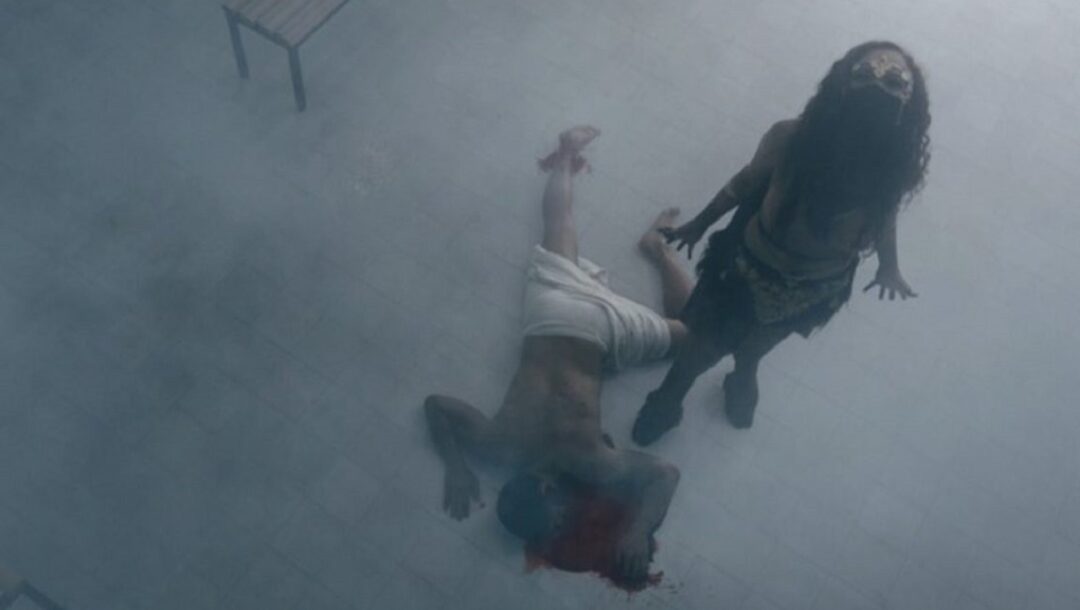 Kandisha doesn’t quite rise to the directors’ past heights, but remains both riveting and probing in its own right.


With horror, thriller, and the many mash-ups of the two proliferating under the dreaded confines of pandemic filmgoing (hunkered down, for most, with oneself or one’s significant other to watch reruns of formulaic filler, gorging on stale promises of the supernatural just as fast-food addicts crave the dopamine rush of their chosen vocation), it’s easy to glaze over the somewhat overstuffed catalogues on display in streaming’s little shop of horrors, eyes swimming in uninspired genre fare whose titles alternate between the outlandish (Troma’s scatological Shakespeare’s Shitstorm) and the derivative (‘X’ of the ‘Y’; some variation on Dead, Evil, Night, etc.). A sideways glance at Kandisha would, similarly, dismiss it as the stuff of adrenaline junkies and Fantasia fanatics (it premiered last year at Sitges, however), good for little more than late-night unwinding from work, social exhaustion, and such. Viewers familiar with the film’s directorial provenance, however, would think otherwise; the duo of Julien Maury and Alexandre Bustillo are arguably only a notch below the likes of Gaspar Noé and Pascal Laugier in crafting both formally and stylistically extreme cinema, having after all directed 2007’s Inside, not only a poster child for the New French Extremity movement, but also, more impressively, a confident and uncompromising debut.

Such viewers will also be relatively more prepared for the scenes of graphic brutality that eclipse most of Kandisha’s ilk; while not quite on par with the visceral immediacy of Inside, Maury and Bustillo’s second-latest (an upcoming feature, The Deep House, will be unveiled less than a month away at Fantasia) still inflicts a palpable terror over its spiritual core and social subtext, onto a broader audience long-placated by cheaper thrills. Set in the banlieues of suburban Paris, Kandisha follows a girl group of three besties from the projects (one black, one Arab, one white) on a quest to undo a curse one of them invoked. The curse has some historical import to their setting — Aicha Qandicha was, by some accounts, a 16th-century Moroccan beauty who resisted and seduced the invading Portuguese army, avenging her husband’s murder before being captured herself and tortured to death — and offers, from the get-go, a revision of predominantly white French culture for its modern diasporic reality. Specifically, Maury and Bustillo transpose this mythological template onto contemporary hot-button issues of race, class, and sex in a manner that, if not quite as sophisticated as the image of Inside’s scissors-wielding Béatrice Dalle embodying a purely psychosexual force of terror, is still substantial enough to interact with these concerns with a critical slant.

The crux of Kandisha lies predominantly in its narrative of female empowerment and agency: after Amélie (Mathilde Lamusse), the gang’s “whitie,” is accosted and almost raped by her emotionally unsound ex-boyfriend, she summons the vengeful Moroccan legend as revenge, without fully realizing the consequences of this ritual. Her ex is found dead (only men are targeted), though not by Kandisha’s direct hand, and her two compatriots Bintou (Suzy Bembou) and Morjana (Samarcande Saadi) initially suspect no foul play, believing Amélie’s suspicions to be mere paranoia. Soon enough, the men in their families and friend circles succumb, one by one, to increasingly gruesome deaths, with brains splattered across sidewalks and torsos rent in half; all this while the girls, refreshingly immune from victimization, are simultaneously helpless to halt the centuries-old bloodbath now being wreaked upon their neighborhood. Enlisting the help of an imam quickly proves futile, as the hooved temptress (a djinn manipulating its host’s body) resists all attempts at exorcism and ramps up her merciless rampage to a point where the trio find themselves with an unenviable dilemma to resolve, to put it mildly.

Beneath all the bloodshed lies, at the heart of Kandisha, the structure of a rape-revenge narrative, cleverly re-invented to observe its social nuances without necessarily offering clear-cut responses. The men are divested of power and re-contextualized as victims of Kandisha’s wrath; unlike most comfortably realist and racist stereotypes of rampant misogyny, they aren’t exclusively caricatured as shadowy assailants of female agency (even Amélie’s ex does not quite fit the typical bill of a hardened perpetrator). The social milieu, interestingly, vacillates between explicit didacticism and implicit insight: Bintou’s loving father, a company man, works late into the night just so their family may reside in a comparatively affluent residence (as opposed to the towering apartments next door), and the advice he imparts to his daughter to work hard and escape their ghetto doesn’t exactly illuminate on the socioeconomic front. But the girls themselves do — they languish in part-time jobs during their summer break, and come together at night to graffiti, fascinatingly, within the walls of an abandoned and soon-to-be-demolished building. There’s a poignant futility in this image, of realizing one’s adolescent energies and friendships in confined isolation, painting and creating something poised for destruction (and recalling, surprisingly, that abandoned mural of the future from Tsai Ming-liang’s Stray Dogs). Elsewhere, the disparate thematic talking points fittingly accompany their gory action: an animal death threatens to shock and anger with its suddenness and graphic detail, for instance. More strikingly, though, is the question of whether Kandisha truly argues in favor of its emancipatory strokes, finding a sweet revisionism of sexual dynamics in an oft-repressed stratum of French society, or if its extremism serves, instead, as an appeal to moderation and thereby proposes a rather problematic view of sexual violence and women’s autonomy in combating it. Ultimately, Maury and Bustillo opt for an ideological malleability that serves them well, allowing Kandisha to indulge in the trademarked shock value of their filmmaking without losing much relevance for horror veterans or rookies alike. The result is a lesser work than what Inside’s success might have foretold, but nonetheless a consistently entertaining and riveting one for the lock-down year. 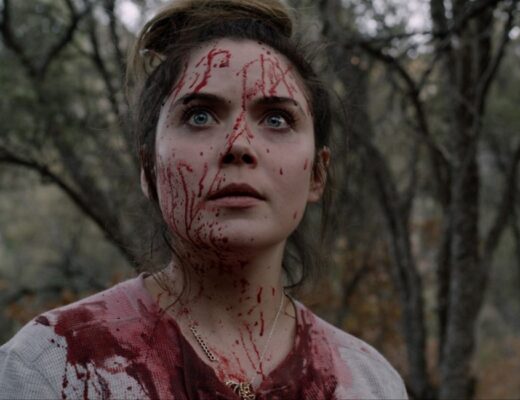 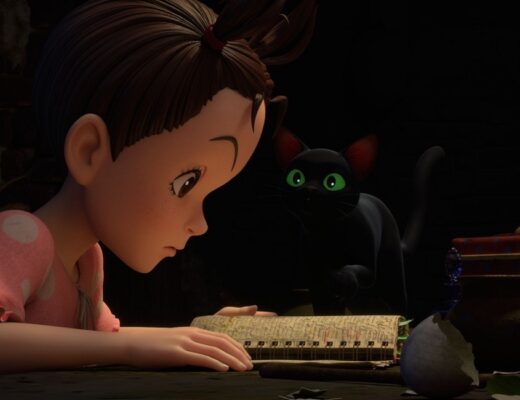 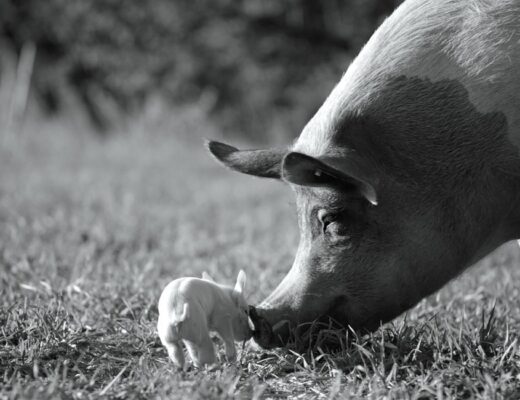 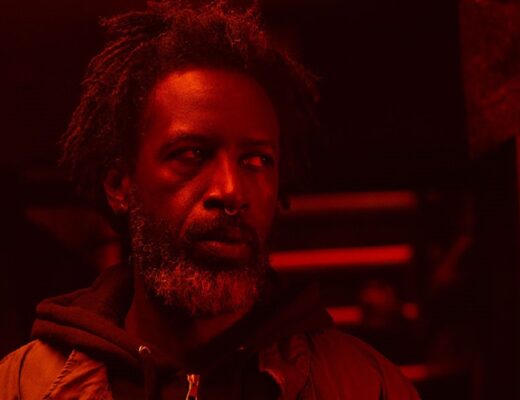 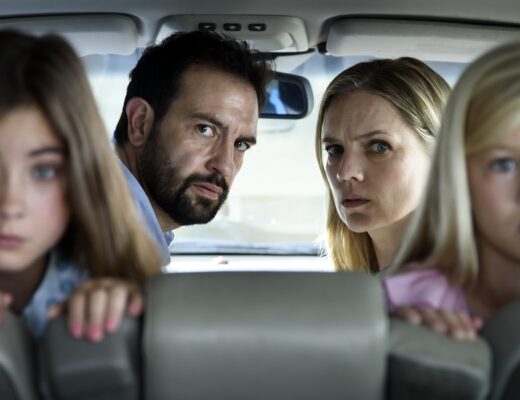 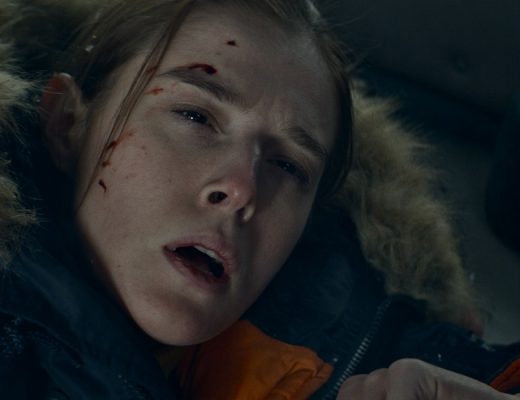