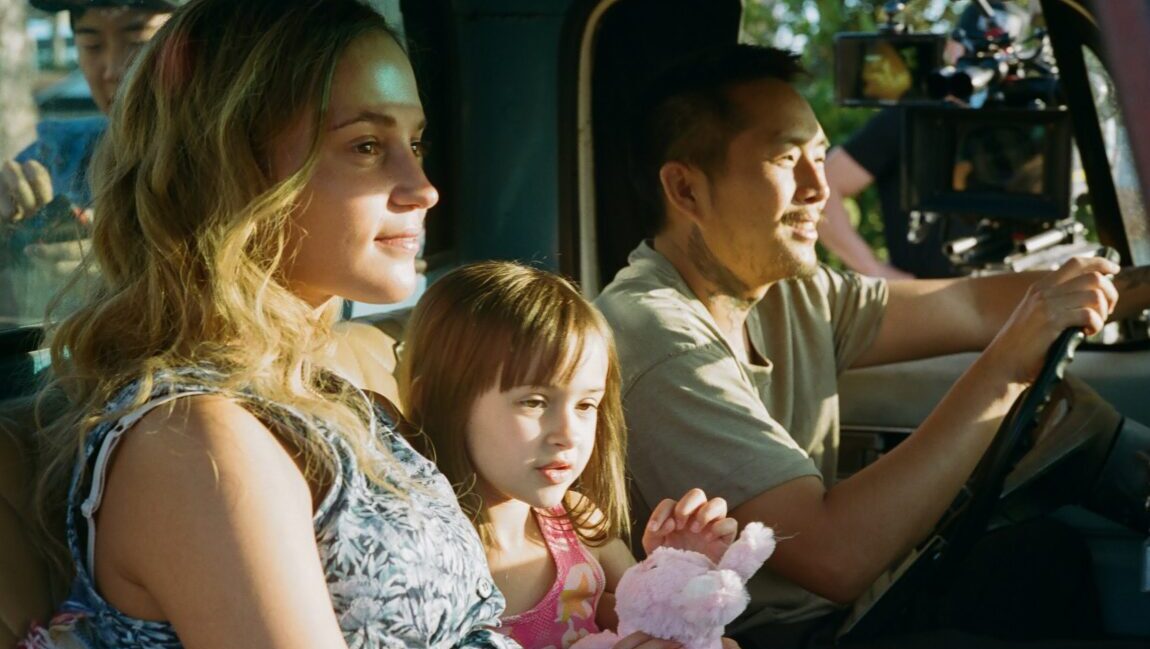 Blue Bayou‘s reach for authenticity is entirely undermined by its empty, saccharine sheen of melodrama.

In its broad strokes, writer-director Justin Chon’s Blue Bayou seeks to shed light on a specific miscarriage of justice that has seen thousands of children who were adopted from foreign countries sadly deported due to a lack of American citizenship. The Child Citizenship Act of 2000 was enacted to right such a heinous wrong, but it only applied to those children adopted in February of 2001 and after; it would not retroactively include those who were brought to the U.S. prior to its inception. Blue Bayou concerns one such individual, Antonio LeBlanc (Chon), who traveled to Louisiana from his homeland of Korea as a mere infant. Chon establishes from the outset that his character is a good ol’ Southern boy through-and-through, his pungent bayou accent intentionally casting a palpable dichotomy with his Asian features. Past run-ins with the law have made it difficult for Antonio to find steady work, a fact made crystal clear in the film’s opening scene, as a job interview quickly spirals downward as he is asked questions concerning his legal status. A tattoo artist by trade, Antonio has achieved little success in this particular occupation, unable to provide enough money to support his expectant wife Kathy (Alicia Vikander) and his young step-daughter, Jessie (Sydney Kowalske). A domestic dispute involving Jessie’s biological father, Ace (Mark O’Brien), leads to Antonio’s arrest and possible deportation, resulting in an upcoming court appearance that will ultimately decide Antonio’s fate.

In past films Gook and Ms. Purple, Chon has shown a thematic fondness for familial bonds, and the various ways they can function as both a lifeline and a noose. Blue Bayou is no different in this regard, as the stress created by Antonio’s legal situation puts a strain on his relationship with Kathy, and also forces him to come to terms with his own troubled past, including a biological mother who tried to drown him at birth and a foster family at whose hands he suffered daily physical abuse. There is also Kathy and Jessie’s issues with Ace, and if that wasn’t quite enough, the sudden appearance of a random woman dying from cancer (Linh Dan Pham) who basically forces herself into the lives of these characters so that she can serve up her own particular family trauma. Chon seeks to mirror this narrative severity in the film’s technical aspects, striving for a level of realism to match its brutalized heart. Shot on 16mm, there’s a graininess to the film’s images resulting from its upscale to 35mm exhibition; bits of dust and debris, as well as the occasional hair, pop up on the edges of the frame, and the camerawork is all jittery and handheld, with an emphasis on uncomfortable close-ups that highlight every bead of sweat and artful teardrop on the character’s perpetually forlorn faces.

But this strain for authenticity is at complete odds with the sheer melodrama that pumps through the Blue Bayou‘s veins. The utter broadness of the characters is what proves most alarming, with Vikander given a handful of scenes that would make for a successful Oscar reel but which fail to coalesce into a three-dimensional person capable of inciting audience sympathies (and that’s not to mention the actress’s fairly laughable reach at an accent here). O’Brien’s character is jerked around to a degree that the actor is unable to make heads or tails of how to play it, while Emory Cohen, playing a racist police officer obsessed with sausage — a true feat of character color — opts for a level of buffoonery usually reserved for farce. Yet the biggest problem lies with Antonio, who is presented as both a flesh-and-blood man whose flaws breed empathy, and a martyr who exists solely to suffer for audience edification. Chon forgets the cardinal rule that martyrdom is never dramatically compelling or interesting to watch, and the film as a whole suffers for this bit of cheapness. There are times where Blue Bayou even takes on the shape of misery porn, nowhere more so than in the film’s wholly manipulative ending, which is admittedly likely to elicit a few tears from plenty of viewers, but only as a hoodwink rather than any genuinely achieved pathos. Chon — and, by extension, Blue Bayou — is certainly heartfelt in intent, but the execution is about a hair’s breath away from a Very Special Episode of Law & Order. That the film ends with photos of real-life individuals who have either been deported or are facing such a horrific potentiality only reinforces just how facile Blue Bayou truly is. 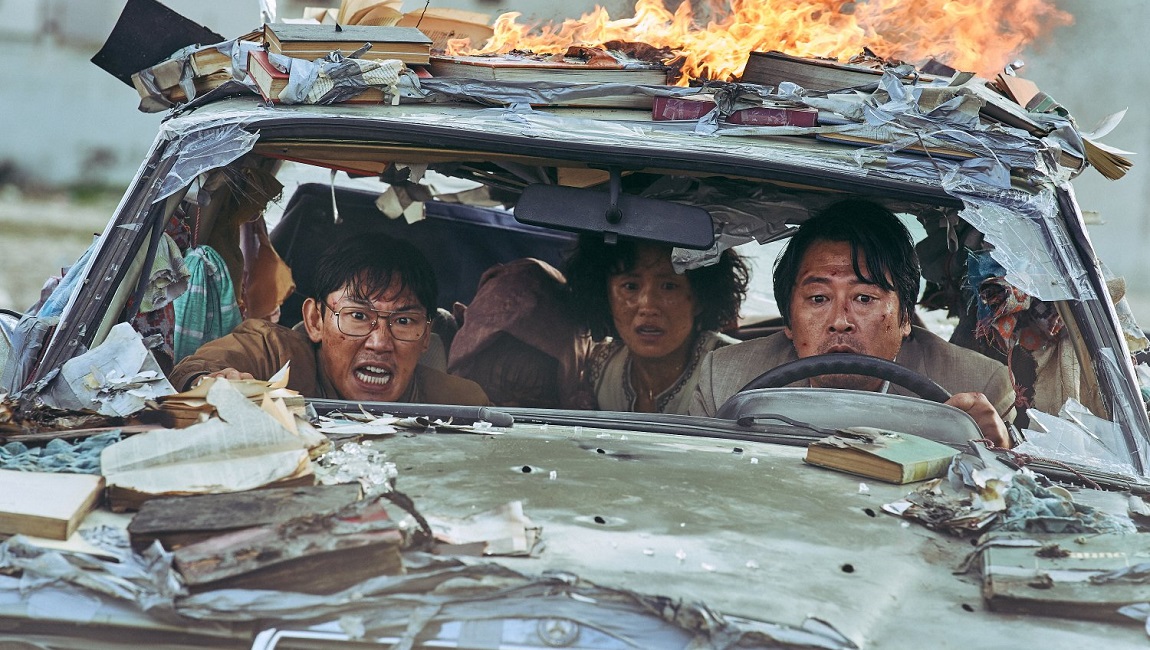 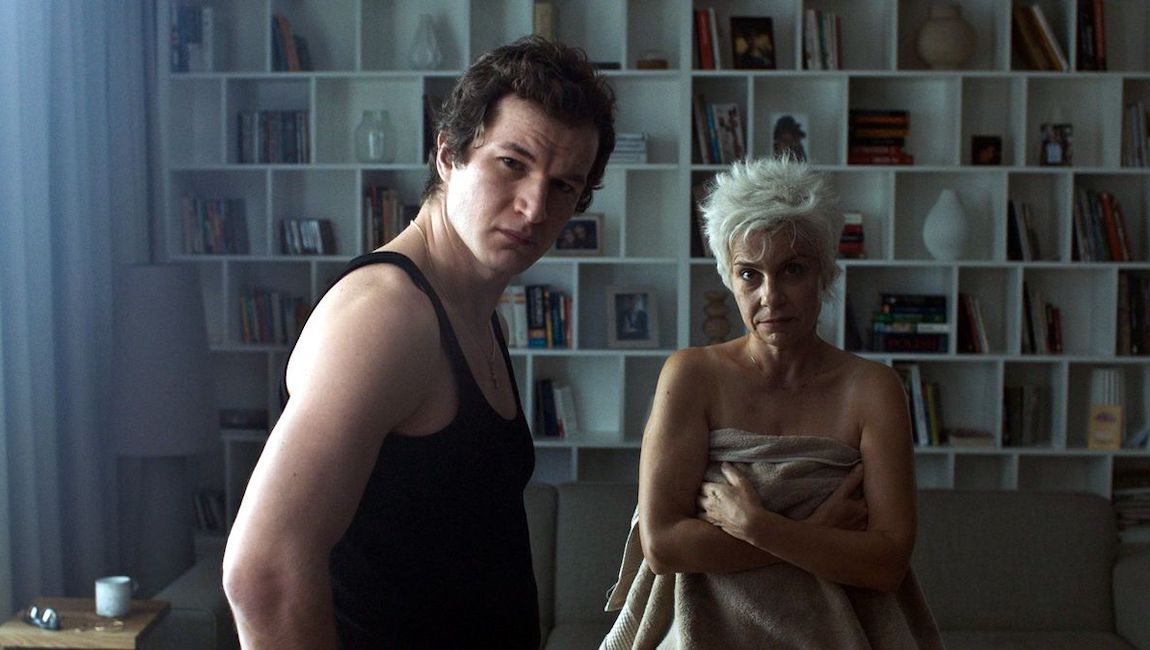