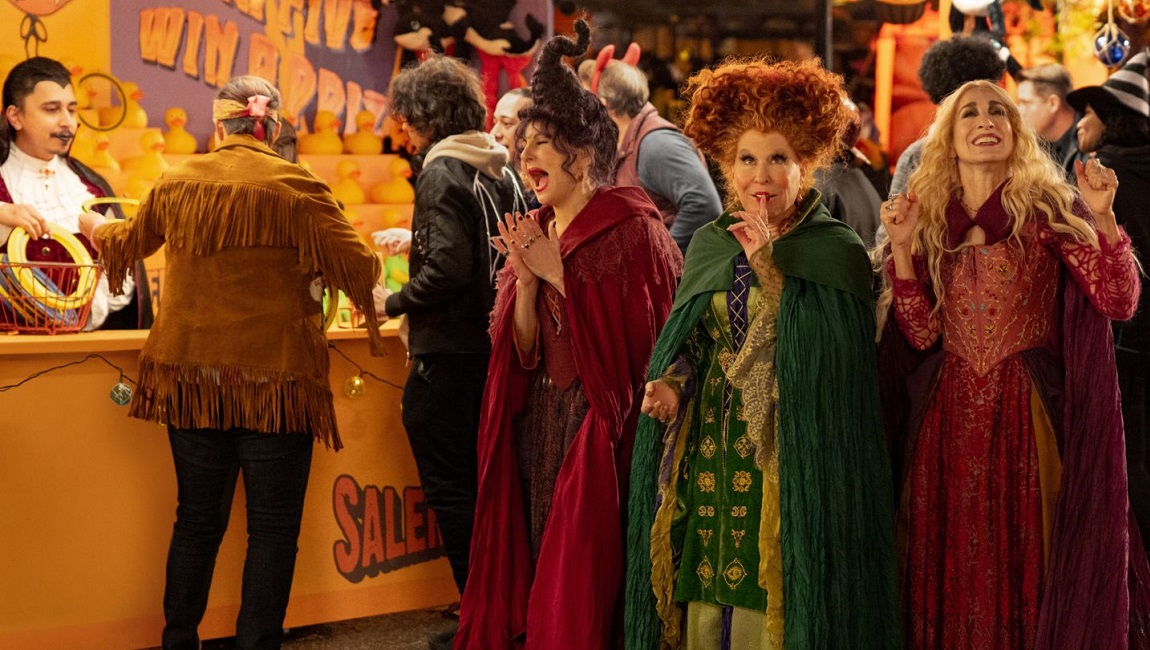 Even given the present soulless age of Disney franchise resurrection, Hocus Pocus 2 is a slight and bargain bin sequel that will likely appeal only to the most stubborn fans of the original.

For a certain mid-millennial demographic, there’s arguably no grander shared cinematic landmark than that “classic” of childhood camp, Hocus Pocus. The appeal that film held for the mid-’90s tween market is understandable: the film is set at Halloween (that most appealing of holidays for the target audience); there’s a zeitgeisty, Goosebumps-styled narrative wherein a trio of youngsters root out and fight against local evil whilst adults remain oblivious; Bette Midler vamps it up in the witchiest of fashions; there’s a wholesome and handsome teen heartthrob with the era-appropriate middle part; and it arrived during Disney’s strongest decade of live-action, family-friendly fare, a shoo-in VHS purchase for most non-Baptist households. The appeal it still holds as a reflection of that particularly cringey and cornball early-’90s aesthetic is likewise understandable. And so, it’s not surprising that in the nearly 30 years since its 1993 release, Hocus Pocus has become a movie that exists outside of objective context, in much the same vein as Grease or Dirty Dancing, the kind of bibbidi-bobbidi entertainment that renders any attempt at qualitative assessment a bootless endeavor, particularly each October. Call it the Halloween Home Alone.

With its fanbase of nostalgia-heads firmly in place, it was inevitable that Hocus Pocus would get its own legacy sequel during this age of soulless Disney resurrections. And so we have the ingeniously titled Hocus Pocus 2, which immediately makes the baffling decision to spend a belabored 30 minutes on setup and exposition that could have easily been condensed into five. We begin in the 1600s Salem of the Sanderson sisters’ youth, charting the orphaned enchantresses’ origin story, which amounts to Winifred’s insolent rejection of an arranged marriage, some other light female flippancy in the face of Puritan patriarchy, and a chance meeting with a beautiful witch who gifts the young ladies with their beloved spellbook. All of this is in service of a few token ends: 1.) to establish the tragic backstory and underlying decency of these child-eating witches; 2.) to emptily wink at the more recent cultural reclamation of witches as feminist symbol. We then jump to the present for another overlong stretch in which we are introduced to the film’s other trio, best friends Becca (Whitney Peak), Izzy (Belissa Escobedo), and Cassie (Lilia Buckingham), the latter of whom has been distant as of late thanks to time spent with popular jock boyfriend, Mike. Sam Richardson also features as occult-obsessed nerd Gilbert, who runs a magic shop out of the Sanderson sisters’ cottage and is here responsible for their latest return to the living, while Tony Hale pops up as the town mayor (and Cassie’s dad) whose only real character trait is loving caramel apples. The remaining conjunctive narrative details and littered conflicts don’t really matter — there’s little playfulness in the plot’s progression, just a series of contrivances to get us from point A to point B.

Now, where there’s more fun to be had is in the film’s decidedly homespun quality and occasionally nonsensical humor. Despite carrying the patina of that Disney+ style of digital spectacle — the film nearly carbon copies Harry Potter scenes more than once, presumably unsure where else to spend its budget — Hocus Pocus 2 falls far more comfortably into the early-aughts vein of Disney Channel Original Movies. There’s a welcome looseness and whimsicality to the proceedings, as well as a modest, small-town/limited-set scale, all of it a clear pivot away from the platform’s more self-serious IP rehash of late. But the flip side of this throwback sensibility is that it highlights how much of the film occupies purely lazy territory. Still, there’s no denying the pleasure in watching Midler, Kathy Najimy, and Sarah Jessica Parker wild there way through another Hocus Pocus film, delivering eccentric bits of comedy that seem to exist on a different plane than the more boilerplate kids’ movie template: in one scene the sisters forget Becca’s name, only to submit guesses of Shiskababy and Edward. The trio are even able to carry scenes of dubious logical soundness, such as their visit to a local Walgreens — seriously, how much did the company pay for this extended advertisement? — wherein they bumble about like rubes amidst such modern amenities as curved ceiling mirrors and automatic doors, both of which existed during their 1990s visit, but no matter. The modern-day trio, unfortunately, are far more flavorless, with only Becca registering as personality-blessed.

It’s that contrast which best reflects the film’s merits. Pockets of playfulness bubble to the surface, almost exclusively courtesy of the three returning players — though Froy Gutierrez as Mike engenders a few chuckles, for instance when he’s introduced to the film by excitedly announcing he ate two breakfasts — but what exists outside of their established appeal is a bargain bin plot plastered over with winking and nostalgia-bating. The lingering impression is of lazy IP extension, Hocus Pocus fanfiction realized on a mass scale, a costume in place of the real thing. Will this matter much to millennials ready to revel in the remaining wisps of childhood wonder? Not likely, though it will assuredly do far less for anyone outside of this demo. The oddball magic that the original managed to conjure has been displaced in Hocus Pocus 2 by too much shtick and schmaltz, and regardless of your predisposition to the material, the spell it seeks to cast is unlikely to linger for long in anyone’s mind.

You can currently stream Anne Fletcher’s Hocus Pocus 2 on Disney+. 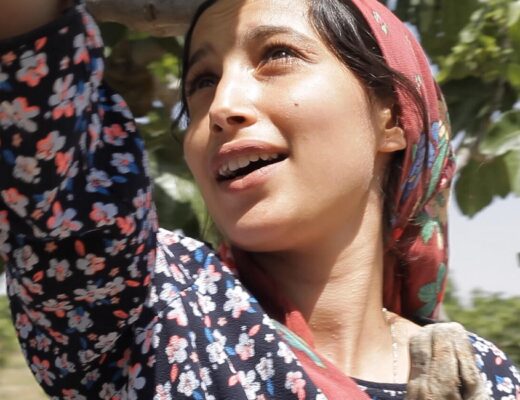 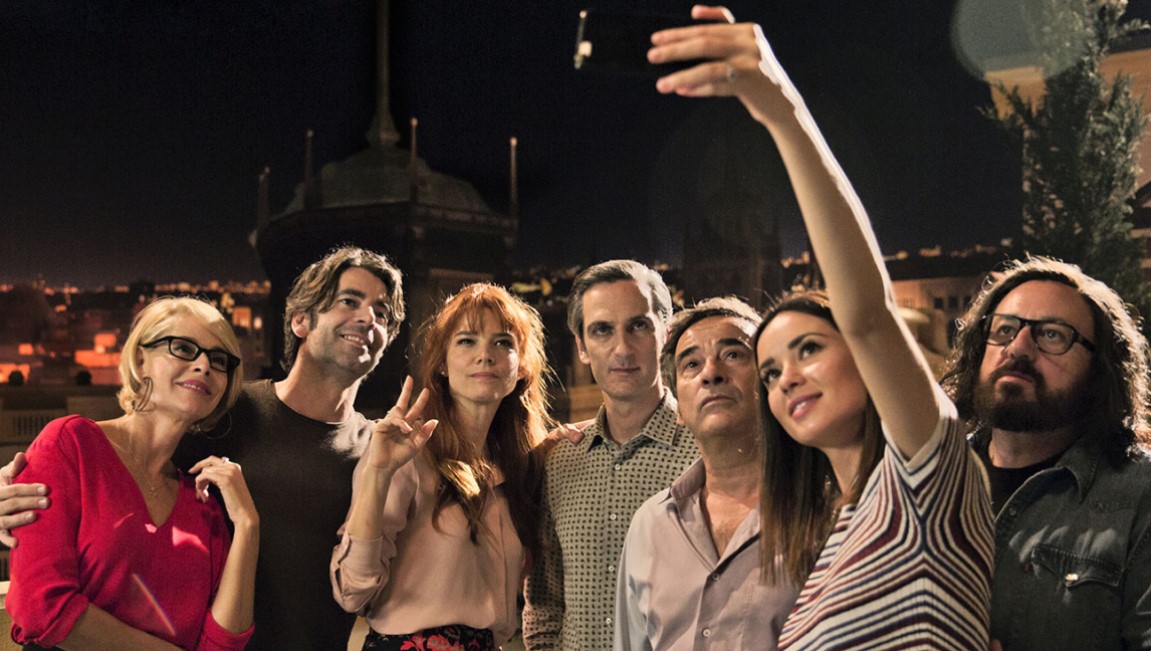 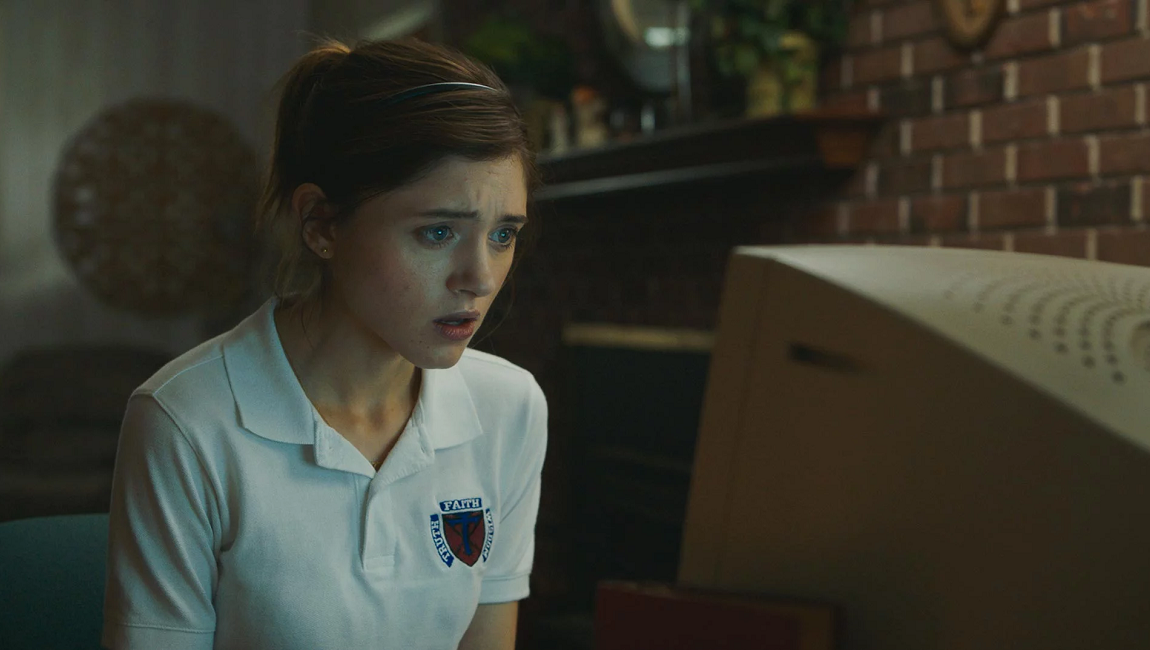 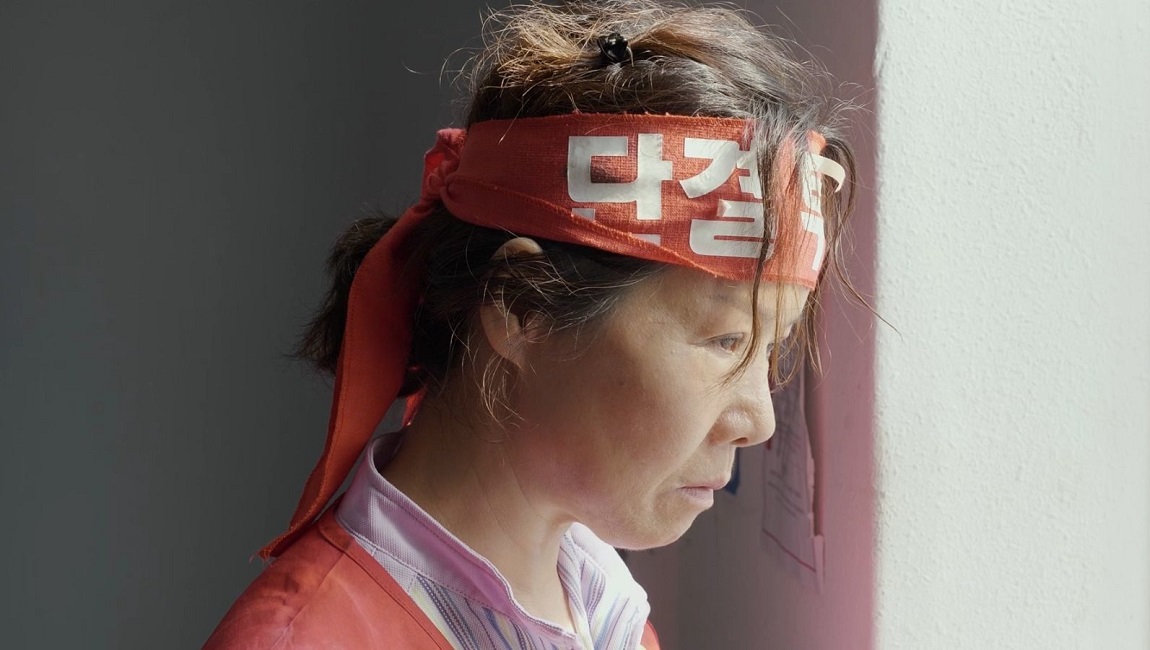 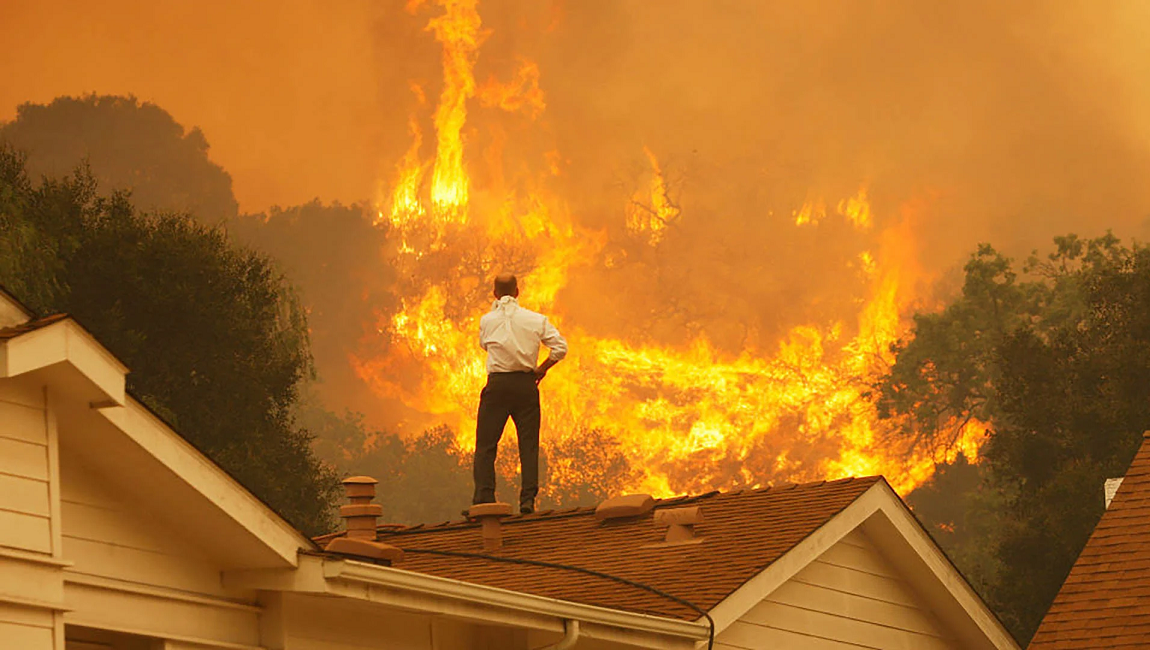