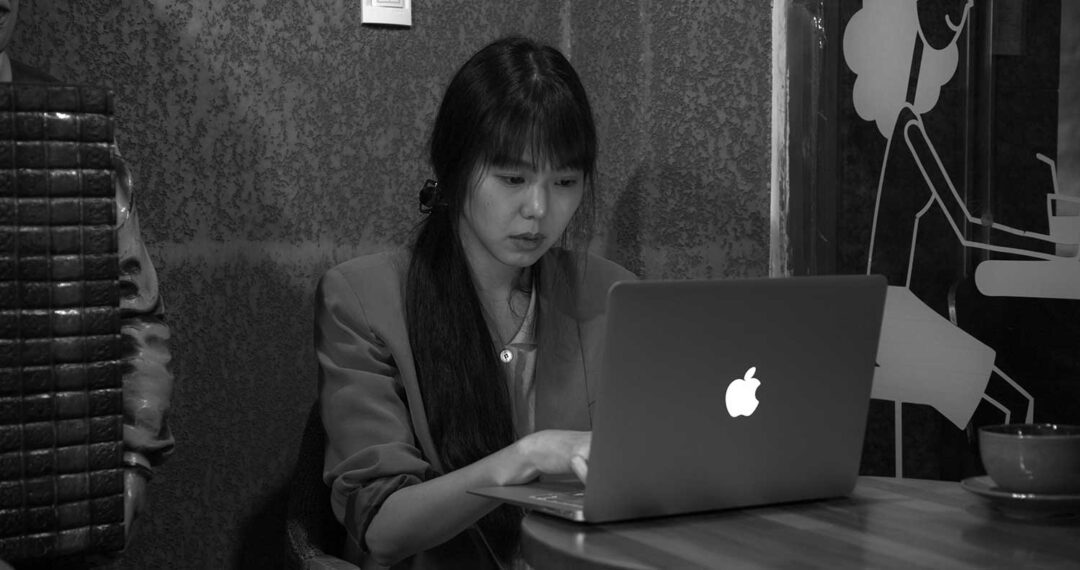 Hong Sang-soo packs a surprising amount of variety, complexity, and beguiling mystery into the 66-minute runtime of Grass. The film provides a brief but dense window of observation — and “observation” is the operative word here, since the central character, Areum (played by Hong’s now-frequent leading woman Kim Min-hee), eavesdrops on conversations while typing on her laptop, and comments on the action in the film’s voiceover. Areum claims to be “not a writer, just writing,” but Hong playfully calls her diffidence into question, raising the possibility that at least some of these characters and conversations have in fact been filtered through her perceptions, or are even entirely inventions of her imagination. Such is the alchemy of Hong’s cinematic practice: a film, shot in black-and-white, set in a nondescript café, and mostly consisting of simple two-shots and over-the-shoulder framings (punctuated by Hong’s signature zooms), can be simultaneously observational and self-questioning, at once a slice of life (or lives) and an entire universe in microcosm.

There’s a strong literary feel to this film — an almost Raymond Carver-esque quality to the fragmentary presentation of these stories.

The conversational pairings presented in Grass feature very familiar, Hongian concerns: infidelity, creative pursuits, alcohol, and fraught relations between men and women. There’s a strong literary feel to this film, though — an almost Raymond Carver-esque quality to the fragmentary presentation of these stories. In an early scene, a generic exchange of pleasantries between a young man and woman transitions into the woman angrily accusing the man of driving a mutual friend to suicide. In another scene, an actor/director attempts to cajole a woman into a collaboration that he obviously hopes will become something more than just a work venture. In yet another scene, a down-on-his-luck theater director begs for lodging from an old female acquaintance. Complicating the question of whether these scenes are real or merely imagined is the fact that Areum isn’t just an observer outside them, but rather she’s also a participant. The aforementioned actor/director sidles up to Areum’s table and asks if he can observe her daily life for inspiration, a rather unusual proposal that Areum kindly but firmly rejects. Areum later has an argument with her brother, revealing a bitter, cynical outlook on love and relationships that stands in sharp contrast to the poetic musings of her earlier voiceover. Unlike the shoots of grass in a planter outside the café, which will blossom and complete their life cycle, the people inside are denied resolution, and that lends Grass a somber poignancy. 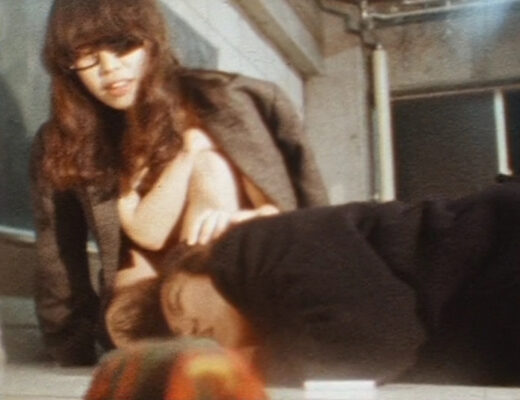 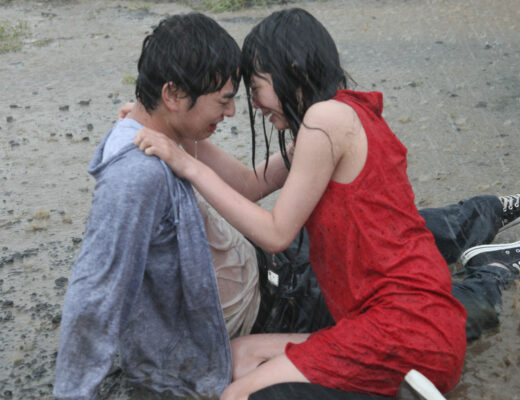 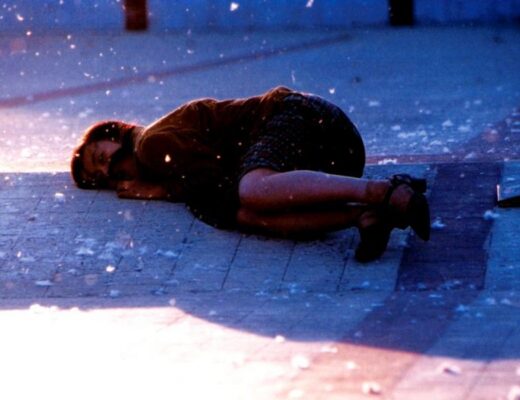