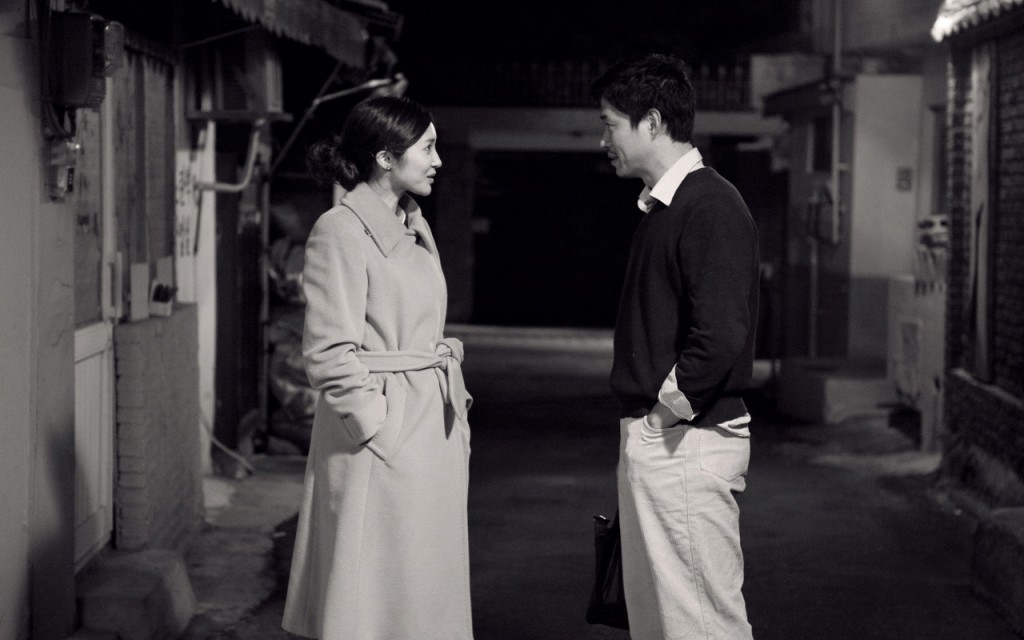 Hong Sang-soo’s monochromatic, soju-soaked, metaphysical odyssey, The Day He Arrives, explores the question of whether or not one can ever really escape the past, but as considered through the filter of Hong’s signature narrative tropes. Over the course of a three-day visit to Seoul, Seong-jun (Hong regular Yoo Jun-sang), a retired filmmaker who now teaches at a provincial university, goes to the same bars with the same group of acquaintances and friends; keeps encountering the same people; and is, constantly, reminded of past events that he’d like to move on from. When Seong-jun arrives in Seoul, he has no specific plan; and when his friend, Young-ho (Kim Sang-jung), doesn’t answer his phone, Seong-jun resorts to day drinking to kill time. With the makgeolli in full effect, he hops in a cab to visit former student/lover Kyeong-jin (Kim Bo-keyeong), and spends the night at her place. In the next scene, which seemingly takes place on a different day, Seong-jun finally rendezvous with Young-ho, and together they go bar-hopping until, at a bar with the curious name of “Novel,” Seong-jun is startled to meet Ye-jeon — if only because she bears a striking resemblance to Kyeong-jin (and they are, in fact, both played by Kim Bo-keyeong). Amid drunken arguments and philosophical musings, Seong-jun desperately tries to escape the recurrence of this Ye-jeon, whose name means “old days” in Korean.

Explores the question of whether or not one can ever really escape the past, but as considered through the filter of Hong’s signature narrative tropes.

The repetition of The Day He Arrives’ narrative structure almost has the effect of suspending temporal linearity — and underscores nuanced variations embedded in Seong-jun’s seemingly monotonous trajectory, to a near-surrealistic effect. But there’s also a more concrete context here, signified by this film’s Korean title, which translates to “Bukchon-bound.” Bukchon is known as a place with traditional Korean houses that date back to the 16th century, so it’s not hard to imagine Hong chuckling at Seong-jun, who solemnly wonders why he keeps running into the remains of his past without realizing he’s in a place populated with the ghosts of history. There’s a similarly spectral quality to Hong’s images, as in the shot, which repeats three times, of Ye-jeon going into her bar; Hong shoots from behind, the camera slowly zooming in as Ye-jeon walks away, as if the film itself is being sucked into the “old days.” The Day He Arrives finds its appropriate epigraph, of all places, in a line from a Pavement song: “you can never quarantine the past.” And as if that point weren’t already stressed, consider that the most beautiful moment from this film — Seong-jun and co. helplessly drunk, and exhausted, hailing a cab while snow piles up on the road — was played in reverse and presented as the official trailer. For Hong, it seems, the essence of life is felt most in its cyclical representation, rather than through an imposed, forward-moving linearity. 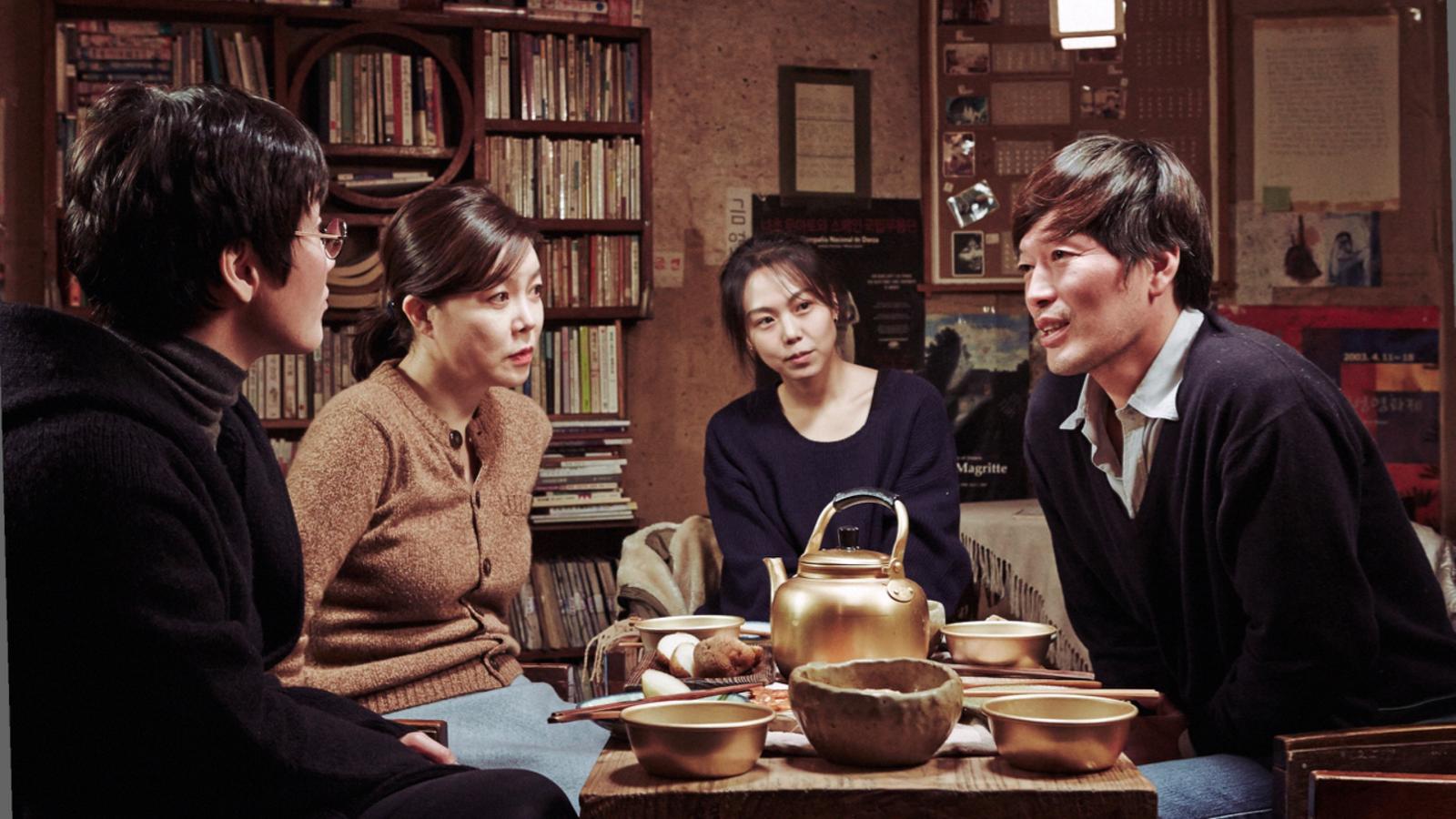 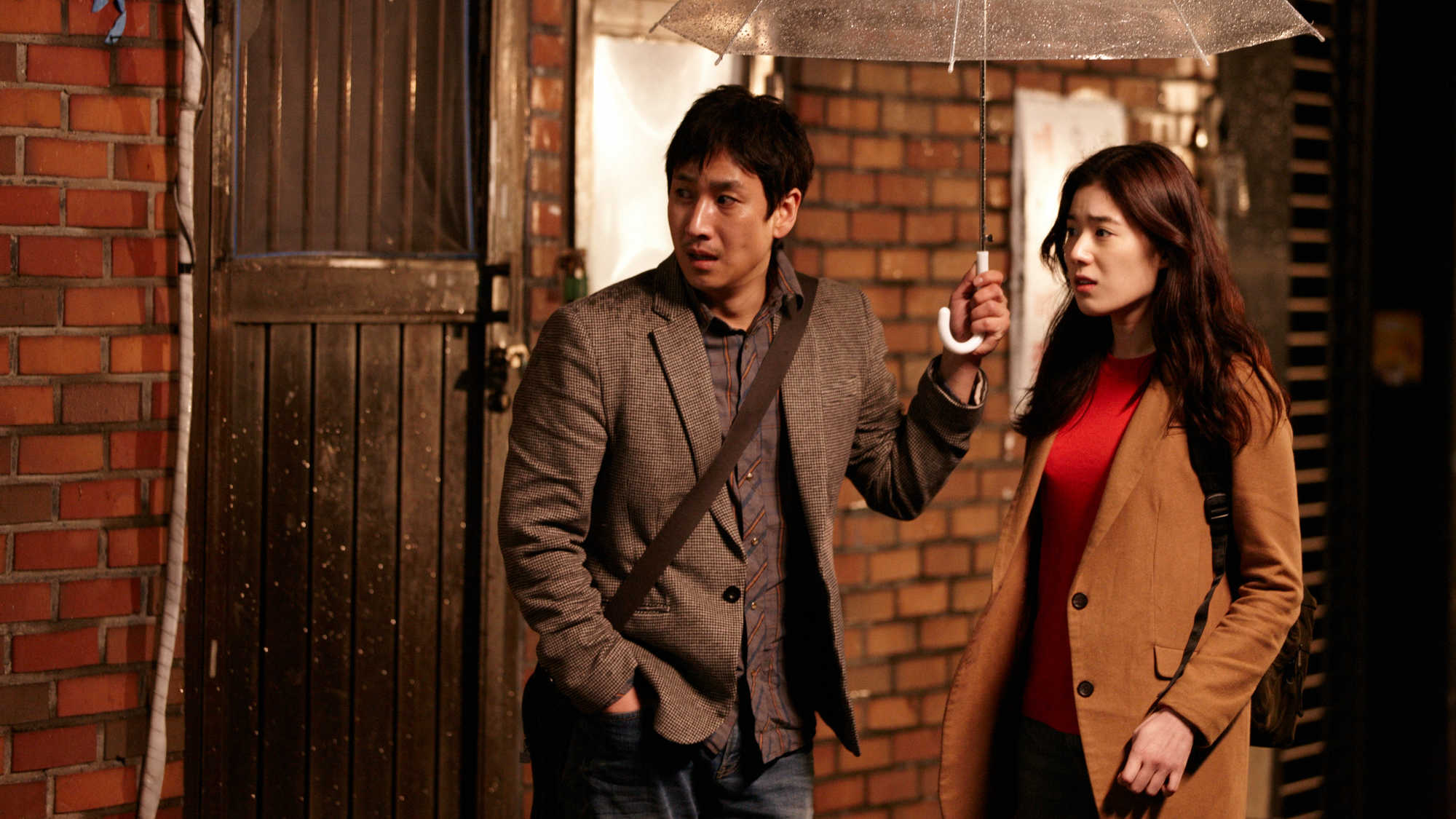 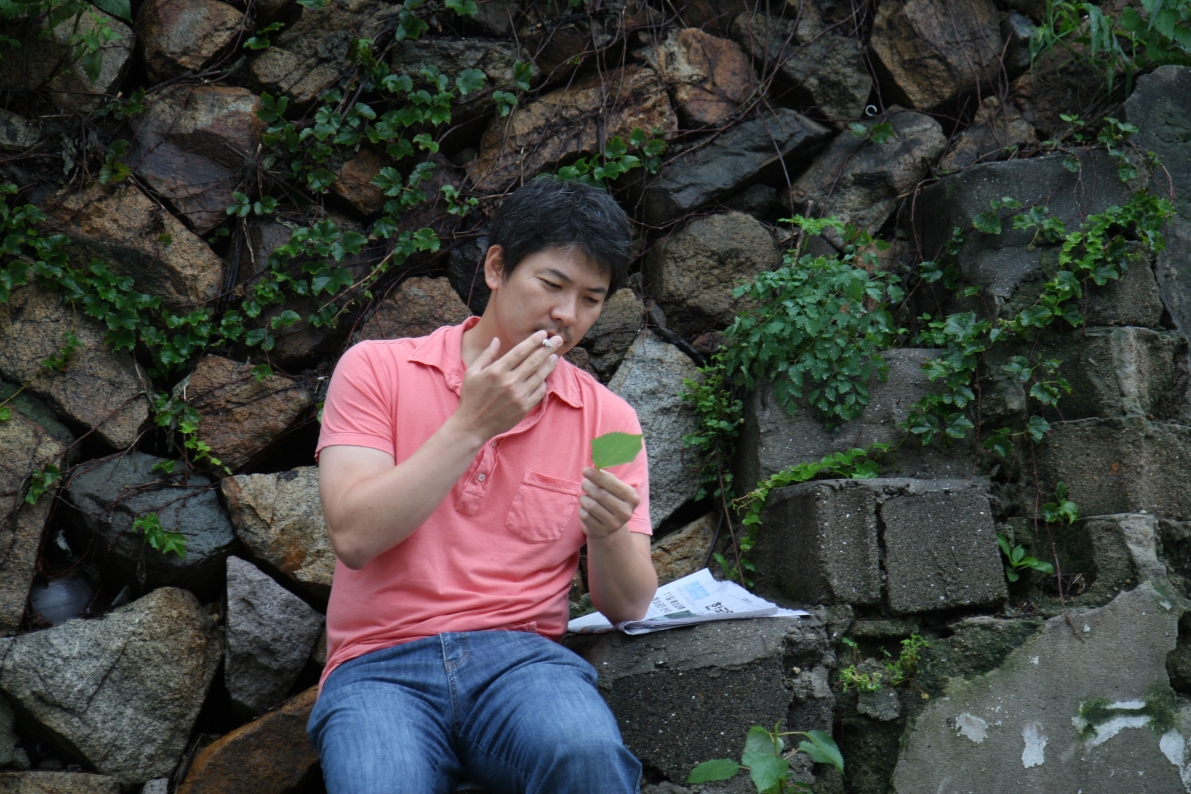 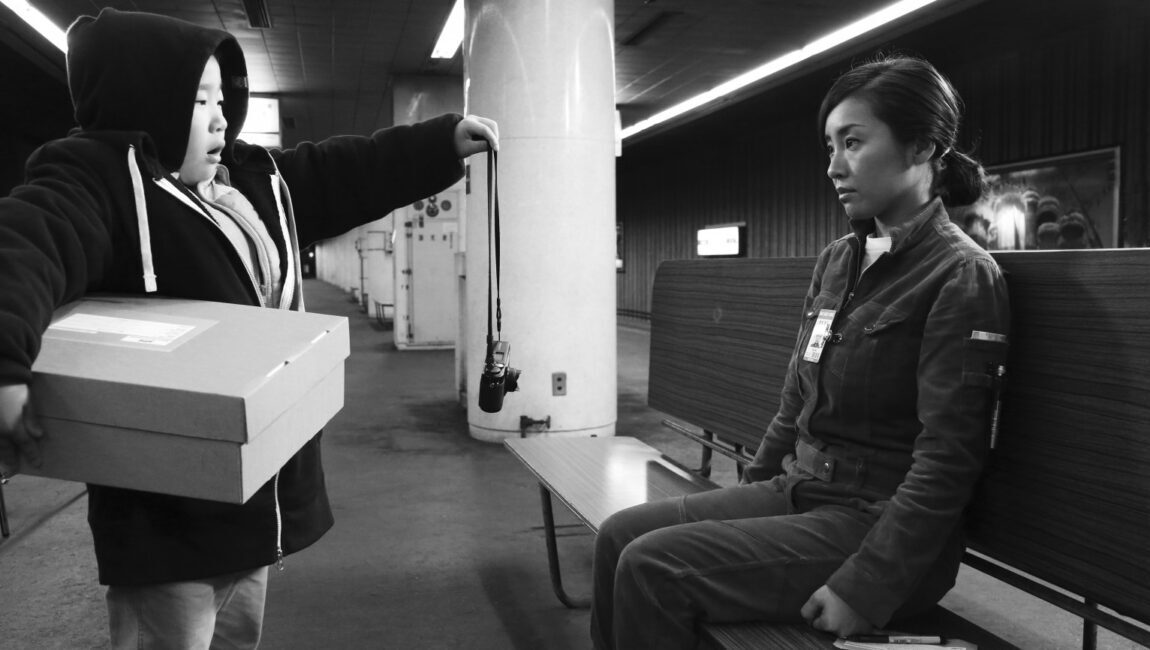