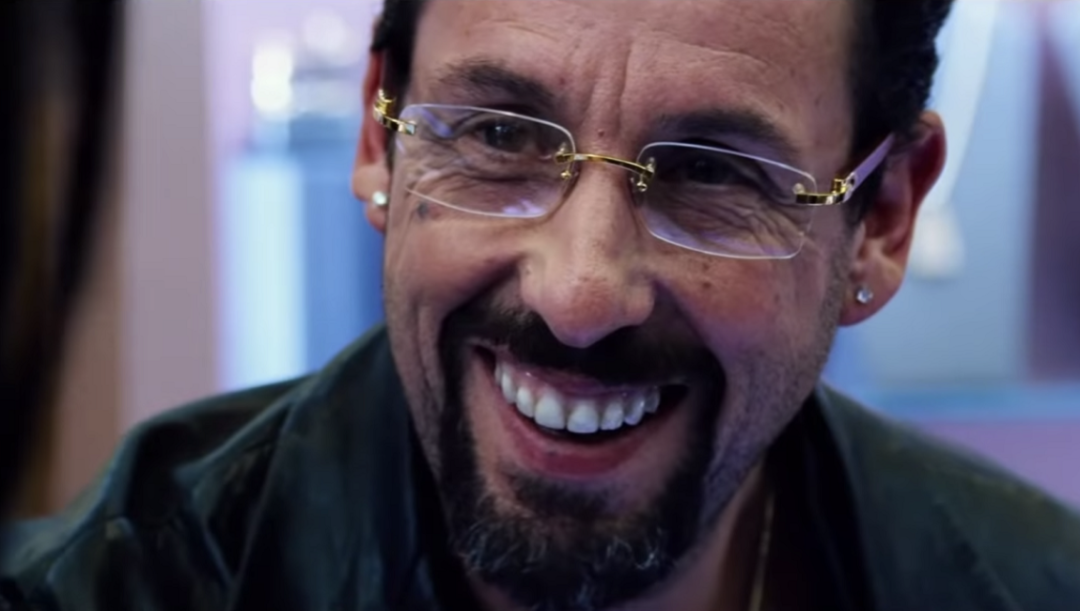 Our third and final dispatch from the 2019 New York Film Festival is offers a smaller pool of takes but checks off one of the year’s biggest players — Josh and Benny Safdie’s Uncut Gems. Also featured here are thoughts on Olivier Assayas’s latest, Wasp Network, the ninth entry in Michael Apted seminal Up series, and a pair of international NYFF exclusives — Bitter Bread and The Treehouse. Make sure to visit our recent Toronto Film Festival coverage and London Film Festival coverage for takes on the many NYFF films we’re written on elsewhere.

Having recently explored heroin-heavy, vagabond living in Heaven Knows What (2014) and a bank robber’s desperation in Good Time (2017), directors Benny and Josh Safdie glimpse a different class of criminal underworld in Uncut Gems, an audacious, hysterical window into the shady dealings of New York City jeweller Howard Ratner (Adam Sandler). One of the Safdies’ trademark moves is an in media res opening, placing their audience immediately and immersively in the deep end, and the situation is no different here. There’s barely time to establish a connection to the characters before we’re seeing their worst sides, or to settle into the atmosphere of the film, with its din of constant chatter and background noise, and an imposing score from experimental producer Oneohtrix Point Never ensuring there’s nary a moment’s rest. New problems or opportunities, sometimes the two blurred, present to Howard around every corner, and Uncut Gems essentially plays out as an intertwining accumulation of high-stakes bets which affect his financial prospects, distort his behavior, and poison his relationships with those around him. An expletive-armed Sandler is off the leash, fully committing to this troubled character on a level he certainly hasn’t gone to since Punch-Drunk Love (2002), if ever before. While Uncut Gems emphatically concludes that risk-taking eventually catches up with you, the particular way the Safdies assert this is both unexpected and satisfying. In line with its apt title, nothing about Uncut Gems is neat or tidy, as the Safdies weave a complex web of materialism, revealing the pursuit of wealth to be a toxic and ugly folly. For those not yet won over by this directing duo, Uncut Gems should prove to be a wake-up call, as this gargantuan, highwire effort demonstrates the two filmmakers at the absolute top of their game. Calum Reed 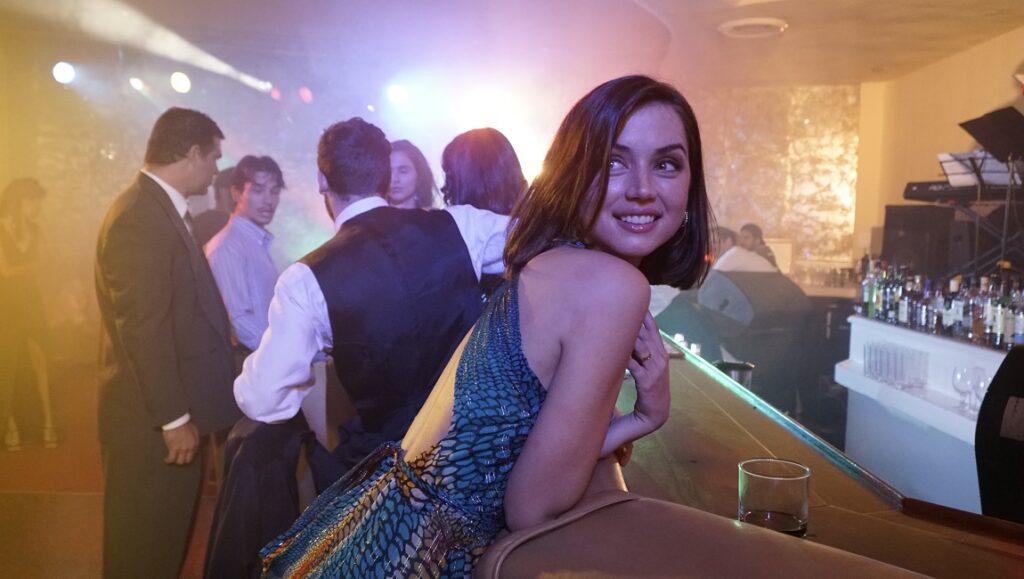 Olivier Assayas’s muddled and convoluted spy thriller Wasp Network is based on the true story of the titular operation, in which Cuban nationals, posing as defectors from Castro’s regime, were actually working for the Cuban government, infiltrating Miami-based anti-Castro groups, reporting on their activities, and squashing their plots. What’s immediately striking about Wasp Network is that it’s not really a film. It looks and feels like a truncated TV series, with at least four plot strands that have very little room to breathe. This was made on a limited budget, and it shows. It boasts two accomplished cinematographers (Yorick Le Saux and Denis Lenoir), yet the visuals are exceedingly bland and undistinguished. The film has apparently been recut since its Venice premiere, reportedly to clarify its knotted narrative, but judging by the final product, it’s hard to detect any improvements. For example, one major plot strand involves a married couple (Edgar Ramirez and Penelope Cruz) in Cuba; the husband defects to the U.S., without giving his wife or daughter any kind of heads-up, leaving them to fend for themselves and face the scorn of their neighbors for having a traitor as a husband and father. The husband eventually sends for his wife and daughter, and they finally learn the true nature of his activities in the U.S. However, the wife is not so easily forgiving of the grief and uncertainty he put his family through. This has the potential to be a strong emotional anchor for the international espionage. But it’s so diffusely spread out across the film and sandwiched between so many other incidents, that any dramatic potency is diluted and weakened. It also doesn’t help that Assayas seems to take no discernible stance on any of the events depicted, making the film just as thematically bland as it is visually undistinguished. Its inclusion in prestigious festivals seems based much more on its director’s reputation than on any of the film’s actual merits.  Christopher Bourne

Situated in a tent camp within Lebanon’s Beqaa Valley, Bitter Bread follows a number of Syrian refugees, separated from their homes by war and snow-capped mountains, as the travail of their everyday existence is brought to light. Director Abbas Fahdel sews together the experience from his time there, capturing moments that reflect not only the naked honesty of a hapless people, but also the exploitation that befalls them – as it does anyone in such circumstances. Children constitute much of the inhabitants of the camp, featuring extensively to interact with Fahdel’s camera or to be prompted into dialogue with one another, speaking of their past and everything that summates in their present moment. Many have now lived in the tent camp for years, growing up in a limbo space which, quite explicitly, is shown to not belong to them through the restrictions placed on tent extensions and the tax the shawish (the camp administrator) places on wages. Often reiterated is the fact of the refugees’ debt to the shawish and the local store; many inhabitants have no money to pay for their subsistence and thus are forced into promises that will only be paid months afterwards – opening the question of the possibility of their eventual departure. Fahdel often refers back to the river of open sewage that runs alongside the camp, a kind of master shot around which the action of the camp takes place, obviously a damnable sight when considering its hygienic consequences but also symbolic for the endless current of suffering which runs through these refugees lives (and especially so when, bombarded by rainfall, the camp floods and fills a portion of tents with undoubtedly putrid water). One of the residents speaks of his desire to bring his fiancée to the camp, yet without money to do so they remain separated and able to communicate only via telephone. Indeed, unemployment and meagre wages resign even the children to labour: the boys work throughout the year and the girls stop during the winter months, not altogether too different from a system of indentured servitude. Bitter Bread is a film of forgotten voices belonging to bodies imprisoned all too close to home; in that sense, this is an extremely urgent film, one that cries out for its subjects to be recognised before they meet the fate forced onto them as members of the Global South. Sam Redfern 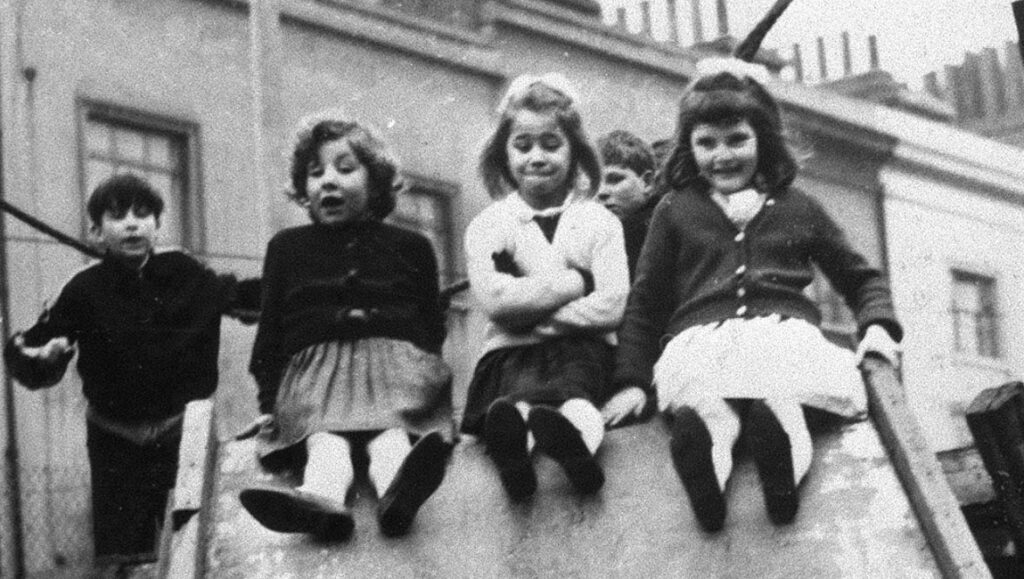 For the past 55 years, Michael Apted has embarked on a project that is both a landmark documentary film series and the ultimate reality TV program. Since 1964, Apted has followed the lives of a group of 14 representative British citizens from varied backgrounds, starting from the age of 7 and checking back in with them every seven years. The first film was called Seven Up!, and there have been eight more installments since; hence, the title of the latest is 63 Up, which aired on British television earlier this year as a three-part, three-hour miniseries, but will be released abroad theatrically with roughly 45 minutes shaved off. The overarching thesis of the series is stated thusly: “Give me a child up to the age of seven, and I will show you the man.” The gendered specificity of that statement points out one of the limitations of this project; namely, its baked-in sexism. One of the women subjects sharply calls Apted out on this, pointing out the overwhelmingly family- and marriage-based nature of Apted’s questioning of the women participants, as opposed to the broader subject matter that constitutes his interviews with the men. It’s a startling, provocative moment that briefly disrupts the relatively genteel atmosphere of the rest of the film. Apted’s socio-cinematic experiment is demographically limited as well: with a single exception, all the subjects are white, and all the romantic relationships are of a heteronormative nature. Despite these limitations, however, 63 Up remains a compelling, often moving document. The film constantly cuts across each participant’s filmed lifetime, alternating between various versions of their older and younger selves. Even though this is as real as reality gets, the cinematic effect is that of time travel science fiction, with each participant effectually speaking to themselves across the years. Since the subjects are now roughly at retirement age, mortality is a major concern of all the participants, and in this latest installment the inevitable occurs: one of their number passes away, a death in the family, as it were. The personal and the political are given equal weight here. Besides the family dramas, Britain’s changing social and economic climate, as well as the effects of the Brexit referendum, are touched upon. So as with the series’ previous segments, one is largely left with admiration for the continued dedication of both Apted and his subjects, and this time left with a more affecting hope that enough of them remain aboveground to make a 70 Up possible. Christopher Bourne

Although it’s ostensibly science-fiction, The Tree House is a film grounded in the past, present and future — or perhaps it occupies the gaps in between? Narrating from Mars (a location never seen, only referenced), director Truong Minh Quý leads us through the caverns of the image-memories belonging to a long-hidden ethnic group of the Vietnamese jungle, the Rục people, before branching off into a father-son dialogue. Throughout the film’s various time frames, the Rục people are witnessed at different stages in their forcible departure from home, which leads to their eventual demise in a possible future. First, they are shown on film taken by American soldiers during the war, who cleared Rục tree houses to prevent North Vietnamese soldiers from making use of them; later, as figures returning to the caves of their past to speak about everything and everyone lost; and then finally, as specters rendered in negatives. Split-screen is used twice to conjunct these moments in time, with the grainy footage of American soldiers relocating the Rục people contrasted against the same kind of tree houses now empty — thus were the Rục’s images stolen and reduced to image-memories. Viewed from the future, these fragments cycle through the same symbols, now drained of vitality. It’s suggested that the Rục were pushed forward 1000 years in their evolution by being taught how to grow and harvest rice, yet they were wrenched from their abodes for that to happen. Modernity’s desire for homogenization led them from their caves. And so, now, split-screen is used to contrast the realm of the living and the dead, establishing a dialogue between the two, each seen in positive and negative images that combine into a nullified present of an endangered people. Through the narrator’s words and his dialogue with his father, it becomes clear that imagemaking and its function as a form of memory is of central importance here, illustrating for some unseen audience that memories depend on images and that forgetting means losing a part of oneself. Minh Quý’s journey throughout the film thus plays as an ethnographic exhumation mediated by his own personal reflections and worries that this unseen future — where one’s beginnings have been forgotten — will become reality and that, like the Rục, we will be forced from everything that once was dear. Sam Redfern 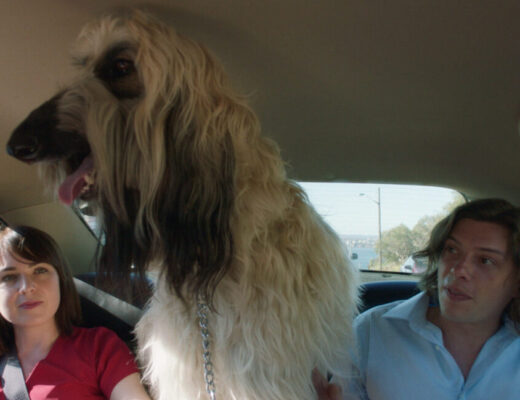 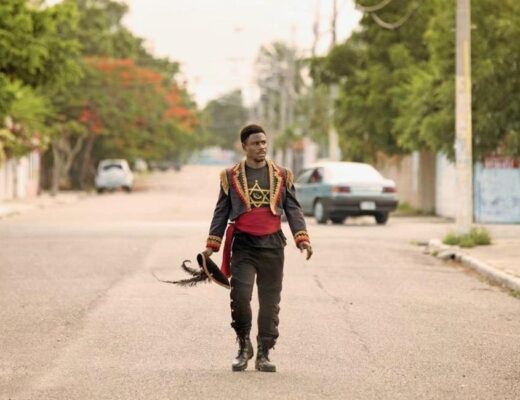 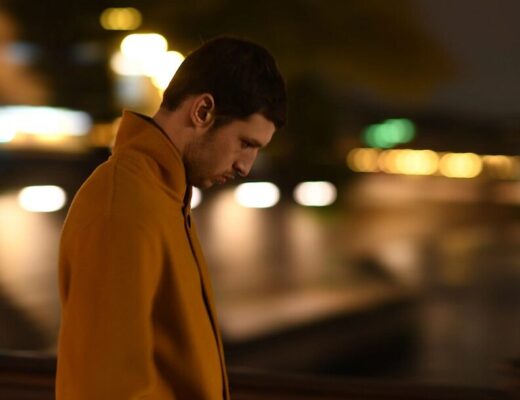 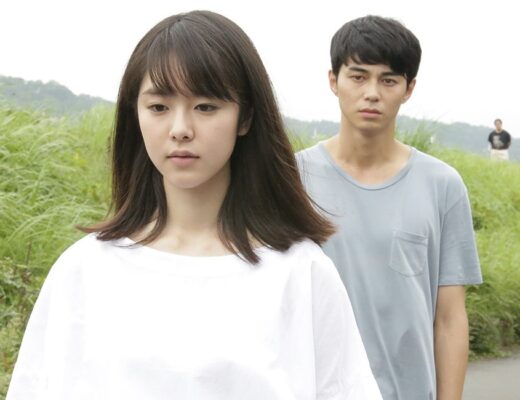 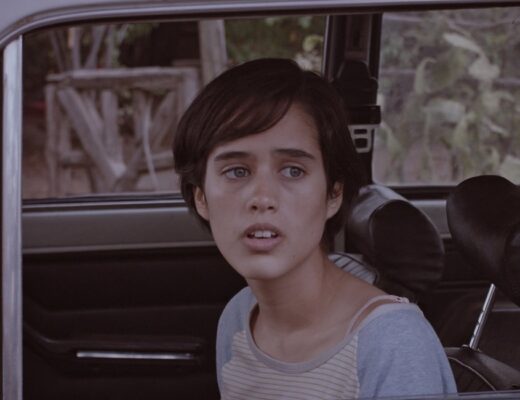