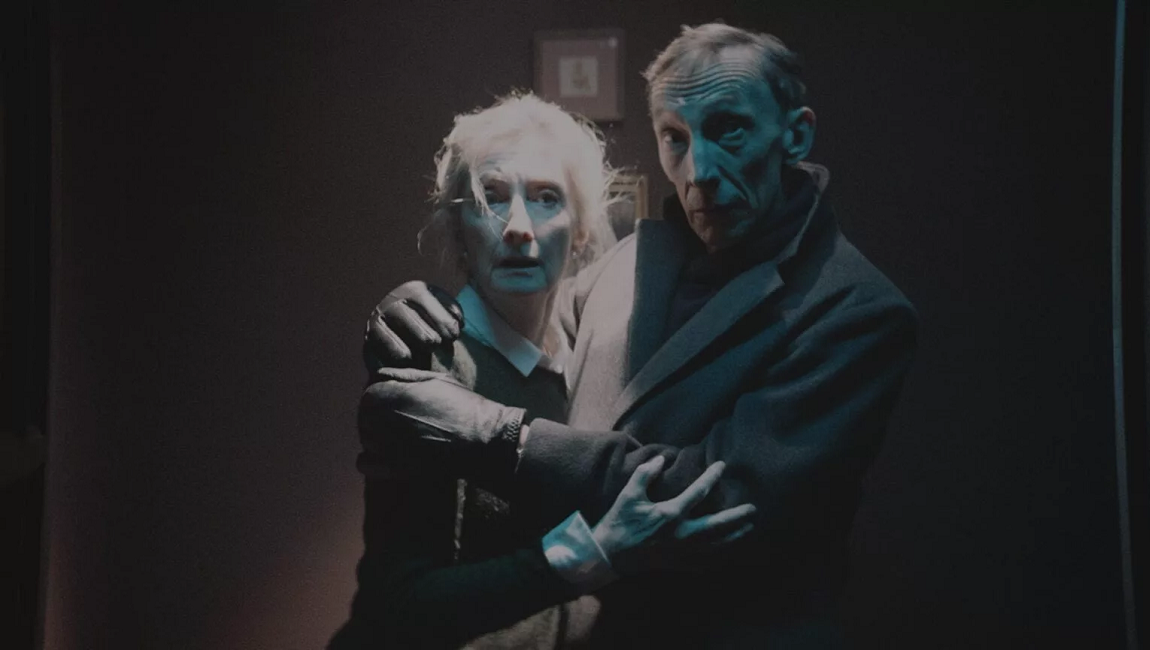 Anything for Jackson | Justin G. Dyck

Anything for Jackson successfully manages the tricky balancing act of melding early comedy into outright terror.

As festival season has gone mostly digital this year, we here at InRO have been able to cover a lot of films from all over the world. Of course, certain trends and patterns appear over time, not least of which is that, for genre fans at least, it’s apparently still shockingly difficult to make a good horror-comedy. The shadow of Sam Raimi and his Evil Dead trilogy looms large, and yet very few have figured out how to replicate its mix of broad humor and gross-out gore. So we are very happy to report that Anything for Jackson, directed by Justin G. Dyck, is a total blast, a welcome bit of pitch-black gallows comedy that still manages some downright creepy vibes and a few great, disgusting moments. In other words, it’s a blast.

Sheila McCarthy and Julian Richings are Audrey and Henry Walsh, an older couple who are mourning the loss of their daughter and grandson, Jackson. They’re fairly prim and proper, with a spacious, well-appointed home, and have the easy rapport of long-married people. They’re also Satanists who have kidnapped a pregnant woman (Konstantina Mantelos) in an effort to summon Jackson’s spirit into the unborn child’s body. Dyck sets up the narrative with brisk economy; it’s funny that these delightful old folks are Satan worshipers, but Dyck and screenwriter Keith Cooper don’t belabor the joke. McCarthy and Richings are perfectly cast as the Walsh’s, who have the resources to meticulously plan this supernatural ceremony but are still clearly in over their heads (early scenes of them getting Mantelos into their home and then reading her a polite, pre-written statement about her abduction are particularly funny). But things go south quickly, as the spell goes awry and summons various spirits, all clamoring to be reborn, as well as the attention of a nosy handyman and a police detective investigating Mantelos’ disappearance.

Dyck carefully orchestrates the gradual escalation from comedy to outright terror, as the apparitions get more aggressive (and bloodier). No one here is winking or playing down to the material; instead, the filmmakers understand that villains are more interesting when their motivations are relatable. The Walsh’s are clearly doing the wrong thing (and are aware of it; these aren’t mustache-twirling villains) but for the (they believe) right reasons. Their grief has superseded their morality.  There’s palpable regret when they see the mayhem they’ve unleashed, their upbeat optimism over resurrecting their beloved grandchild curdling into a fearful resignation. It’s a tricky balancing act, and everyone involved here pulls it off with aplomb. Anything for Jackson is a rare treat, just in time for Halloween.

You can currently stream Justin G. Dyck’s Anything for Jackson on Shudder.

The Worst Person in the World — Joachim Trier