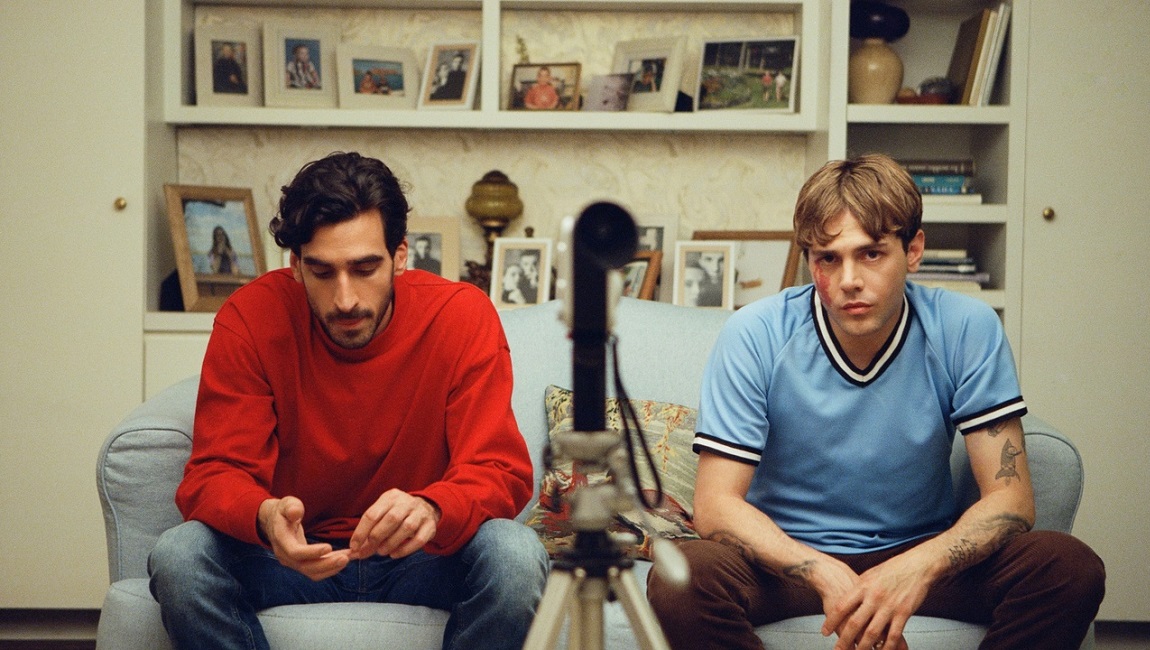 Dolan’s latest intrigues in deviating from the director’s familiar mode, but its busyness never fully distills into any cogent statement.

Matthias & Maxime, the 2019 Cannes competition nominee and most recent film of Canadian actor-director-producer-writer-editor Xavier Dolan, will be familiar fare to those who have kept an eager and watchful eye on the critically-acclaimed and prodigiously prolific young filmmaker over the course of the last decade. Themes that have held strong across Dolan’s filmography (e.g. often doomed or difficult romance, tempestuous mother-son relationships, psychological struggle among LGBTQ people, social alienation on the basis of said sexualities) recur in what may also be the first work of the director to openly break with the melancholy approach often taken to a number of these long-held conceits. Following the titular male pair, Matthias (Gabriel D’Almeida Freitas) and Maxime (Xavier Dolan), the film tracks a crisis of sexual and relational identity that surfaces between the two after the former loses a bet that results in each having to kiss the other in a short film, the consequences of which come to affect every dimension of the narrative — Matthias’ dissatisfaction with his job at a law firm is further compounded and the long-term relationship with his partner Sarah (Marilyn Castonguay) is upended, while Maxime’s intentions to move to Australia to escape the difficulties of managing his abusive, formerly drug-addicted mother (Anne Dorval) become unbalanced; the film is structured toward this would-be event as a sort of ticking clock.

One can, here, sense where Matthias & Maxime bears resemblance to a number of Dolan’s former works that treat similar themes with a somber and uncompromising eye; yet where those films traded in more explicitly violent, exterior antagonism, Matthias & Maxime opts for a more interiorized and repressed treatment of homophobia and domestic discontent that personalizes and isolates the issues that occupy the narrative (e.g. the subplot between Maxime and his mother is shared by no one other than these two) such that their overcoming is fashioned into a matter of individual choice and internal purgation. This is to say that the film ends — in something of a rarity for Dolan — on a triumphant note for the pair, and one’s mileage with it will depend a great deal on how one feels about the interior treatment with which the film handles its content.

Yet, beyond a survey of inter-filmographic themes and the merits of the film’s plot, Dolan peppers the work with meta-formal allusions and sociological analysis that are curious on their own terms. Firstly, it is an aspiring director, Lisa (Catherine Brunet), who instigates the film’s events with her short film, and stands — in her youthfulness — as a surrogate for the director himself, as much a point of identification as (self-)critique. This dual treatment surfaces as an inquiry into the nature of aestheticizing emotional pain and conflict, first in the short film — with its apparent “expressionist but also impressionist” rendering of the kiss that irreverently unlocks a cascade of feeling she hasn’t the maturity or interest to consider. Dolan attempts to, at once, thread or match Lisa’s fictive aesthetic aims: he employs impressionist montage that filters reflection and struggle through Matthias and Maxime’s fragmented, sensory perception of Montreal; he also utilizes an expressionist presentation of the wit and banter of social situations that conceives of conversation as if it were an action sequence, with all the requisite jagged cuts and frantic push-ins. This treatment also attends to the emotional turmoil the in-film director has let loose. It seems unlikely Dolan does not here have his own prior work in mind, questioning to what extent he has ill-treated pain; but even as he does so, there is no judgment placed on Lisa and her youthfulness — if anything, it is framed as much as a positive attribute as it is a limitation. Lisa spells the matter out to Matthias and Maxime, highlighting a generation gap that sees the older male friends burdened with an ironic distance toward their own emotions (a point made by featuring “My Way” by Limp Bizkit in the film, for what are Bizkit but the archetypal music of ironic enjoyment) that Lisa and her contemporaries do not know in the same way.

Relatedly, it is also suggested that a sexual fluidity native to a younger social group has passed an older one by, and perhaps explains Dolan’s decision to express the film’s central conflict as an internal one without much external antagonism: as his generation has largely gotten on board with the changed mores of the Western world, the matter of internalized homophobia is here easily represented as a matter of an individual case in which the protagonists are suddenly confronted with actually living an otherwise intellectual acceptance of openness to alternate sexualities. It’s a busy film, and perhaps too much so, for just as the viewer may feel Dolan eventually signaling the sort of saccharine conclusion typical of this kind of work, the decision to not commit to it is emblematic of the film on all fronts: little dealt with throughout (aesthetically, meta-filmically, thematically, dramatically) resolves into anything resembling a cogent thesis, and such avoidance — or failure to balance ambition with runtime — while curious, leads to a film so cursory in its handling of serious matters that it can only really be termed a disappointment from a director known for precisely the opposite.

You can currently stream Xavier Dolan’s Matthias & Maxime on Mubi. 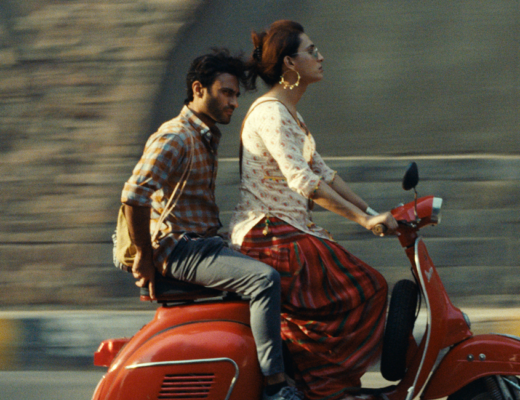 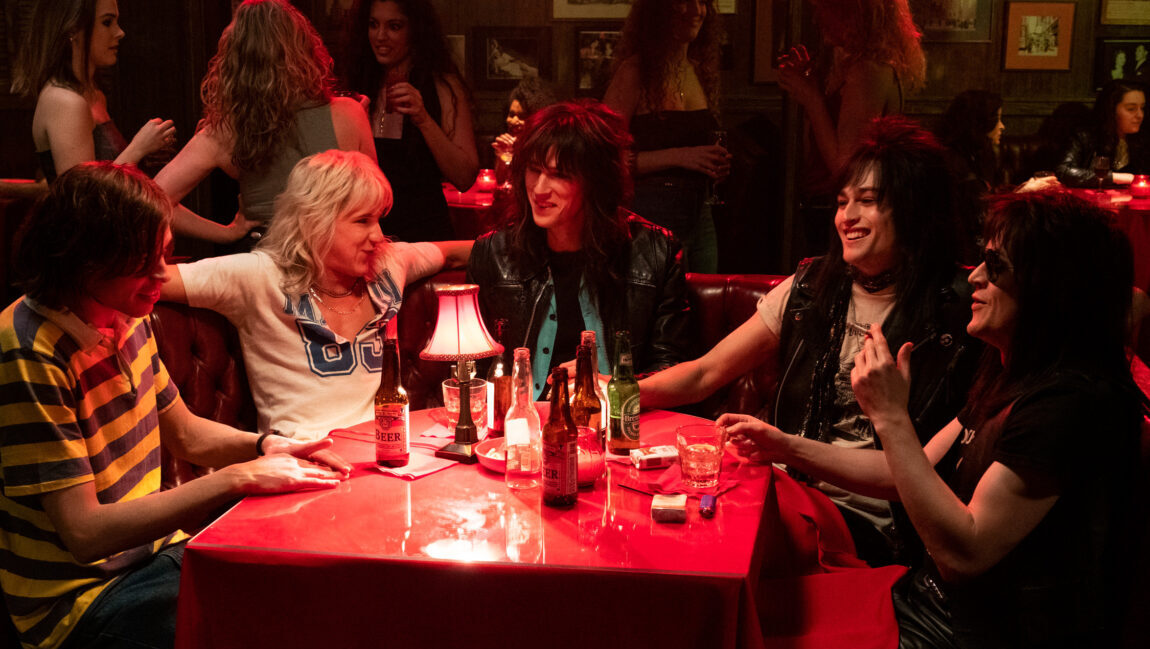 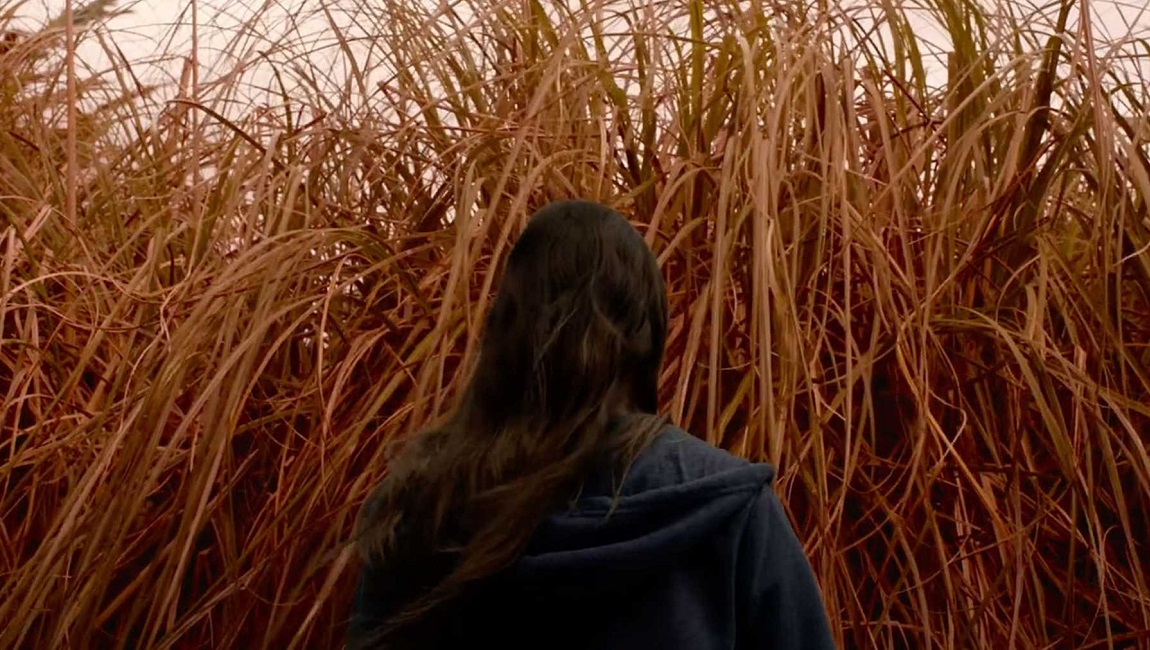